How Vigyanrath, a van with 2,5000 experiments packed in it, is taking science to rural TN

The travelling laboratory, which is operational every Monday to Friday, has been on the move since its inception in 2009

It has been said that an ounce of practice is better than tons of theory. A propounder of this thought is Dr Pasupathy, Founder of Parikshan Charitable Trust, whose mobile science laboratory, Vigyanrath, has been helping children fall in love with Science. "Vigyanrath was born with the idea of 334 concepts, packing 2,500 possible experiments in a van and taking them to children across schools in Tamil Nadu."

The travelling laboratory, which is operational every Monday to Friday, has been on the move since its inception in 2009. A teacher accompanies the van to remote corners of the state, explaining simple concepts like density, pressure, gravity and basic-acid reaction through easy-to-do science experiments.

For Dr Pasupathy, who is a food scientist, the initiative strives to tap the native intelligence of children. "All the premium courses in the country are for people who are proficient in English or Mathematics and who want to get into the IITs and IIMs. If you don't speak English, then you are seen as a second citizen in the country and because of this, we are losing a lot of native intelligence. I thought that this was unfair," he says. 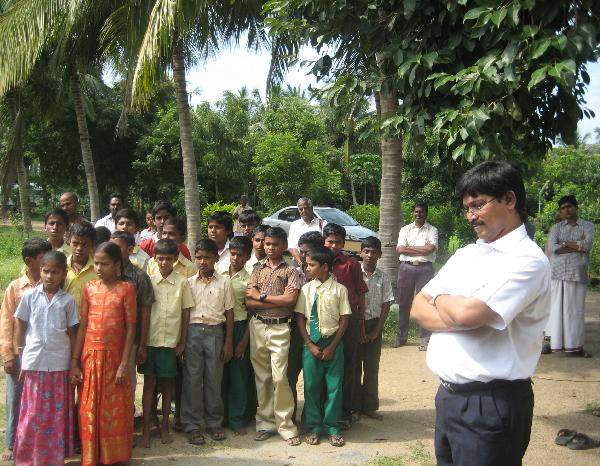 Science matters: Dr Pasupathy, the founder of Parikshan Charitable Trust, set up Vigyanrath with an aim to help children find their love for science

Reiterating on the need to preserve native intelligence, Arivarasan V, the Programme Director of Vigyanrath, says that most of their concepts are delivered in a way that children can associate with the things that are around them. "The basic understanding of children in each district is unique to the area that they are in. So, it is important for us to tap that intelligence rather than try to tame it. In order to do that, we first conduct the experiment, then define the concept to them and move to tell a story regarding the concept, thus ensuring that they understand everything that we say," he explains.

It is Arivarasan, who holds a double degree from Anna University, who decides the content that is to be delivered to the children. "We mostly get the content from YouTube and rare Science books. After selecting interesting and easy-to-do experiments, I work on them at our lab in Guindy. Once the experiments are finalised, we take them to the children," he adds. 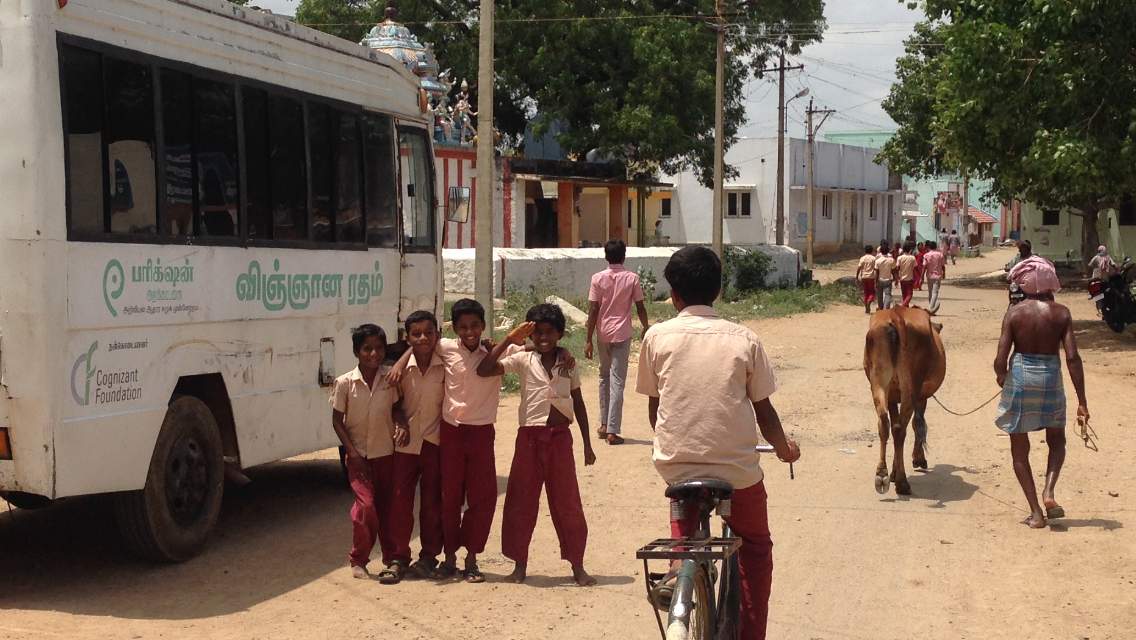 Scientific wheels: Since its inception  in 2009, Vigyanrath was able to take their science experiments to 10,00,000 children across Tamil Nadu

"We started our first project in September 2009 in the Thiruvallur district. After covering most government and government-aided schools there, we proceeded to other districts in the state," recalls Arivarasan. As of now, with just one teacher, a driver and a van, around 10,00,000 children across seven districts have benefitted from their initiative.

The organisation that started their journey with contributions from their friends and family, now follows a sustainable model to fund their travel and spends on the equipment needed for the experiments. "Around April-May, we hold an annual science fair in Chennai for a nominal fee. We mostly use this money to fund our initiative and apart from that, there are also certain NGOs that help us raise money," Arivarasan explains.

As for their future plans, they want to make Vigyanrath a pan-India initiative and tap the hidden talents among children. "There are a lot of scientific breakthroughs happening among children and we want to identify these talents and develop these into experiments to help other children. Also, we hope to cover the whole of Tamil Nadu and then India as well," says Arivarasan.