Hyderabad-based Jasper Paul's NGO Second Chance, have been rescuing dying people from the street and providing them with proper care showing us how every life matters

Jasper Paul is only 22 but he has witnessed more death in his life than anyone his age,  "A number of people have died in my arms and for many, I have done their last rites," he says. Jasper is the founder of the Second Chance, a Hyderabad based NGO that rescues destitute from the streets who are on the brink of death.

It was a near-death experience that altered his perception about life altogether, "In 2014, I met with an accident, the car that I travelled in flipped thrice but I managed to get out without a single scratch on my body," recalls Jasper. Helping hand: Jasper had just turned 22-years-old when he started The Second Chance and he hopes to expand his work across India

For the then 19-year-old Jasper, it was a moment of realisation that he has to do something meaningful with his life. Exactly two months after his accident, he happened to see an elderly woman in an extremely bad condition on the road. "The old woman was lying on the Secunderabad Station road and she was in a bad condition. I saw her and left but later that day, I realised that I saw her for a reason," says Jasper. So, he came back and took a closer look at her, Jasper realised then that she had a serious injury. She had maggots on her body and ants running all over her.

"I just couldn't let her stay in that state so I took her to the nearest hospital. I posted a video of it on Facebook," says Jasper.  The video soon went viral and the woman's family got in touch with him and took her home. "It was at that moment when I realised this is what I want to do for the rest of my life," Jasper adds. 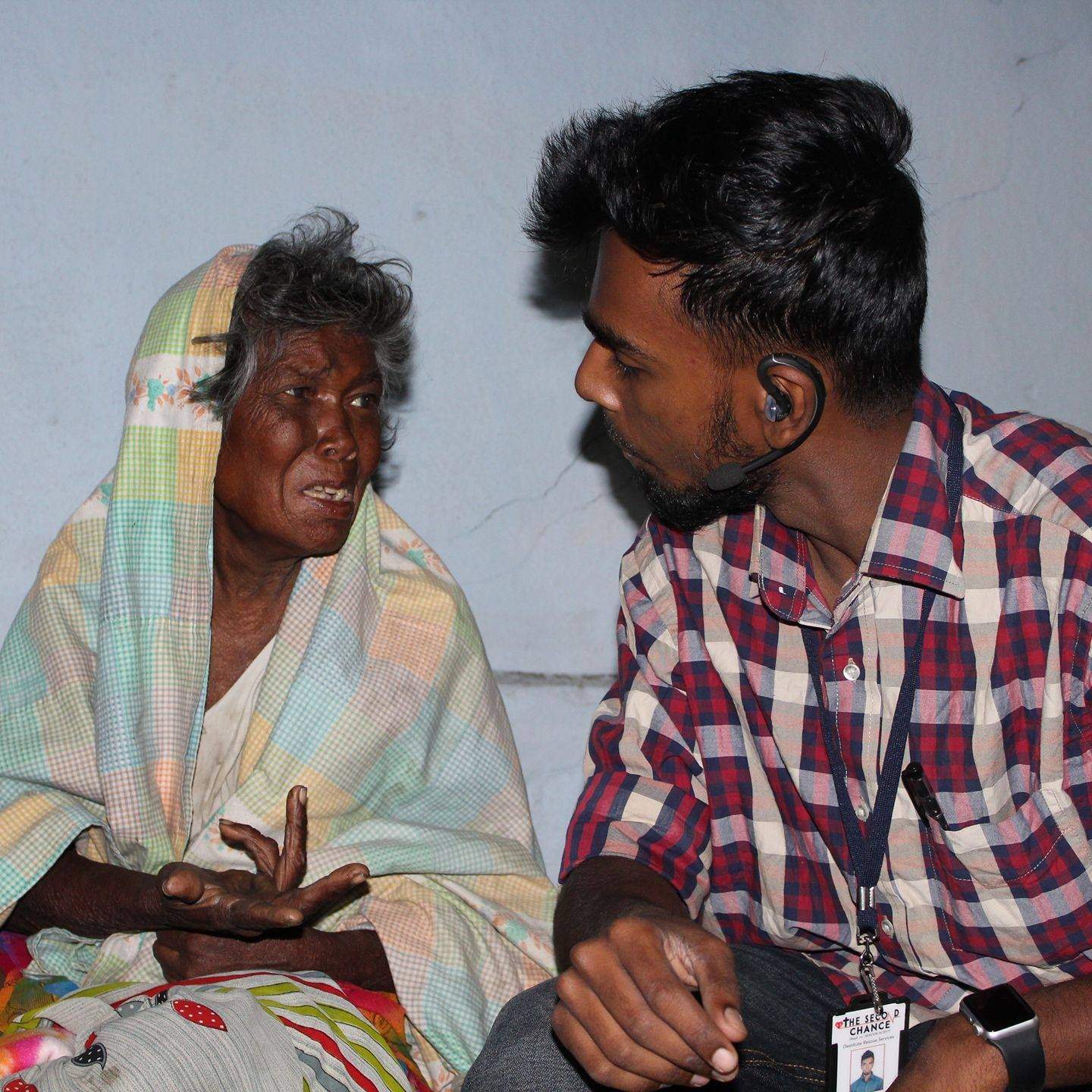 From the brink: Jasper believes in giving best facilities to the people he has rescued and his shelter homes currently house 50 people

"We deal with death on a regular basis and for me this what I want to do for the rest of my life," says Jasper, who is an engineering graduate. At a time when most youngsters his age are thinking about a means to make it big in life, Jasper says that he didn't want to continue in that line as he was determined to do something different.

After two years of working for various homes across the city, Jasper set up Second Chance in March of last year. As of now, the NGO has three centres, operating from different rented spaces across the city.

Jasper who gets calls on a daily basis from strangers to rescue people, first authenticates the case before taking any action, "Many a time, people call me to take their own family members but we don't encourage that. Our work deals with people who are unknown and destitute and who are above the age of 40. As of now, I have been able to rescue close to 300 people from the street," says Jasper.

Once after this, his team of seven swings to action, "We have people to go out in the field and also to take care of the home. Once they are shifted to our home, doctors and paramedics visit our residents regularly," Jasper explains.

When asked about support from the government agencies, Jasper says that it is limited or close to none,"The offices do not support us except for referring cases. We don't really get any support in case of land or place and it's kind of tough," Jasper explains

As for their funding, they are presently dependent on contribution from good Samaritans," Even though it was hard for us to raise money initially, many people started supporting us seeing the way we work. I like to pamper all those people at home with what all I can and I make sure that they are given five star-treatment," Jasper says.