This Chennai FC is actually making kids study. Check out how

FC Madras coach Arindam Biswas convinces parents from all over the country to send their football-crazy kids to the field.

In a country that worships cricket, the hope of football becoming a popular sport is most likely improbable. A sport confined largely to certain pockets of the country, football is rarely seen as the top choice for an aspiring sportsperson. However, the fanbase of the sport has grown over the years. But even with more youngsters keen to take up the sport, the situation on the field remains grim. Lack of infrastructure, money and facilities has only ensured that Indian football lags behind its Asian peers.

To train potential football players, FC Madras (previously known as Mahogany Football Club) aims to provide them with the best facilities to practice their skills. Started in April 2006 with a 2,000 sq ft space at Bamboola Play School, R A Puram, Chennai and just two students, the club has come a long way in establishing itself as a breeding ground for young footballers. 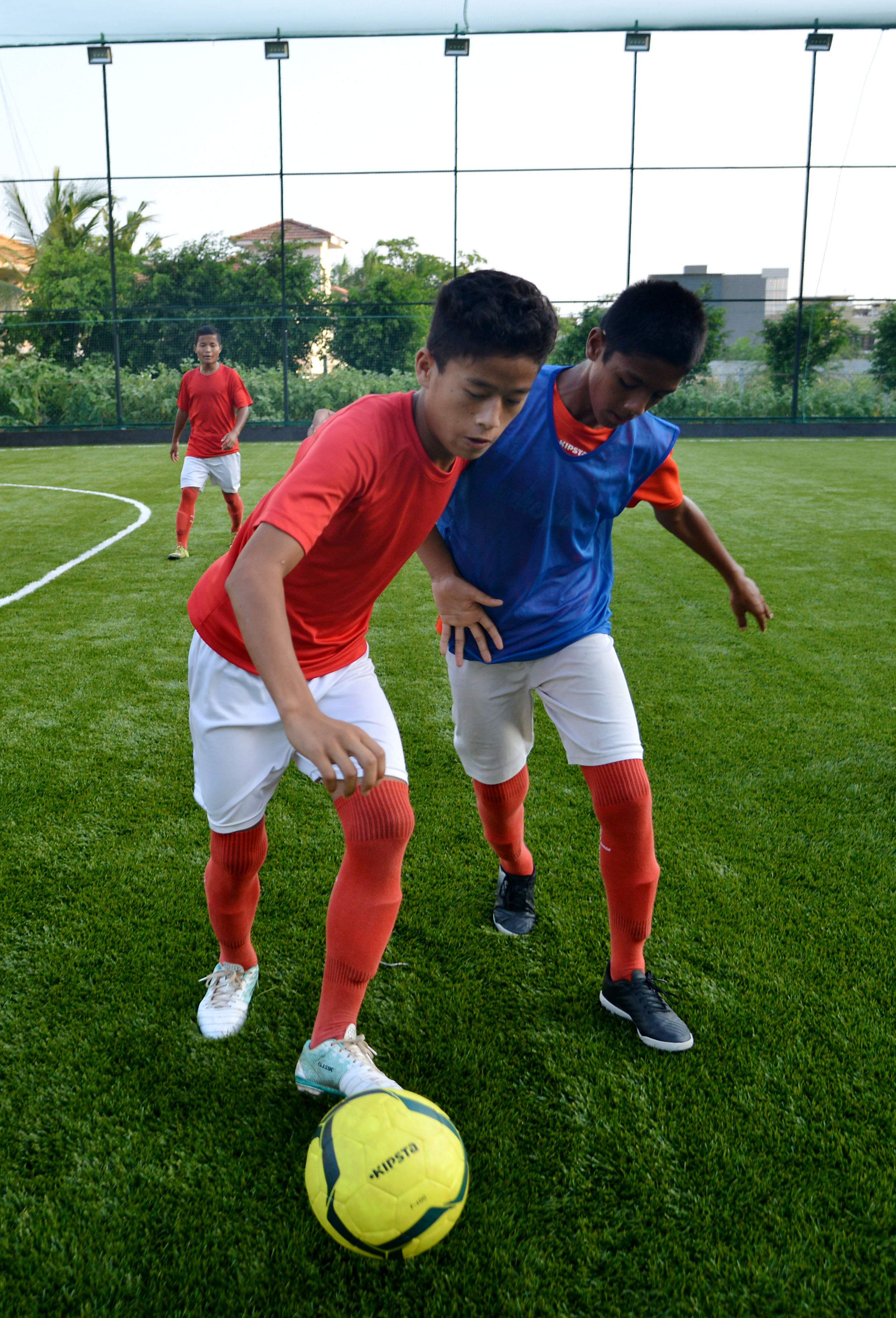 All game: The club organises training sessions on all weekdays and age group leagues and matches on weekends

"The primary focus then was to provide young players with a platform to play and develop their football skills. At that time, I noticed that playgrounds for children were very few. So, I decided to do something about it and provide potential players with facilities where they can practice and give their best on the field. That was the idea behind starting Mahogany Football Club," says Arindam Biswas, Head Coach and Founder of the club.

The club operates on a dual model — facilitating community football and developing professional football players. Community football is focused towards providing a safe and entertaining environment, where every football enthusiast is encouraged to participate in training programmes and matches. These programmes run on the 'pay and play' model, securing the club steady revenue for its sustenance. The developmental programmes, on the other hand, are focused on scouting talented football players and training them to achieve specific performance objectives, which, in turn, can lead to a career in football. Unlike recreational programmes, developmental programmes are cost centres and require substantial funding to keep the programmes running.

"We've had the centre at St Louis Institute for the Deaf and Blind, Gandhi Nagar for the last twelve years. We also started in Bengaluru one year, but we were unable to manage it, so we had to shut it down. We wanted to focus on Chennai and other districts in the state. We also have a few partner clubs in Madurai and Coimbatore," the 40-year-old says, adding that three years ago, the All India Football Federation (AIFF) started a league called the AIFF Youth League and theirs was the only team from Tamil Nadu to play in two years. 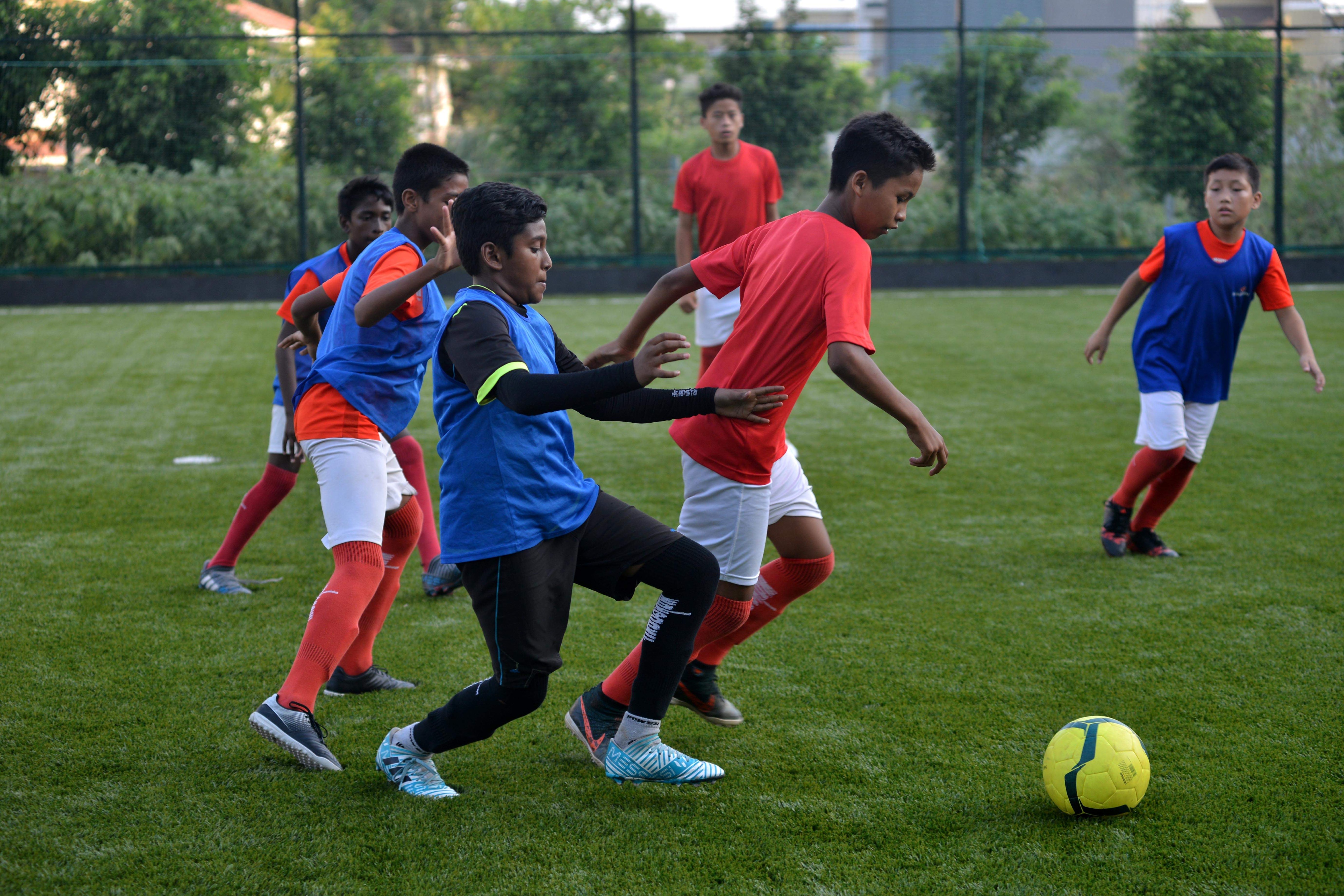 Summer fun: The club is organising football summer camps from April 21-May 10 at 15 venues across Chennai

FC Madras also brings in children from different cities and states to give them an opportunity to become professional football players. The coaches recently travelled all the way to Sikkim and Manipur to conduct trials and select the best players. This year, the club has established a hostel with the help of a few benefactors, who are also helping them establish a proper football club. "And we are changing the name to FC Madras as we feel people connect to the old name, Madras, more than Chennai. We're hoping that by renaming the club we'll be able to drive more people towards us and we need their support to grow," he says humbly.

It seems like the coaches have it all laid out. However, there were a few initial challenges."For the first couple of years, we really struggled financially. We had minimum funds when we began. We needed resources so that we could arrange for the kids’ schooling, food and hostel. The only money coming in at that point was the fee we were charging to coach other children, so we would use that to manage all our expenses," he adds.

It is also not easy for the coaches to convince parents to send their children to join a club in another city as most of them feel that being a professional footballer is not a promising career option for their children. "There have been instances where we have selected children on the basis of their trials, but they've had to back out because of parental pressure. On the other hand, there are some parents who do want their children to become professional players, but the facilities that the local football clubs provide are a demotivator for them. Their children were disappointed with the facilities provided to them at trials. 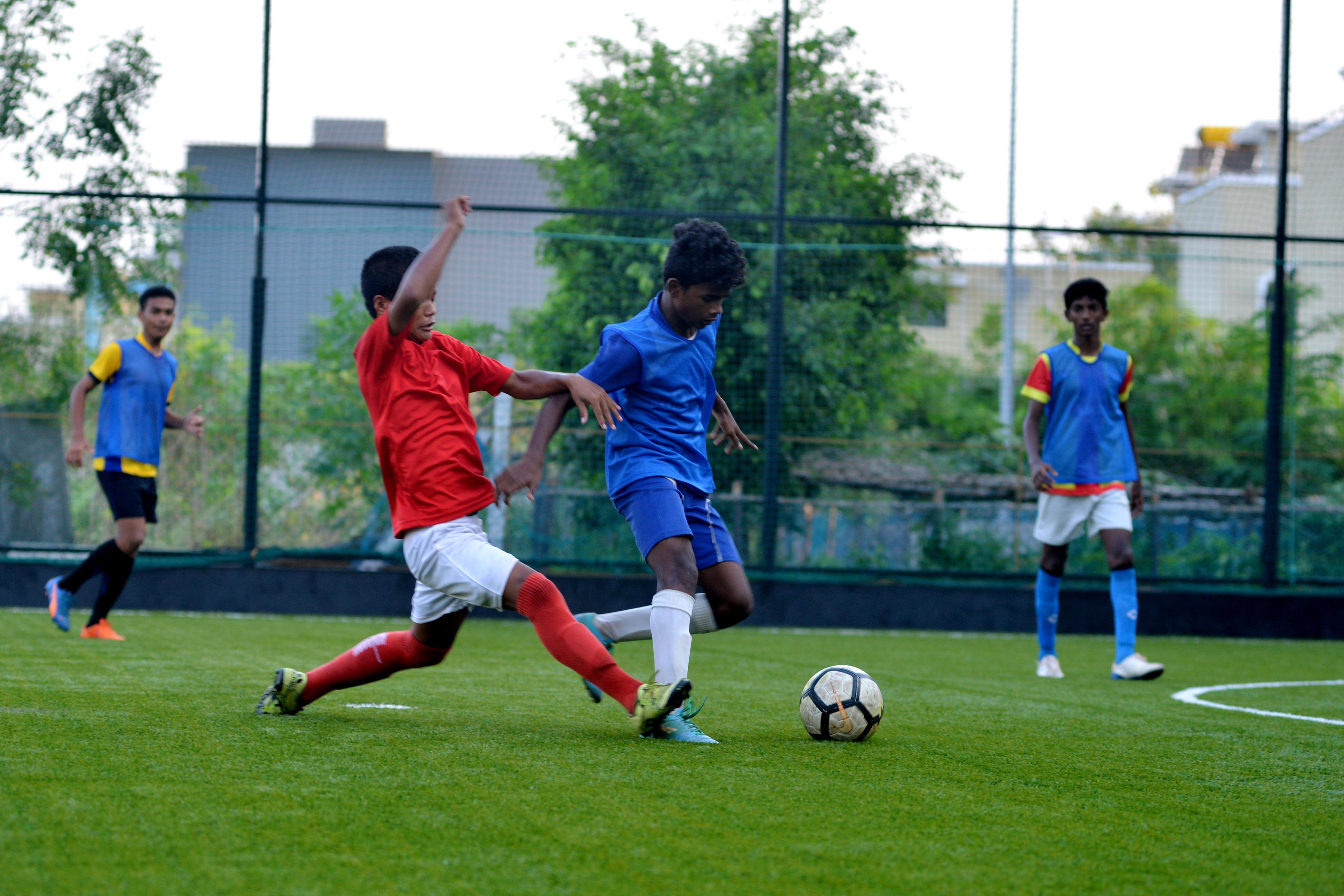 Score more: The summer camp curriculum will be designed by AFCA licenced coaches and will have separate batches for different age groups/levels

The premier institute that promotes sports in the country, Sports Authority of India, does not have an organised system of conducting training. When a parent visits the hostel of SAI, they immediately refrain from putting their children there. What stops the Central Government from releasing funds for sports? It's not like they don't have the money," says Arindam, asking the right question.

The art of balancing

So, to recap, children are brought down from other cities to train as professional football players, they are being provided a place to live and their food is taken of. What's the only other thing a child needs? Education, of course. To ensure that their education is not compromised, the club has partnered with APL Global School, who will be conducting classes from 3 pm to 6 pm. Some kids also attend Ramana Vidyalaya in Sholinganallur.
With an emphasis on performing well on the field, the stress of doing well in academics never bothers these children. For them, it's all about balance. "We've been taking in children from FC Madras for a while now. Some of the students perform well despite the rigorous practice schedule. They balance it very well. For students who struggle, we offer additional classes to ensure that they perform better. We don't just allow them to drop out of school," says Lalitha Chandrasekaran, Principal, Ramana Vidyalaya.

And if all this isn't enough, Arindam is also planning to start an in-house study centre so that the children can perform better academically. The club is also getting a full-sized modern pitch, which will be coming up in August this year —the first in the city. "All this is happening in a flash. Ten years ago I dreamt of all these facilities and luckily, our club is now first in line to have such facilities. People actually feel that our club is a good place to support or invest, or bring in a good system. If things go well, we will soon have a professional club apart from what we have now. FC Madras will have the best facilities in all possible ways. This is what we're looking at in the near future," he avers. Just in: On April 29, FC Madras launched its hostel in Thoraipakkam, which can house 40 children

Arindam is trying to bring in a system where, through his club, he can provide the children with good education and hostel facilities, and restore faith in sports as a career option. "There are a lot of children who look at sports as a career and I want to leave no stone unturned for them. The objective is to create a top-class facility to nurture talented football players in the country. By the year 2022, we aim to have dedicated training centres that will complement our coaching staff and scientific developmental programmes based on AIFF curriculum guidelines," he concludes.