Rahima Khatun has been liberating rural Muslim women in Bengal for three decades. This is her story

With women comprising 85% of its board members, Nari-O-Sishu Kalyan Kendra has been working for the cause of vulnerable women and children in southern West Bengal for more than two decades

The 1978 West Bengal flood submerged much of the southern districts in the state, killing at least 50 people and affecting a minimum of 20 lakh. With their homes destroyed and acres of paddy fields under water, the villagers were clinging on for dear life, with little hope for survival.

Seeing the dismal state, a group of nine young women couldn't just stand back and watch the sorry state of the people. So, they decided to form an organisation to rehabilitate the flood victims and provide them with livelihood options so as to help them overcome the economic set-back faced at the onset of the flood. Nari-O-Sishu Kalyan Kendra (NOKK) was formed in the year 1979 as a means to tackle an environmental hazard, however, over the years it has turned itself into a platform for rural Muslim women to aspire and turn themselves into empowered women. "Our sole intention back then and now is to uplift marginalised women and children. We started off in the aftermath of the flood, but today, we want to liberate as many Muslim women as possible from the clutches of patriarchy and help them realise their full potential," says Rahima Khatun, Secretary, NOKK. 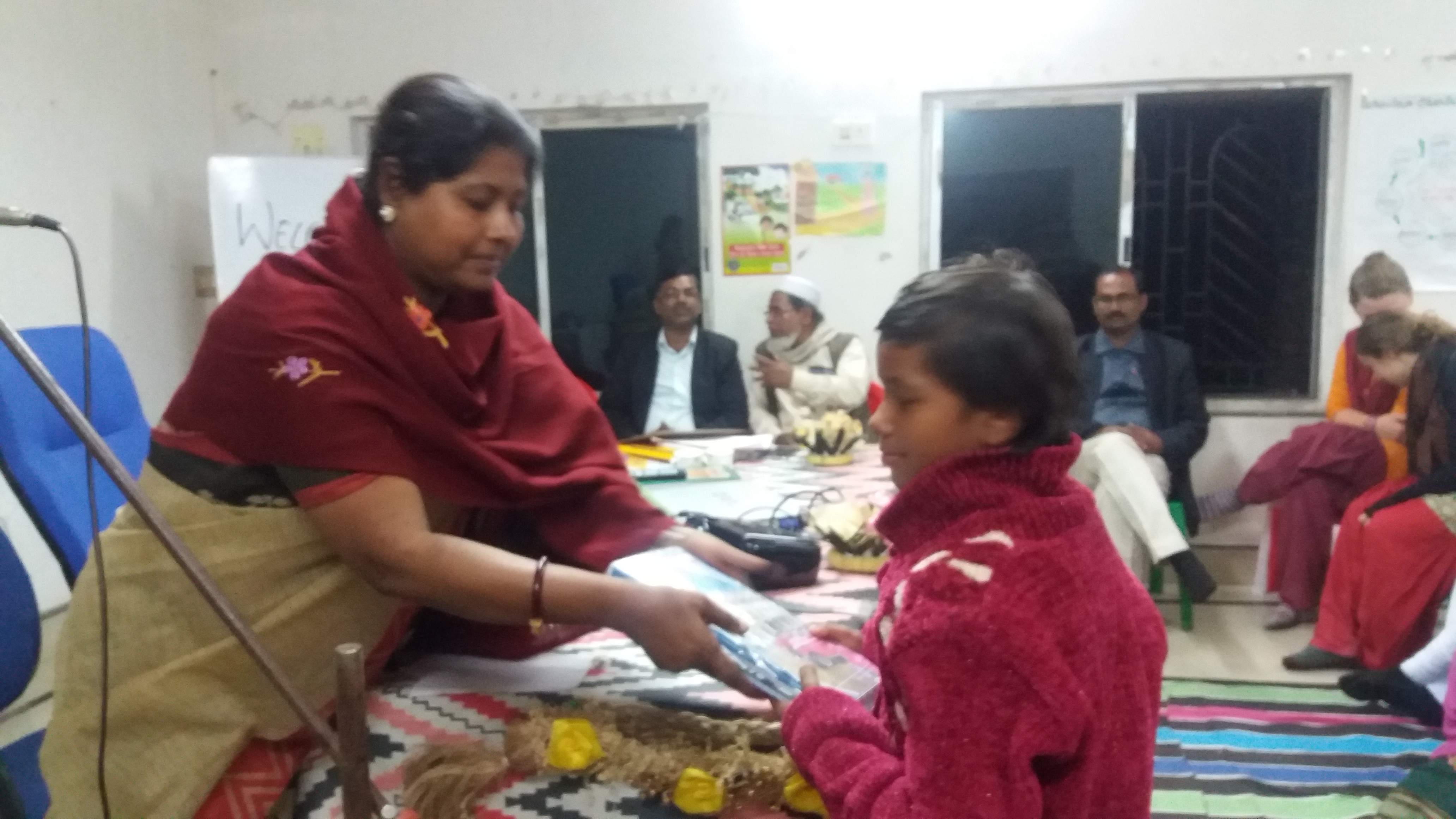 With 4.3 crore illiterate Muslim women in the country, the community has been one of the most disadvantaged, educationally. Rahima, as one of the strongest pillars of the organisation, has been successfully navigating the organisation in identifying the challenges that women and children face and has been constantly redefining their organisational goal. Presently, under her supervision, the organisation has spread their influence to Howrah, Murshidabad, Uttar Dinajpur, Dakshin Dinajpur and in the Sundarbans areas of  West Bengal and their programmes cover the rights of the women, their livelihood, financial security, unemployment, illiteracy, child welfare, women education and sanitation to name a few.

One of their most successful interventions was the setting up of the Freedom Group Napkin Centre, through which the  organisation is promoting the twin objective of healthy sanitation among girls, while encouraging their entrepreneurial skills. "The sanitary napkins that are made at the centre are distributed free of cost among young school-going students and the group members sell the rest, which fetch us enough money to run the unit. It's a sustainable model through which we want to promote healthy living while showing them that even sanitary napkin making can be a feasible livelihood option," Rahima adds. 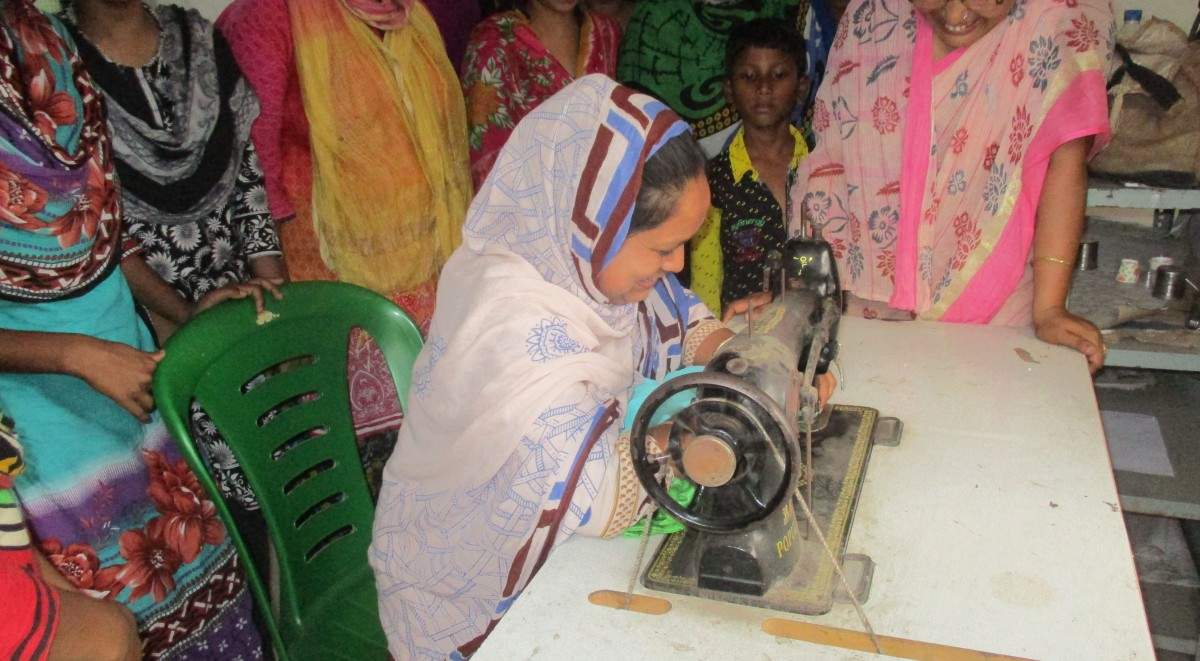 Hands on: At the NOKK's Karwaan centre, women are taught tailoring and beautician courses as a means for job creation

According to her, when the organisation started off, the immediate challenge before them was to tackle the abysmal state of education among young women, but now she feels that the challenge is to help these young women find appropriate jobs. "Right now, everyone is talking about getting our women educated, but they don't realise that a woman's aspirations don't stop with mere education and they don't seem to be talking about how to create more jobs. In the course of 39 years, we have managed to tackle issues like the dipping school dropout rate and have put many children through school, but now, these educated girls are faced with the challenge of finding the right job," says Khatun. As a result of which NOKK initiated the formation of community-based Self-Help Groups (SHGs) to generate a livelihood. "Our livelihood mission encompasses many programmes like hand embroidery and sanitary napkin making, but of late we have been training women in non-traditional areas like mobile repair and electrical works for job readiness," she adds.

At their Karwaan Centre, young women are taught tailoring and beautician courses. "We run the course three times a week and presently we have 20-30 attendees between the age group of 14 to 35. The main idea behind the centre is to make women more self-reliant and give them more livelihood options," Rahima says.

Despite her long and strenuous journey in the field of women's right, Rahima still feels that they have a long way to go before attaining what she and her organisation have envisioned — a society free from the forces of patriarchy and one which is more peaceful and harmonious. "In the long run, NOKK hopes to open a women's educational centre and I want to take up more social causes in that area," says Rahima.

On the question of what her message would be for women on this Women's Day, she says, "I am more hopeful that more and more people, especially women, would come forward to make this world a better place to live in."