Sayali Dhale is a final year Mechanical Engineering student, is a part of Team Nemesis Racing, a motorsport team from the College of Engineering, Pune that designs and fabricates ATVs

While the world of sports is opening up for women, some adventure sports are still viewed as a male-dominated domain, especially in India. But fighting for this change is Sayali Dhale, who is breaking the gender stigmas and societal stereotypes attached to off-road sports, which are often considered ‘manly’. Sayali, who is Pune's first female ATV (all-terrain vehicle) rider, and her team bagged the fourth position at Baja SAE Maryland, the intercollegiate design competition organised by the Society of Automotive Engineers (SAE), which took place in April.

Sayali, who is a final year Mechanical Engineering student, is a part of Team Nemesis Racing, a motorsport team from the College of Engineering, Pune (CoEP) that designs and fabricates ATVs. The team, which has been participating in SAE events since 2007, has been an active participant at Baja SAE India and has been crowned winners six times. "I joined the team two years ago and since then, there has been no turning back. I feel like this is one of the best decisions of my life; I have learnt so much because of them. I was the suspension head, accounts head and the rider of the team. I was responsible for designing and manufacturing the suspension system and handling the finances of the team with a budget of `28 lakh," says the 22-year-old. 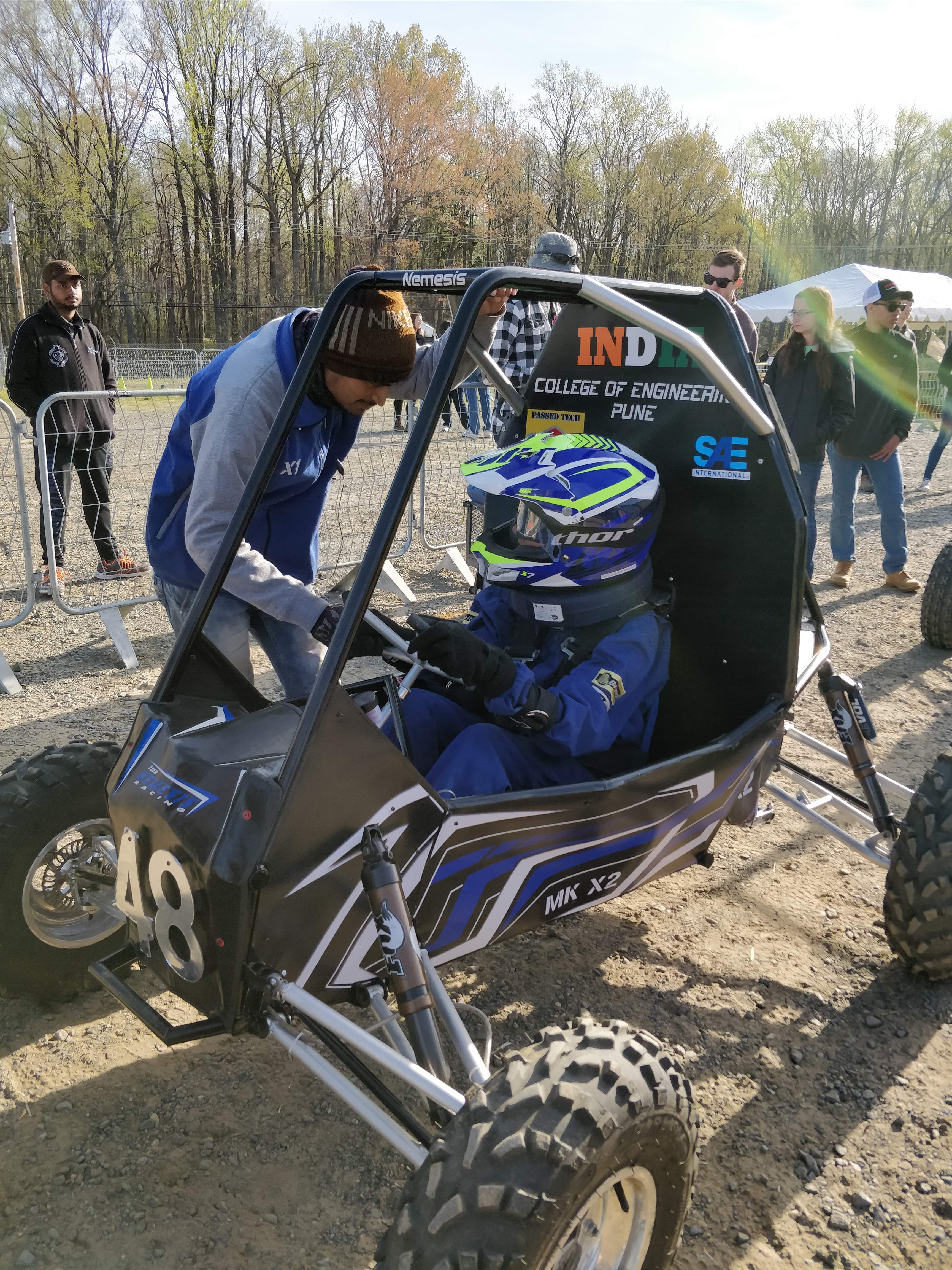 Aye Aye Captain: Team Nemesis Racing consists of 25 members. The team is led by Tejas Belgamwar, who is the Captain and Steering Head of the team

And as expected, preparing for the competition wasn't easy. Sayali had to go through rigorous training sessions that went on for over six hours. "It was a completely new and challenging experience. We reached the US on April 13 and our vehicle was expected to be shipped by the 14th, but due to some unforeseen problems, it reached us only on the 16th. As the event was scheduled from April 19-22, we had only two days to assemble our vehicle and test it," she recalls, adding that it took them months to come up with the ATV design, followed by arduous trial sessions to test the vehicle's durability.

The team's budget went up to `30 lakh as the vehicle itself costs lakhs to build. "Each year, we try to learn from our mistakes, overcome failures and develop our existing components. We’re also the first team in India to make our own customised CVT (Continuously Variable Transmission). But the credit for winning the Acceleration Award goes to the transmission team led by Vineet Wankhade and Mayur Bhure," she says happily.

But adventure sports isn’t where Sayali draws the line. She is also a football player and she believes that the sport has given her the confidence to face challenging situations. "I have been playing football since my school days; I have also played nationally. Football has taught me so much — from being a team player and learning how to lead the team to handling tough situations. One of the reasons why they thought that I’d be the best person to ride our vehicle was because I could handle stressful situations well. The rider is the person who represents the work that all the members have put in, so they should be able to handle the pressure," she adds.