Heard of Boccia? Meet the diffabled sports stars who are putting the country on the global map

Rajiv Rajan, a disability rights activist, wants to form a team of players with the ultimate goal of sending them to the 2022 Boccia World Cup to play the game of boccia

There is something about Rajiv Rajan that makes you want to listen to him very carefully. The credit goes to his bright mind and creative ideas. Despite suffering from cerebral palsy that's left him with limited motor functions, you can't ignore the great effort he takes in delivering words. Throughout my conversation with him, not even a single time did he miss the chance to amaze me with his ambitious ideas for people with disabilities. But Rajiv is not just some disability rights activist, he's also the co-founder and executive director of Ektha, an organisation based in Chennai that works for the rights of people with disabilities.

As if standing up for people's rights isn't enough, the 45-year-old now wants to conduct a national-level boccia tournament in September this year. He aims to spread awareness about the game that's played by persons with disabilities on wheelchairs throughout the country and wants to achieve the inclusion of people with all kinds of disabilities. 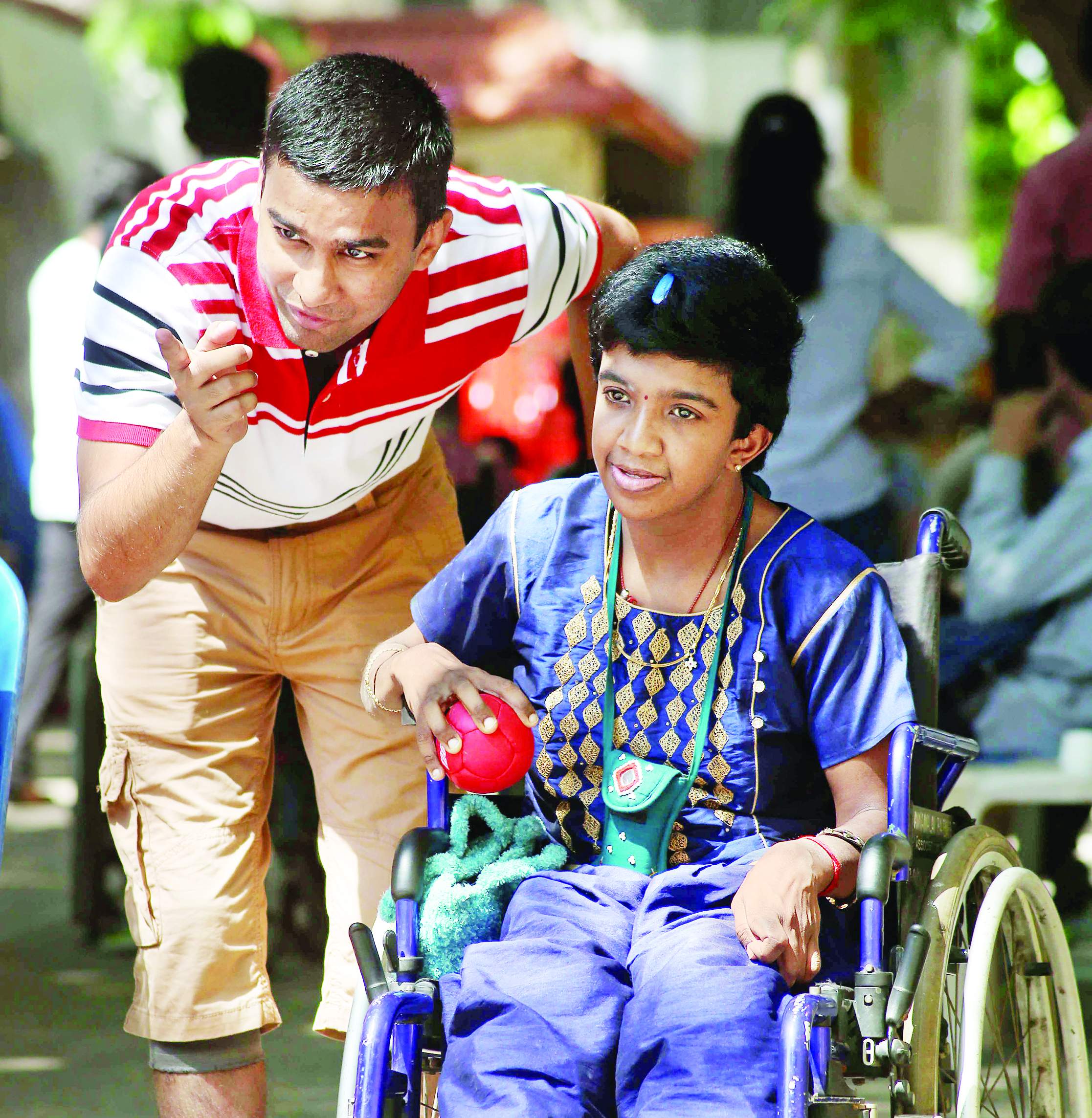 Thing of the past: In its original form, boccia was played by athletes with cerebral palsy, but it now includes athletes with other disabilities which affect motor skills

"People with other kinds of disabilities have been raising their voices for a while now," he adds, "It has just taken Ektha a long time to come out and form a group. This is because in many cases, people with neurological impairments are cognitively affected, and in many other cases, our disabilities are so severe that venturing out is not easy. Even in self-help groups for disabled people, the neurologically impaired are not involved."

For competition purposes, athletes are classified according to their disability into one of four classifications

Players in this class throw the ball with their hand or foot. They may compete with an assistant who stays outside of the competitor’s playing box, to stabilise or adjust their playing chair and hand the ball to the player when requested.

Players in this class throw the ball with their hand. They are not eligible for assistance.

Players in this class have very severe locomotor dysfunction in all four extremities. They have no sustained grasp or release action and although they may have arm movement, they have insufficient range of movement to propel a boccia ball onto the court. They may use an assistive device such as a ramp to deliver the ball. They may compete with an assistant; assistants must keep their back to the court and their eyes averted from play.

Players in this class have severe locomotor dysfunction of all four extremities as well as poor trunk control. They can demonstrate sufficient dexterity to throw the ball onto the court. Players are not eligible for assistance.

A sport for all

To push for inclusivity, Ektha is now trying to put together a team of disabled people to represent the country at the 2022 Boccia World Cup in the game of boccia. Is this the first time you're hearing about this game? Let me explain it to you. Boccia is an attack-and-defend game with two teams competing over a set number of ends. The aim of the game is to score as many points as possible by placing their set of coloured balls closest to the target or 'jack' ball. It is a sport of control and accuracy, similar to curling or lawn bowling. Each side has six balls (red or blue) at each end and the side closest to the target ball when all the balls have been played, scores. If the game is tied after both sides have played, a tie-break end is played. Boccia can be played head-to-head, in teams of three or in pairs. It can be played by anyone, including those without any disability.
Originally designed for people with severe cerebral palsy, it is now enjoyed by players with other forms of disabilities. So far, Ektha has conducted over 100 boccia camps across Tamil Nadu, Puducherry and Bengaluru. They have conducted a few district-level and three state-level tournaments. Now, they are planning to expand the game across the country. 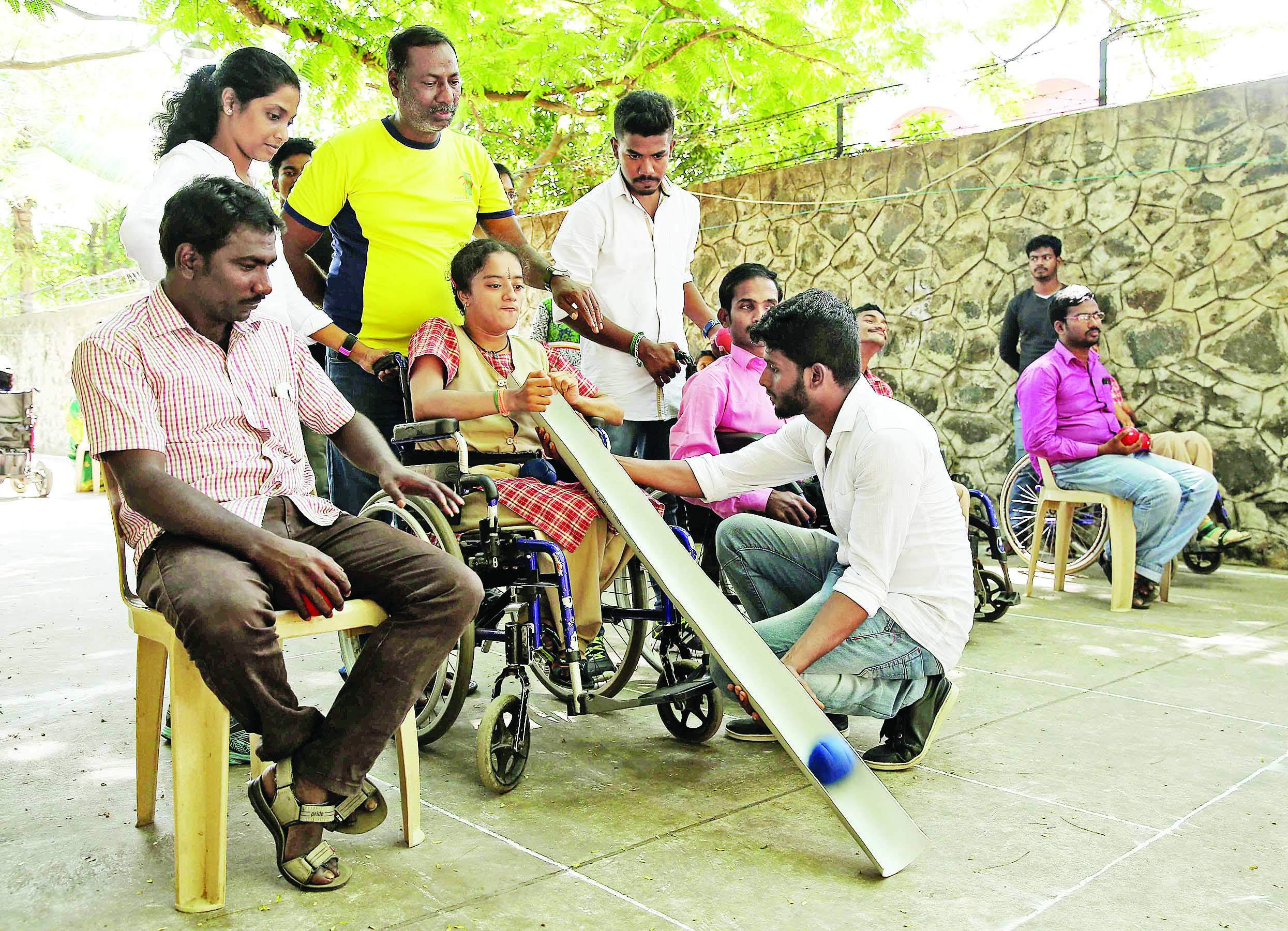 A ray of hope

But raising awareness and conducting tournaments doesn't come cheap. Rajiv is looking for financial support to conduct a national-level boccia tournament in Chennai. Costing close to Rs 7 lakh, Rajiv has started a crowdfunding campaign on Milaap to ask for support from the general public.

"We have a long way to go and the time is too short. We at Ektha believe that sports are denied to people with disabilities especially those suffering from severe disabilities. So, boccia is the only game that can be adapted for us. We want to spread its wings across the country," says Rajiv, with some hope