We For Kargil: How this NGO in the war-torn city is helping the young reshape history

July 26, 1999. A day marked in history that every Indian will remember. It was on this day nearly two decades ago that the Indian Army recaptured all the Indian posts in Kargil that had been seized by Pakistan's army. Since then, this day has been observed annually to commemorate the sacrifices made by our soldiers in this war. However, it was not only the soldiers and their families who had been affected by this catastrophe. It was the locals, the inhabitants of Kargil, who were affected the most. Sitting in your comfortable corner at home, in some other part of the country, miles away from Kargil, do you wonder what's it like living there and working for a livelihood?

As a child and then growing up, the word Kargil would bring fear to my mind and a kaleidoscope of images portraying war and destruction. That's a memory Najum Ul Huda (25), has also had since he was a child. However, he and some of his friends wanted to change the perception people across the country possess about Kargil. Thus, they set up We for Kargil in 2013, right in the heart of the former war zone. Initially, there were just two of them, but now at least 15 youngsters work for the organisation. "We had shifted to Srinagar from our homes in Kargil when the war took place as schools were not functioning properly. Then we went to Delhi for higher studies and came back and set this up. We have done a lot of work in the health, education, tourism and environmental sectors," says Najum. Lending a hand: We for Kargil was set up in 2013, right in the heart of the former war zone.

It has not been easy for the NGO to work for the betterment of the community, Najum says. "There was no funding, and we had to pay from our pockets, however, the locals were very supportive," he adds. We For Kargil also wants to highlight the rich heritage of a place like Kargil and aims to indulge in preserving and further promoting its various traditions and languages. In collaboration with the Ministry of Tourism and the Handloom/Handicraft departments of the district, they have been trying to revive a few fading traditions of Kargil. "We have organised an initiative since 2014 called 'Visit Kargil to promote Kargil' in order to promote tourism. People have a very vague idea about the place and they still think it's completely destroyed by the war. But it is safe for tourists now, actually quite peaceful. Thus, we are trying to encourage more people to come visit the place," concludes Najum.

Since the turbulent year that was 1999 when the Indian Army retook Tiger Hill, Kargil has taken major strides in the health department. However, the lack of knowledge and access to a number of health schemes and provisions amongst the rural population actually tends to render such progress far less than ideal. Najum's organisation aims to work as an interface between the community and the public health system using workshops and health camps to make health schemes and benefits more accessible for the beneficiaries. 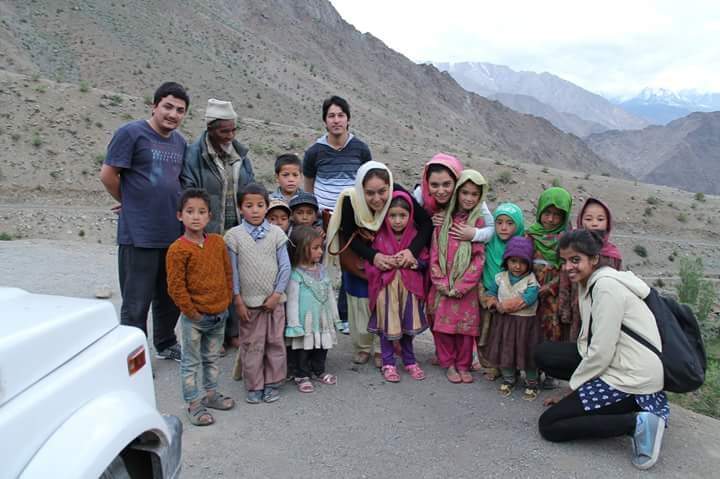 Coming Together: We for Kargil not only aims to boost the curricular development but also improve their non-curricular programs

One of the NGO's main objectives is to impart quality education by introducing advanced and improved teaching methodologies with the help of both local teachers as well as teachers from outside the state. The founders with help from the local administration and other self-help groups have tried to create and maintain some education standards at the grassroots level.

We for Kargil not only aims to boost the curricular development but also improve their non-curricular programs. "In 2014, we started activities like writing and painting contests, debate, art and drama competition and sports meet. Some workshops conducted by the organisation also focus on e-learning," explains Najum.