Raise your hand if you've had our parents tell you stories (yes. stories) of them crossing the mountain, fighting the beast and swimming the river to go to school. You have obviously made fun of them, but did you know that even today, there are thousands of young children who walk for a couple of hours a day, crossing boulders and mountains, just to quench their thirst for education? No this doesn't happen in a fictional land, but in a land once ravaged by war. We're talking about Kargil.

We know of Kargil because of the Kargil War. But did you know that this district has more than 600 government schools with wisdom-hungry students and enthusiastic teachers, who are struggling every day because of the lack of proper infrastructure, facilities, resources and without proper transportation facilities? This is where one has to appreciate the work of Sujata Sahu and Sandeep Sahu, who runs the NGO 17000 ft Foundation. For the past six years, they've been trying their best to make sure that these schools function properly. 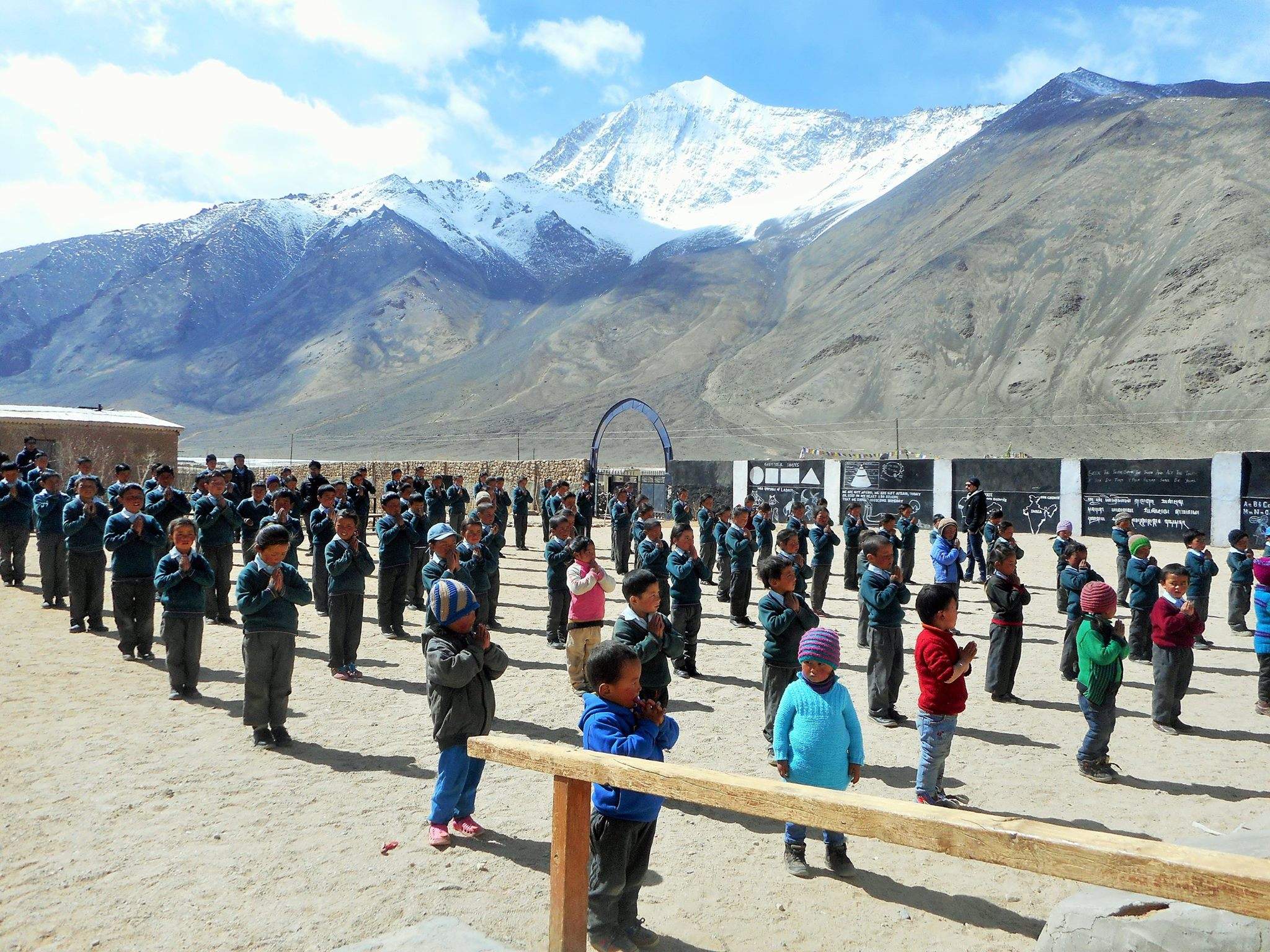 Close to sky: The children in a school supported by 17000 ft Foundation

"Everyone knows Kargil only because of the war. But no one has even the faintest idea about what is exactly happening here. There are thousands of enthusiastic children who really want to go to school and make it big in life. But the difficulties that they have to go through is unimaginable," says Sujata. A teacher based out of Gurgaon, Sujata's triggering point was a trek that she took to Ladakh in 2010. "I trekked to Leh and there I stayed in a house in a tiny village that was cut off from the rest of the town. It was amazing to see how people live here. The hunger for education that those children have is amazing," she says.

That led her to map the schools in Ladakh (Leh and Kargil). After a seven-month-long study, Sujata and her team succeeded in mapping around 600 schools in Kargil. Some of the schools were bomb shelters during the war and had to have the buildings shifted multiple times in 1999. "Almost every village here has a primary school. Slightly larger villages have middle schools. Which means, after a kid finishes grade V, he has to walk for around two and a half hours to reach the middle schools. Same is the case for teachers," she says, adding, "There is no public transport here. Army helps them out to an extent by providing army vans for transport. You won't find this anywhere else in the country." 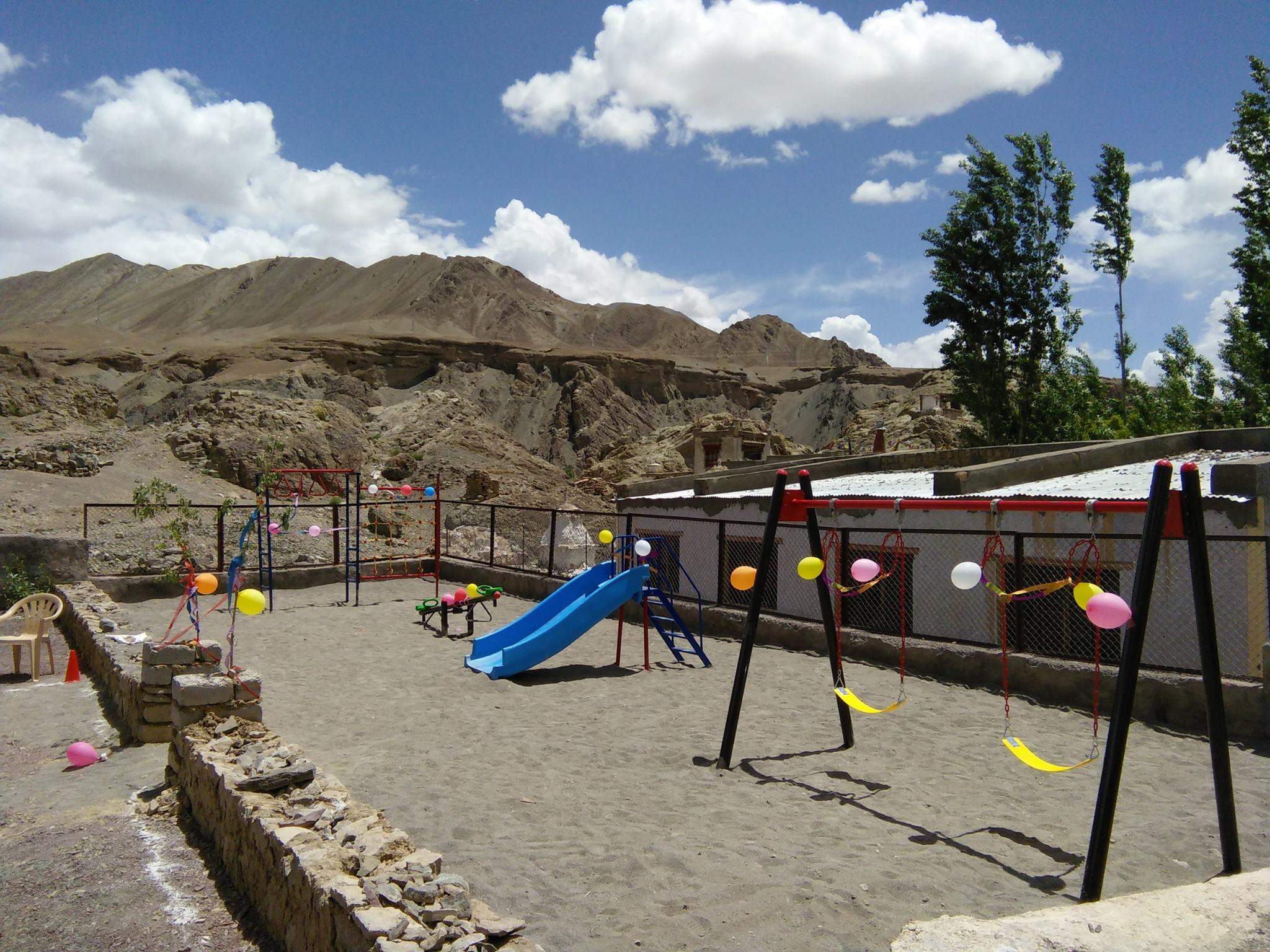 Play time: One of the playgrounds that the NGO has set up

After mapping the schools, the next step was to ensure that the students had access to proper resources and infrastructure. "We got a few people who trekked to Ladakh to carry colouring books and crayons for these children. We also carried books, clothes, sports materials, and a lot of other equipment for these children on horseback," she says. One step at a time, they were successful in setting up around 100 libraries in Kargil. Not just that, 17000 ft Foundation and their volunteers have also set up playgrounds in this rugged terrain.

"We're also trying to improve the government schools by improving infrastructure and training teachers. Also, we're planning a campaign on sex education for these students," says Sujata, optimistically. 17000 ft above the sea, the sky is much closer to them. Isn't it?