The Kargil I grew up in: A 24-year-old's account of shelling, despair, death and hope in the Valley

War in Kargil lasted all of two months, May to July 1999, but it has created a trauma that still lingers...and an association with war that refuses to simply die down

Located in the lap of the Himalayas, Kargil is 204 km away from Srinagar and 230 km from Ladakh. Kargil is the second largest town in Ladakh. It is situated at the junction of the famous silk route and caravans from China, Yakkand, Afghanistan, and the Indian plains used to pass through Kargil centuries ago. Kargil is also located 60 kms from Dras, which is known as the second coldest place in the world. At an elevation of 5,307 meters, Point 4660 or Tiger Hill is the dominant feature that stands north of the sleepy and calm town of Dras. Sixteen years ago, this exact place was the scene of one of the bloodiest battles of the Kargil War.

The war lasted two months, from May to July 1999 and left a devastating impact on the people of Kargil that scarred them for their entire lives. Among them was, Zulfikar Ali Khan Adulpa, who was just 7 years old when he witnessed two of his friends getting killed in shelling that happened right before his eyes. Sometimes when he closes his eyes, he can almost see it happening, smell that acrid smoke, feel that sinking despair. 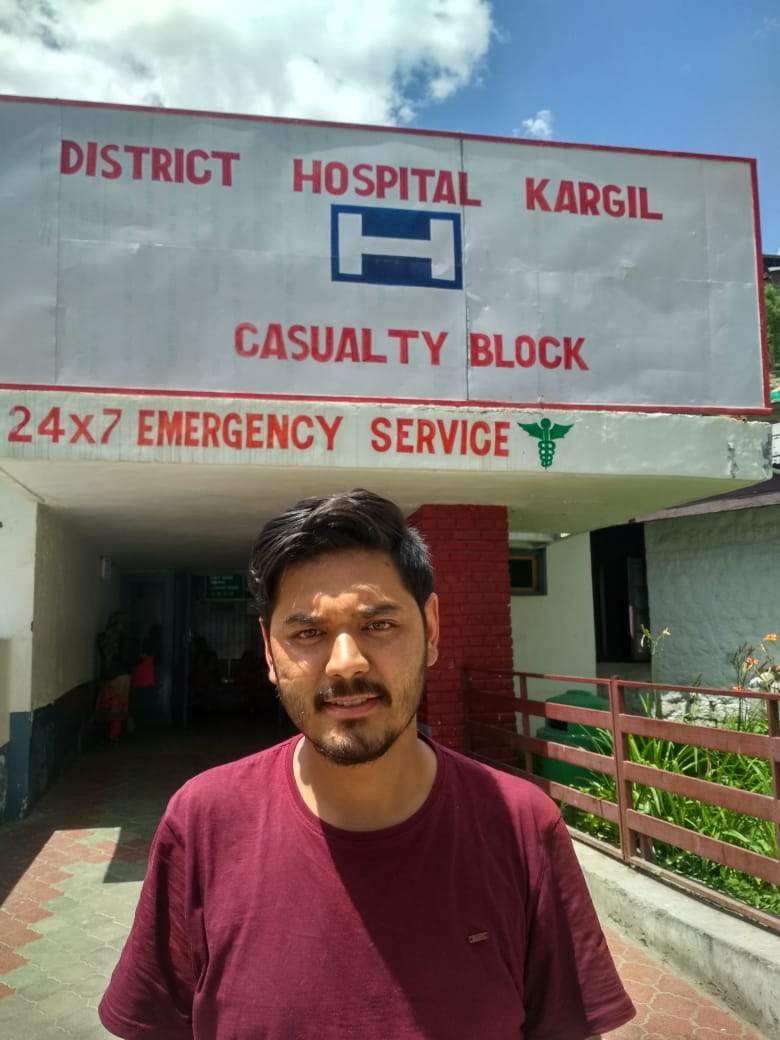 Scarring memories: Zulfikar Ali Khan Adulpa, was just 7 years old when he witnessed two of his friends getting killed in shelling

On that fateful day in May 1999, when the Kargil war was raging, Zulfikar went out to play along with his friends on the ground near their school. They all studied at the Jaffaria Academy of Modern Education. "It was like any other day for us. We left our houses and went to play and had no idea what was going on. There were sudden loud noises and everyone started panicking, screaming and running towards their houses. Something happened right in front of us. There was a loud bang and a lot of smoke spread instantly. We were almost blinded and were not able to see properly. The next moment we saw two of our playmates lying on the ground with blood smeared all over, he says and adds, "That image has been stuck in my head since that fateful day. I still get nightmares." Zulfikar, who is now 24 years old, was born just a few years before war was upon them.

Fearful of losing life and limb, Zulfikar and his family then moved to a village named Sankoo, which is approximately 50 to 60 km away from their hometown. "The Indian Army provided all the locals with transportation, everyone was uprooted from their houses and sent away to nearby villages that were not adversely affected by the war," he recalls wistfully. The uprooting, temporary though it was, was still traumatic. "I missed my hometown, Balti Bazar, Atul Gound... all the places I grew up in. At the age of 7, I had no idea what was going on. Army personnel used to come visit all the families and explained to us how it was unsafe for us to be out there. I remember spotting bunkers and asking one of the officers 'Saab woh ghar jaisi chize kyun bani huyi hai?' They had been really helpful in relocating the families and keeping them safe," adds Zulfikar.

"Primarily, education took a huge hit. We had to change schools as we shifted elsewhere. After the war ended we all went back to Kargil, however, the mental trauma still exists within us. Our parents were still paranoid and asked us to not to stay out too long," said Zulfikar.

If you have ever been to Kargil or Dras, you can never imagine that these places have been devastated by war at some point or the other throughout the years. While travelling in a tourist car and crossing army posts, if you look out the window, you will only see smiling faces — not just of the local inhabitants but our soldiers too. It's heartwarming and heartbreaking at the same time. The enthusiasm with which the soldiers would tell you their war stories and how it is a struggle for them to survive, you are bound to be heartbroken. Zulfikar agrees, "The army helped reconstruct the houses and schools in Kargil. They helped the families financially. It was the cooperation between the locals and the army that led to the re-capturing of Tiger Hill."

According to reports, Pakistan’s 12 Northern Light Infantry, supported by the Special Services Group, had sneaked up and taken hold of Tiger Hill in May 1999. The first attempt to capture control of the dominant conical feature in the second week of May 1999 by the 8th Battalion of the Sikh Regiment did not go as planned by the Indian Army. The army suffered heavy losses, and it was decided to defer the capture till the surrounding areas had been captured. After the enemy had been dislodged from the heights of Tololing, it began to look like the tide was finally turning in favour of the Indian Army. And by the end of July, operation Tiger Hill was completed. 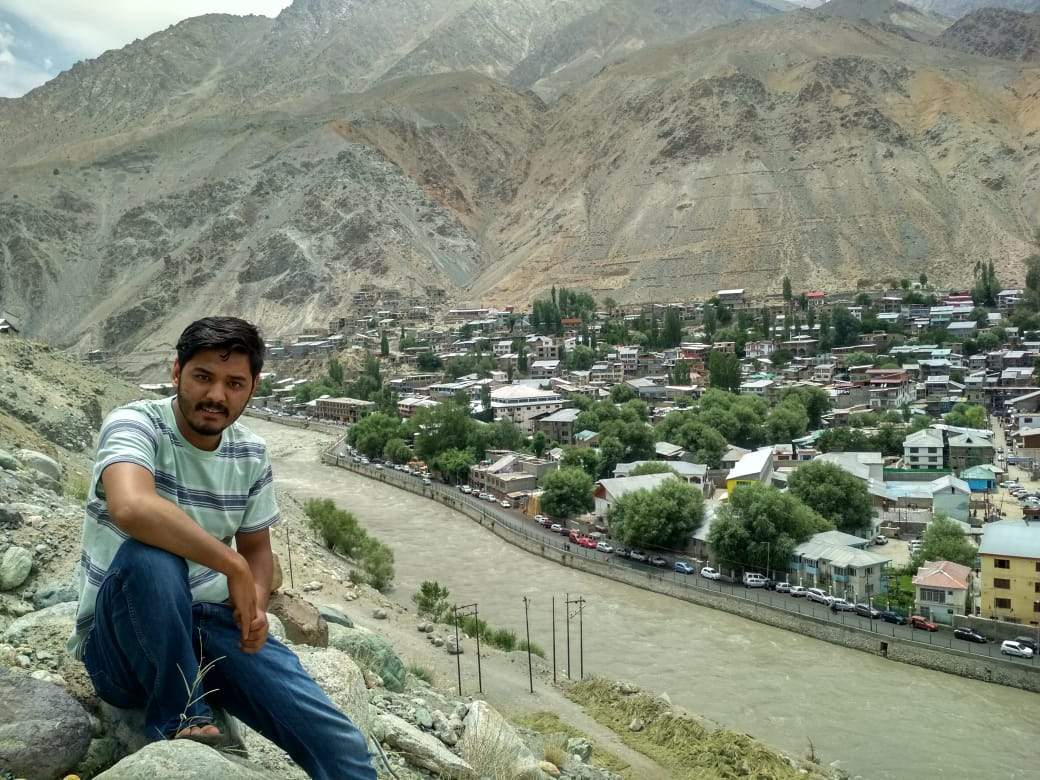 Moving On: Zulfikar says that today the situation seems to be quite different and looks promising for the people of Kargil

Even after that though, the aftershocks the war were felt for years after. "Primarily, education took a huge hit. We had to change schools as we shifted elsewhere. After the war ended we all went back to Kargil, however, the mental trauma still exists within us. Our parents were still paranoid and asked us to not to stay out too long. At one point, government schools promoted their students to Class 11 without an examination for 10th. Schools remained closed if there was unrest for quite some time after the war ended," Zulfikar recalls.

Today, almost two decades after the catastrophe, the situation seems to be quite different and looks promising for the people of Kargil."It's been quite peaceful through the years. Education has improved drastically — the number of graduates has risen and the higher secondary pass rate has also increased. However, the unemployment rate is still quite high. Connectivity is still an issue and roads are bad. There are still only two-three mobile networks and there's no internet connection. Quality education is also lacking. A lot of schools have opened up, but people still prefer to go outside Kargil for higher studies," explains Zulfikar, and adds that the government should pay heed to these things.

He adds that tourism has seen a rise in the last few years, however, he feels Kargil as a tourist destination is not given the publicity and due that it deserves, Leh and Ladakh still receive more importance. "Kargil is safe now. Peaceful. We would encourage more people to visit this beautiful place. Mostly due to media coverage, people around the country have a wrong notion of the place, but we can assure you there's a lot more to Kargil than just devastation from the war," he concludes.