The test explores the various dimensions of a person’s psychometric profile like personality, aptitude, interests, work value preferences. On the basis of this, it recommends the ideal career

In his second year at IIT Kharagpur, Muhammad Ammanchandy found a disturbing imbalance between the institution and the world around it. On trips to the masjid on Fridays, he would see children in desperate need of help. As a student, he joined a team of like-minded PhD scholars and juniors from the institute and tried to change the conditions of those around them through a few initiatives like food drives and book distributions. They would organise meetings in between their busy schedules to try to support the community. Later, in the hope of creating some sustainable change, they chose to work towards changing the state of education.

After graduating in 2016, the group scattered across different parts of the country and the world to work in various industries. After trying his hand at civil services without waiting for college placements, Muhammed worked with an NGO based out of Wayanad. During his time there, he started thinking about putting the team back together. "All of us had good research backgrounds and we had our own unique visions and ideas. So we formed vLEAD Eduventures in Kozhikode, in August 2017. It was challenging at first to bring all these ideas together to benefit the educational community, but we decided to build it with our collective experiences," he narrates. With Muhammad as the Chairman and CEO, the team consisted of Daleef Rahman, Muhammed Salih, Noufal Ali, Muhammad Riyas M, Rasal V P, Jasal P, Munavar Fairooz and Sajid Muhammad. 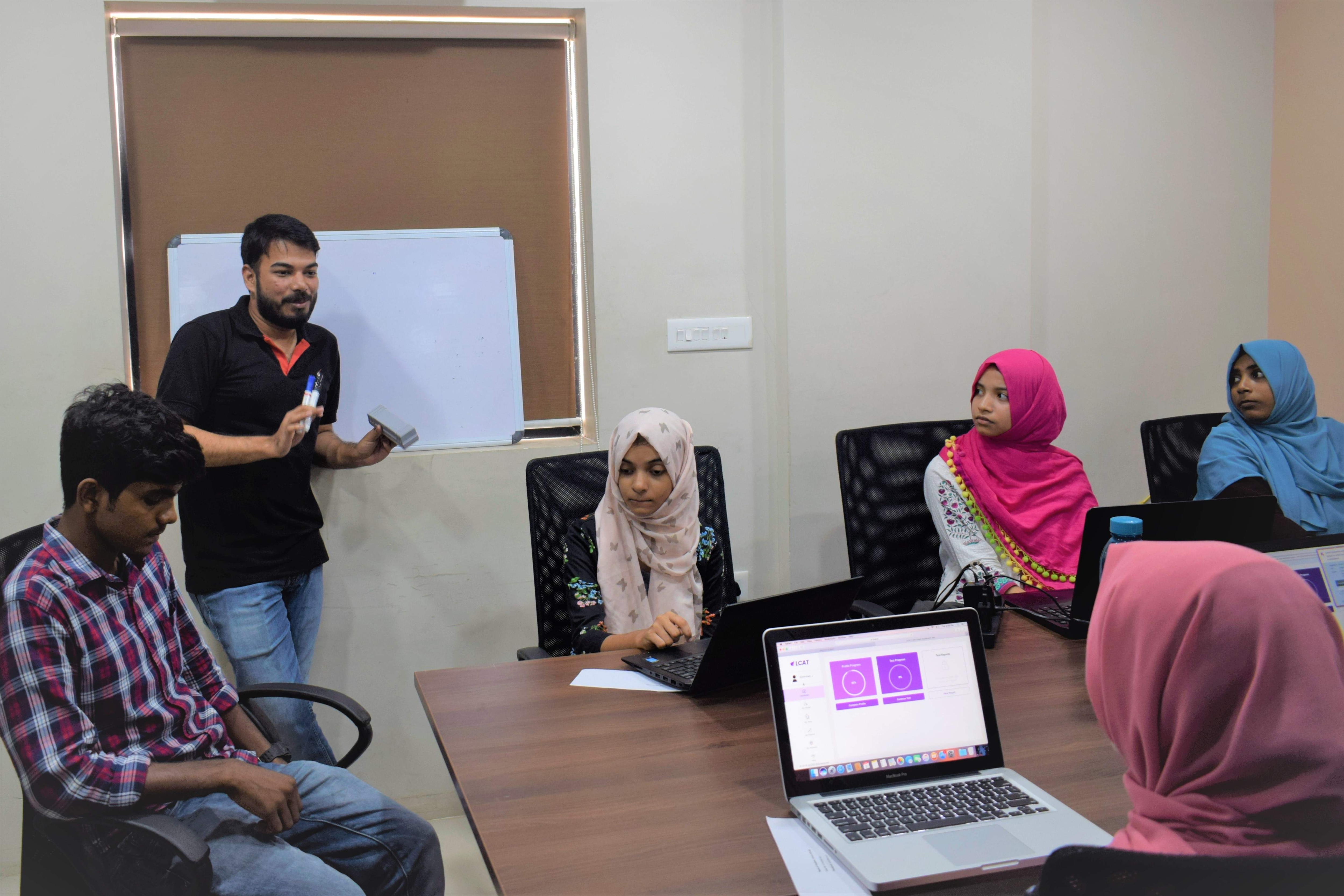 Step ahead: The programme teaches students to be ahead of the curve

With vLEADS, the mission was simple, to ensure that quality education would be accessible to all of the people within our educational ecosystem, with a special emphasis on areas where people do not understand the value of it. Muhammed explains, "We have focused on taking small steps, on specific things." The team chose five broad areas to focus on — next generation learning activities, strategic execution for educational projects, career planning and development, quality assessment and educational Intelligence.

We realised that there is an urgent need for awareness. And as technology is quickly advancing and redefining our lives with services like Augmented and Virtual Reality, the question is about how we can bring this benefit to our side of the world

With their eyes set on the goal of career planning, they developed the technology of LCAT — a state-of-the-art, analytics-driven, online career assessment tool that assists a person to discover the career path — which is most appropriate for them. LCAT has been developed after an extensive research exercise and uses the most advanced scientific tools like machine learning and artificial intelligence. It is the first career assessment test in India that has been developed completely on the basis of the Indian cultural context and is offered in regional languages.

The test explores the various dimensions of a person’s psychometric profile like personality, aptitude, interests, work value preferences and emotional intelligence. On the basis of this, it recommends the ideal career or stream choices for that person. In addition to the test, students are offered a scientifically-curated post-assessment methodology that includes a detailed and personalised face-to-face counselling session with vLEAD's career experts. At the end of the exercise, candidates gets a clear perspective on how to mould their future career plans. vLEAD Eduventures has also formulated a year-long career and academic development programme for students from classes VIII to XII, which is titled the LCAT Career Development Program. 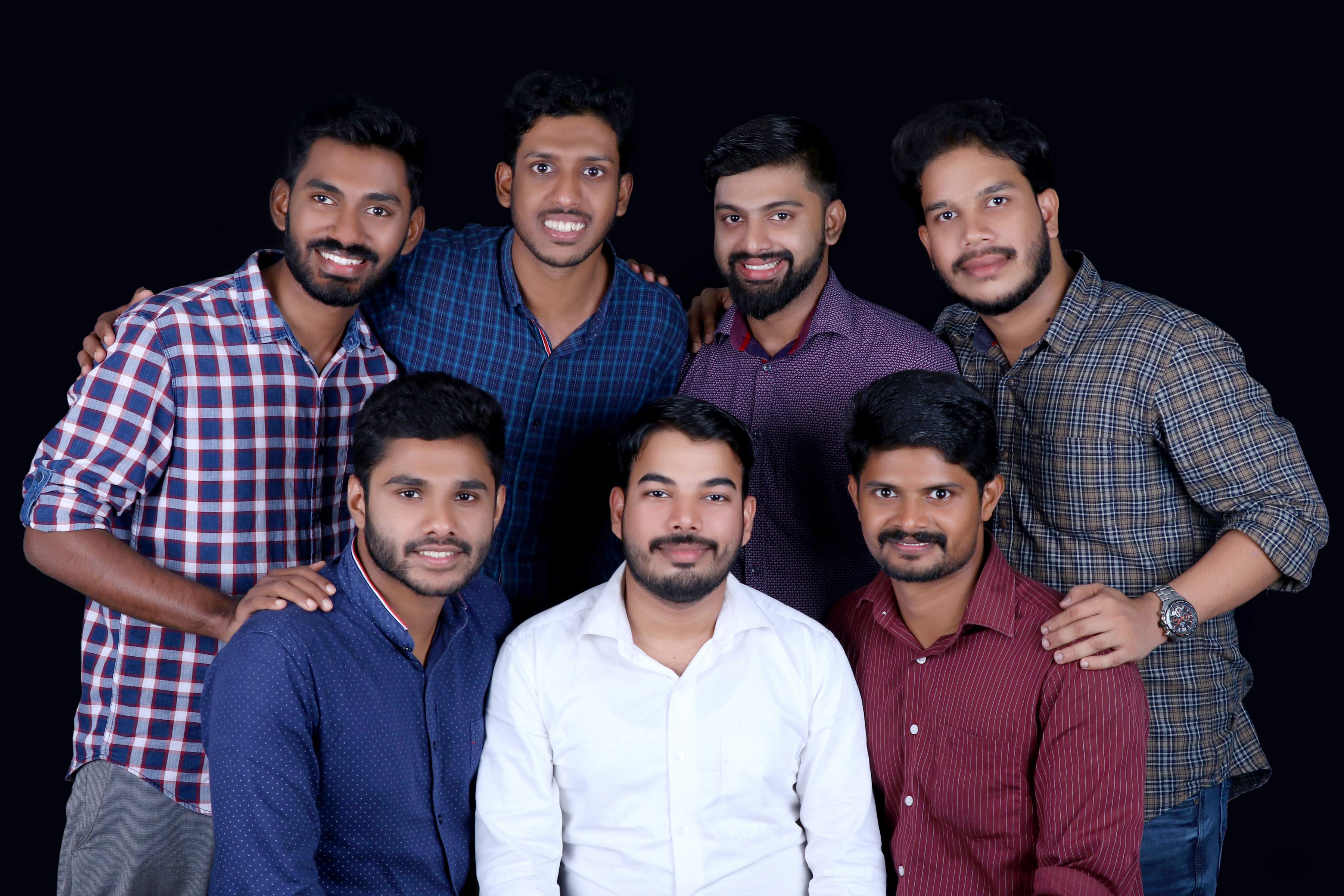 Mission possible: The team built the company by combining their unique ideas and concepts

Although they participate in consultancy work and other basic services in Kozhikode to financially sustain themselves, their primary focus continues to remain on reinventing the basic structure of the Indian education system. The company, which is currently a self-funded start-up, is slowly transitioning into the investment stage. "In order to build a platform, we focused on career planning and development. We based the end-product on global educational scenarios based on the educational structures in the USA and select Scandinavian countries. We used a network of educational representatives, sent a team to meet educationists and spoke with experts over Skype," explains Muhammed.

Over time, the team conducted multiple literary reviews, over 40 research papers and studied children's personalities and basic needs. "We discovered a very basic cultural difference in the behavioural patterns of students in India because of our family-oriented value systems. When we take the case of India, the scenario is quite complicated when we consider a child's ability to make decisions for themselves. Currently, there is no National Career Development Policy," he says. The Indian population is growing every day and Muhammed and his team are convinced that the people are infinitely resourceful. With their handcrafted services, they aim to harness this for a better future.