The youngest girl on the Euro JK Series circuit, 17-year-old Mira Erda has been constantly pushing the boundaries to become the country's finest racer

At just 17, Mira Erda from Vadodara is not just another ordinary teenager. She is a Formula Four racer and the youngest and the first Indian woman racer to enter Euro JK series- one of the highest classes of Formula racing in the country. The youngster talks to Edex about being on the track and what it means to be among very few women in the racing scene.

Could you tell us something about yourself and what kindled your interest in this profession?
In 2009, my dad started a go-karting track and I was 8 years old then when my passion for speed and racing grew. It started with me just driving for fun along with my brothers and I realized that I was pretty good at it.  When I turned 9, my dad asked me if I wanted to take up racing as a profession and it became the turning point of my life. As a young girl, the thought of taking it up as a challenge and racing with boys was exciting and inspiring.

You are managing both your studies and racing at the same time. How do you strike a balance?

Initially, it was a bit difficult for me to balance both. My mom has played a very vital role in my life in this regard because she would always take notes from my friends and make me study. And learning from that when I got a little older I started managing and figuring it out myself. I'm a person who has a sense of self-belief and thus it helps me balance my racing career and my academics career. Whenever my racing season is off I focus on my studies.


How did you come to associate with Red Bull Kart Fight?

Red Bull Kart Fight is really special and being associated with Red Bull has given me even more opportunities to promote Motorsports at the grassroot level. The brand’s initiative of getting amateur drivers to get the chance to race together is really exciting. I'm always looking forward to getting as many drivers to come and participate in Red Bull Kart Fight.

Formula racing is something that is still at a nascent stage in India. As a woman racer, how has the journey been for you?
I started Formula Racing in 2014 and it's has been an incredible journey so far. I started from the basic level with not much experience in driving cars. Although, I got along really well and enjoyed driving formula cars even more than driving go-karts. Of course, Formula racing is not so popular and doesn't get much exposure but times are changing and we can see that it has evolved since the time I started racing. I'm sure with time it will evolve much more for the better.  Being a woman racer is not a big deal for me as I believe that once I'm racing with the other competitors, they don't see me as a girl as they consider me as one of them. That's the best change I have seen in India. 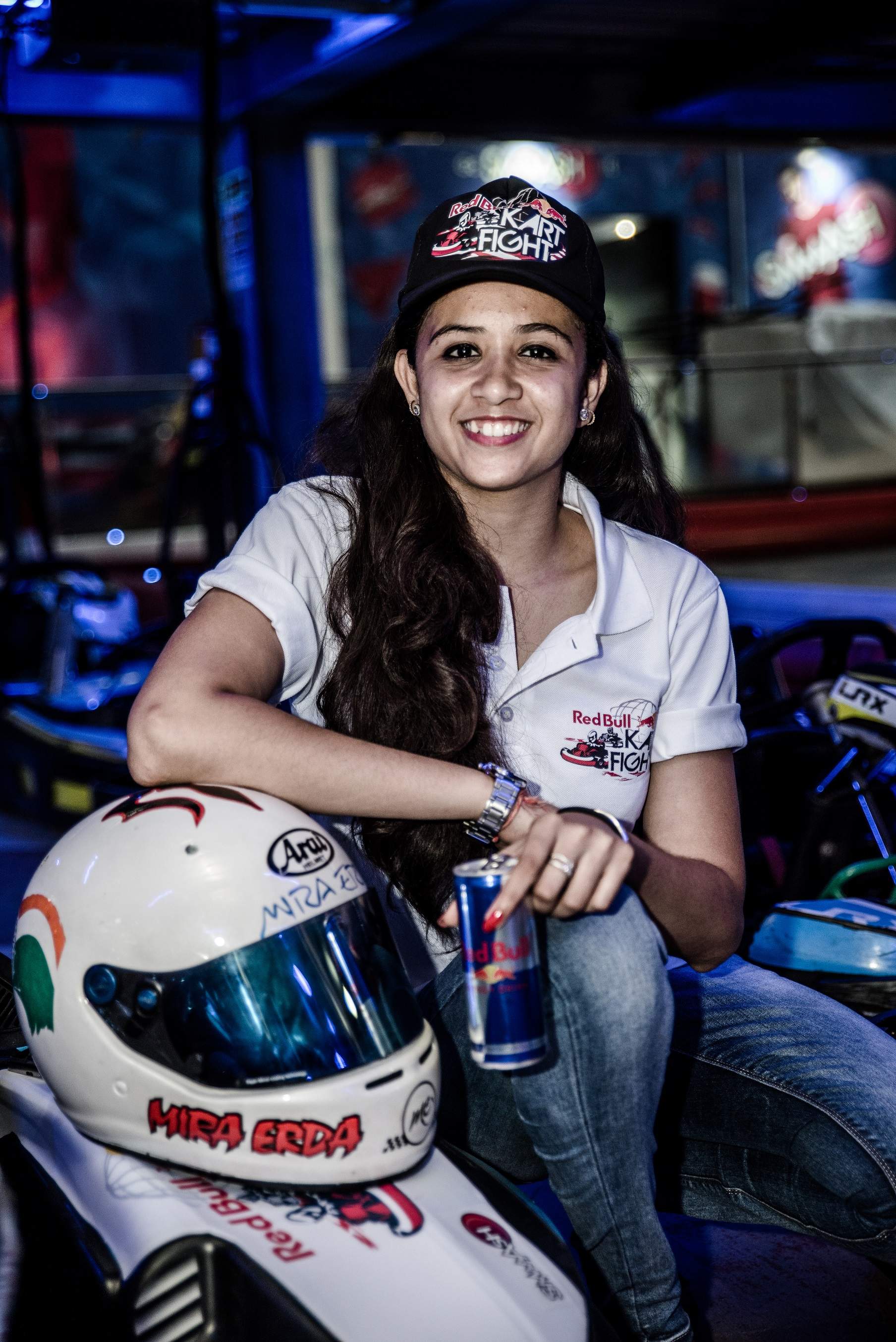 What are your future plans?
I believe in taking one step at a time. Currently, my plan for this year is to drive in the Euro Series. I also plan to do a few rounds of the South East Asia Championship. For the next year, we will be deciding which championship to do next year according to the budgets we get but would like to go out of India. I hope to see myself represent India as far as I can go in the future.

Lastly, what would you like to tell other aspiring female formula racers?
I would want to say that just be true to your sport. In racing, you really have to get out of your comfort zone and push yourself. The car doesn't know what gender is driving. You got to be yourself and enjoy racing on the race track. At the same time, you have to be determined enough to get through to all the difficulties that might come your way and implement everything you learn from your competitors in order to improvise as a racer.