The main aim of the event and IMS-DIA and Surkhab was to instil in the survivors feelings of beauty, pride and confidence

The ramp at IMS-Design and Innovation Academy, Noida’s fashion show, With an Edge looked a little cheerful, as it was used for a noble cause. As the lights dimmed and the audience quietened, the models emerged from the darkness. Their crinkled eyes and toothy smiles told stories long suppressed. A vial of acid had changed their lives, probably bringing what seemed to them to be the end. That day in December, however, their confidence soared and the judgement they had long faced faded into the background. The Fashion and Jewellery Design students of IMS teamed up with popular fashion brand, Surkhab, to drape acid attack survivors in their designs, making them feel confident and beautiful amid existing stigma. It was a moment of glory for these women, whose lives had changed drastically in the blink of an eye.

Just a little acid was all it took for scorned lovers and jealous colleagues to destroy and shatter the lives of their victims. Broken dreams and shattered spirits lie beneath faces that were once unblemished. The fashion show, With an Edge, focused on portraying “faces of courage” through designs customised for its wearers. 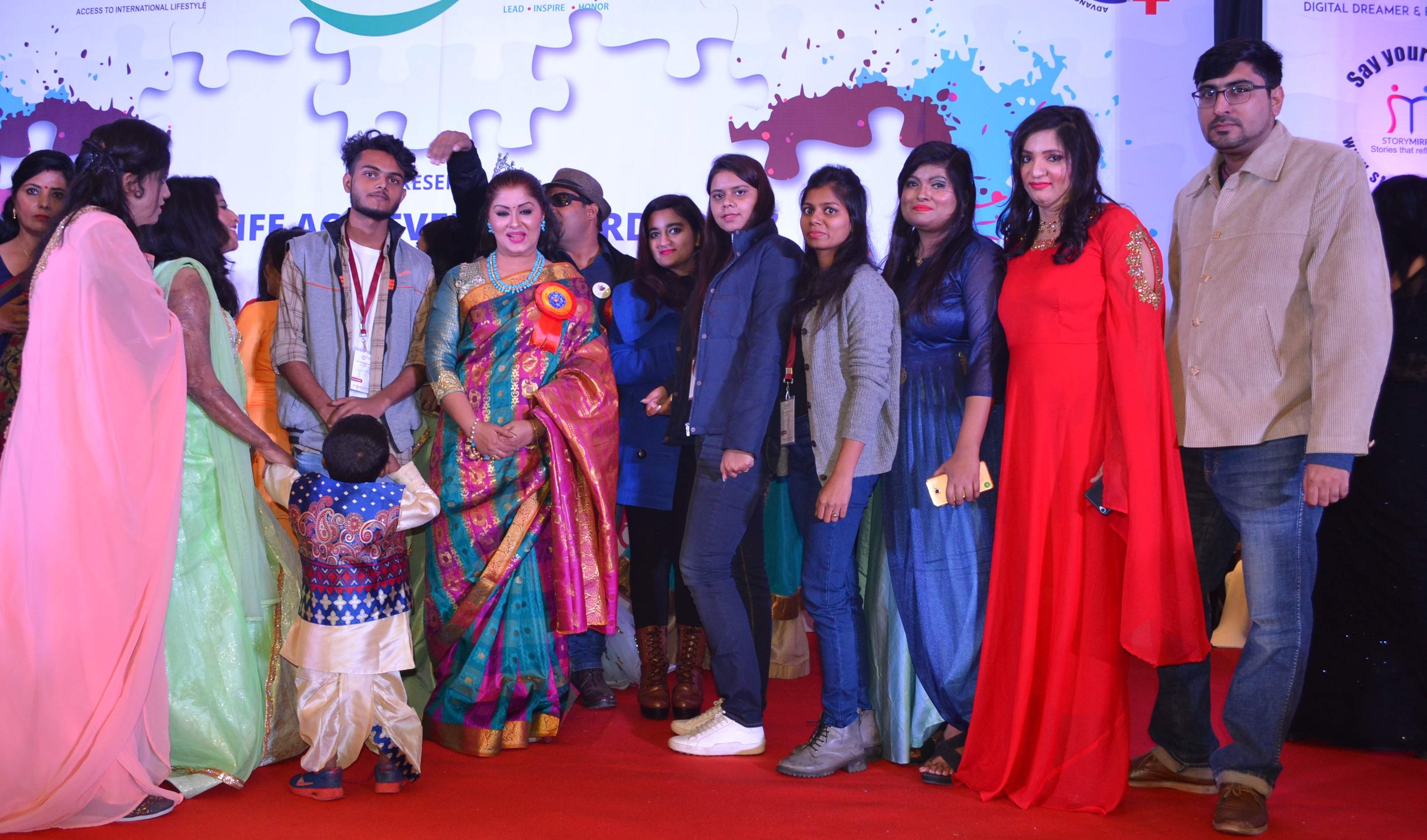 Colour me bright: The event saw significant faces from the film and fashion and makeup industry

The exclusive collection was crafted over eight weeks by the students of the FJD department, under the guidance of their faculty and with Surkhab as the industry mentors. “It was the designer's responsibility to bring colour and flamboyance back into the lives of the acid attack survivors,” said Shilpi Gupta, Chief Managing Director of Surkhab. The models were from the Acid Survivors and Women Welfare Foundation. To ensure that there were no instances of discrimination, the students were already briefed on the sensitivity required from them and importance of the event.

“I did not even feel for once that there was any kind of problem or divide. We became so friendly; it was as if we had known each other for a long time. Designing for this cause was a real eye-opener and it will be a memory that I will cherish all my life," said Shivangi, a student of Fashion Design.

The show broke through a lot of existing taboo. Regarded often as deformed, handicapped and even ugly, society has more often than not shut its doors to women who may not fit its beauty bill. “We as a society are glued to the concept of outer beauty, fair skin, addiction to fairness products. Being religious followers of film and fashion media, we believe that what looks good is good. We don’t realise that the beauty of the human soul can just be beautiful by one kind act. Many around us find it harder to find the will to accept them as regular, fun-loving people,” said Shilpi.

The audience included noted film and TV personalities. As the applause rang loud and clear, insecurities dissipated as life took over. It may have been just another day for many, but for many others it brought a dawn of change, where beauty on the inside shone brighter than any 'scar’ that night.