Started in 2017 by Father Bobby Jose Kattikad, the chain of restaurants was set up with the sole intention of alleviating rural poverty, leaving the customer the choice to pay for the food or not

The significance of anju appam or five loaves of bread will be known to every devout Christian. As per the four gospels, Christ fed 5,000 hungry devotees from a mere five loaves of bread and two fried fish. But can such a miracle happen in the 21st century? Yes, these human beings with their magnanimous hearts are spreading their infectious love across Kerala, one step at a time.

Set up in 2017, the Anjappam outlet in Kozhencherry was the first of a chain of restaurants aimed at alleviating poverty from rural Kerala. A concept visualised by Father Bobby Jose Kattikad, the restaurant was opened with the sole intention of spreading positive change through compassion and love. “The realisation that hunger is the primary challenge for a human and to know that there are people starving each day, led us to create Anjappam. Anyone who walks into this restaurant can order their food and choose to pay us or not. The only condition that we have is to not waste the food,” says Louis Abraham, who works with Anjappam. 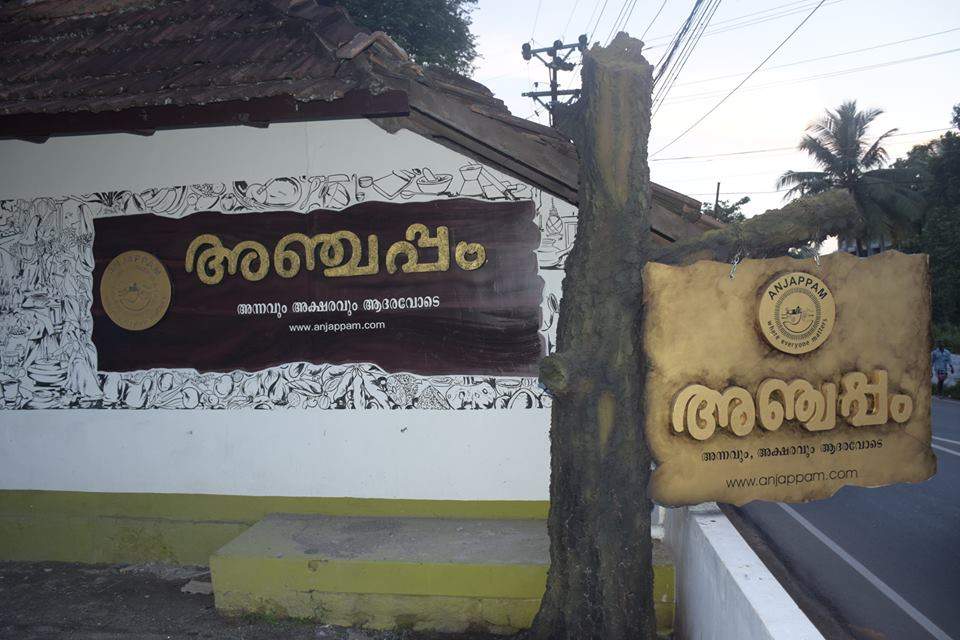 Serving up justice: The Anjappam restaurants provide an economical option for the underprivileged

As for the menu, you get breakfast for Rs 15 and lunch with five varieties of curries at Rs 25. And once you are done eating, all you have to do is drop the money in a box kept outside the restaurant. “Often, there’s a hesitation from lower-middle-class people to accept charity due to their pride. Keeping this in mind, we have kept the price range between Rs15-25,” says Abraham. Presently, their two restaurants are serving 300-400 meals per day. Sticking to their motto of treating food and knowledge with respect, the Anjappam outlet in Kozhencherry turns into a library after 4 in the evening, “When a man is well-fed, his hunger for knowledge increases. He will surely share his knowledge with others,” says Abraham. Food for thought: The Anjappam outlet in Kozhencherry turns into a library after 4 in the evening

Funded by the Appakootu Trust, the members of the group make contributions once a month or a one-time payment for the smooth running of the social collective. The Trust is hoping to open restaurants in each district in Kerala. And in the near future, the Trust is hoping to spread the concept around the state with the help of like-minded people. “We want people who are willing to serve humanity to come forward and volunteer with us. Right now, we have received enquiries from many such people and we will tie up with them to open new outlets,” says Abraham