​The Wilson College alum has documented some amazing musicians as part of The Uncrumple Sessions, despite doing a whole lot more every single day

It's simply not possible to put Ron Bezbaruah in a box. Heck, even he finds it tough to fill in the occupation section of his 'About' page on Facebook. Which is probably why it reads something like: Ideator, Photographer, Designer, Film Maker and Writer. Add to this extremely colourful list his sojourn in the North East where he recorded indie musicians and created a YouTube series called The Uncrumple Sessions and you've got an unbeatable resume for any 23-year-old.

Though he's originally from Guwahati, it was a college project that pushed Ron to go back to the hills of the North East after graduation, and understandably, it was the beginning of another natural adventure. Beyond the limelight: The idea of  uncrumpling ideas often discarded and rejected is what led to Ron's "The Uncrumple Sessions"

The hills are a-calling

After his final year at Wilson College in Mumbai, the Mass Media student, headed for the hills with a camera, backpack and whole lot of wanderlust — his aim was to bring together musicians whose love and passion for the art had given him a sense of purpose, on celluloid, if not in person. Thus began The Uncrumple Sessions.

His tryst with the idea took shape when he met Stuart Parkinson, the man who curated Dr Dre's Beats. Stuart, who quit his job as an ad-man and began travelling across India, hippie style, recorded the first session at a tiny tea stall in Dharmakot, in Himachal Pradesh. Fancy that!

Season 1 of The Uncrumple Sessions saw Stuart (aka Mospod), Sarthak Karkare from Unohu, and Vernon Noronha, the popular singer/songwriter from Mumbai, "You meet a lot of good musicians on the road, and you meet genuinely down-to-earth people who make music just to enjoy and share it at that moment. A lot of music goes unheard and many artists go undiscovered," he says. 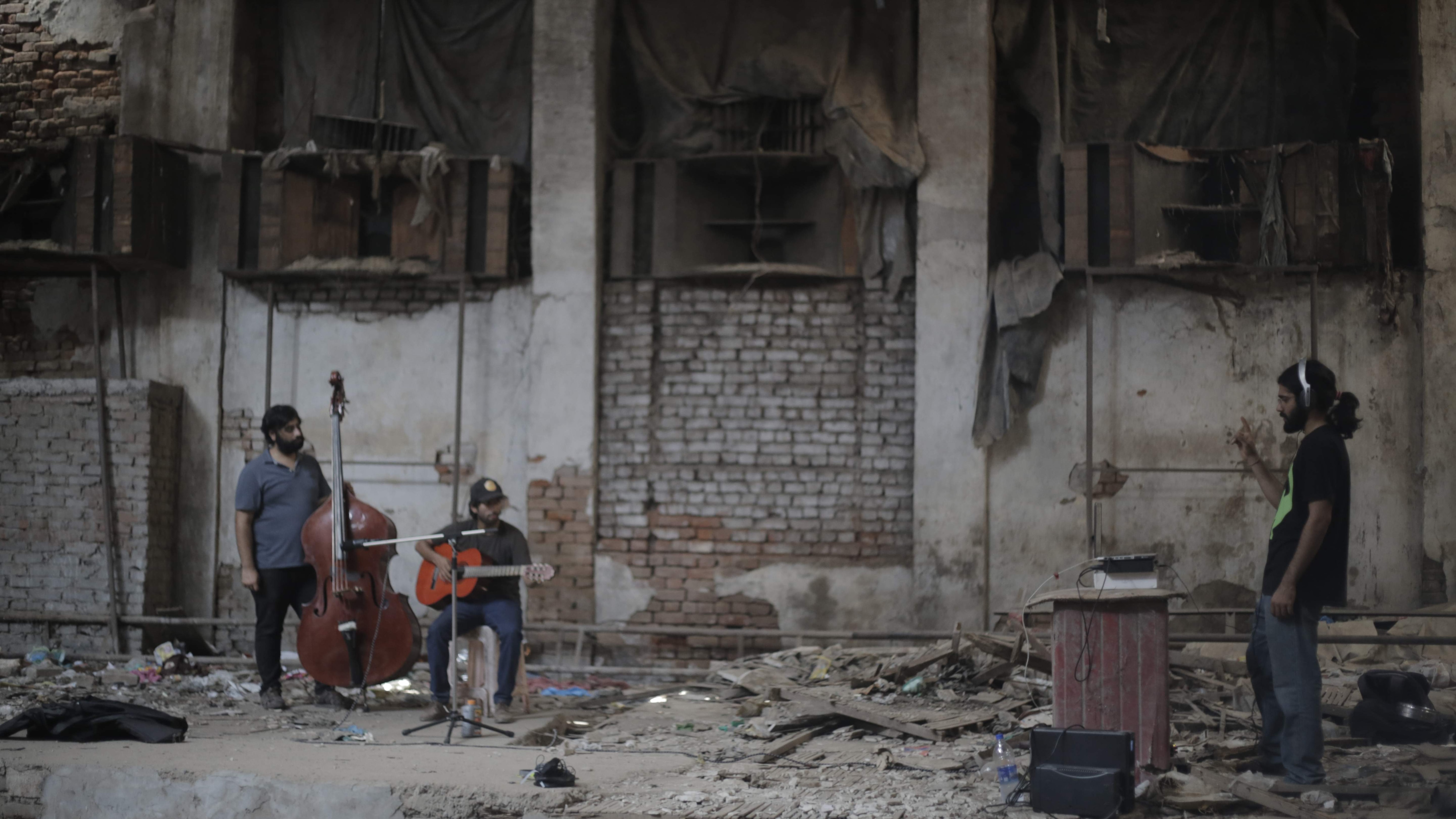 The basic idea is to promote these sort of shadowed musicians who are hidden in a sense and motivate people to get out and discover. In India there are so many places waiting to be seen despite the country being overpopulated, there are still many spots that are untouched and I want to promote that.  Take musicians to places that reflect the vibe of the environment and the music that resonates and compliments the place

More than words (and music)

While the idea is to bring to the fore artists and music not known to the masses, Ron also shoots a popular indie musician every other week — shooting these sessions at places that, along with the music, filling the watcher with wanderlust as the music feeds their soul. Sort of like a travelogue with a killer background score, "I want people to get out of their houses and go discover the many undiscovered places in our country," he adds.

What's most exciting is that Ron's encounters are random and unplanned — from the urban locales of Mumbai to the dense forests of Meghalaya. He recounts how he met Lima Yanger from the band Duncan Rufusand Rishikesh Thangjam, frontman of the Manipur-based band The Koi. "I'm very specific about the artists I feature in my series. There has to be a unique factor," says Ron, whose series is refreshingly different from the many other cliched YouTube shows out there.

It's all about the little guy

So why does he do what he does? Because he wants undiscovered musicians to get their shot at getting out there and reach a larger audience. "It's easier if a singer has a good team with mentionable promoting skills. But many of them are yet to discover their potential, and it is these people I intend to hound and find. The whole point of this session is to promote indie underground artists who aren’t trying to get there," he says and adds with emotion, "But should."

Why this though? Why the fight for free music when you're just out of college and should be working towards making a hefty paycheck? "The fact that the world is deteriorating, and despite all the technological advancements, the only pure things that can't be tainted by human action and the world is music."

(This article was first published in EDEX, The New Indian Express)