Over 2,000 differently-abled youth turned up for this super-inclusive dance festival in Bengaluru

Tandav, an inclusive dance festival organised by the NGO Smileys India, is held in Bengaluru every year in December

Nothing will be more perfect on a Sunday morning in December than to spend a few extra hours in your warm bed. After all, winter is here and Bengalureans do deserve those extra hours of slumber. However, a lot of them decided to give it a break on December 16. They had their cups of coffee a few hours earlier, put on their dancing shoes, scuffled through the city’s traffic and reached Mangala Kalyana Mantapa in Koramangala. They obviously couldn’t miss Tandav, India’s only inclusive dance festival that was held there.

Tandav was started four years ago by an NGO called Smileys India. Vishnu Soman and his brother Vishal Soman, Smileys’ co-founders wanted to create a platform to bring together the differently-abled and others through the medium of art. Every year and every edition of the festival saw people from different backgrounds assemble at the venue and spend hours dancing without any fear of judgement. As the years passed, the number of participants increased. In fact this year, the organisers set up two stages — one for Indian dances and one for the other styles. One and only: Tandav is the only dance festival in India where people who cannot see, hear or speak, learn and perform various dance forms

This year saw the fifth edition of Tandav. Titled Laasya Tandav, it had 2,000 participants, including the differently-abled and volunteers, dancing to different tunes, spreading the message of women empowerment. “We’ve always wanted to spread the message of inclusion to people. That has always been the aim for Tandav. Here, we’re using art as a medium,” says Shailesh Kulal, a Smileys volunteer.

A differently-abled person himself, Shailesh has always been excited to be a part of the fest. When we caught up with him a few days before the fest he was honestly a little tensed. After all, he was the venue coordinator this year. But disability was never a hurdle for him when it came to work. “Maybe it’s all because of my mobility skills or the way I communicate. I just get things done,” he says. 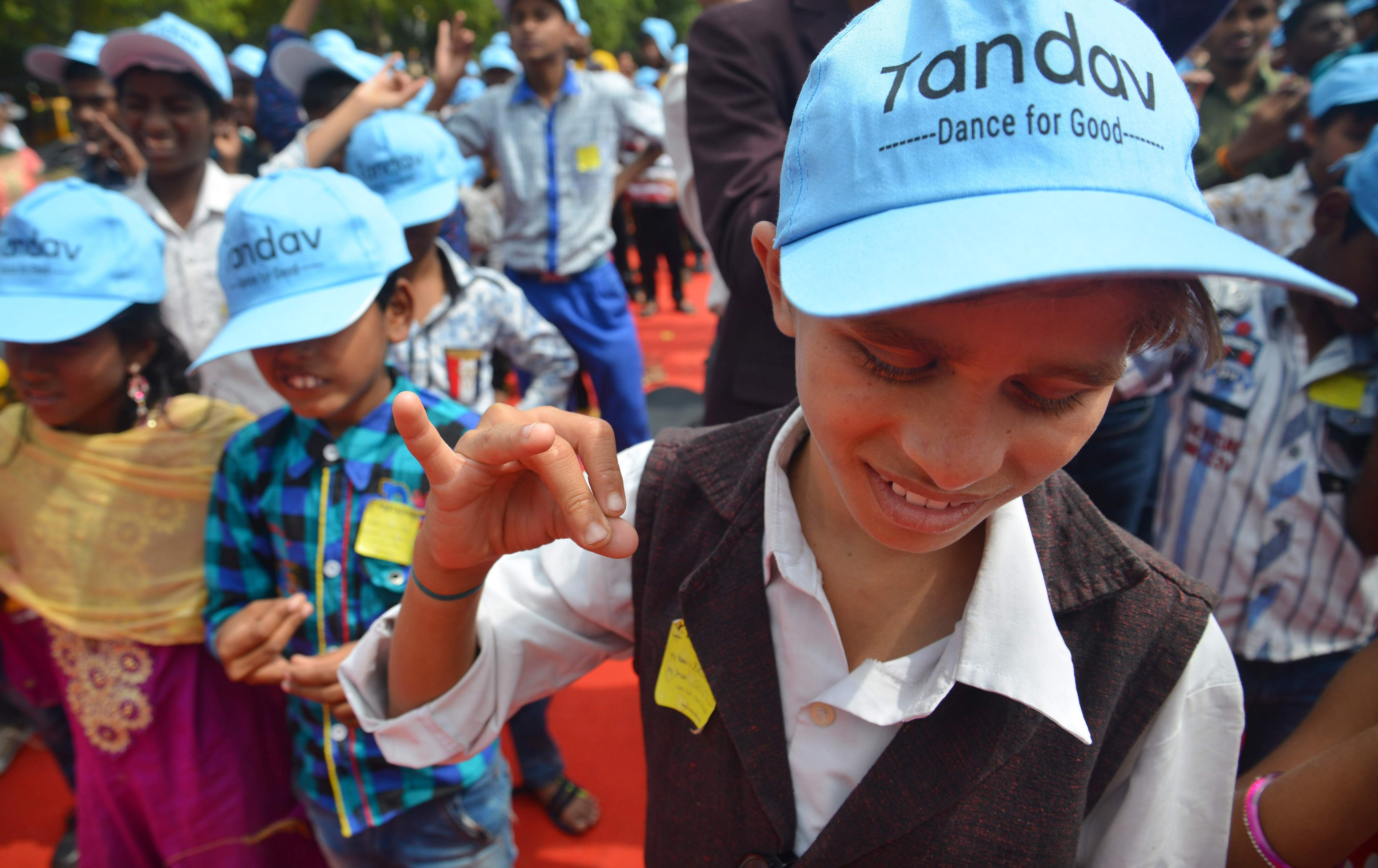 Getting inclusive: This year, the focus was on excluded communities and involving them further in the whole event

He was right. Things were done pretty well. All thanks to S Siddaraju, DCP, City Armed Reserve) South, Bengaluru, who helped the volunteers get the venue. While differently-abed motivational speaker Dhanya Ravi was one of the special invitees, the Prabhas fans in Bengaluru also extended support.

The event also saw participants from different homes in Bengaluru. “We’re including people who are excluded by the mainstream society here. We want them to come forward and participate,” says Vidushi Jayaswal, a coordinator. There were orphans, children who are HIV positive and people from the LGBTQIA+ community and the dance steps bound them all together.