Much has been said and written about families staying together. But the Gaysi Family goes one step ahead and redefines the way we think about them. Established in November 2008, the online 'safe space' for desi queers to share personal stories was envisioned as a way for the community to finally open up about their unique experiences. After helping thousands of LGBTQIA voices find a voice on the internet, the organisation has begun taking their work to the real world. We speak to founder, Sakshi Juneja about uniting people's voices and the changing face of representation. Excerpts:

How did Gaysi Family come to life?

When I first came out to my friends and family, I knew that I needed to be around gay people and know more about people like myself. I wanted to know more about how other queer people live. So the very first place I went to was the internet. There were a lot of queer and more specifically, lesbian content. I found personal stories from a thousand different perspectives. However, I found that what lacked were Indian narratives. In my head, I kept asking myself, where are the queer Indian women? Then I spoke to a couple of friends, and together we decided to start a blog where we could share stories and get more queer women to do the same. So it started with bisexual women sharing stories, be it regarding their love lives, society at large or being a mother and any experience that they had to deal with uniquely. And that was the beginning of everything.

How did the community respond to it? How did the family begin to grow?

In a couple of months, more people started sharing their stories and the gambit kind of opened up a bit. We had gay men, trans persons coming forward and sharing their narratives. We used to get a lot of personal stories on same-sex love and that kind of opened it up more and people started to talk  about gender what it means to them to today when we have conversations around non-binary identities, intersex persons, transmasculine or transfeminine. Today, we even have conversations about the area of sexuality within the Indian narrative. It is something that blossomed organically. More minorities began sharing their experiences and how they navigate their everyday lives. On the other hand, with the advent of social media, we were able to reach a wider audience and get more narratives and people sharing their experiences. 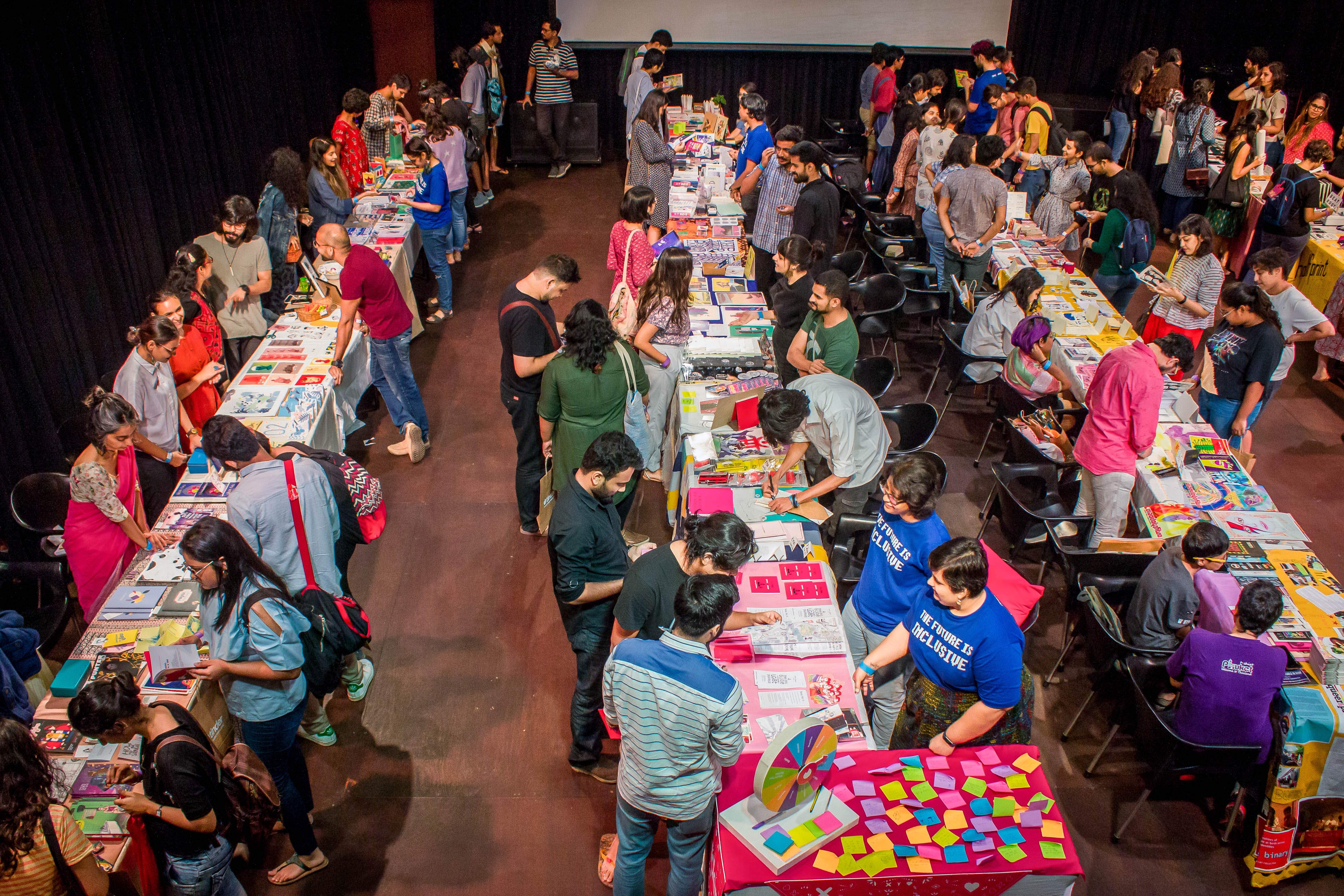 Safe spaces: The community is taking the space from online to the real world

How important are these safe spaces on the internet?

We spend most of our time online today. Even when we are amongst people, we tend to keep one eye on our phones. The thing about online spaces is that it gives you the freedom to be anonymous, invisible and yet share your opinion and put your story out there without having repercussions in your personal life. When it comes to queer narratives, it really helps people. For a community that has been judged and persecuted for so long, it's one way to put themselves out there without worrying too much about being exposed when they don't want to be. So it helps people who are in the closet or are questioning to come out to feel safe enough to consider coming out in the future. It's an important stepping stone.

How can we create such spaces in the real world?

In 2012, we tried to take these narratives to an offline space. So we started with open mics in Mumbai. Then we had more such events such as trivia night, a theatre production, and a festival earlier this year. Recently, we also started printing an annual magazine called the Gaysi Zine. So we kind of dabbled with a lot of creativity offline, finding creative ways to get conversations that are happening in online spaces with respective queers through online narratives to the real world. For instance, even when we do a bar night for queer women, we try to have a 20-minute conversation that people would ordinarily have behind closed doors. Even conversations that we earlier thought never existed about issues like consent, violence against women are finding a voice among the queer people who are a part of our circles and spaces.

How can we bring more attention to these stories among non-queer spaces?

I know from personal experience that to be able to accept yourself and be open about it, it was just about being around other queer people, having conversations with them and to feel connected. This whole feeling of belonging to a community can be very empowering. With Gaysi, the idea over the last 10 years has been to put as many narratives out there so people find these connections. And these aren't just related to queer people or the community at large, even non-queer people have heartbreak, issues with families or at the workplace. A lot of these experiences are more human than anything else, we all experience these as individuals. It's just little aspects that are different and we can all connect on certain emotional levels. It helps us have a better understanding of our own aspirations and that of others. So we are slowly building a more inclusive society simply by trying to understand each other a little better. 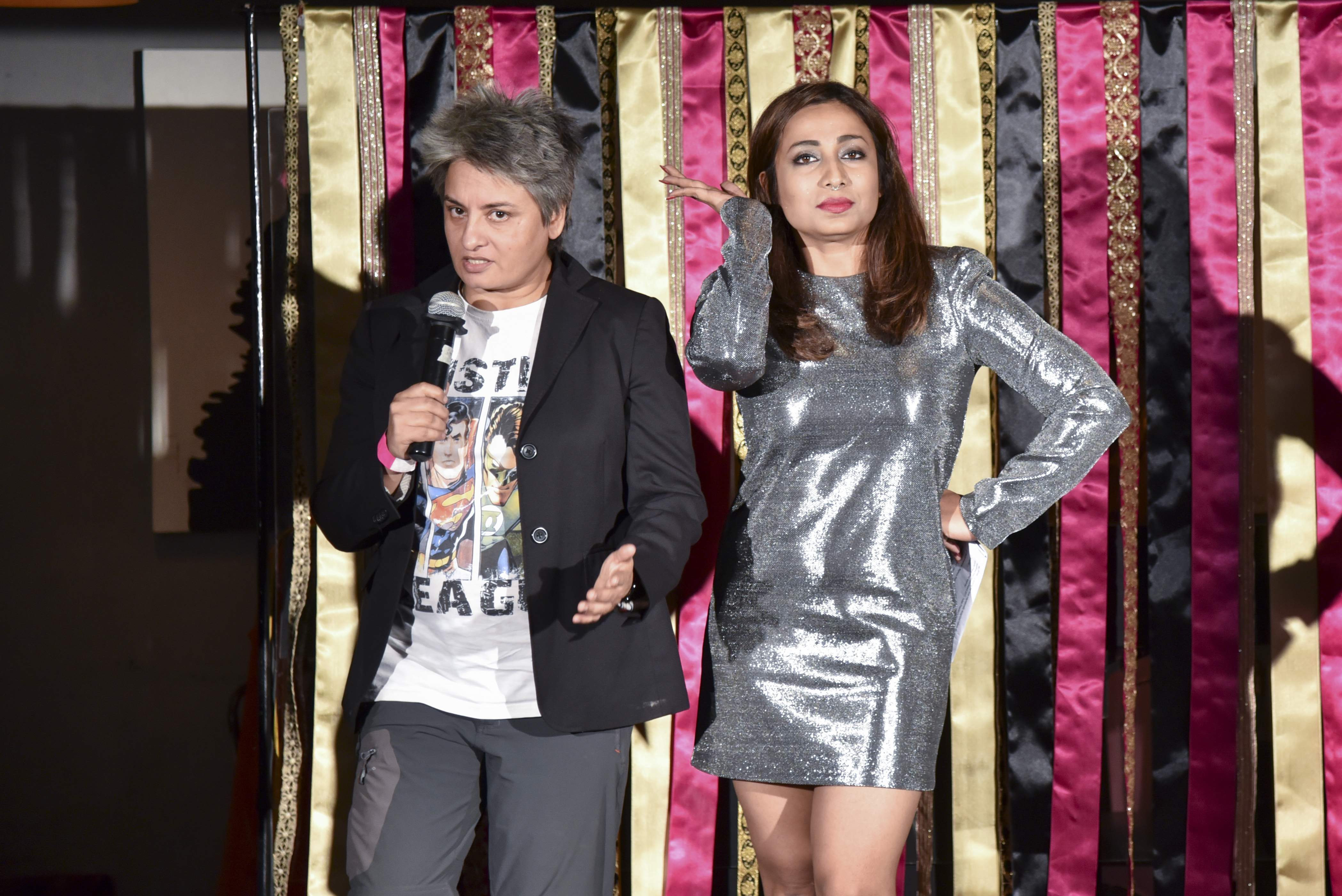 Out there: Gaysi was one of the first online forums for the queer community

How has visibility evolved for the queer community over the years?

A lot has changed since the time we started out. Even in the West or here, it took quite a while to make that journey from being a non-acceptable community to being a somewhat acceptable community to pretty much an acceptable one. In the last 10 years itself, we've taken a few jumps. It did not stop with sensitising initiatives and advocacy. There were dedicated support groups. There were individuals and collectives like Gaysi who were working in the midst of society and providing correct information around our issues. Things have changed rapidly from where we started and it is only because of the collective efforts of people who believed in justice and equality. We started out with representations like Karan Johar's Kanta Bhen to movies like Kapoor and Sons with full-fledged queer representation in it.

Even today when you see the digital space, we have entire web series dedicated to queer stories. We obviously still have a long way to go. But there is hope in the fact that today, the conversations have moved way beyond just sexuality being fluid, we are talking about gender fluidity. What also helps is the fact that with social media, information can be exchanged in lighting speed, people are being informed faster. That's where collectives like ours come into play and where we try and put out as much truth out there as we can for people to absorb.

On the other hand, kids today are far more accepting to different choices and respect other individuals. All these things together is a lot of progress. Today, we have open discussions about intersectionality taking the forefront. The mainstream conversation has changed and moved towards how queer people are navigating such spaces. We know more about what it is like to be a queer Muslim, a queer Dalit or a differently-abled queer. All these conversations are coming forward and they were unimaginable back in the day.

How should queer representation in the mainstream change?

We are still far from the ideal. But some important steps have been taken. For instance, we have a lot these web series where they are producing content that is moving beyond tokenism and not just having a single gay character for the sake of it or just producing 2 or 3 minute queer videos because it's become fashionable now. We are pushing towards more queer characters in mainstream films. Because of the commonality that I spoke about, such stories will definitely speak to people from different walks of life. Such themes will make a larger audience think and start acting on them. If you look at the other side, we have more Indian publishing houses that bring out books of fiction and non-fiction on a regular basis. It is getting much better but the mainstream media needs to catch up. They write stories on a superficial level, they need to dig a little deeper.