World AIDS Day: Which of these 20 myths about HIV do you still think are true?

HIV is one of the those diseases that has a long list of misconceptions that surround it ever since it was discovered. This AIDS Day, here is a list of myths that people believe about HIV-AIDS that we

With international funding for the war against AIDS steadily declining and the kind of drugs on offer right now, it's easy to surmise that the epidemic has passed. But has it really? Most people who live with HIV, live being the operative word today, still fight discrimination, ostracism and a distinct lack of normalcy. We took a trip down memory lane and have brought to you 20 of the myths about HIV and AIDS that have done the rounds from time to time. And we've debunked them for good measure.

Everyone who has AIDS has HIV, but not everyone with HIV has AIDS. HIV is the infection that causes AIDS. This doesn’t mean all HIV-positive individuals will develop AIDS. AIDS is a syndrome of immune system deficiency that is the result of HIV attacking the immune system over time and is associated with weakened immune response and opportunistic infections. In fact, AIDS can be prevented if HIV is treated at an early stage.

The symptoms of HIV can differ from person-to-person and some people may not get any symptoms at all.  You also cannot tell by looking at someone if they have HIV. Many people don't show signs of any symptoms. And, for people living with HIV who are on effective treatment, they are just as likely to be as healthy as everyone else.

HIV only affects gay, bisexual, and other queer men and drug users

Anyone who has unprotected sex or shares injection equipment containing contaminated blood can become infected with HIV. Infants can be infected with HIV from their mothers during pregnancy, during labour or after delivery through breastfeeding

False. Knowing your status and your partner’s status on an ongoing basis is the only way to know for sure whether you are at risk of contracting HIV or other STIs. Unfortunately, we can only control our own behavior. While we never want to think about infidelity in the context of a monogamous relationship, the reality is sometimes this happens.

This myth is a particularly damaging one. While unprotected sex and IV drug use are the two most common forms of HIV transmission, there is far more to the equation than these two variables. That is problematic on a number of levels, as it also implies that you believe HIV is a punishment for these behaviors.

Male circumcision prevents HIV
Circumcision lowers the risk of female-to-male sexual transmission of HIV by about 60%. However, it does not prevent HIV. You can still get it. 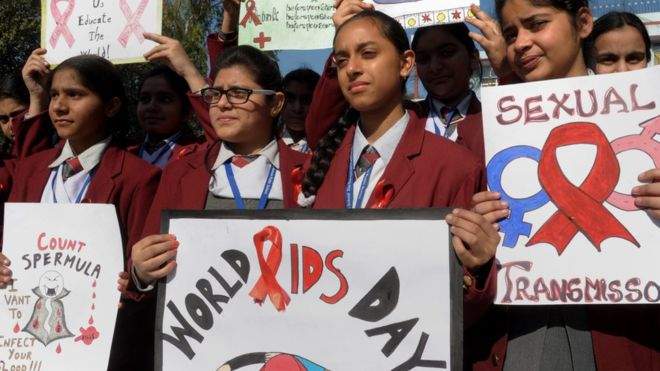 In all likelihood, you’ll infect your partner. There is no cure for HIV/AIDS

If someone tests for HIV while they're taking medication for it and the result is negative, it means that they are HIV-negative
Being on any form of medication will give a false-negative result. The person is are still HIV-positive.

If a person has HIV, they can't have a baby

It’s possible to have a baby with HIV, as long as their viral load is suppressed for at least six months prior to conception and it remains suppressed. If one partner is HIV-positive and another is negative, there are ways in which natural conception can occur without condoms, as well as other ways of getting pregnant. This is also the case if the partners are HIV-negative and HIV-positive, or if they're both HIV-positive.

Getting in contact with sweat, tears, urine or any other form of excretion of someone who has HIV could get you infected

There is no presence of HIV in the infected person's sweat or tears or urine. So the chance that you can contract the disease from their fluids is not even slim, it's none.

HIV cannot survive in the air for more than a second. Even less. So coughing, sneezing or spitting cannot transmit HIV. Seriously.

Using the same needles can cause HIV

New needles cannot transmit HIV because they haven’t been in the body of an infected person. If used needles are cleaned and sterilised properly they can’t transmit HIV either. 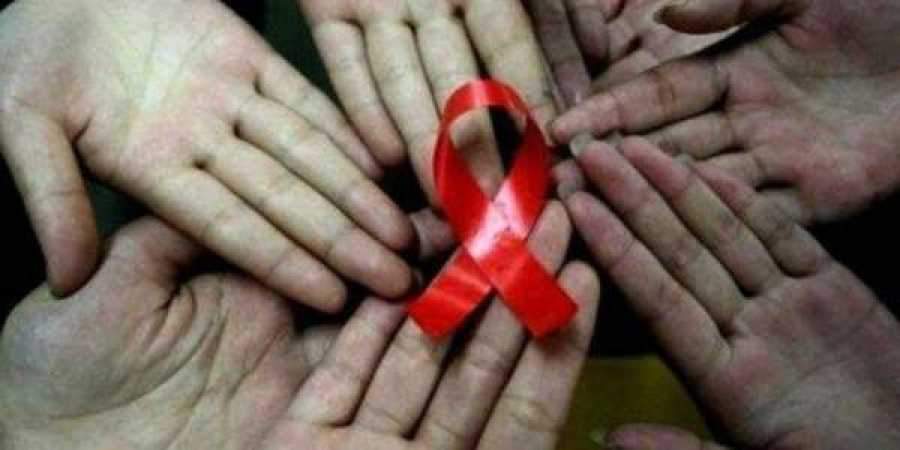 Infection could spread through water
HIV can’t survive in water, so you won’t get HIV from swimming pools, baths, shower areas, washing clothes or from drinking water. You may get a whole host of water-borne diseases though.

HIV can spread through toilet seats, tables, door handles, cutlery, sharing towels
HIV doesn’t survive on surfaces, so you can’t get HIV from any of these. There are times when people have claimed to have gotten it off the toilet but they are false.

You can get AIDS by playing an infected person's flute. Or saxophone
HIV can’t survive inside or outside any musical instrument. Even if it is an instrument that you play using your mouth, it can’t give you HIV.

Kiss a HIV+ person, end up with HIV for sure
There is only a small amount of HIV in the saliva of a person living with HIV that the infection can’t be passed on from kissing. So it's pretty safe to get some of that action.

Everybody who got a tattoo in the 90's has HIV
There is only a risk if the needle used by the professional has been used in the body of an HIV-infected person and not sterilised afterwards. However, most practitioners are required to use new needles for each new client.

Herbal remedies can cure you of HIV

Taking herbal medicines can be dangerous as they will not protect a person's immune system from infection and may interact poorly with ARVs if they are taking them alongside treatment. The only way to stay healthy when living with HIV is to take Anti-Retroviral Treatment as prescribed by a doctor or healthcare worker and to attend viral load monitoring appointments to make sure they are working. 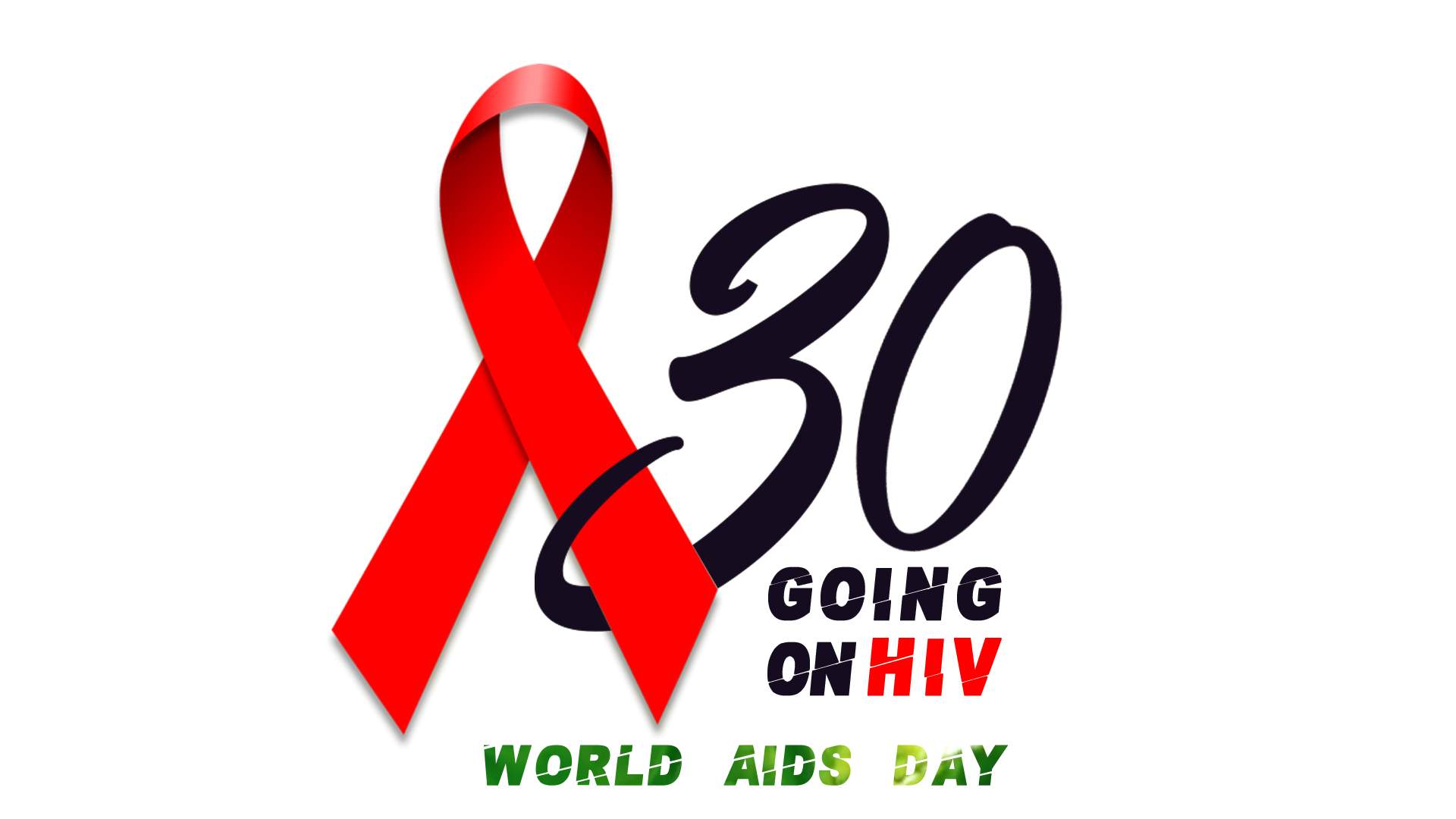