We all know that theatre is often at the forefront of social change. Over the years, it has become more than mere entertainment or an object of art. V Balakrishnan, Director of Theatre Nisha knows what we're talking about. The alumnus of Shri Ram Centre for Performing Arts is harnessing the power of theatre to bring social change and has taught over two thousand students in the last decade. In addition, he has also conducted workshops for tribal children and children with learning disabilities. "Theatre to me is something by which I identify myself and later, I adapted it as my profession. So today, I am not only using theatre in the field of education, but also using it as an intervention tool to break stereotypes. I started Theatre Nisha with some like-minded people and we conduct plays that are close to our hearts," says the 45-year-old.

Recently, Balakrishnan conducted a set of workshops with Jawahar Navodaya Vidyalaya (JNV) in Mahe, Kasarkode and Kannur. The JNVs are a system of alternative schools for gifted students. They are tasked with finding talented children from rural areas and providing them with an education equivalent to the best residential school system, without regarding their family's socio-economic condition. The workshops were based on the theme 'Using theatre for liberation'. "I had interacted with the principal of JNV, Mahe and he had invited me to take three workshops for all the Navodaya Vidyalayas in the region and this was a part of the larger initiative by the United States-India Educational Foundation, Chennai. So I did these workshops with the students and they were derived from my inquiry project which I had done as part of my Fullbright Programme. This was based on using theatre for liberation and the focus was on women empowerment," he explains. 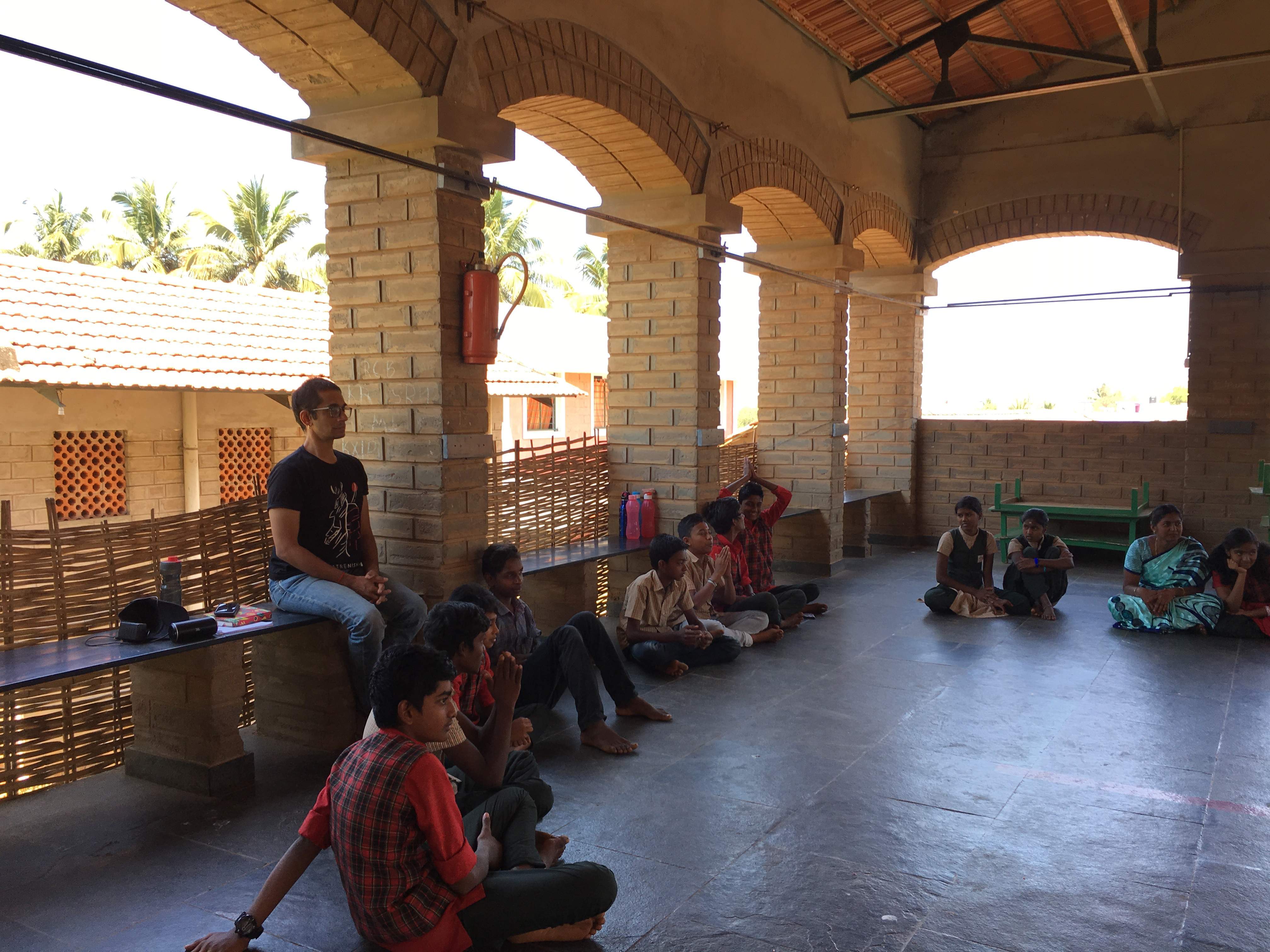 The students were asked to do a gender role reversal exercise in order to break gender stereotypes. "The idea was to sensitise males from underprivileged backgrounds about what the opposite sex is going through by walking in their shoes. For instance, there is a general stereotype that at home, it is the woman who does the household chores. So when the roles were reversed, it led to a lot of critical thinking and discussions among the students. It also led to a healthy dialogue on how students thinking beyond caste, creed, religion and gender can work towards creating an equitable society," he adds.

When asked about his most memorable theatre endeavours with children, Balakrishnan says that his work with the students of Alpha to Omega Learning Centre, a school for children with learning disabilities, will always be special to him. "Every year, we conduct plays with the school at a professional level. There are a plethora of experiences I've had with the children and it is nice to see how they identify with the dialogue, create their characterisation and how theatre helps boost their confidence and improve their motor skills," he adds with a smile.