If you were raised by television, the power of TV characters to shape the way we view people could not be lost on you. No one wants the best representation of their people to be Apu from the Simpsons. But brown TV nerds have reason to rejoice as Surina and Mel gets ready to hit the small screens.

Penned by former Modern Family staff writer, Sameer Gardezi and inspired by the real-life odd-couple dynamic of Melanie Chandra and Surina Jindal, the show is all about the lives of first-generation Indians and the experiences of the modern day South Asian woman. We spoke to the stars of the show about why this show will change representation in modern television.

Could you introduce us to the story behind Surina & Mel?

Ultimately, this is a show about two best friends navigating their early thirties in NYC. In this show, we play heightened, fictional versions of ourselves. Melanie is poised and type A while Surina is brash and non-committal. Audiences will get to see this odd couple duo lean on each other as they deal with their lives as grown-ups in the dating world, working the NYC hustle, living life in a way that doesn’t please their parents, and learning that adulting is really hard ("Why didn’t anyone prep us for adult life?!" they quip in between). We’ll see each character go on a journey of self-discovery as well throughout the season, and through their ups and downs, Surina and Mel have each other's backs at all costs.

What brought the two of you together to create such a project?

We met in Los Angeles in 2011 and have been friends ever since. A few years into our friendship, we began collaborating on writing and performing comedy sketches and since then grew closer due to our shared sense of absurd humour. We then met comedy writer Sameer Gardezi who decided he wanted to write a pilot script for us. And the rest is history.

Brown crown: The plot is based on the real-life friendship of the actors

How far are the stories in the show autobiographical?

Our characters very much stem from our own lives. The real Surina really does live life to her own beat and doesn’t have any time for B.S. She’s the only one who can pull Mel out of her comfort zone. Mel really is the best friend to Surina who provides her with grounding, support and a sounding board to help her work through her challenges.

How important is it to share the brown girl experience with the world? Why do you think such stories have been largely missing in the mainstream so far?

We absolutely need representation on screen. It’s important so that girls like us can see themselves reflected in the mainstream media and know that they matter. Our stories do matter, and it’s important to educate those outside our culture that we don’t just fit into one box or adhere to a specific set of stereotypes. We think these stories have been missing in the mainstream so far because people aren’t ready to take the ‘risk’ — perhaps people assume that the larger public won’t be able to relate to our stories or to the people who don’t look like us. We’d like to prove them wrong — our stories are specific and universal, and anyone watching can find a piece of themselves in our characters and our world.

When we were hanging out and something funny would come up, we would call Sameer and chat with him for hours sharing random or frustrating moments in our lives and he magically turned those into something clever and funny. It’s been a really fun and easy collaborative process because we all have the same sense of humour

From your shared experience within the entertainment industry, how much has the representation of brown people evolved? What has changed since your first days in the industry?

About 10 years ago, Indian roles were few and far between. And you’d always see the same handful of girls vying for those scarce opportunities. We’d be limited to roles as doctors, tech experts, sidekick sisters, usually all with an accent and then a few years later, we were all getting auditions for shows fighting or being the cause of terrorism, still with an accent! Now we’ve entered an era where most network shows have a mandate of casting diverse actors, so everyone is writing in these South Asian roles, but more often than not they are side-characters and part of a greater ensemble. The ‘token Indian’ character as they say. And now, there are so many more talented South Asian-American actresses vying for those roles. The talent pool has exploded, which is amazing. Mindy (Kaling), Aziz (Ansari) and Priyanka (Chopra) have definitely pushed the needle forward, but we are still a long way away from seeing multiple leading roles for brown people in the same way we see for non-diverse actors. You can’t have more than one South Asian led show on a network. You just can’t. When is that going to change? 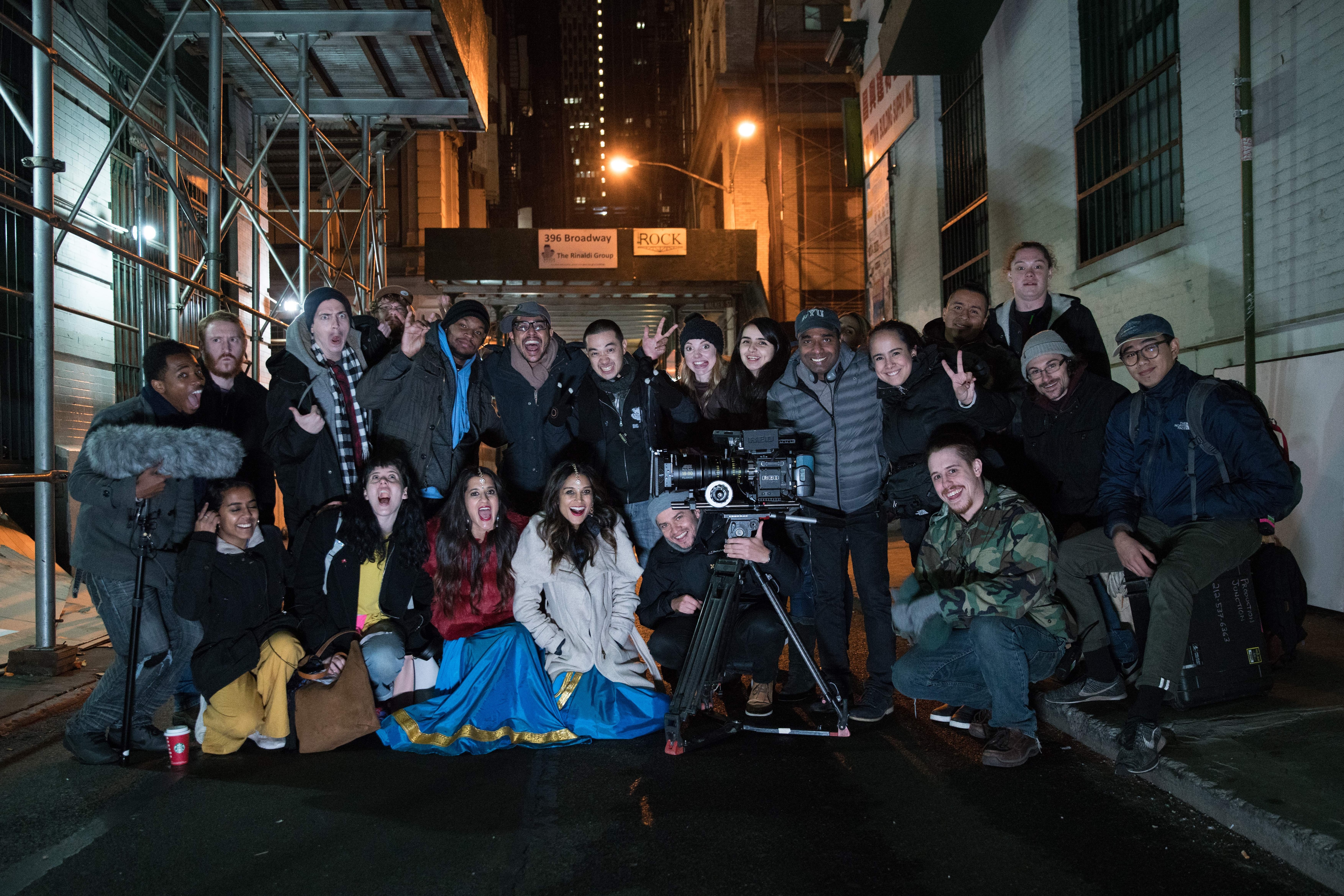 Show starter: The show seeks to share personal stories through the medium of comedy

How important is it to weave personal experience into comedy and acting?

It’s super important. The most poignant and relatable stories come from personal experiences. Also, to have richness and depth in your acting, you’ve got to bring in all vulnerable parts of yourself as well as your imagination when bringing life to the character. It’s great to pull from real life motivations to colour the characters with choices that mimic how we’ve experienced life in the past.   In a comedy, the protagonist is trying to meet a certain goal and as they are going through that process, the audience is meant to laugh and the ending is a happy one. Real life stories are hilarious in the same way. We all have those stories where we were trying get something, it didn’t quite work out, and telling the story makes people laugh. There’s comedy even in tragic moments. You’ve had moments where during that time it was the worst experience but looking back and re-telling the story you’re able to laugh about it. It’s the same for comedic characters. For them, the stakes are real, and they are viewing their circumstances as challenging or even tragic, but for us, it’s funny to watch. We always recall these moments in our actual lives and bring them into our creative work with Sameer.

Are there any other upcoming projects that you are excited about?

We’re excited for the day Hollywood recognises us as a dynamic duo that will elevate any project they are creating. How cool would it be to have Surina & Mel starring in Guardians of the Galaxy 4, every upcoming Star Wars movie, and as the first Indian duo in Game of Thrones? (They laugh)