This couple has been honing the Kabaddi skills of underprivileged kids in Delhi for 23 years. Now they need help

For 23 years, this husband-wife duo has been training, feeding and coaching young girls and boys to become Kabadii champs at Delhi's Palam Sports Club

As the clock strikes 5 in the morning, you'll witness young players throng the playground at Palam School in South West Delhi. You will also witness a 50-year-old woman coach and mentor these kids. This is the daily routine for Neelam Sahu, a coach at Palam Sports Club. Neelam has been training young girls from across the country in Kabaddi for over 23 years, with children as young as 10 attending the sessions. Her husband, Ajay Sahu, who is the secretary of the club, manages daily affairs and ensures that the needs of aspiring players are taken care of. "We started the club to train female players but as the word spread and the club became popular young boys also joined us," says Ajay.

One of the major responsibilities of the club is to take care of the food and accommodation of the players. Players from all across the country, especially from rural backgrounds, aspire to join the academy. "Many players came from far off areas and mostly hail from underprivileged backgrounds. They walk for 7-10 km as they cannot afford to use public transport every day. Despite the hardships, they would perform well on the ground. So, we decided to make things easier for them. We vacated one room of our house and accommodated the players there, he explains. The result was mind-blowingly good, "These children performed drastically well in the tournaments and as the news spread, more and more parents started sending their children to the club. Players from states like Uttar Pradesh and Haryana also started approaching us. While more players joined the club we were unable to accommodate them, hence we looked for a new accommodation near Palam School. We rented a flat and moved the children there. This gave them enough time to study and rest well before play time," says the 49-year-old.

As more and more players joined the club, managing finances became a problem for the duo. "Thankfully when our friends and neighbours got to know about the club they started pitching in with whatever little they had. We don't have better facilities here. The game is played on mats internationally. But we don't have mats. To play on mats, one needs to wear mat shoes but how much can we provide? So far we have produced nine international players. If we get better facilities we can train more players to play for the country. If we are given better accommodation and a bigger ground we can train more players," he adds. 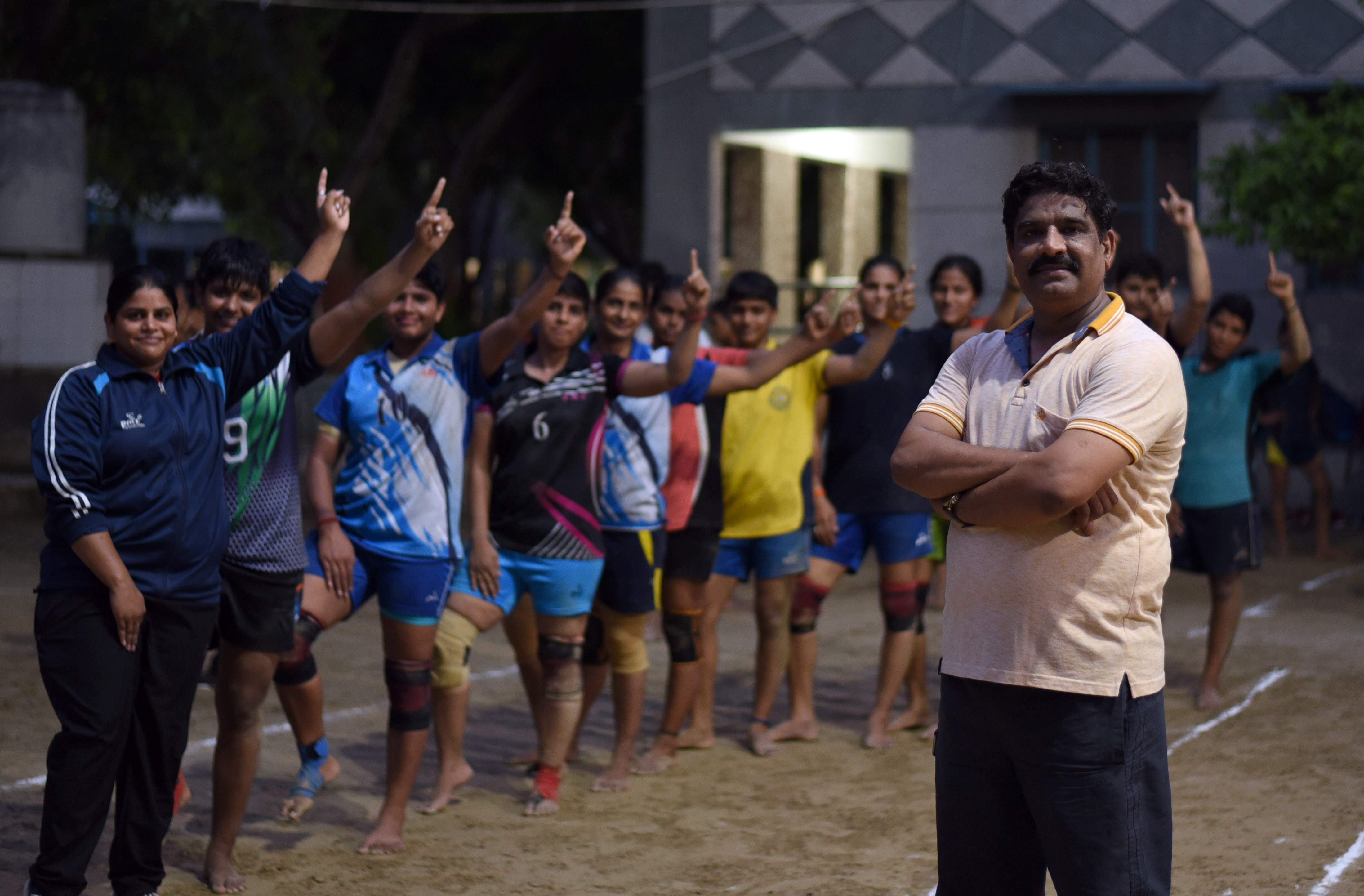 To keep the club running, they have started a crowdfunding campaign on Milaap to support more and more players from underprivileged backgrounds. "The entire funding is managed by us. The Delhi government has just provided us with a ground in Palam School but what about other facilities? That's why we started a campaign in Milaap so that we could help young players to represent the country and popularise the sport," he concludes.