We visited Kochi Mercato, an women's entrepreneurship sale that brought 60 businesses together for an outstanding exhibition of passion

On August 1, a swarm of guests made their way into Avenue Centre in Kochi's Panampilly Nagar. Twenty stalls were stuffed inside a hall with every shape and size of knickknack that 60 unique minds could conjure up. Kochi Mercato, an exclusive women's entrepreneurship sale, was being held in the city for the second time and no one was prepared to miss it.

Organisers Aysha Tania, founder of Aysha Couture, and Sahala Salim, founder of Sugarbeans were visibly excited. "We had just envisioned a normal expo but the walk-ins were beyond our expectations. Even at the venue, our supporters were saying that our exhibition saw crowds that rivalled the international exhibitions that are normally conducted there. For us, it was not just about helping women, it was about supporting upcoming entrepreneurs and existing ones and to help them find public exposure through a platform like this," says Aysha. 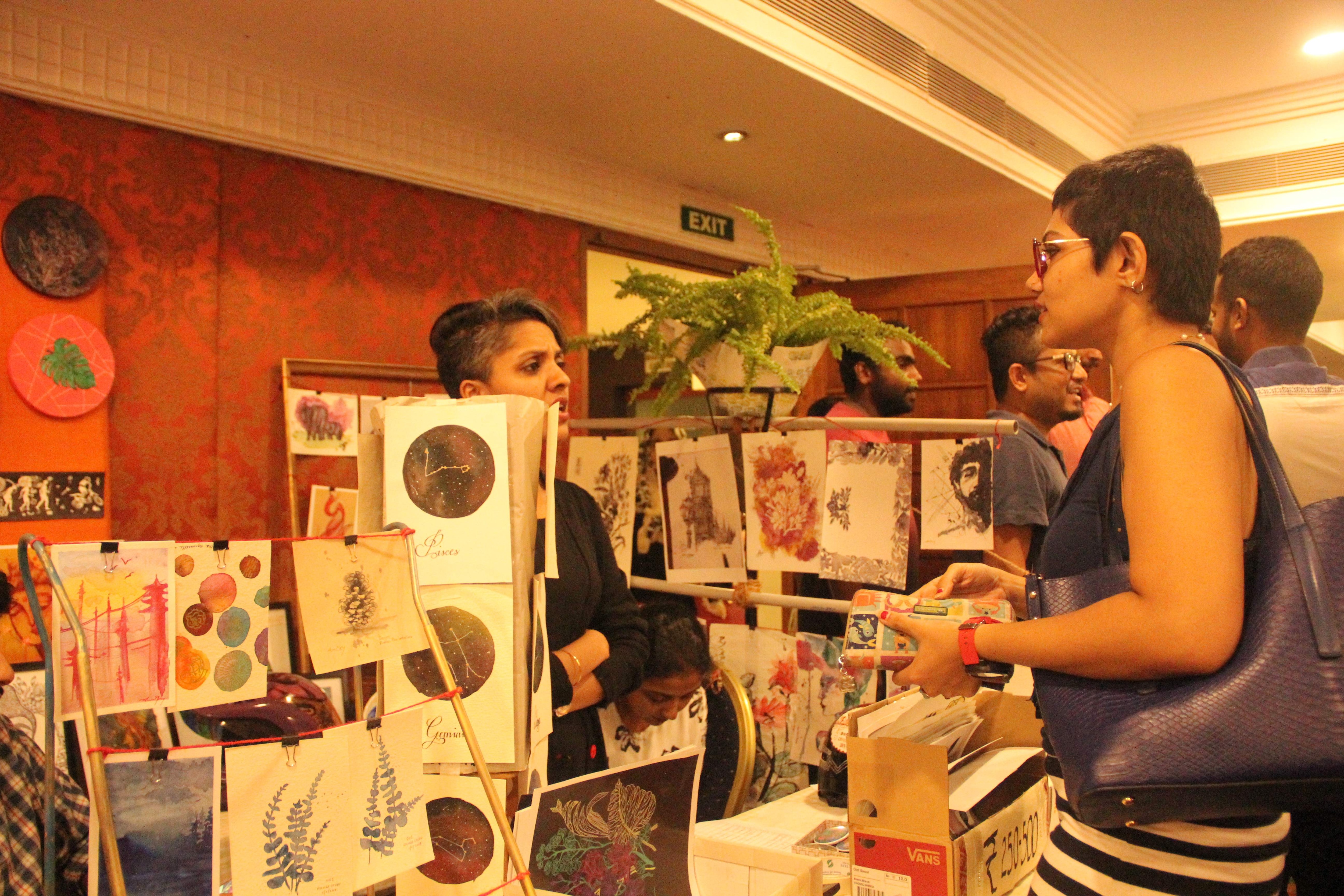 Women ahead: The event included various female entrepreneurs and artists

The co-sisters came up with the idea behind Kochi Mercato to spread the spirit of entrepreneurship that had helped boost their careers. They organised the first session earlier during the year to a positive response. Aysha is the founder of Aysha Couture, a clothing company and Sahala, who is a home-based cake artist. Aysha says, "There's no doubt that women have fewer opportunities. Even when they do, they need a lot of help and support. Especially for ladies like us who are married and have children, we need the help of our husbands and in-laws because there is a lot of support that we cannot give ourselves. We find ourselves very helpless, especially those of us with kids. Most of us who were a part of this are middle-aged. This was about starting a tradition of supporting ourselves."

The programme brought together independent female entrepreneurs from around the city. "I think it gave me the perfect opportunity to debut my products," says Safia Mansoor, who introduced her brand Dailygraphy, this July. She paints and graphically creates designs that are used on stationary products like notebooks, envelopes and the like. For her, the idea was to bring out something in Cochin which could become a one-stop-shop for all stationary and services.

The event, which was held at the intersection of Onam and Ramadan has brought a much welcome air of hope for young and independent women willing to take a risk for their careers' sake. "It has surpassed our collective expectations!" says Aysha. "While it was happening, everyone had a smile on their faces. We had visited individual stalls and each and every one of them were very satisfied and told us that they want the next one to take place as soon as possible. We went in simply expecting some business, but came out with overwhelming support."