Neha Ayyub paints her canvas with shades of hope

'Tomorrow you'll be yellow and glow from within. Like a sunflower who could not keep itself from blooming,' goes one of Neha Ayyub's poems that has inspired many on social media. The 18-year-old won Instagram over when Kerala's favourite leading ladies, Parvathy TK and Rima Kallingal shared her artwork. "I wanted them to see it," she says, adding, "I chose them because they are used to getting so much hate on social media that I wanted to give them a bit of joy." The thought affirms the handle she has chosen for herself, Fragments of Hope.

Having spent her formative years in Saudi Arabia with her parents, she currently lives with her grandparents in Thrissur. "Art was a passion since childhood, my earliest memories are related to it," says Neha. Her mother, a teacher would bring colour chalks home that Neha would eagerly use to create her first masterpieces on her little blackboard. Her creative juices kept flowing as the years went by. "Teachers would complain about my reserved nature in class. I would find myself fantasising about art ideas in the middle of my exams!" she laughs. 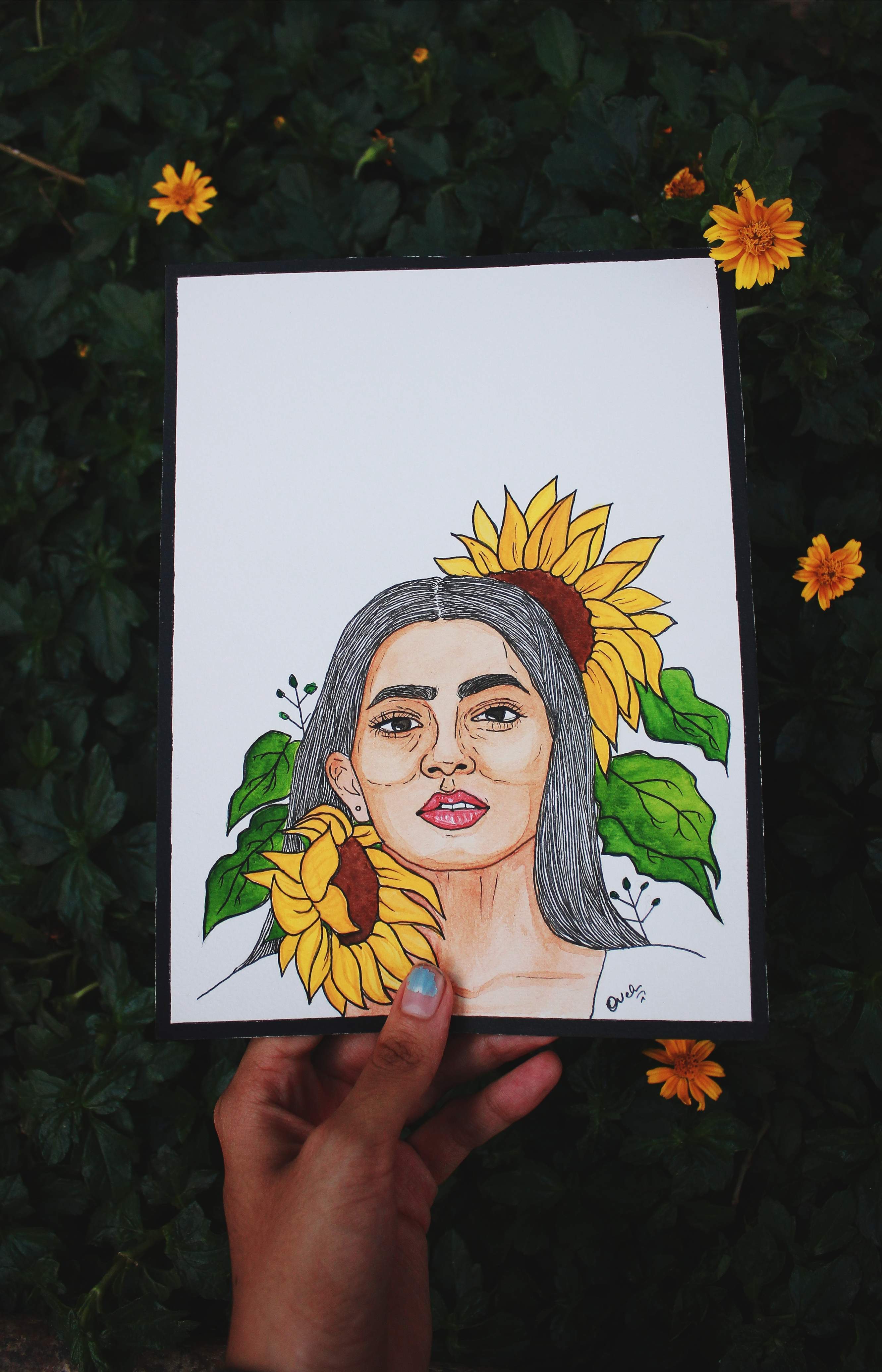 "Instagram became an outlet where I could just be myself," she says. Her paintings are brightly coloured swirls of nature and femininity that seems to come from a place far beyond her age. "I have had no professional training whatsoever. I developed a basic structure from a few summer classes I had taken as a child. Earlier, I had to have a reference picture for me to draw from because I didn't have the anatomy skills that it required to freestyle. I would just copy other people's work. As I grew older, I realised that this wouldn't work. It was technically art theft or plagiarism and on a personal level, it didn't work for me. So last year, I started developing my own ideas and drawing them."

Perhaps it's this lack of a standardised art education that makes Neha's art so unique. They are truly the product of her unbridled imagination. "It's always been inside of me, I never let go of it. It was kind of a stress relief mechanism for me. If I was going through a hard time, I would escape into art," she says. Her sunflower series, which featured inspirational women such as Parvathy, Rima Kallingal and Gilu Joseph, came from a similar place. She explains, "Sunflowers are unlike other flowers that wither away when they come under too much sunlight. Sunflowers keep their heads held high. These women face so much backlash, but they have gone through a lot in their lives to get to where they are. And the hate doesn't stop them. It inspires people to come forward and I was just one of them."

Although she grew up with her head above the clouds, Neha's tone becomes ever-so-slightly solemn as we move on to the future. She says, "Art was nothing serious. It still isn't. It could never be a career choice or anything because my parents are against it. These ideas can come and go. I'm taking English Literature and hoping to explore the world of opportunities that will follow after that. Whatever I end up doing, I'd like to keep writing and drawing. If I turn this into a profession, it'll defeat the purpose. It will cause the stress that it helps me run away from." Any social media addict should thank the heavens for Neha's occasional escapes for the fragments of hope they leave behind on the battle-worn grounds of social media.