From refugee camps in Europe to the deserts of Rajasthan, this UK-based travelling troupe has been bringing smiles to children's faces across the world

Be it a refugee camp or a dull room in the hospital, when they make an entrance on their unicycle and brightly coloured clothes, faces will turn for all the right reasons. As a musician, clown, dancers and magician take turns to enthrall their audience, their spectators are spellbound.

The Flying Seagull Project was set up in 2008 in the UK with the sole intention of bringing moments of absolute joy to their viewers, especially children and help them overcome their pain.

Over the years, the group has travelled across 15 countries and performed close to 3000 shows for children, including those adversely affected by war and the resulting displacement. We caught up with Ash Perrin, the founder of the group.

Performing across the world, how has your journey been?

Whilst travelling throughout Southeast Asia in 2007, I volunteered for a few days in a local orphanage. One afternoon, I found myself playing guitar and I did a few magic tricks too. I saw how the children instantly relaxed and became happy. Though housing, food and medical care are quickly provided in crisis areas, I realised that how children feel is often not taken into consideration. 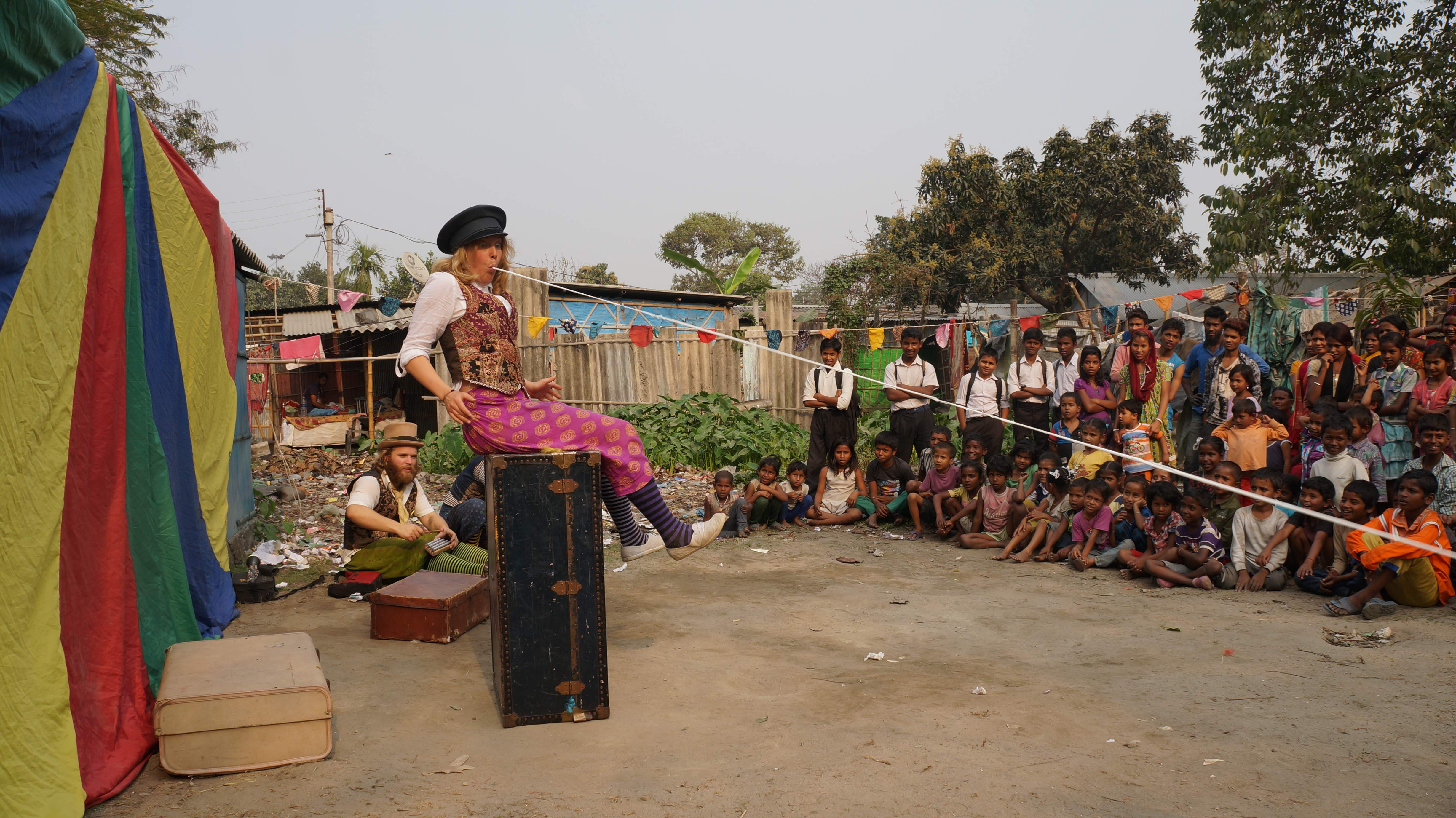 Gala time: A troupe artist during one of their performance in India

How did The Flying Seagull Project all come together?

I was lucky to have help right from the start. Naomi Briercliffe, Matthew Willis and Penny Lisle were immediately onboard with the idea. Romania was our first port of call and the reaction from the children we worked with was immediate and full-force. They were quite literally blown away. We find the children suffering in the worst situations: refugee camps, slum villages, orphanages. If children are forced to be stuck in these unjust situations, we want to be standing right there with them banging drums, floating balloons and laughing till our bellies hurt.

How have you managed to appeal to kids beyond language and cultural barriers?

Every place is different but kids are the same all over the world. They like things to be silly, mischievous, loud, gentle and truthful. They like to play and dance and express their energy in a safe but limitless way. Whilst many of our volunteers are multilingual, a lot of what we do is physical comedy, which crosses language barriers. The minute you add words you restrict and reduce the inclusivity of the work. If someone is deaf, speaks a different language or simply doesn’t communicate in that way, you lose them. 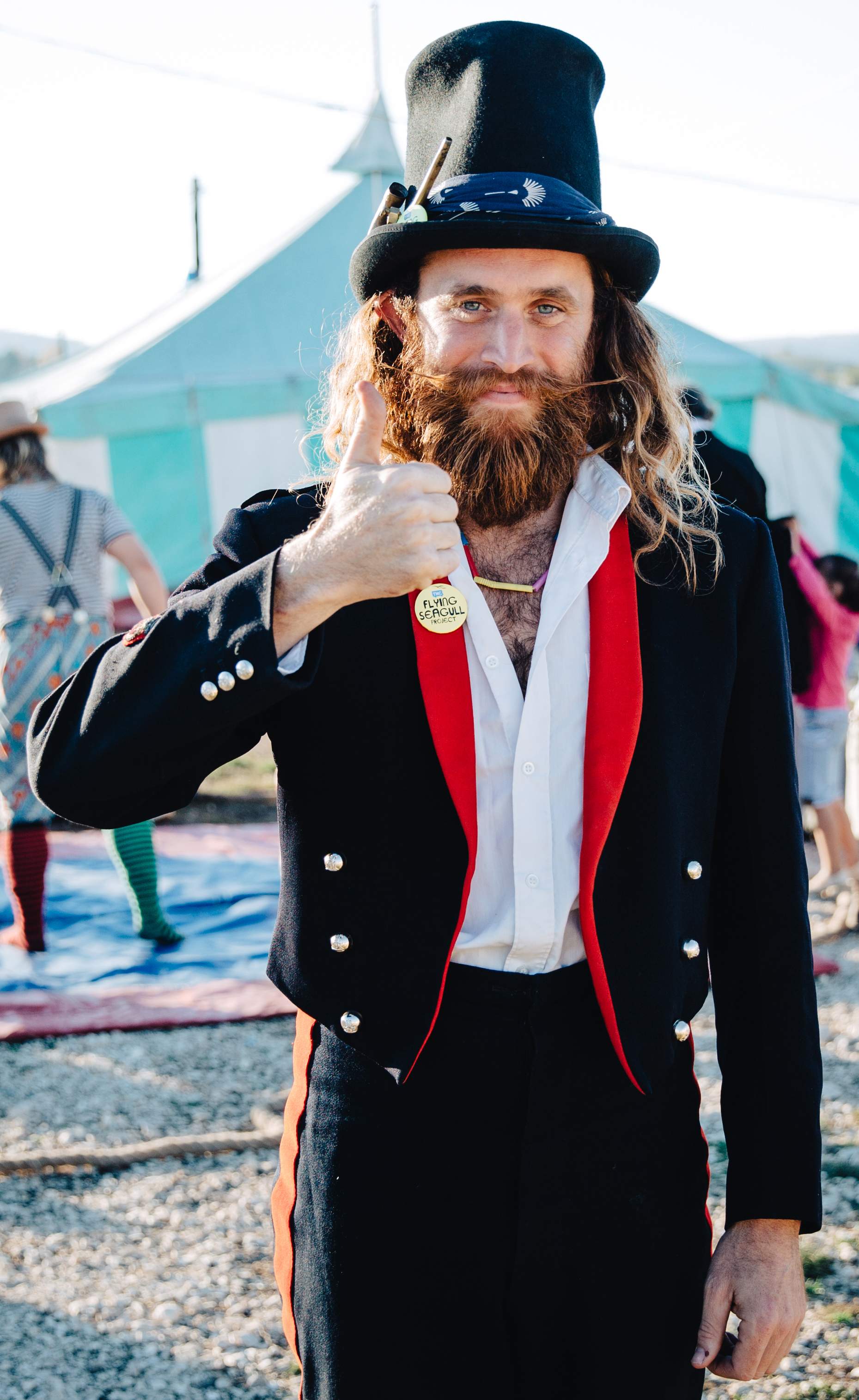 What are some of the lessons that you have imbibed from the kids you've performed for?

The lessons we learn from children come thick and fast. Off the top of my head, these lessons are resilience, adaptation, acceptance, determination, courage, self-awareness, consideration and honesty. Some of the unbelievably tough places we have worked in have produced some of the most resilient children. They’re not just physically resilient. They are so prepared to forgive, to trust and to show love, even though these are qualities they may rarely have received themselves.

What kind of impact do you see in them?

Listless, pale and tired faces become sparkly, uplifted and smiley. Those who feel scared gain confidence in the group games, those that feel forgotten get noticed and made into volunteers for the show. They turn from worried and scared little faces into cheeky and cheerful children again. The reaction isn’t just for the kids but also in their parents. They relax for a moment and you see parental pride and the warm love of family flowing as they enjoy seeing their little ones laugh again. It really is the greatest job in the world.

Run us through your most memorable moments in India and elsewhere

The India project was like no other that has come before. We worked with more than 13,000 children in only three months! One of the stand-out moments was being invited by a nomadic gypsy community that lives out in the deserts to do a show-exchange. The team, having spent the day performing for the kids on the peripheries, were asked to come into the inner camp (where no-one ever goes) and share both a meal and – even more amazingly – watch the elders perform their own ancient magic show.

In Idomeni in Greece, we saw 1,000 child refugees a day, every day for seven weeks. They would see us arriving on our unicycles, or hear our trumpets, and come running towards us singing and dancing. One boy spent ages practising a really difficult magic trick – he was so pleased when he got it. Experiences like that are brilliant, not only because they serve as a welcome distraction from the trauma of their journeys and the chaos surrounding them, but because of the ongoing benefit – the ability to perform the trick and entertain others again and again. We were one of the last two organisations allowed to stay at Idomeni. I’m very proud of that.

If you guys were given a wish, what would you wish for?

My dream is that play and structured recreation and creative stimulation become part of how people approach disaster-relief, emergency care and the social services working with children. I want people to recognise that how a child feels is just as important as what they eat, to make sure that the entire environment takes into account what it looks like, smells like and feels like to be a child in that situation. If we can play a part in encouraging people to think that way, I will be a proud and satisfied clown.