Rachel Thomas, who was in the capital for a TEDx talk, has over 650 jumps in over 11 countries to her credit and has had her brush with death, or almost, twice

She may not be jumping off planes anymore, but the thrill that skydiving gave her is still evident in Rachel Thomas's words. The Padma Sri awardee and India's first woman skydiver who was in Thiruvananthapuram for a TEDx talk agrees her life has been exciting and is glad that she has been able to inspire a generation of young skydivers in India.

The 62-year old, who retired after an eventful career spanning over 25 years, says it was the thrill of flying like a bird during free fall that kept pulling her back to adventure in the skies. "I always wanted to fly when I was a kid. I was attracted to aeroplanes too. It was at an army party that I learnt about the first civilian course being run by the Skydiving Federation of India in Agra. Next morning, I joined the training where I did my basic training of 10 jumps, a year later, I did 15 more jumps and there was no turning back," said Rachel who started out when she was 24. 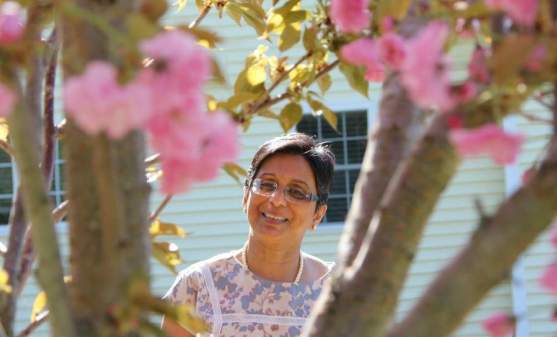 Though she sounds candid about skydiving, she says there were moments of fear, especially the first time when she stepped into the jump bar. Rachel says she saw death face to face twice. "One was in Turkey where both my parachutes (main and reserve) got entangled. I landed on my back and had a second vertebra compression. The second time was at Thiruvananthapuram at the Chandra Babu Stadium. The goal post had been removed and someone forgot to fill the ditch where the goal post had been. Though I landed safely, my left leg slid into the hole and my body went into a 360-degree turn. The Femur bone broke into two. I needed a rod with eight screws to fix it. Yes, I could not skydive ever since but I still run and walk six km every day," she said.

The former Railway executive has over 650 jumps to her credit in 11 countries including Australia, USA, Holland, South Korea, Sweden, Thailand, Turkey, Russia, Austria, Czech Republic and Jordan. A number of them were demonstration jumps for important occasions.  Like the time she organised the first friendship jump for war veterans from five countries. Or the time she jumped with the Prince of Jordan in the year 2000.

My biggest fear was jumping from the North Pole in 2002. Jumping over the North Pole was the 'Everest' of my achievement. I harboured this dream for 38 years. It is something I will cherish forever

She remembers with pride, how at the National Youth Festival at Bhopal in 1995, Former Indian President Shankar Dayal Sharma stood up to see her land inside the stadium. "I could see him doing that from the air," she said. So, how much did the recognition as the first female skydiver and the Padma Sri honour mean to her? "I did skydiving because I enjoyed it and took it up as a way to break barriers. I never chased awards. I was very honoured when I was recognised but never did anything for awards," she says.

Despite the thrill, Rachel says, skydiving is not all adventure. "It is a calculative game which needs high alertness and quick decision-making skills. You need to learn how to fly your body in a spreadeagle position. Each and every movement of your arms and legs are crucial," she says. So with the wide experience that she has got, does she plan to write a book? "I have written one, but need to polish it," she said. She says she is glad that the scenario and attitude towards skydiving in India are changing. "Even though skydiving is an expensive sport, more people are taking it up and I am happy about it," she said.