Hear it from the experts: Why motorsport may always remain a 'restricted territory' for Indian women

Motorsport, which continues to be a male-dominated sport, is gradually seeing female riders in India trying to break the stereotypes in a bid to rewrite history. The growth though seems to be not so significant, with fears of injury and inadequate finance being major hurdles to be overcome by these young girls. A lack of awareness also has a cascading effect on girls not being allowed to take up the sport

India’s first female National racing champion Alisha Abdullah, who owns a racing academy, feels the job is half done when the basic finances can't be sorted since it's significantly expensive - from maintaining a bike to using the track for training. “Getting sponsorship is one of the major problems that women drivers face. For one weekend race, it costs up to `50, 000. For superbikes, which employ highly modified production motorcycles, the cost will come to a lakh. Even if you practise twice a month, you need to have funds for training. Generally, girls participate in first two races and then back out due to lack of practice, for which the root cause is gathering funds.” 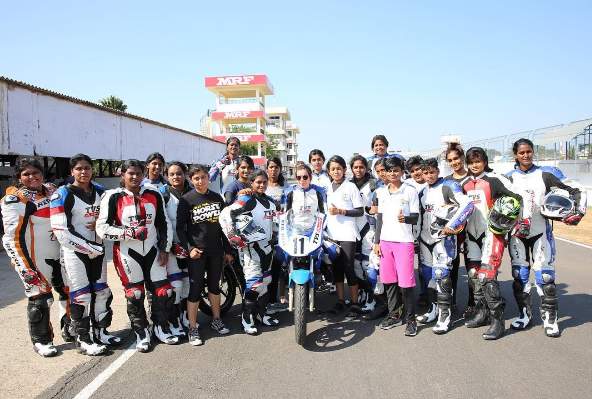 With the aim of encouraging racing among girls, Alisha started the academy in 2015 and has trained around 85 girls across the country. Though the interest for racing has increased among girls of late, finding the right channel to unleash the talent has been a concern. Parents' unwillingness to let girls participate is another reason why we don’t see many Indian female drivers on the international podium. “The conversion rate from a trainer to a National racer is very low. If 100 people train, only four or five make it to the next level. Parents’ mindset also plays a major role in getting girls to racing. They fear (about) their daughters getting injured. Even if there are minor bruises, they stop girls from training,” said the 28-year-old.

They don’t perform because of the mental stress back at home. Driving a racing bike involves a great deal of physical and mental fitness. Hence it’s important to make parents get familiar with the sport

This is a recurring theme for most girls who train under her – getting parents onside is a huge battle. Alisha feels covering mental fitness is crucial. “They don’t perform because of the mental stress back at home. Driving a racing bike involves a great deal of physical and mental fitness. Hence it’s important to make parents get familiar with the sport." Now, why is that important? Without the proper support system in place, sponsors, very much the golden goose here, will go away. "Sponsors pull back when the girls don’t produce great results."

That's not to say the country hasn't produced women racers. Apart from Alisha, the likes of Mira Erda, Sneha Sharma and Neha Dabas have shown what they are capable of at varying levels. However, they are a select few who remain outliers. There is still an arduous road ahead for women to get into the sport with finance being the major issue.