This DRDO assistant is making government schools kids a pro in English and Computer Science. And he is not alone in this

The 86th Amendment to the Constitution of India introduced the country to Right to Education in 2010. It was made obligatory for the government to ensure that every child in the country, below the age of 14, receives free and compulsory education. Voluntary organisations as well have taken it upon themselves to do their bit. "It is the 'right' of every child in this county to be educated.

One cannot call it a 'service'," believes Vinod S, an Assistant with the Defence Research and Development Organisation (DRDO). With this idea in mind, he started a voluntary organisation, Shikshan that today reaches out to government school children, teaching them English and Computer Science through weekend classes. But Vinod isn’t in this alone. He is working on this initiative with three of his friends by his side — Gopi Krishnan, Roopa Gopi and Satish Rajan — and a team of enthusiastic volunteers. Ask this scientist where he finds the time and he says that quite a lot can be achieved over the weekend.

"Since I am a Central Government employee, I work only during the weekdays. I have two other days for myself, which I chose to spend for a social cause," he adds, humbly. A school in Sampangiram Nagar, Bengaluru comes alive every Saturday as Vinod and his team reach out to them. "We have adopted this school and hope to ensure that they excel," he says. 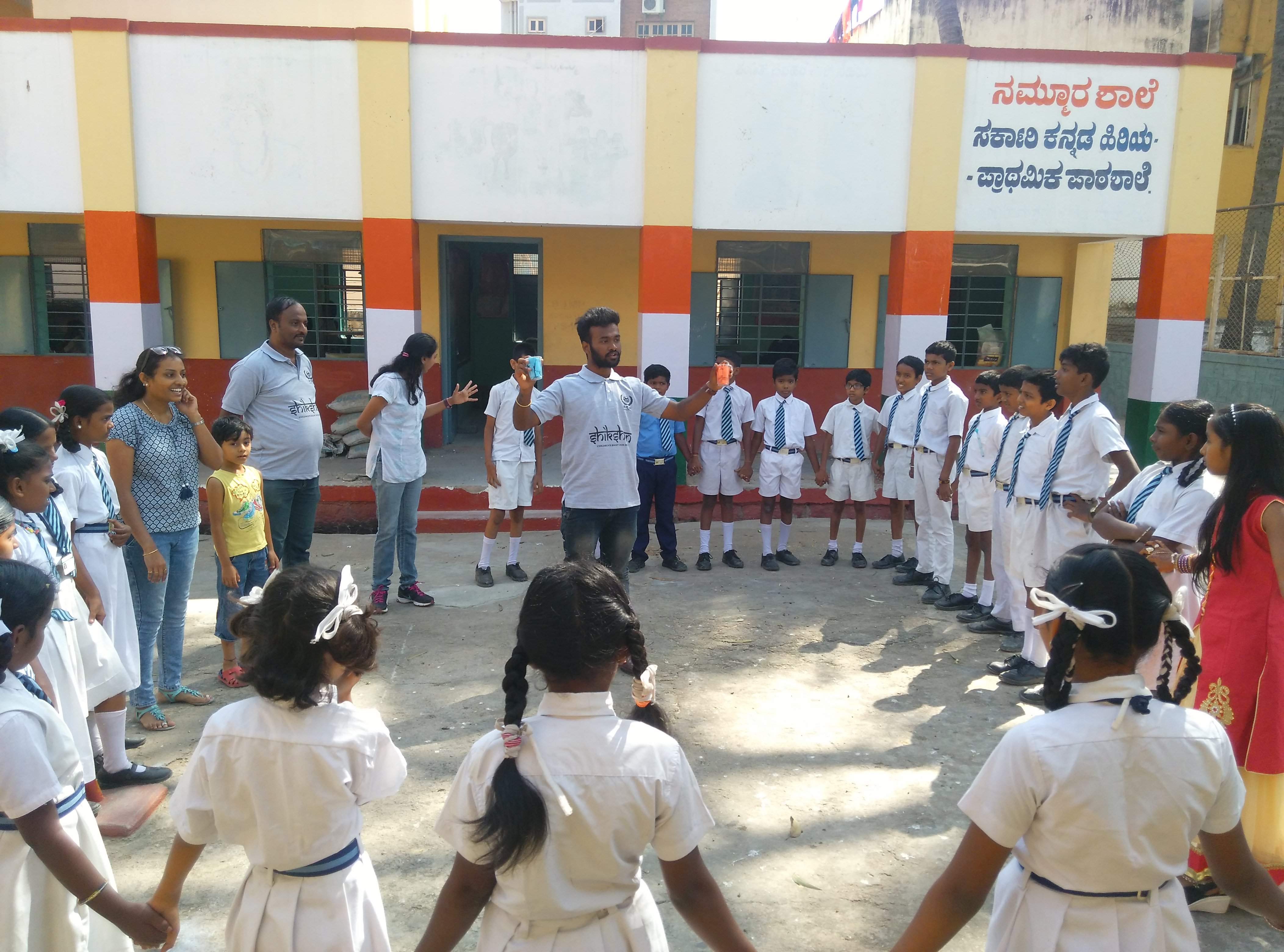 Guide might: Under Shikshan, the team has dopted Bengaluru's Sampangiram Nagar School

While primary school children in this school learn English, those in high school receive computer training. "We have designed the syllabus based on the curriculum that the State Government has prescribed for their texts. We do not want to divert from that and give them additional work. We want them to perfect this first," he explains.

So, what prompted him to take up this cause? "I was once walking by this school in Sampangiram Nagar, which was in poor condition. The infrastructure was also poor. When I brought this to the notice of the local leaders, they offered little help. I realised that it would be foolish to wait for people and started an initiative of my own," he explains.

Vinod believes that the true purpose of Right to Education will be realised only when government school students are on par with those studying in private schools. "Most people of the lower and middle class spend their income on private schools or on private hospitals. If this is put in place, their savings could go up by large margins. Strengthening government schools and hospitals is the solution for this," he states.

Under Shikshan, the team has now adopted Sampangiram Nagar School and is in the process of adopting C V Raman Nagar School and the government school in Hombegowda Nagar. The team also conducts awareness camps and sessions for children on various issues including environmental cleanliness, need for education and personality development.