The child welfare committee has also been accused of harassment by two external groups, including a legal body

The Delhi High Court on Sunday lashed out at the Child Welfare Committee (CWC) for allowing rescued kids to be allegedly "slapped and abused" by the cops while they are presented to them. The court's observation came after some advocates accused the premier child welfare body of severe apathy.

A bench of justices Sanjiv Khanna and Pratibha M Singh was also informed by the counsel for Delhi Legal Services Authority (DLSA) and NGO Light Life Freedom that even they faced harassment at CWC which eventually increased after they approached the high court.

"We cannot have a CWC which is a mute spectator. Allegations are serious. Why is the police misbehaving with children? This is not done. When lawyers are making such allegations, Delhi government has to do something about it. Is Manish Sisodia (minister of women and child development) aware of what is happening? Take this seriously," the bench said.

The court issued a notice to the Delhi government and asked its counsel Shilpa Dewan to seek instructions in the matter and take action. It also asked DSLSA secretary Sanjeev Jain to interact with legal aid counsel Mamta Srivastava, who has levelled allegations of harassment at CWC, and the NGO's advocates Sanjeevani Aggarwal and Jyoti Aggarwal and submit a report in a sealed cover in the court. 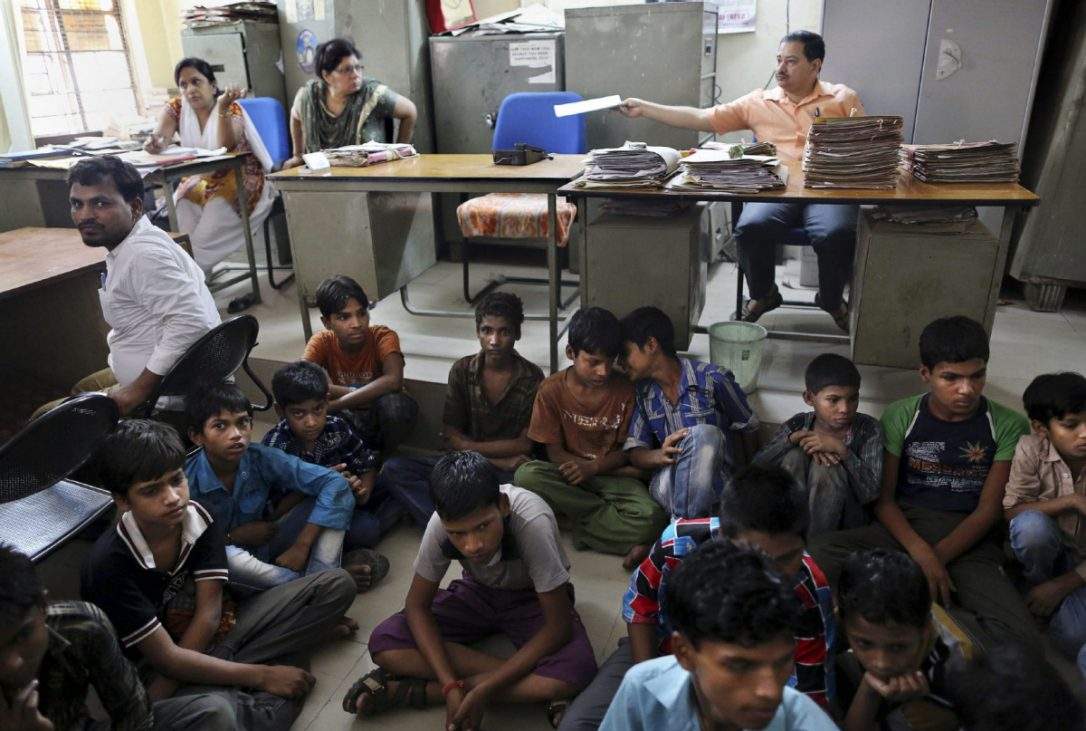 Wrong move: This isn't the first time cops are being accused of such  hostility and are often accused of not being able to provide even emotional reassurance or comfort | Kevin Frayer/ AP ( representative image)

The bench also asked Jain to interact with CWC officials on the issue to know their version. The court denied the petitioners' request for installing CCTVs at CWC premises to "stop this abuse and misuse of power by the bench of magistrates" there, saying the privacy of children cannot be violated.

The plea filed through advocate Pramood Shankar Tiwari also sought direction for conducting an inquiry on the working and functioning of CWC at Kalkaji and call all the legal service advocates to inquire if the committee is letting them perform their duties in the best interest of children according to the Juvenile Justice Act.

It alleged when the legal aid counsel raised objection over the questionable behaviour of police with children, "it was not taken on record and she faced harassment from the bench".

Srivastava also raised the issue of not verifying her attendance at CWC located at Kalkaji, Lajpat Nagar and Kingsway camp here. Another bench of Acting Chief Justice Gita Mittal and Justice C Hari Shankar had earlier asked the Delhi government to formulate a training module of functioning for the CWC jointly with the Delhi Judicial Academy.

It was hearing a plea by the same NGO alleging that the CWC-II at Lajpat Nagar here was releasing children under its care to parents without following rules under the Act. As a result, six out of seven kids, who were sent away, had gone missing and the seventh was found living in a brothel.