As far as colours go, like most of us Indians, 17-year-old Ariana Gupta from Mumbai has been told, ‘It would’ve been better if you were fairer’. Ariana, a 12th grader, has used Snow White to celebrate all skin tones in her debut book, New Age Fairy Tales.“I made sure that my character had all complexions, all colours, and she has sported all the shades because I just wanted kids to know that success is not related to your complexion or anything like that. You can’t equate it to something as singular as that,” she says. Ariana deliberately stayed away from making Snow White dark, because she did not want it to be about black or white, which would be another extreme. Beyond the magic, we’re subconsciously taught messages that will go on negatively shaping our thoughts. But boys don’t always need to save the day. Girls don’t need to be dormant till Prince Charming arrives. Ariana tackles the destructive messages that fairy tales put across to children, by adding her own twist to them in her book.

New Age Fairy Tales was published in December, 2018, through The Write Place - a publishing initiative of Crossword Bookstores Ltd. The book is 72 pages long, and addresses themes like feminism, body shaming, and our mental and social conditioning. The book uses the characters of Snow White, Sleeping Beauty, Beauty and the Beast, Cinderella, and The Little Mermaid to tell Ariana’s version of fairy tales. 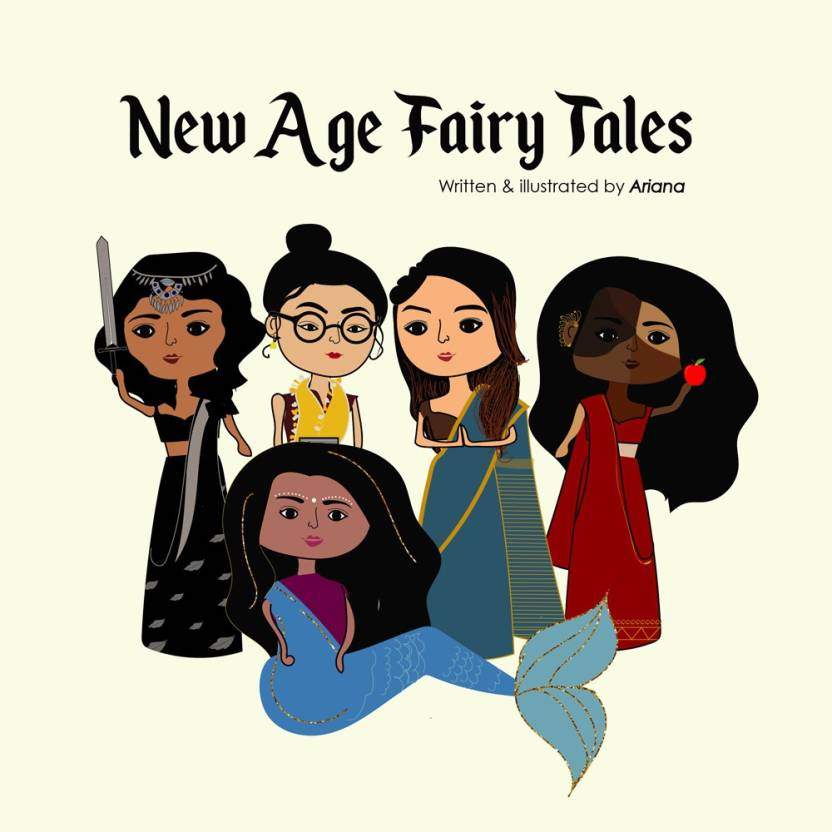 A New Leaf: The cover of New Age Fairy Tales proves that the heroines of these fairy tales are nothing like their earlier versions we are familiar with.

As far as the motive to inspire is concerned, Ariana’s book is similar to Elena Favilli and Francesca Cavallo’s of Goodnight Stories for Rebel Girls. But while that includes 100 stories of real women from the past and the present, New Age Fairy Tales strives to right the wrongs in stories that have already been written.

But Ariana did not always plan on publishing a book that changed how people think about stories they’ve always been listening to. It began with a photoshoot for a Graphic Design portfolio for which Ariana had five friends dress up as key characters from fairy tales. She Indianised them, and made them wear saris and Indian jewellery. She says, “I created a poster through which I altered each of the messages that these fairy tales sent out, and after I was done with that, I realised that they actually had the potential to be turned into stories.” She then proceeded to reread the fairy tales to find out what wrong messages they were sending out to children, and then began to change the narratives. 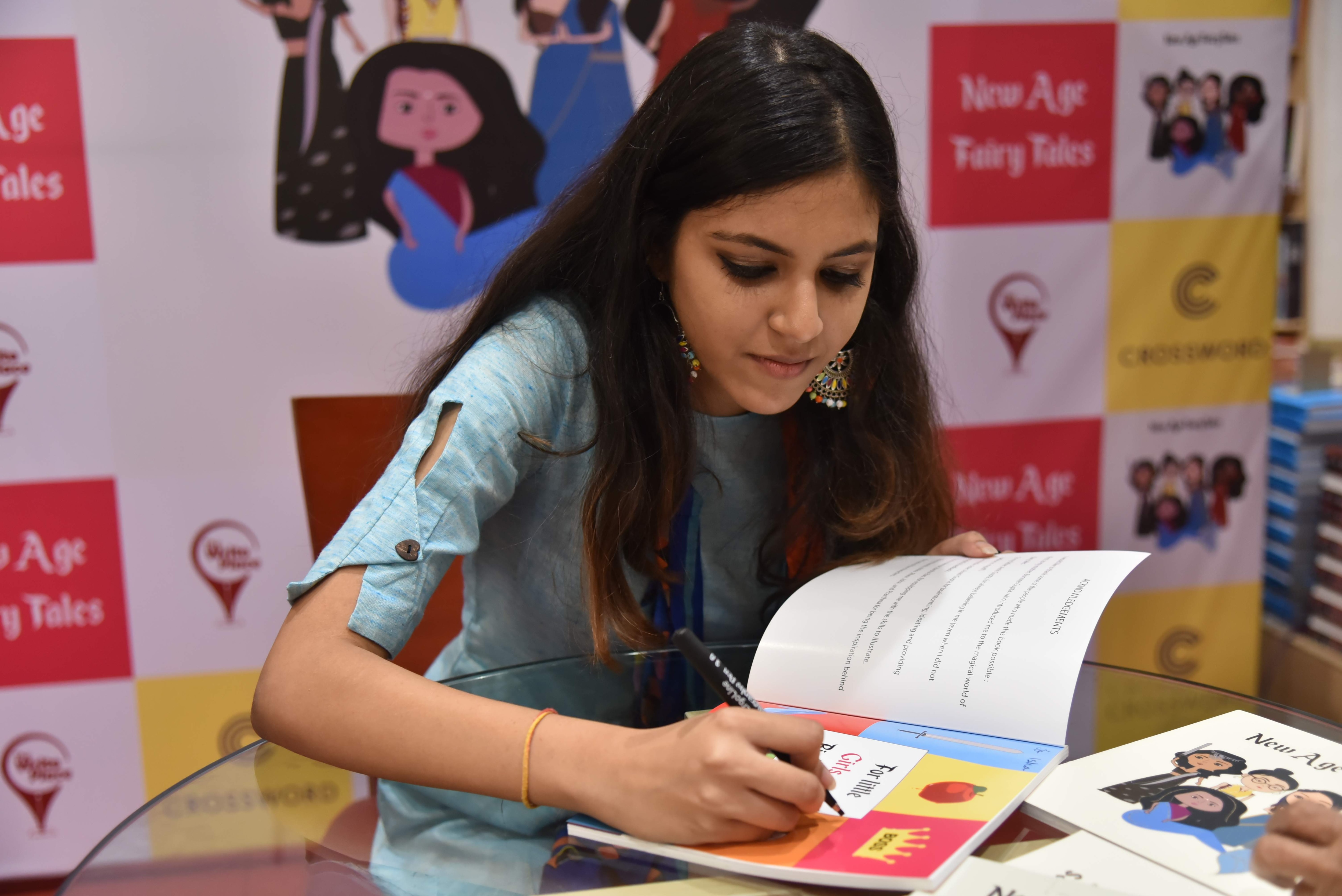 Initium Novum: Ariana Gupta signs her book at its launch.

While Ariana was worried about whether or not children would be able to relate to the ways in which her characters were altered and presented, she did not underestimate the intellectual capacity of her audience to understand concepts dealing with problems in our society. She recalls fondly, “When I read it out to my 7-year-old neighbour, she could instantly relate. She didn’t get the part about body shaming, obviously, because I haven’t explicitly mentioned it, but she got the overall message about being happy in your own skin, and with who you are.” It’s hard to let go of something that you’ve grown up with. But what encouraged Ariana was when the little girl said that she liked Ariana’s fairy tales better than the original stories she was introduced to. “A lot of adults who read this book also said that adults should read the book as well, and not just children,” Ariana added.

Ariana has also used colour psychology to change was how we perceive villains. According to her, if we’re given a bunch of colours to choose from, we always pick black as the colour that is associated with evil. But Ariana says that things aren’t as simple as that, and neither can you classify people as good or bad. “There’s always a grey area and I think children should be taught that. Good people can do bad things,” she says. But with regard to villains, Ariana doesn’t just stop with the colours. She also rejects the pattern of a woman being another woman’s biggest enemy, be it in the form of an evil stepmother, or an envious witch, or as an evil sea creature. “I want the women in my stories to help each other and not be pitted against each other,” she stated. 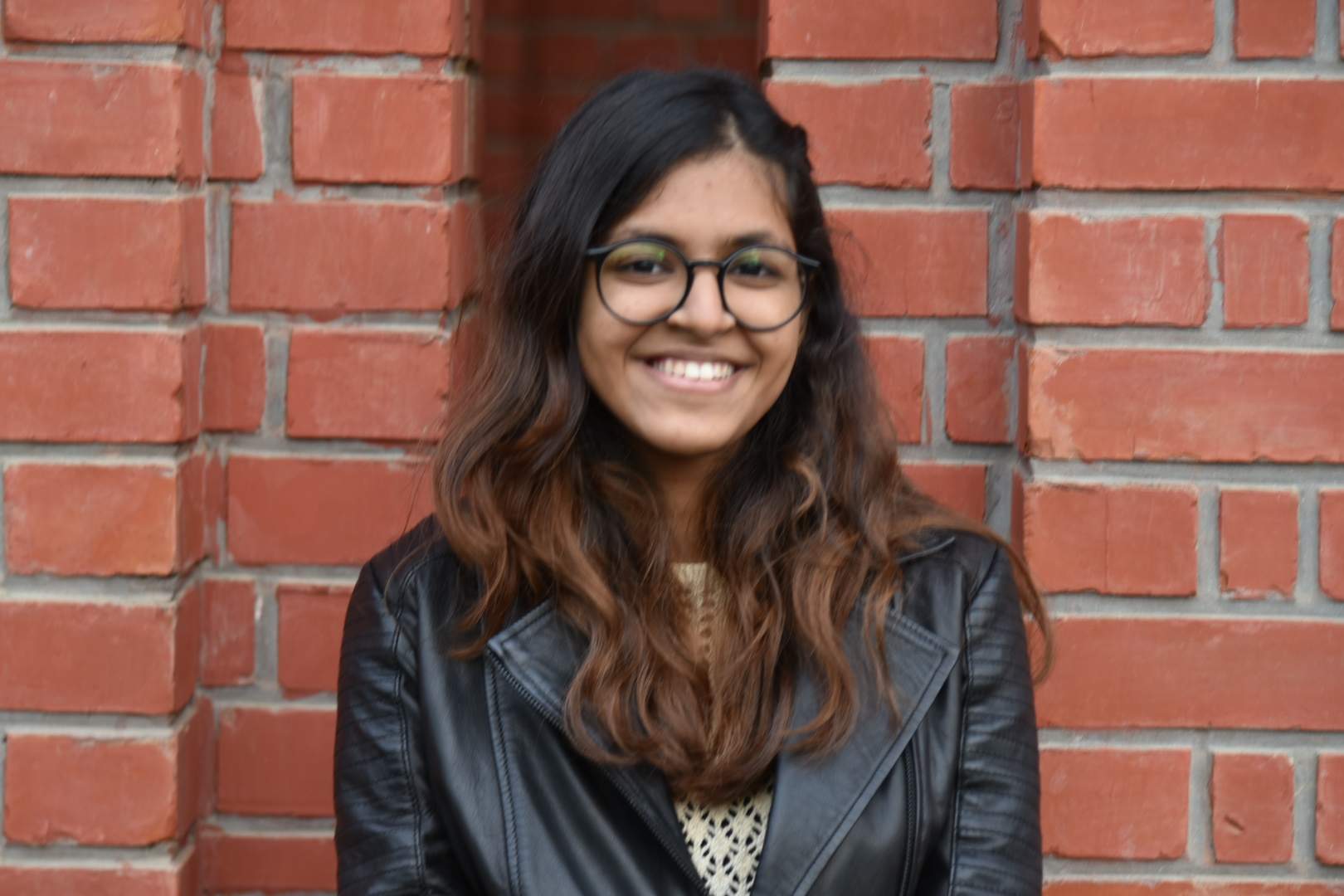 None forgotten: Ariana says she wishes to write a book concerning the issues boys tend to face in the Indian society.

While Ariana is busy with the academic pressures that every 12th grader in India has to put up with, she doesn’t just want to stop with a book that empowers women. After she is done with school, she also plans on publishing a sequel about the problems boys face. “I want to establish the fact that boys can also be sensitive, and I want to dwell upon things like consent and simplify it so that children are taught such things early,” she says. Ariana also has a word of advice to anyone who wants to make a change in the way our society thinks: “I think you can just start small, and do everything in your personal capacity to get where you want to be. For me, it was through my art. Start small, and before you know it, something big will happen.”