Forget Cinderella, these 5 books tell kids it's okay for boys to cry and girls to be strong

From Cinderella to Snow White and the Seven Dwarfs, Little Red Riding Hood to Sleeping Beauty — traditional stories may come with morals, but there is no denying the fact that they tend to pander to gender stereotypes and perpetuate biases. The fair maidens and chiseled princes, the damsel in distress and the knight in shining armour routine, kissing women in their sleep (sexual assault lawsuit, anyone?) — these stories are riddled with 'chivalrous' crap (for lack of a better word) like this. Who said girls can’t rescue themselves or that all boys are brave?

In today's world, there is no scope for kids to relate to these characters or situations, despite the various retellings and re-readings of these tales over the years. Children need, scratch that, deserve better stories that they can resonate and relate with. And for that, we need better writers. This is where 'The Irrelevant Project' comes in and it's more relevant now than ever. Started by Alishya Almeida and Meghna Chaudhury as a series of workshops, which has now turned into a power-packed punch of five illustrated books that were released this January, these books tell children that it's okay for boys to cry and girls to be strong.

After the final draft, the books were sent to journalists, mental health experts and researchers to make sure the content was coming through

If every conversation between Almeida and Chaudhury, ever since they met through the Young India Fellowship, was subjected to the Bechdel Test, they would easily pass as all they spoke about was intersectionality, feminism and the education scenario. "There is space for more and there needs to be more," says 29-year-old Chaudhury, during our call with the feisty duo. They decided to initiate a pilot workshop to understand the deep-rooted biases that creep into the minds of kids, in 2015. This was done in four classrooms of two government schools in New Delhi. The activities that they conducted helped children recognise the stereotypes that exist in their minds and the environment, along with certain critical thinking and problem-solving exercises. The inferences they gathered compelled them to start The Irrelevant Project. "We have five books with children, who are all of different builds and temperaments so that more and more children connect with them, as the protagonists," explains 26-year-old Almeida. And this is just the beginning. Currently, our challenges include publishing and distributing as we want more and more children to have access to these books

In the book, The Curious Case of Mohit and Rumi the Rabbit, Mohit is seen with a blanket that has rose motifs on it, while Anvesha from The Big Book of Why asks poignant questions like 'Why are all Barbies fair and thin with yellow hair?'. Bibloo from Don't Pull my Cheeks, even as a child, makes it known that he doesn't like anyone touching him without his permission. And then there is Nila, who prefers playing with aeroplanes rather than dolls. Whether it's through subtle illustrations or words, all the characters from the books strike a chord in more ways than one. A conscious choice by the authors, this was done to not only steer clear of the conventional portrayal of children, but also help them introspect. "These books can not only serve as conversation starters, but also help children self-reflect," says Almeida.

But of course, the path to disrupting hackneyed depictions in books came with its own obstacles. The most challenging of them all was finding illustrators for the books. "Every illustrator we worked with had full-time jobs and it was tough to meet deadlines," confesses Almeida. Not to forget that they were new to the world of publishing, so unforeseen problems like ink quality, size of the book and type of print loomed over them. While they hustled to find the right illustrators, Harish Balan from the publishing start-up, Read More Publishers, came in and offered to print 1,000 copies of each book. (That's your cue to hurry up and purchase these limited copies on amazon.in!) Today, The Irrelevant Project's future looks bright as several artists, illustrators and writers have flooded the duo's inbox with requests to work with them. But the two co-founders want to make sure that their funds are in place before they start another project. However, the direction that they do want to grow in is workshops and more functional titles because, with the kind of response they have received, the duo has realised that, "This is now bigger than us," says Almeida. They now realise what they have taken on and, even more so, realise the need to sustain it because the path to unlearn clichéd and rooted stereotypes is a long one and initiatives like The Irrelevant Project will help speed up the process.

We catch up with the minds behind the five books and ask them about their work: 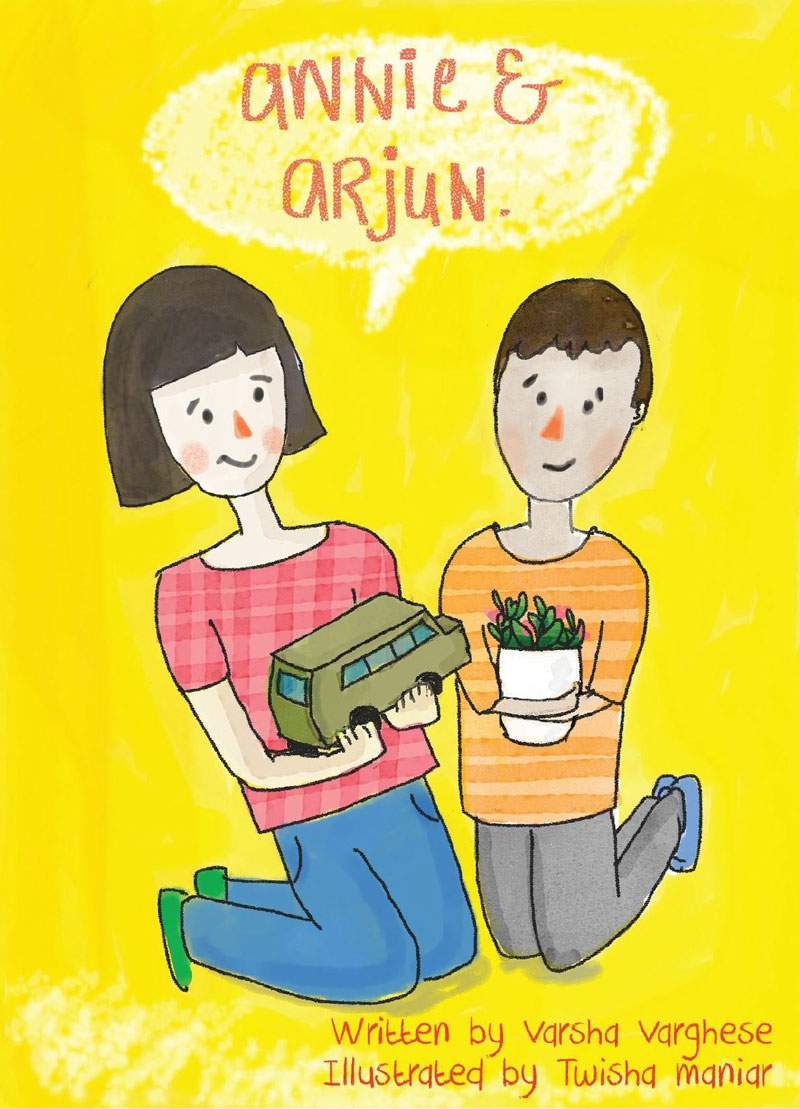 Maniar, who hails from Pune, wanted to a lend a very vintage vibe to this book where the characters, Annie and Arjun, wonder why, when it came to dividing chores, Annie was the one assigned to wash plates. "Most of us have grown up in (or at least seen) conservative families where certain tasks are reserved for girls," says Maniar, an interior designer by profession. And though getting the message across was difficult, in 20 odd days, Maniar had the illustrations ready. While Annie, a tomboy, dons gender neutral clothes and loves playing with cars, a sensitive Arjun deduces the gender bias in chores.

Ashwini Ashokkumar, writer, The Big Book of Why Ashokkumar, who is currently studying at the University of Texas in Austin, US, immediately connected with Almeida and Chaudhury’s project and was on board. The book was born out of the idea that "we are just given things to learn and remember and never encouraged to question it. Nobody asks for our opinion on it," says the 27-year-old. So to help encourage children to evolve by asking questions, The Big Book of Why's inquisitive protagonist, Anvesha never holds back in asking difficult questions like, 'Why does daddy cook only on Sundays and amma cook daily?' Anvesha looks like your average Indian kid with body hair and brown skin. Over three to four months, this book came to be what it is. 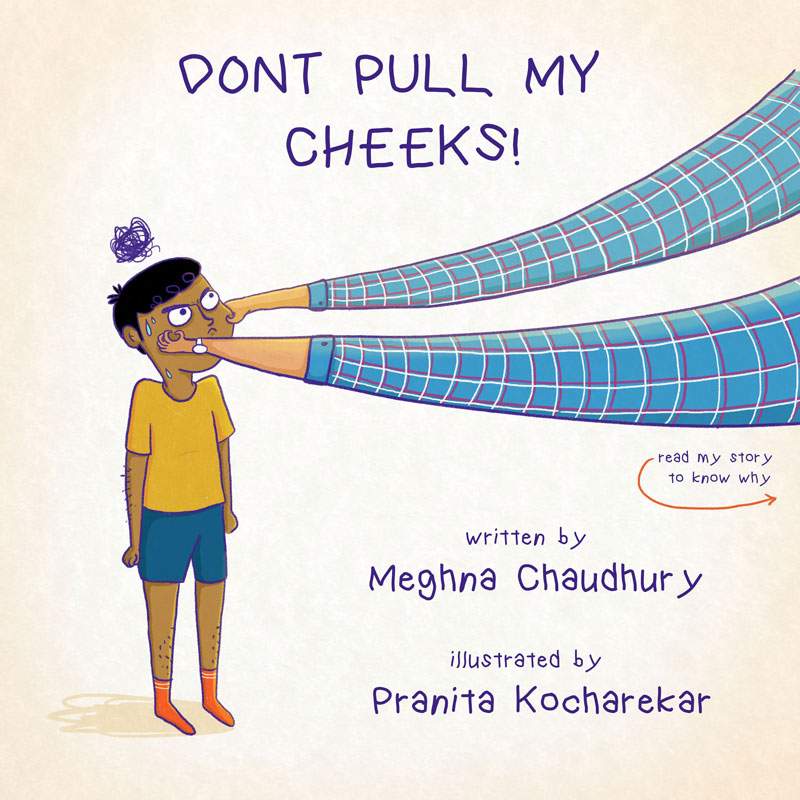 "It's all about consent," says Kocharekar, right at the beginning of our conversation, talking about how we tend to look at cute kids and go "coochie coochie coo" and pull their cheeks, not pausing to gauge whether the child is comfortable. Well, Bibloo, the protagonist of this book, is certainly not comfortable and he makes it known. This book breaks two important stereotypes — that only kids with chubby cheeks are subjected to this excessive amount of affection and that it is only aunties who indulge in the act of cheek-pulling. "Kids need to be opinionated and express themselves when they are not comfortable with something," says the 26-year-old who is a freelance illustrator. Further, the font used is a warm curvy typecase that helps children warm up to the subject. 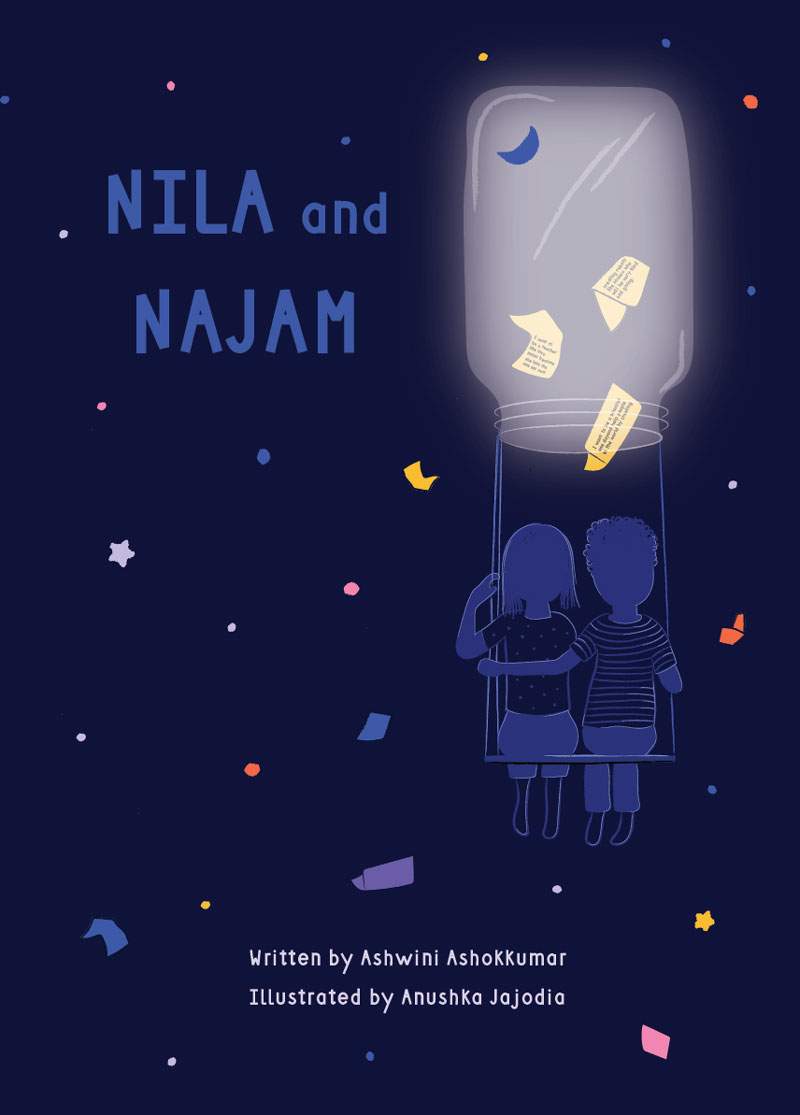 Nila is a girl who wants to build a robot and Najam is a boy who wants to be a teacher, and Nila and Najam is the story of their dreams. Anushka feels that there is nothing stereotypical about the twins, from the fact that Nila has a scar on her face to their gender-neutral dreams. "It was amazing to work on this book where an individual decides their path based on their passion not on their gender," shares the 24-year-old freelance graphic designer. She is particularly inspired by Najam and his humility. "It's nice to see how, as kids, we always have such intrinsic, intuitive dreams and thoughts, which eventually get filtered as we grow into adults due to societal norms and peripheries," she concludes.

Varsha Varghese, writer, The Curious Case of Mohit and Rumi the Rabbit It is often thought that only young girls have body image issues and struggle to accept their bodies. That's why Varghese decided that her central character, Mohit, in the book The Curious Case of Mohit and Rumi the Rabbit will be an obese kid with curly hair who is being bullied. This book has a touch of Alice in Wonderland as there is a magical character who Mohit befriends. Varghese wanted the book to spark important questions in the minds of parents and wanted them to, "start conversations with their children to find out if their child is a bully or is being bullied," says the 25-year-old, who is currently pursuing a Master's in Development Studies in Geneva.