He walked the Silk Route and what he experienced is distilled into his book, Seyyah, in which he talks about borders, beards and bonds

When Gautham Reddy Nallavari was 29 years old, he had a well-paying job in France and was living in a fully-furnished house. But one day, it just did not add up for him anymore. He decided to sell everything, borrow shoes and a backpack, and tread the old Silk Route, on foot. But where did this suddenly come from? Was it FOMO (that's 'fear of missing out' for the internet lingo virgins)? Wanderlust, perhaps? #Travelgoals? Reddy, who is now 34 years old, laughs and that’s when we remind our millennial self that five years ago, when he was 29, the world was a different place. Even more so 14 years ago, when Reddy was 20 and already knew everything there was to know about the Silk Route. 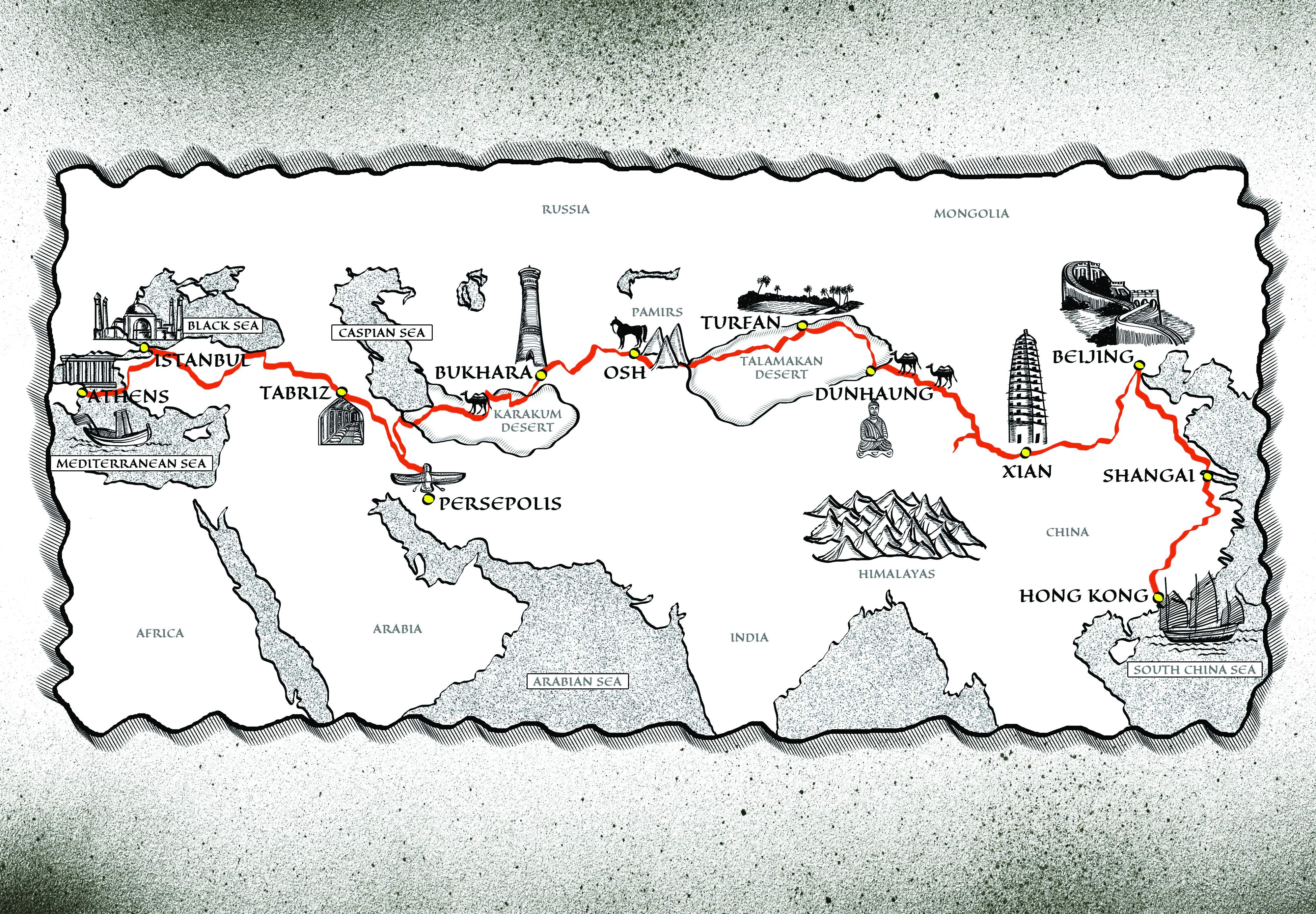 "Since the non-Google days, my father and I have been extremely interested in history," says Reddy, who used to call Hyderabad his home until the age of 23. The lucrative opportunities abroad beckoned him and he went to the US and then finally settled in France. "It is only in India that the concept of 'taking time off to travel' is considered taboo. Abroad, almost everyone is a seasoned traveller," Reddy exclaims, speaking about the ways of the European, which eventually got to him too. He decided to embark on a 20,000 km journey which spans eight countries on foot.

Homebound: Reddy visits Hyderabad once every six months and doesn't leave without having Irani chai

The gift that keeps on giving

On his 29th birthday, Reddy gave himself the gift of travel. He had two objectives — a historical rediscovery and an assessment of their present-day, socio-economic state, not just as cities but as countries too. "Did you know that Uzbekistan was once the centre of the Silk Route? Nowadays, we hardly hear that name," he says, explaining that when the component of trade or something more important vanishes, countries changes and "from mighty empires they become closed societies," he says. And this kind of nuanced understanding can’t be achieved by flying over these areas like a tourist, but by travelling within them like someone who belonged. 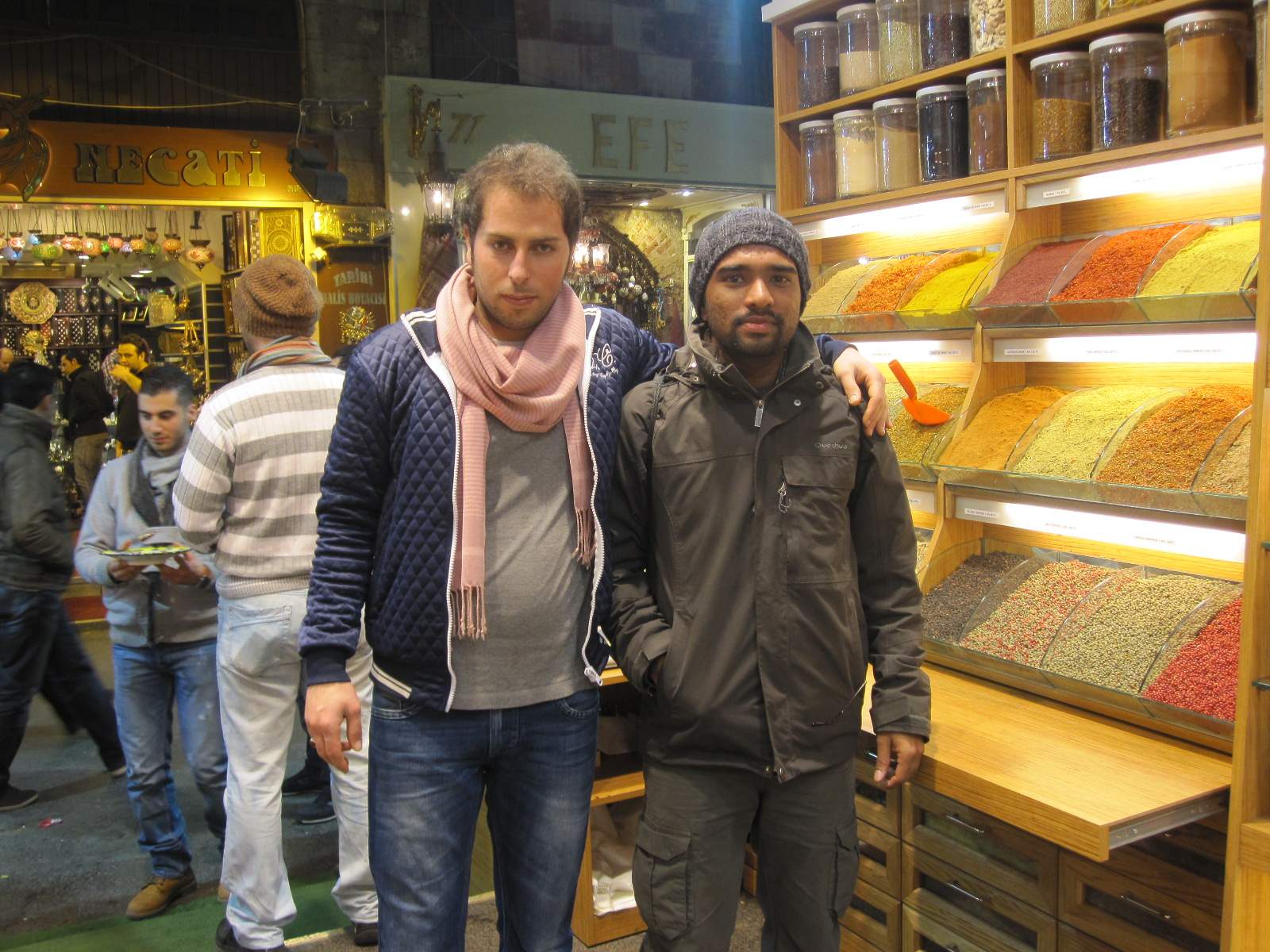 In talks: Reddy with a spice trader in Istanbul, whom he had a chance to have discussions

Thanks to his pre-journey preparation and a backpack laden with travel and language books, Reddy was easily welcomed by the locals. "Even before I could start my journey, I learnt keywords of several languages and connected with locals on Facebook," reveals Reddy, and it was this effort to understand their culture that helped the locals open up to him. In Iran, for example, when he used to ask people for directions, they used to invite him over for a cuppa and eventually, refused to let him stay in a hotel, while they had an extra bed for him to crash on. "I was like, ‘Whattttttt!!’," says Reddy, channelling his younger self.

In rural China, which Reddy had his reservations about, people, both old women and children alike, would touch his beard and overgrown hair (thanks to the travel, his look was quite 'unkempt') out of pure innocence and without any inhibitions, and also perhaps a fascination for beards. "All this without so much as a hello," he quips, confessing that if nothing else, the journey put back in him the faith of humanity. "You just need to be open-minded. Even if anyone goes with a bias, they are sure to come back a changed person," he tells us.

I am not a writer, I never intended to write. I undertook the journey solely for the sake of experience

Foot in the door

But travelling by land, despite his being prepared with as many as ten alternate routes, was a task. He had to cross forests, icecaps and deserts, but his trick was to depend on the locals much more than anything else. "How the locals understand the variables of the terrain is much different than anyone else," he offers. For example, some borders between Uzbekistan and Kyrgyzstan have landmines and are heavily protected by the military. "Permissions and approvals from the Ministry of Foreign Affairs were involved," he says, in exasperation. "Forget that, Turkmenistan doesn't even allow anyone. At all!" he exclaims, adding, "Uffff, that one was difficult."

Ultimately, he found a loophole with the help of government-sponsored organisations and received an acceptance letter as a part of a Chilean archaeological group, "which of course was not true," he laughs. But when the moment of truth came, no one from the 'group' turned up. "That was something," he recollects and lets out a sigh. But what if that didn’t work? "I had four alternate plans," he says, cooly. 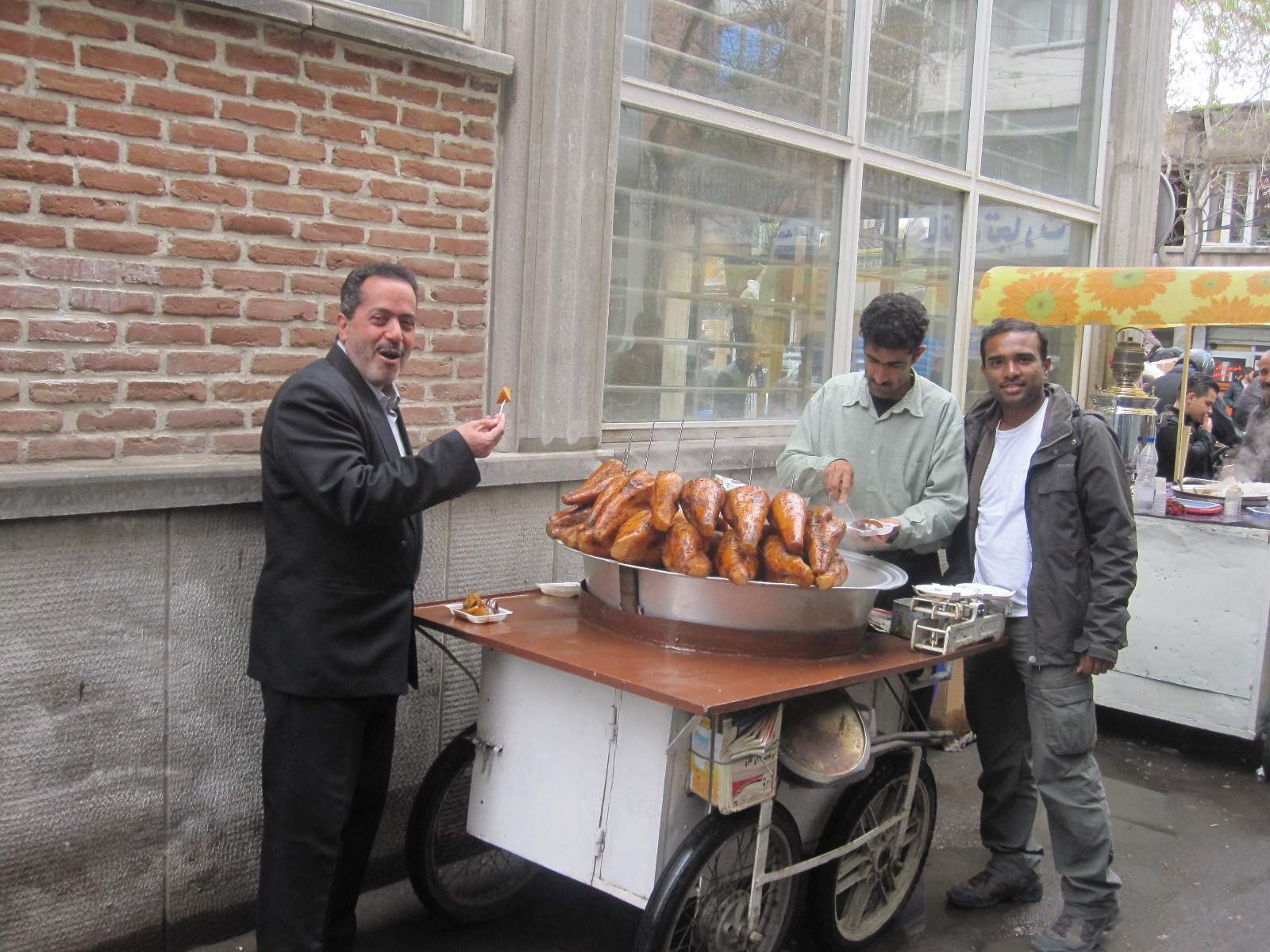 On a cart: Reddy snacking at the Silk Bazaar in Tabriz

Talking about the two most interesting people he met during his journey, he mentions a 26-year-old, who was married three times already. The man told him that his first wife ran away after a week, the second went mad after having a child and he is currently in his third marriage and a proud owner of a PlayStation store. "And the way he explained it redefined normalcy for me. By the end of it, I was like 'Thanks, man, for telling me'," he laughs.

Clearly, he must be a different person now, we conclude and he agrees. "I read somewhere that when you experience something profound, the way your neurons are connected changes. I would like to believe it is true," he says, profoundly, "I no longer see the world as one, I see it as a mixture of ideas. I understand how diversity and differences are actually important.”

To do list: Finalising the logistics of the journey were much more cumbersome for Reddy than the journey itself, he says

After he completed his journey in 2012, it was only in 2013 that he started writing his book, Seyyah, upon encouragement from several people. "Everyone told me how it would be some sort of an account of 2012 by an Indian," he recalls. So, he sat down to write in 2013 and 2014, travelled some more in 2015, edited it in 2016 and spent a few more months polishing it, "and today, the book is ready." Seyyah is Turkish, a language that he speaks fluently now, for ‘a traveller who travels to seek knowledge’. 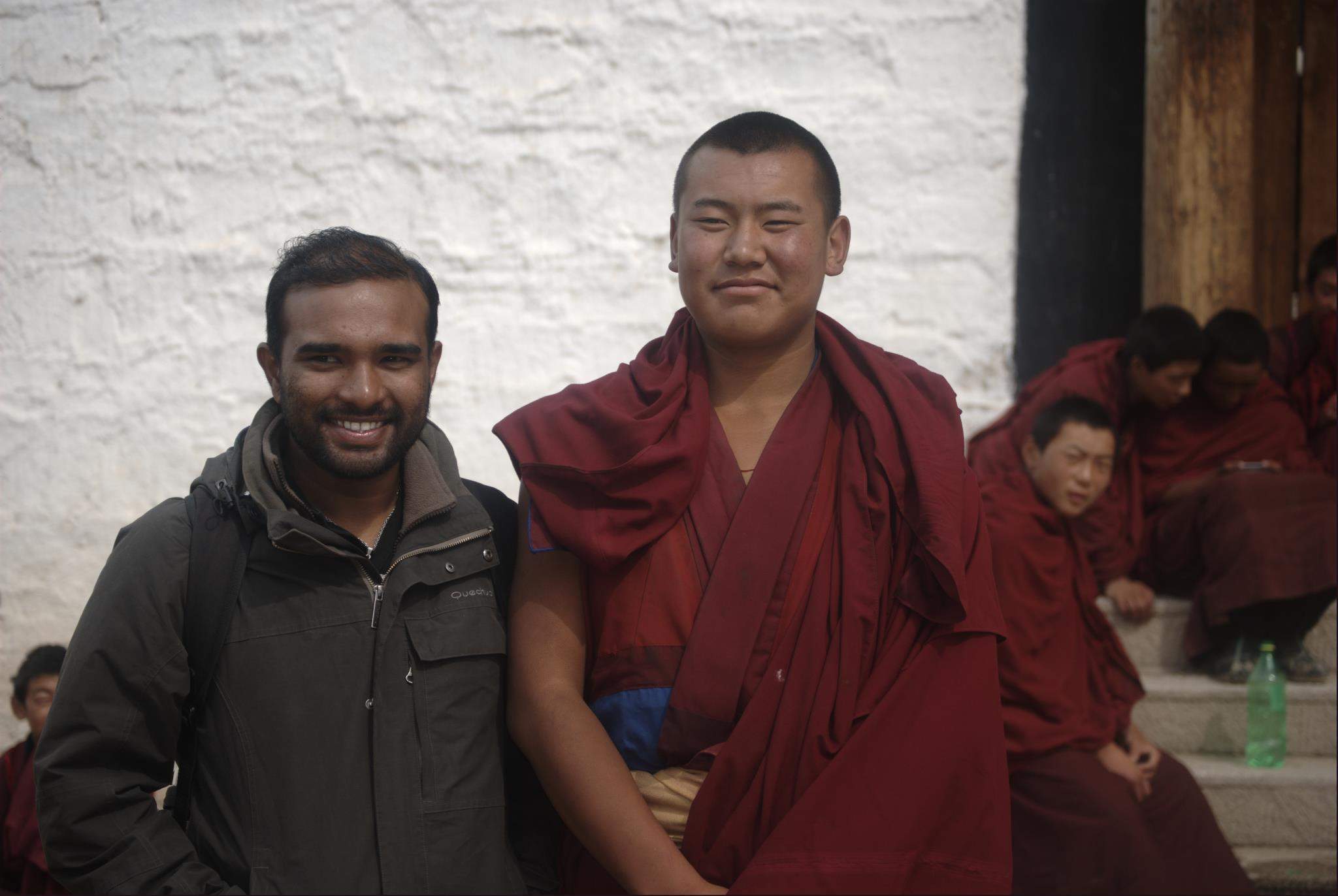 Crossing borders is so strange, one step and you are in another country which has its own rules, culture and language

Just as we are about to bid adieu, Reddy gets our attention. "Umm… You asked me about two interesting people I met during the journey," he reminds us. Oh, yes! We apologise for getting sidetracked and settle down to listen to another interesting tale. "I met a girl in Turkey while travelling through Istanbul and five years later, I married that girl," he says, which evokes a long, drawn-out, "Awwww," from us.

So, is that why he's settled in Istanbul now? "Settled? It's a fluid concept for me now," says the man who works as a consultant. "This is just a station for me. I still travel half the year, prepare for the travel for a quarter of the year and work for the quarter that is left," he says. And we have nothing else to say, or ask, after that.

Green business: The amount Reddy spent per month while travelling was $1000

More glimpses from the journey

The countries Reddy travelled through during his journey were Greece, Turkey, Iran, Turkmenistan, Uzbekistan, Kyrgyzstan, China and Hong Kong. Some pictures he took during this journey: 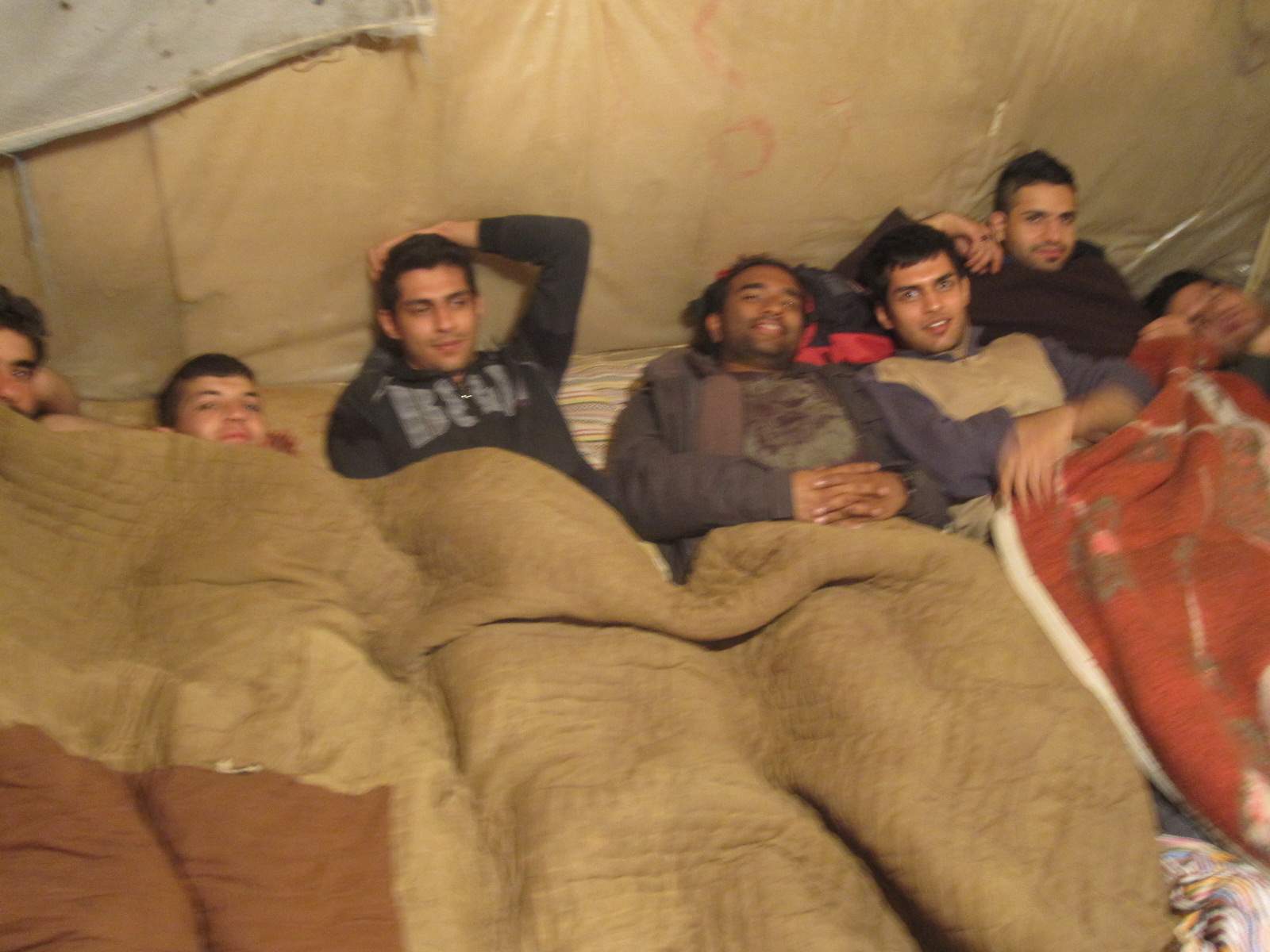 Hunting season: Reddy taking a nap with the locals of rural Iran after a rabbit hunting session Family photo: That time when Reddy was randomly invited for lunch by a hospitable Uzbek family 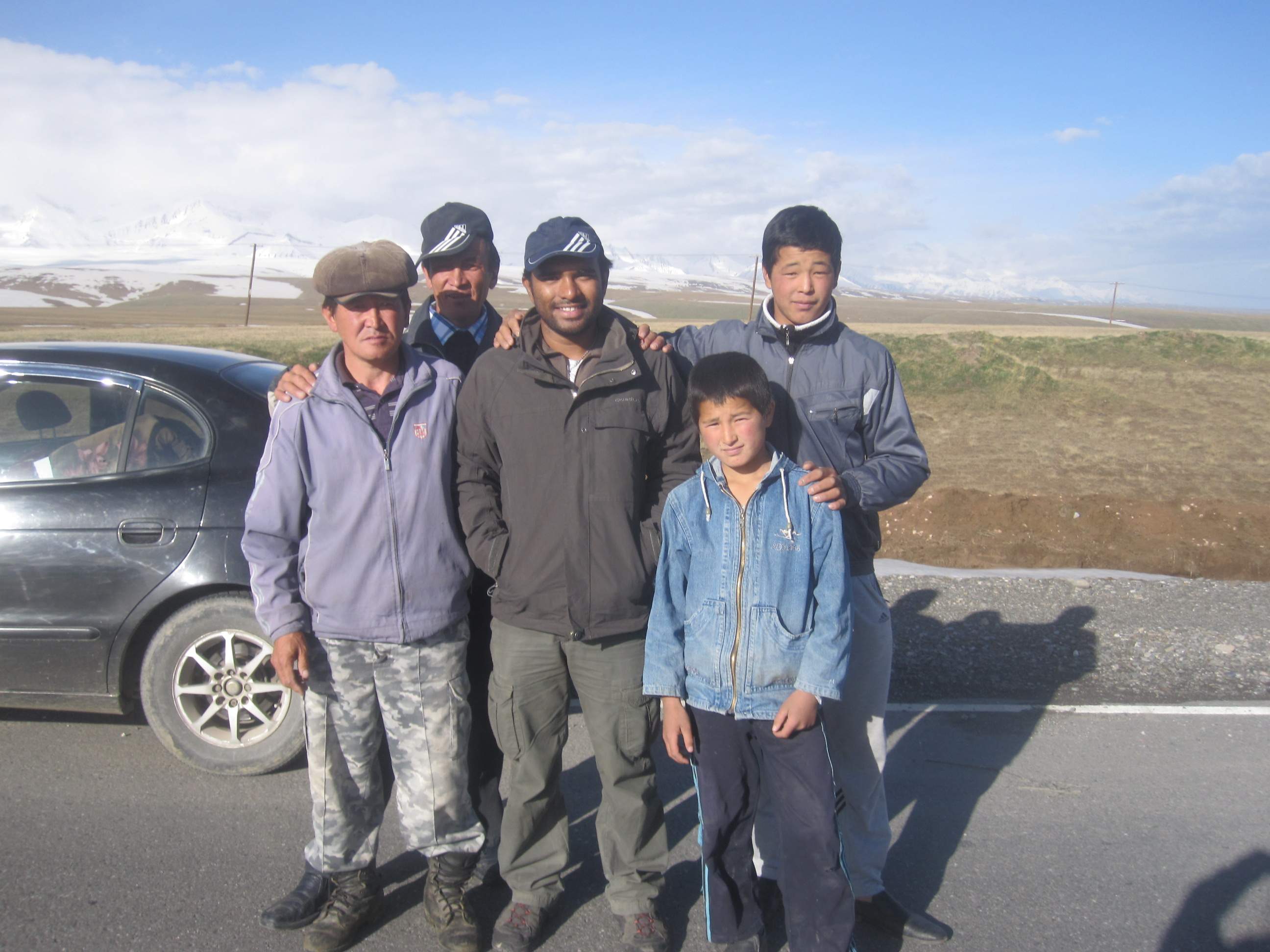 Lift please: The hitchhike at 4,000 metres pass in Irkestam Chilling out: Reddy monkeying around at a Sheesha place in Tabriz

To know more about Reddy's journey purchase the book at amazon.com/gp/aw/d/B0773JWKGP/ref=dbs_a_w_dp_b0773jwkgp