Here's how Satyam Jha has put down organic roots on Instagram

If you look at Satyam Jha's Instagram page, you won't be able to stop looking at the agro facts and pictures of lush green crops he posts from the fields of India. The Bihar-based 'Organic Horticulturalist' is determined to make farming cool among our youth again.

But that's not all. As he considers himself as a climate change activist, Satyam does all he can to reverse the impact of climate change and global warming. Originally from Darbhanga, Satyam believes in growing his own food and that's what his Instagram page is filled with.

Excerpts from a chat with him about all things organic farming:

When did your journey with organic horticulture begin and how did it happen?
Soon after I finished my BTech in Agriculture from ICRS in 2015, I realised that I was not taught anything about organic farming or agriculture. The course included more general agriculture cultivation across India and the machinery that one can use for cultivation. But I was always fascinated to cultivate crops using simple methods that didn't need machines or chemicals. Therefore, I also joined a training programme at the Indian Institute of Soil and Water Conservation in Kota. Meanwhile, I found that many youngsters like me were facing the issue of premature grey hair. That's when I realised that the toxic food or hybrid food might be one of the reasons for it. Immediately, I felt that it is time to create awareness among people to grow their own food.

To get the necessary experience and learn about organic farming, I started working at an organisation called Edible Routes based in Delhi. I learnt the skills needed for organic farming and conducted workshops, seminars for people across all age groups. In the past three years, I have worked with several organisations in Delhi that preach and practice organic farming. I observed that though people had enough space in their backyard, front yard and terrace, they did not grow any vegetables or plants. It was important for me to spread this message of growing their own at least in a minimum quantity so that they eat fresh and chemical-free food. 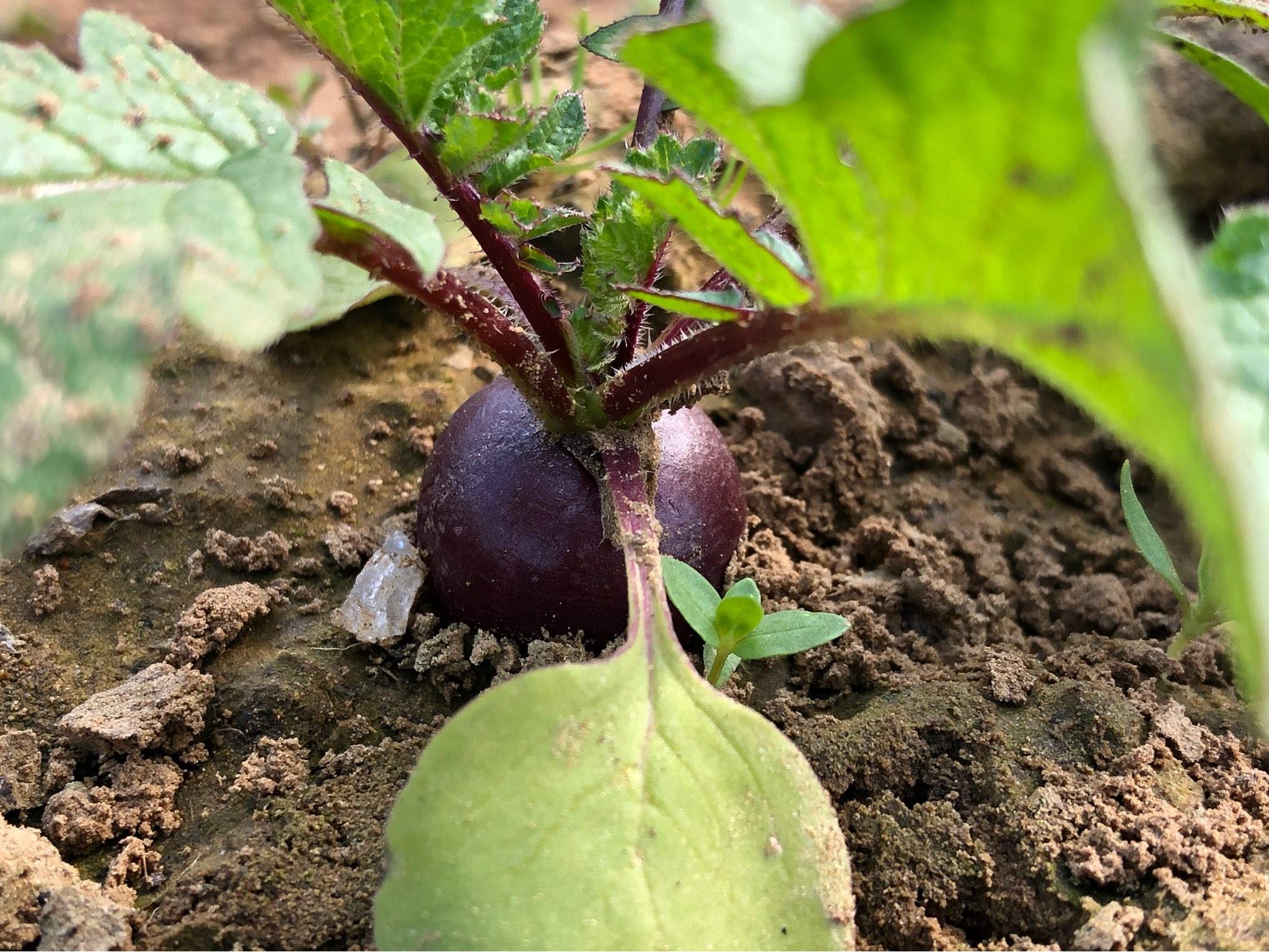 Eat healthy be heatlhy is what Satyam believes in | Picture Credit: Satyam Jha

Did you conduct organic farming for kids as well?
Yes, my workshops were conducted separately for kids and they loved it. When we educate kids about the importance of growing their own food and the methods used to grow them, then five or ten years from now, we won't need not educate any adults. I conducted these workshops in different cities including Delhi, Bihar, Kolkata and Kota in Rajasthan. We taught them how to grow microgreens, growing their own salad bowl, making their compost and soil.

How did the idea of the Instagram page come to be?
I created a personal account on Instagram called iamsatyamjha in 2017 to post my personal photographs and information. Soon, I released that this platform was one of the best ways to convey the message of organic horticulture to thousands of people. Once you start posting pictures and information on a particular subject, then a lot of people will follow you or whatever you say. Currently, I am posting information, pictures and methods of growing native plants of India along with their benefits. Aside from this, I also tell people through my posts about how to get rid of pests using natural pest controllers instead of chemical ones. For instance, you can use neem oil spray, garlic chilli spray and sometimes, you can use deodorant as it has alcohol in it to kill these pests. 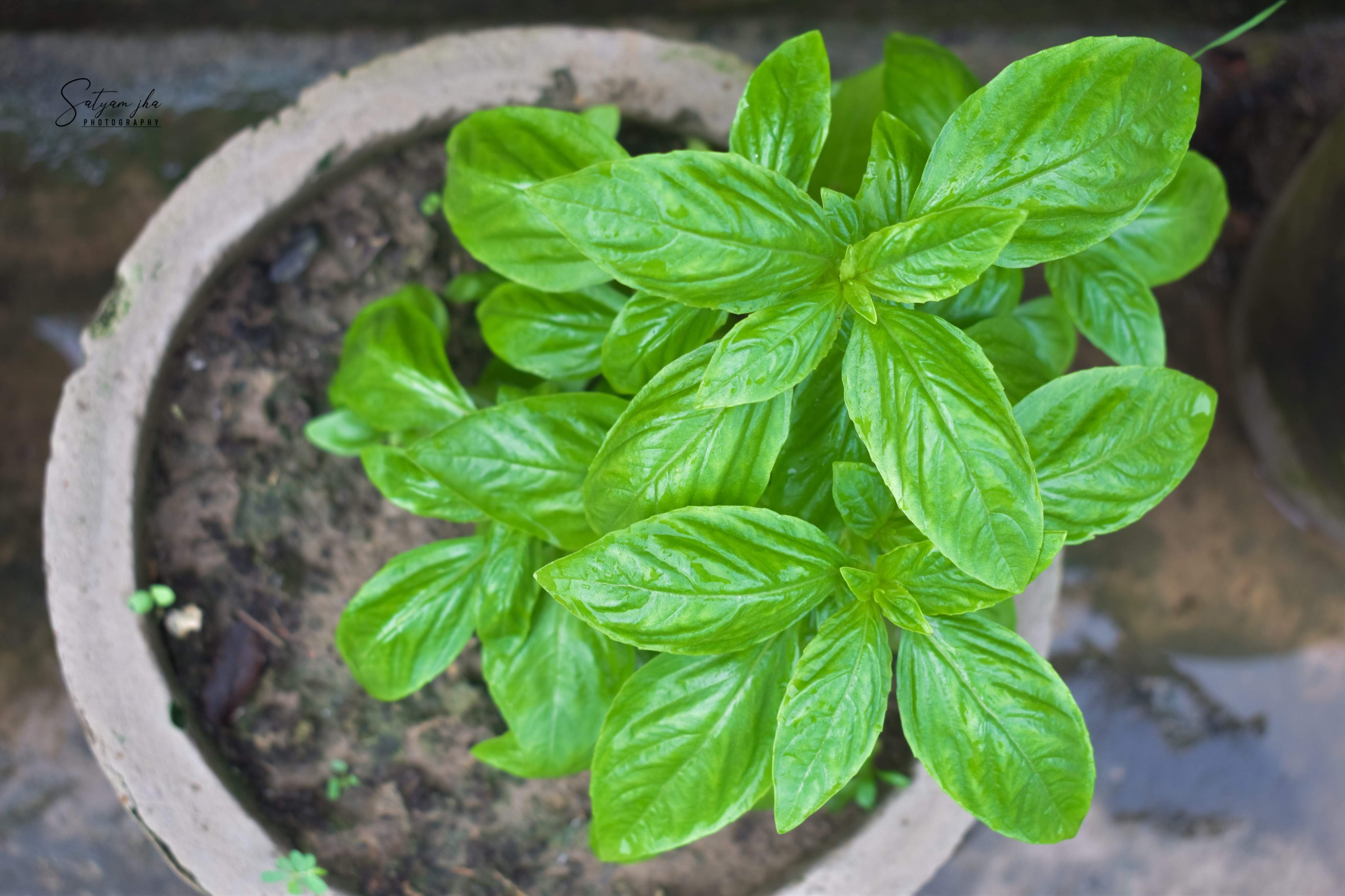 Basil is one of the important culinary herbs in India | Picture Credit: Satyam Jha

Do you make it a point to post the original picture that you click while growing plants?
Most of the pictures that I have posted are of the experiments that I did growing different crops. My friend and I have initiated a project in a small farm in Gurgaon where we have grown a lot of vegetables and fruits using organic methods. But sometimes. when I know the information and don't have a photo of a plant, then I take them off the internet.

What kind of plants lhave you grown so far using your own methods of organic horticulture?
I have grown every vegetable that I have seen including the bottle gourd, ridge gourd, cauliflower, cabbage, brinjal, tomato that we Indians use in our kitchen on a daily basis. I have also grown some exotic vegetables like Italian basil, broccoli, Chinese cabbage, red cabbage, lettuce and so on. 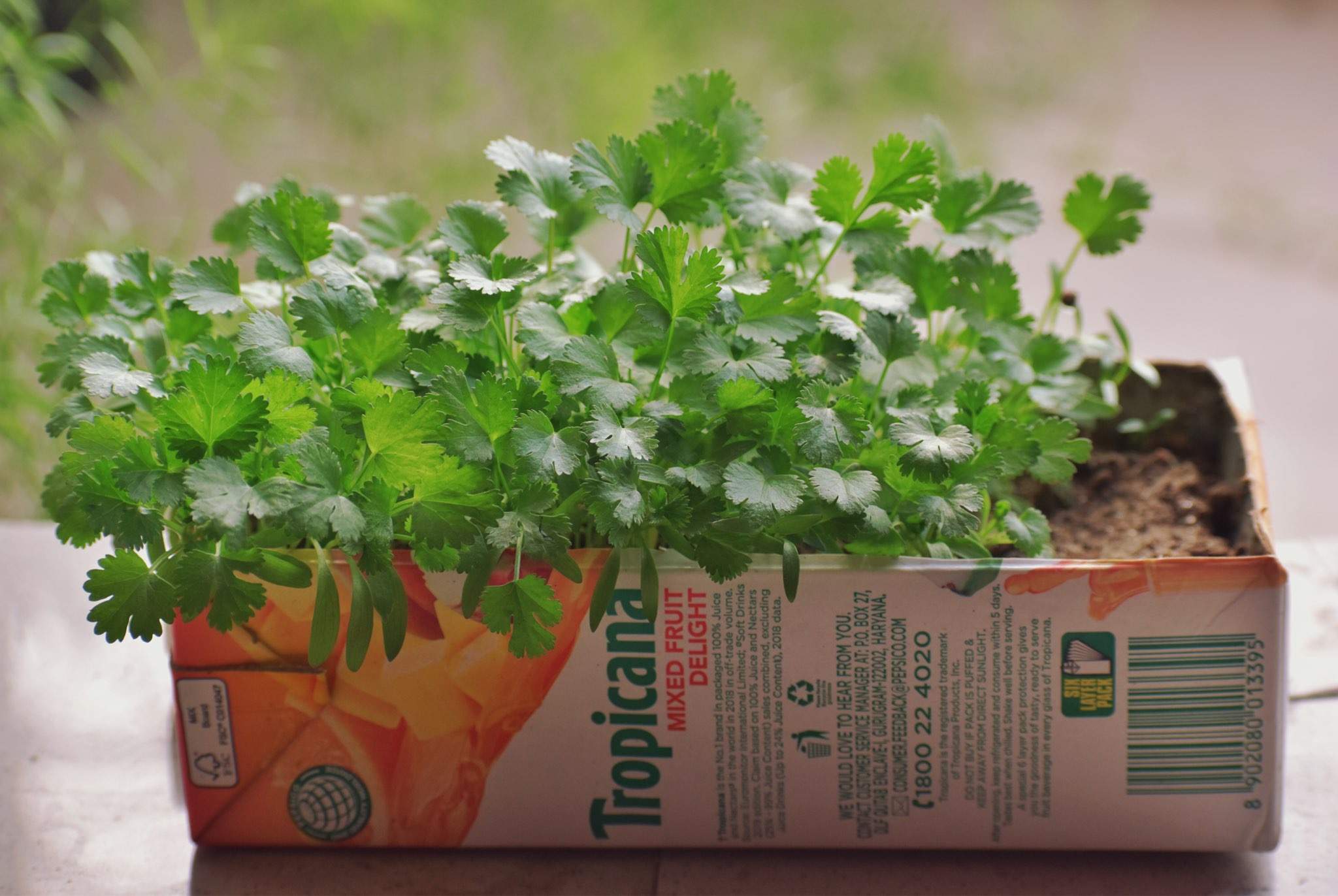 Coriander goes in every food item cooked in the kitchen

What do you think about agriculture institutions' role in educating people and farmers about these methods?
I agree with the point that agriculture universities or institutions have a greater role in bringing changes in people's food habits and cultivation of crops apart from doing research. Around 90  per cent of the farmers grow crops using pesticides and a huge amount of chemicals. When I was pursuing my degree, I was never taught about the horticulture, agronomy, plant pathology etc. All these topics and concepts are self-learnt and I took more than a year to study them. I still learn from my mistakes on the field. 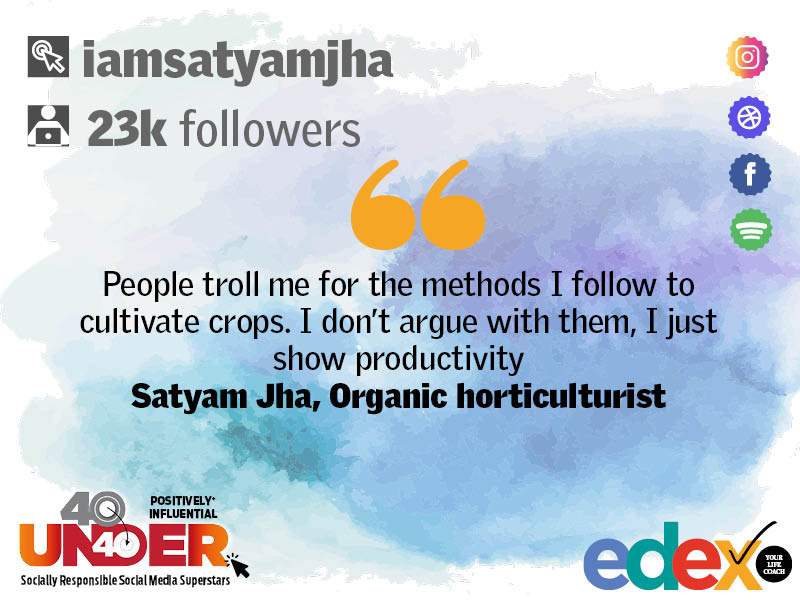 When did you start your organisation, Sprouted Jungle and what is the idea behind it?
I started Sprouted Jungle in February 2020 and the idea behind starting this organisation was to help people set up air-purifying plants in sustainable planters. In 2018, I observed that people were giving more emphasis on ban of plastic materials. However, a lot of people used plastic pots to grow their plants. Once it is broken, the pot is thrown out which ends up in landfills leading to pollution.

Do you plan to work with schools and teach kids whatever you have been practising?
Yes, I would like to start working with government schools as soon as they open. A lot of government school children don't have the privilege of learning organic agriculture or seeing the plants growing. Hence, I will approach the schools and conduct classes for free. When we work with the private schools, we plan to charge a nominal fee to conduct these workshops.