Eyeing that beautiful Gudapalli silk sari? This 29-year-old's platform sources it directly from the weavers in AP

Impact Scientist is committed to using the different tools of social media — blogging, IGTV and more — to empower women weavers in this AP village to ensure that they get their due. Check it out

It's been under two months since husband and wife duo Sahithi Divi and Suren Thiparthi moved to Malikipuram, a small town based in East Godavari, Andhra Pradesh. Yet, for the women of this little town, the 29-year-old woman is their daughter. When she visits their home, they don't let her go without eating or without blessing her abundantly. But it took Eluru-born Sahithi some time to build this kind of relationship. The relationship we are talking about comprises eight weaver families and five tailors. The Gudapalli silk saris they produce are being sold online through the power of social media and under the brand name Impact Scientist, which Sahithi founded in August last year.

Even back when Sahithi was pursuing her Bachelor's in Pharmacy from St Ann's College of Pharmacy, Chirala, she used to bunk college to visit the cottage and small-scale industries nearby. She would then go on to do stories for a Telugu news channel and help conduct a few medical camps, which won her a state-level leadership award from the same media house. Then, after working under her father for a year, destiny took her to San Francisco where she pursued her Master's in Social Entrepreneurship from Hult International Business School. "I was craving to find my own identity and thought I would be in a better position to do it if I am academically equipped. I met people from different nationalities and had a wonderful time. But right after graduation, I ran back to India," shares Sahithi. After working for a gender equality project in Sri Lanka and a year with Chezuba, a platform that offers impact opportunities in the social space, she quit. 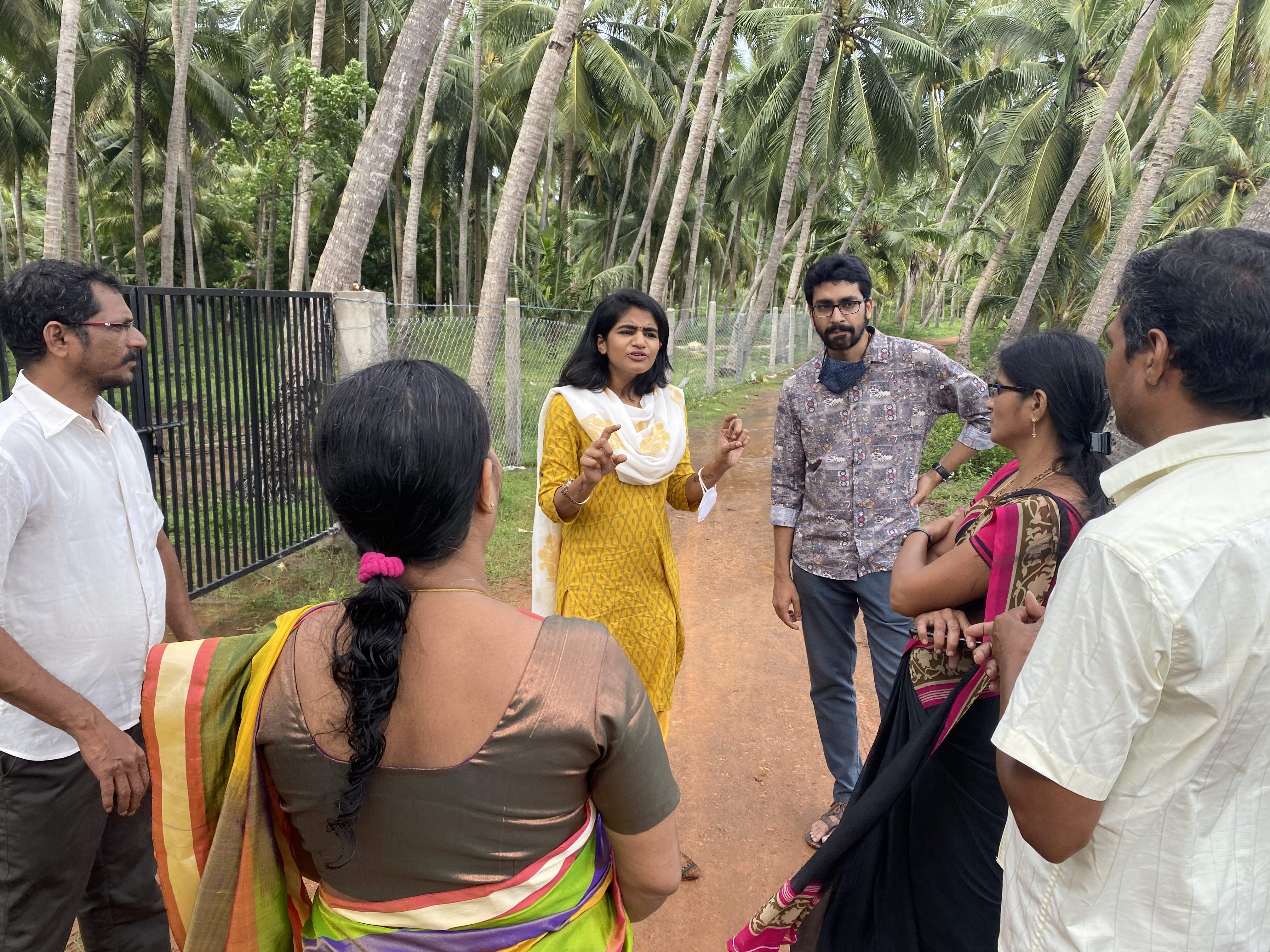 With just a laptop and Rs 5,000, Sahithi, who was based out of Hyderabad back then, took to social media with gusto. She started blogging about the topic she is most passionate about, gender equality. But very soon, she realised that writing was not enough, she had to act on it too. "Especially when I read a report by the McKinsey Global Institute that stated that India can add up to $770 billion to its GDP simply by providing women with equal opportunities, I knew I had to do something," she says. She moved closer to home, Rajahmundry, and started observing and writing about the whole supply chain behind industries like brick, cashew, mango jelly and more. When she visited Mori, AP's first smart village, she was informed that there was no doctor in the area. At that moment, Sahithi and her husband Suren, an orthopaedician and the co-founder of Impact Scientist, knew what they wanted to do — they moved to Mori, a village just one kilometre away from Malikipuram, without a second thought. This is where the mission and vision of Impact Scientist were further redefined, which was to serve as a rural innovation platform that helps empower the women of the villages.

"Moving here was the best decision because there are many people who visit the village, talk to the women and leave. But when I moved here and the women saw that I was here to stay, their trust in me just grew," explains Sahithi. She partnered with weavers there, thus cutting out the middlemen, and supplied the fabric directly to the tailors. And yet, it was the power of social media that she relied on to make sales happen. They even received a tech grant from Kratos Innovation Labs, an IoT and Blockchain company based out of Singapore, which went on to only strengthen their technology and social media game (check out Impact Scientist's IGTV to know what we are talking about!). Not only does she ensure their followers meet the weavers, but talking about innovation and sustainability with people around the world, thanks to her Master's from Hult, has become the norm. She also continues to blog and calls them Impact Hour Articles. It is because of this that they sold 50 Gudapalli silk saris in 10-15 days. They even started an adorable unisex infant handloom kit. You have to check it out! 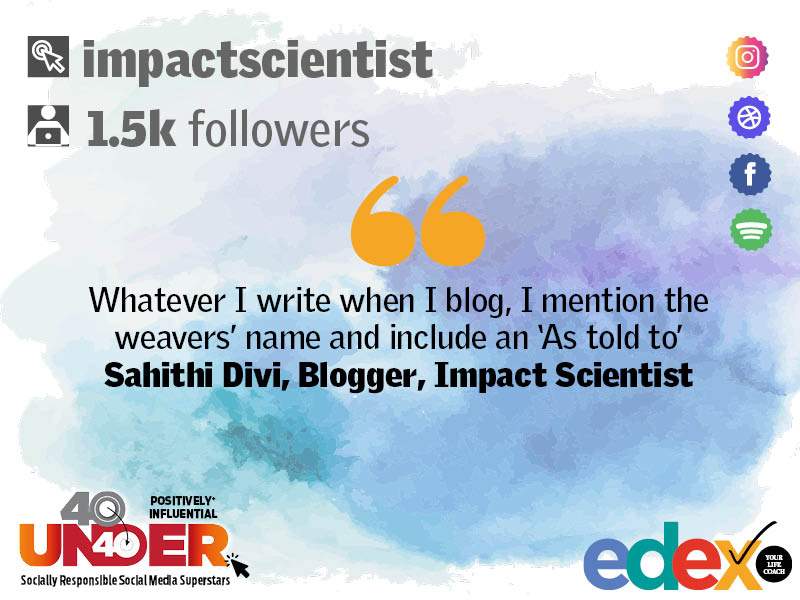 In fact, the very first batch of orders for Impact Scientist was given on credit to Sahithi by none other than the weavers. "They asked me to sell whatever I can and assured me that they will sell the rest through middlemen," informs the youngster. Women are assured a mighty share in the profits when they sell via Impact Scientist. Sahithi is toying with the idea of starting a ten-day workshop, where people from all over the world will be invited to the village to learn about the complete supply chain of cotton, rural innovation and more. More than anything else, they will get to interact with the women, whose hands might be calloused but their tender hearts still gladly welcome you into their world.