The Pink List India's Insta page has been listing queer-friendly politicians since the 2019 LS elections. Check it out

Though scrapping Section 377 decriminalised homosexuality, certain sections of society and the government still look down upon members of the LGBTQIA+ community. India has a long way to go before acknowledging queer rights in mainstream politics. However, it's youngsters like Anish Gawande and Smriti Deora from Mumbai who are doing their bit to create a space for voices in the political sphere from the queer community. Through Pink List India, a platform set up to address several issues of the community, the duo has been giving people a transparent window to understand and track politicians who made promises or statements during the 2019 Lok Sabha elections supporting queer rights.

The platform was set up in April 2019 right before the Lok Sabha elections. "Smriti and I were both working on an election campaign in Mumbai and I had just travelled to parts of Maharashtra as an election consult for the Congress' Jan Sangharsh Yatra campaign. It is quite a personal project that stemmed from the fact that I didn't have something like the Pink List when I was growing up or was in the closet. I never thought it would be possible to be out and proud and be working on a campaign trail, to have political parties and politicians support LGBTQIA+ rights. And not just urban, elite, upper-class politicians but also those who came from rural constituencies as well. Pink List India was born from the want to create a conversation around queerness in politics, demand equality from our elected representatives and to make a larger social platform for equal rights. Smriti came on board as the creative genius, conceptualised it, and advised me that Instagram is a good place to explore. A lot of people are also coming out on Instagram. That's how it all began," says Anish. 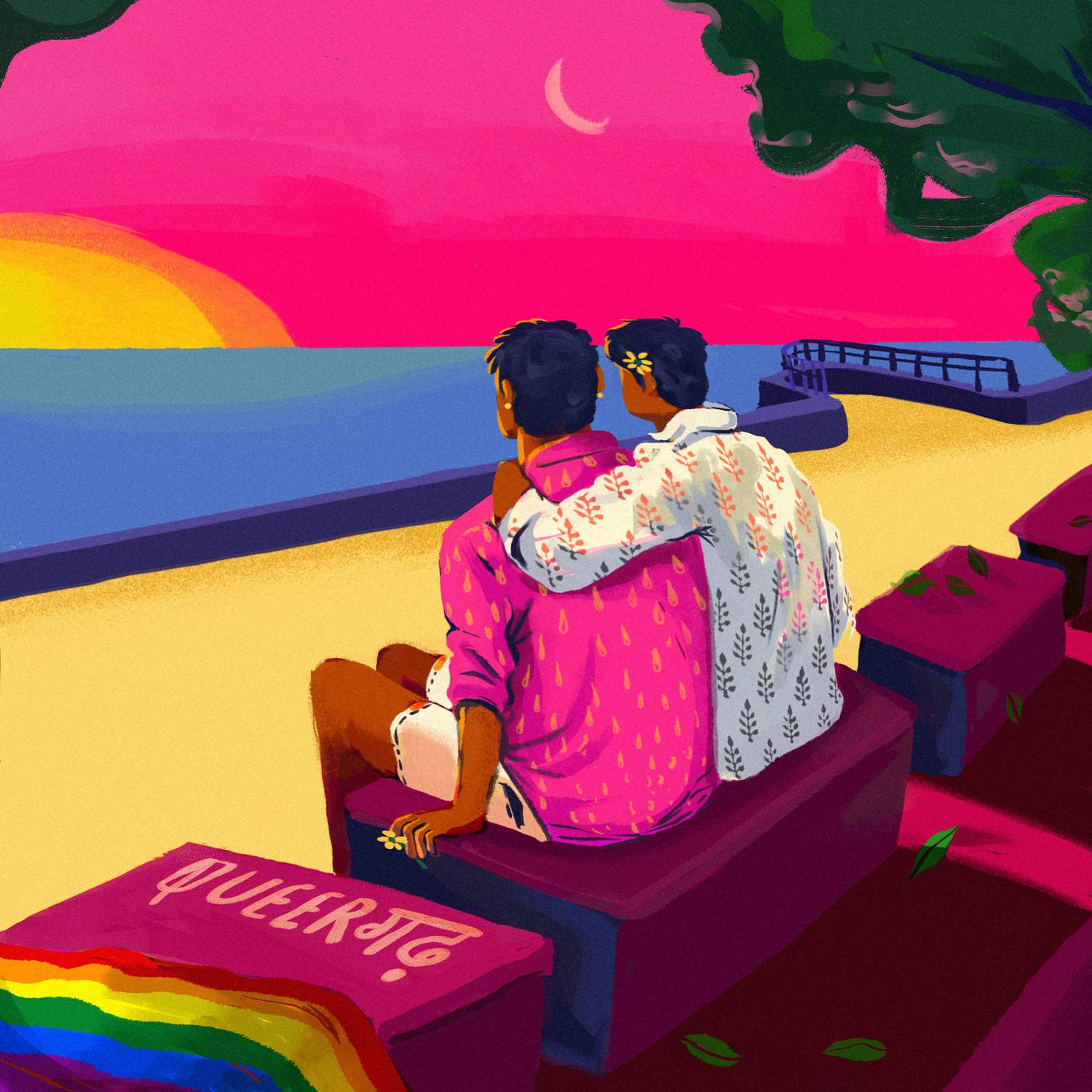 Anyone to 'Queergarh'? | Illustration: Harmeet Rahal

Through Pink List India, Smriti and Anish have brought together a team of more than ten volunteers for extensive research and eventually, to help people understand that their voices matter too. As a citizen of the country, each one is entitled to know the stance of an MP on LGBTQIA+ issues. There are four categories on the list into which politicians have been grouped – Trailblazers, Changemakers, Outspoken Allies and Allies. The team has also built a portal called the State of the QUnion, which is a report and an interactive map with details on every MP in each state of the country who has spoken on queer rights or related issues. 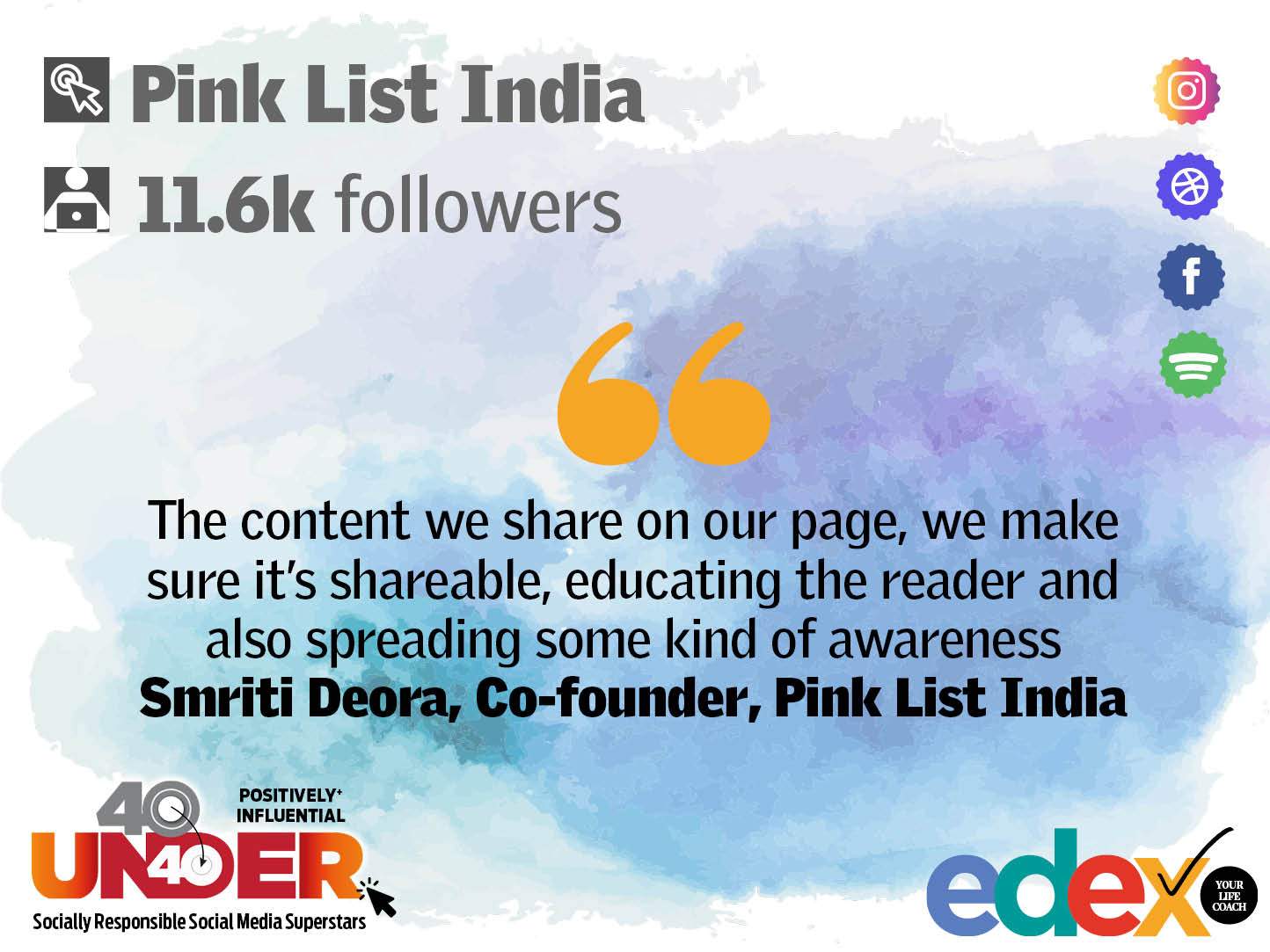 Smriti tells us that they had set up the Instagram page and the website simultaneously but they have gotten more traction on Instagram. "You could call it an archive of Lok Sabha candidates who had made statements on LGBTQIA+ rights or anything related to more inclusivity or that they would do something about it — be it good or bad. It basically documents everything spoken by these politicians in a public sphere such as an FB post, a tweet, an interview they have spoken in and so on. It is also a dynamic list where everything is getting updated, if anyone has given any new statement, it will automatically get updated. And we are also always emphasising that it's not an endorsement of any sort but an archive. We also have something called a report card with the summary of all their statements, whether they have spoken against/for LGBTQIA+ rights and if they have acted on it," she adds. Anish adds that the list was made with an aim to inform and empower people. "From there, we want people to make their own decisions. It reveals a lot of things, like some have made statements in support of our rights but after being elected have completely become silent," he says. 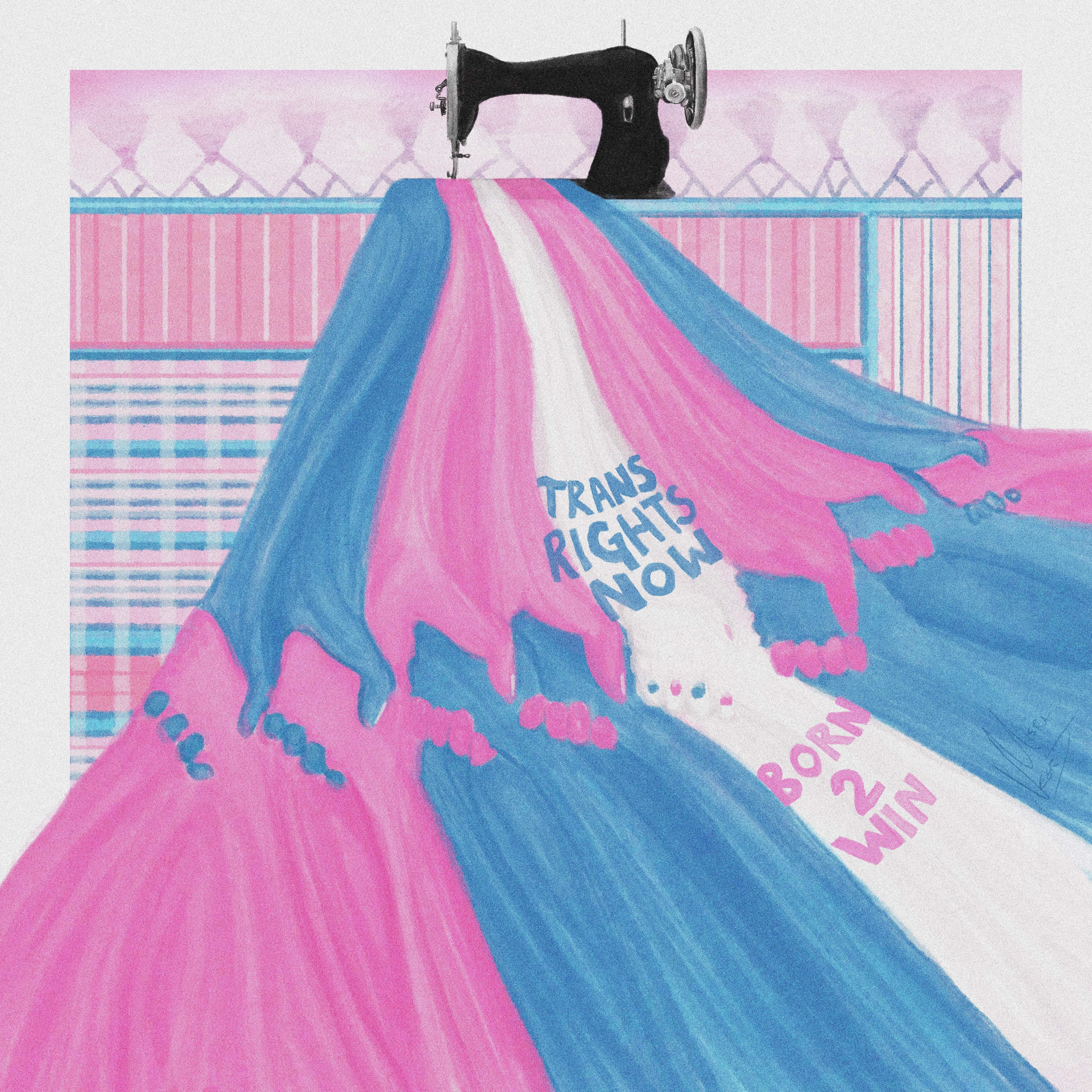 Speaking more about expanding the platform and how it will help in the future, the duo says, "There is a lot of work that needs to be done for more issue-based problems. One of the major challenges moving ahead will be advocacy against the TransAct to see that Trans rights are not crushed by any legislation passed by this government. The second thing is to work against conversion therapy, bring in awareness and some sort of legislation on conversion therapy. And finally, the creation of an anti-discrimination act that can ensure that the queer don't just have the right to be in a relationship or indulge in intercourse but have equal rights. Currently, any queer person can have their rights taken away at any point as there is no legislation to ensure they are safe against the rule of law."