Love them tuskers? Check out Sreedhar Vijayakrishnan's Instagram page to learn more about the majestic mammals

We speak to Sreedhar Vijayakrishnan, a researcher who has dedicated his academic life to understanding elephants and sharing the knowledge

Sreedhar Vijayakrishnan grew up watching the slow and graceful march of elephants when he was growing up in Kozhikode. All his favourite bedtime stories had the majestic creatures in them. Caught in a spell of sorts, he spent his childhood searching for more history and science about the mammal. But back in the day, there was little or no information to the advanced science that he was looking for. Since, he has dedicated his entire academic life to studying wild animals, specifically the elephant, and their behaviour. And now, he uses a simple Instagram page to share stories about elephants, what to expect from them, and most importantly, why we need to coexist with them.

In 2008, Sreedhar enrolled for his Bachelor's Degree in the Forest College and Research Institute of Tamil Nadu Agricultural University. Located in the thick of a reserve forest in the foothills of the Nilgiris, he remembers seeing at least one wild elephant every day. "Until then, I had only seen elephants in captivity. This was like a dream come true and I started making more observations about them and their behavioural responses." After going on to pursue his Master's in Wildlife Biology and Conservation at the National Centre for Biological Sciences in Bengaluru, he wrote his dissertation on 'Understanding Stress in Elephants'. 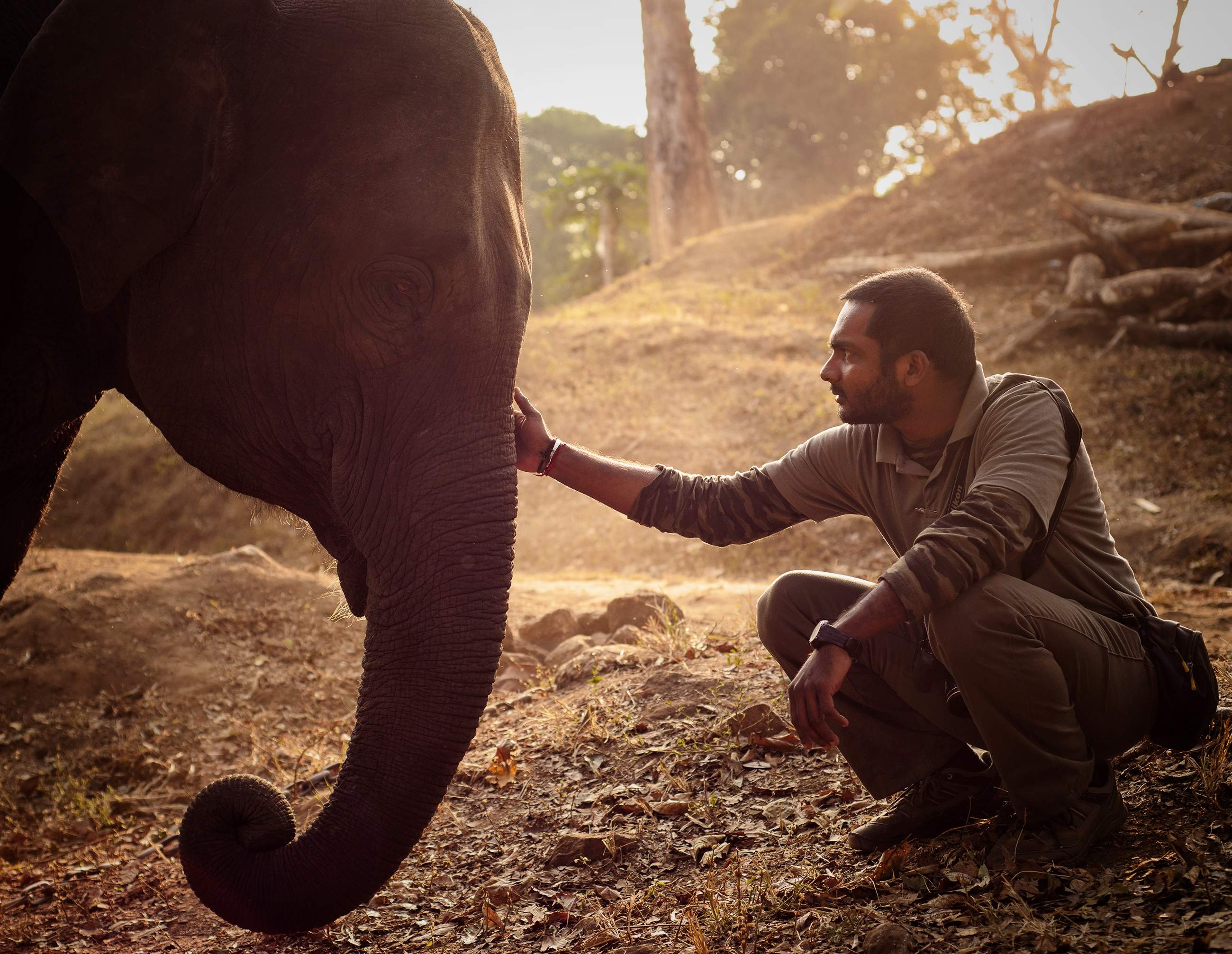 Sreedhar shares inputs on how to coexist with elephants | Courtesy: Sreedhar Vijayakrishnan

On the day that we spoke, the wildlife expert was 4 weeks away from completing his PhD from the National Institute of Advanced Studies in Bengaluru. He says, "I have spent almost a decade with wild elephants and there's something new to learn about them every day. Until 2017, I was not very familiar with Instagram. I used to share the pictures I took of elephants on a WhatsApp group with my friends. One of them asked me to start sharing them on social media. Initially, it started as a place where I shared images and told people what I saw. Over time, I realised that it might also be important for people to know certain aspects of what elephants are about. For example, if I'm sharing a particular instance of  elephant behaviour, I explain what context one could expect to see such behaviour exhibited. That's when I started explaining things in greater detail."

He continues, "Keeping aside all the stories and myths, I wanted to share the larger realisation that these five ton animals are actually living alongside us in most parts of the country. Considering the overlapping between humans and elephant habitats, the losses due to their actions are minimal. We need to understand exactly how adaptable these animals are, how well they actually respond to drastic changes in the environment and their own habitats. And in turn, I hope to cultivate some level of interest about elephant behaviour and ecology in people." 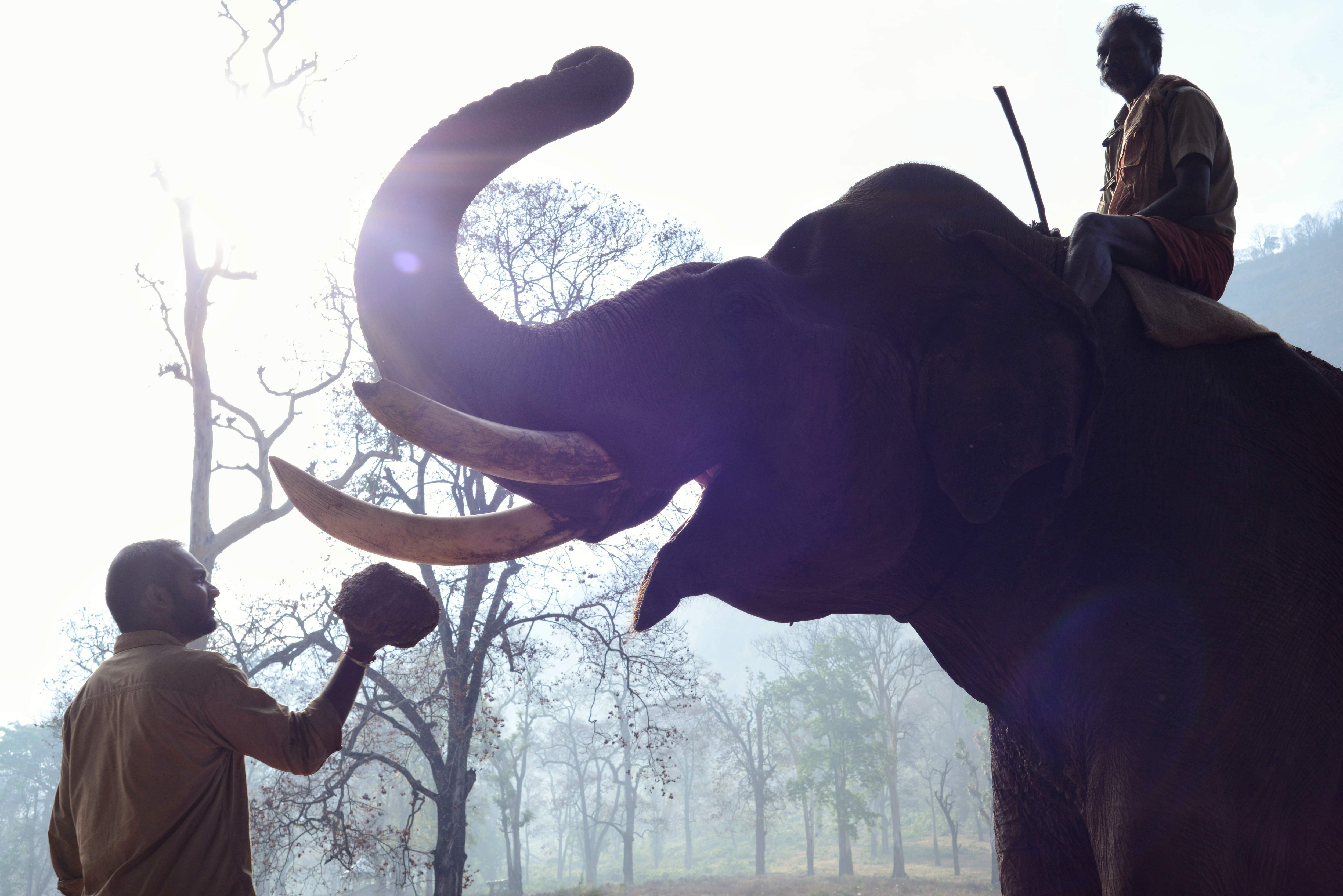 Sreedhar warns against a negative focus on the animal in the mainstream media | Courtesy: Sreedhar Vijayakrishnan

We are not strangers to headlines that read 'Elephant tramples people' or 'Wild elephant destroys crops'. In the wake of increasing conflict between elephants and people, Sreedhar blames mainstream media for disproportionately focusing on such instances of loss. For him, it is of extreme importance to share positive stories with people, that point towards the harmonious coexistance between the two species. He urges the public to stop approaching the issue as black and white instances where it is has to be people losing the battle or elephants losing the battle. His learning points to the fact that it is possible to live together with precautionary measures.

He concludes, "If not for a network of like-minded people, it would have been even more difficult to get updated information and creative discussions on scientific topics. That's something extremely important that has happened because of social media ― people who work in similar areas get together and discuss various aspects of elephant biology, behaviour, conservation and management. It's all at the tip of your fingers now."