Meet the women behind Daak Vaak, virtual postcards from the past that carry the timeless words of Indian writers

Daak Vaak was started by Onaiza Drabu and Prachi Jha as an attempt to give the world bite-sized literature, which they carefully curate to suit the attention span of today's readers. Let's read more

The thrill of posting a handwritten postcard and waiting for a reply back in the day helped nurture a certain love for literature and letter. Though it's hard to revive the culture of writing letters in the time of instant emails and messaging, the aesthetics of a postcard can still give one the 'feels'. Consider Daak Vaak as a beautiful handwritten postcard from the past that brings to you poems, couplets, pictures or even a few poignant lines from great minds whose thoughts helped shape the world and continue to make it go round. These postcard-esque posts will be delivered through your feed every day or even to your email on a weekly basis. It is carefully curated by Onaiza Drabu (30) and Prachi Jha (33) who devour books from across languages a mile a minute to present them to you in small and appetizing bites, the after-taste of which might leave you wanting more.

Both Onaiza and Prachi were a part of the Young India Fellowship in 2013 and found a kindred spirit in each other after exchanging reading material. In a quest to read more, and more widely across languages and genres, Daak Vaak started as a personal project first, without an audience or target group in mind. A newsletter and a website were started in May 2017 only for close friends. Today, it has expanded into an empire, especially on Instagram where they have over 62.2k followers. Their page has pictures, couplets and lines from the writings of predominantly Indian writers. "The function of the anglicised literature was such that it was considered cool to read English literature, not so much our own desi literature. There was a huge gap in our understanding because of this," says Prachi who was born in Jamshedpur but is currently based out of Geneva. Onaiza, who was born and still resides in Srinagar, had similar thoughts. "In my early 20s, I realised that I hadn't read any non-English literature, not even Kashmiri or Urdu literature," she says. 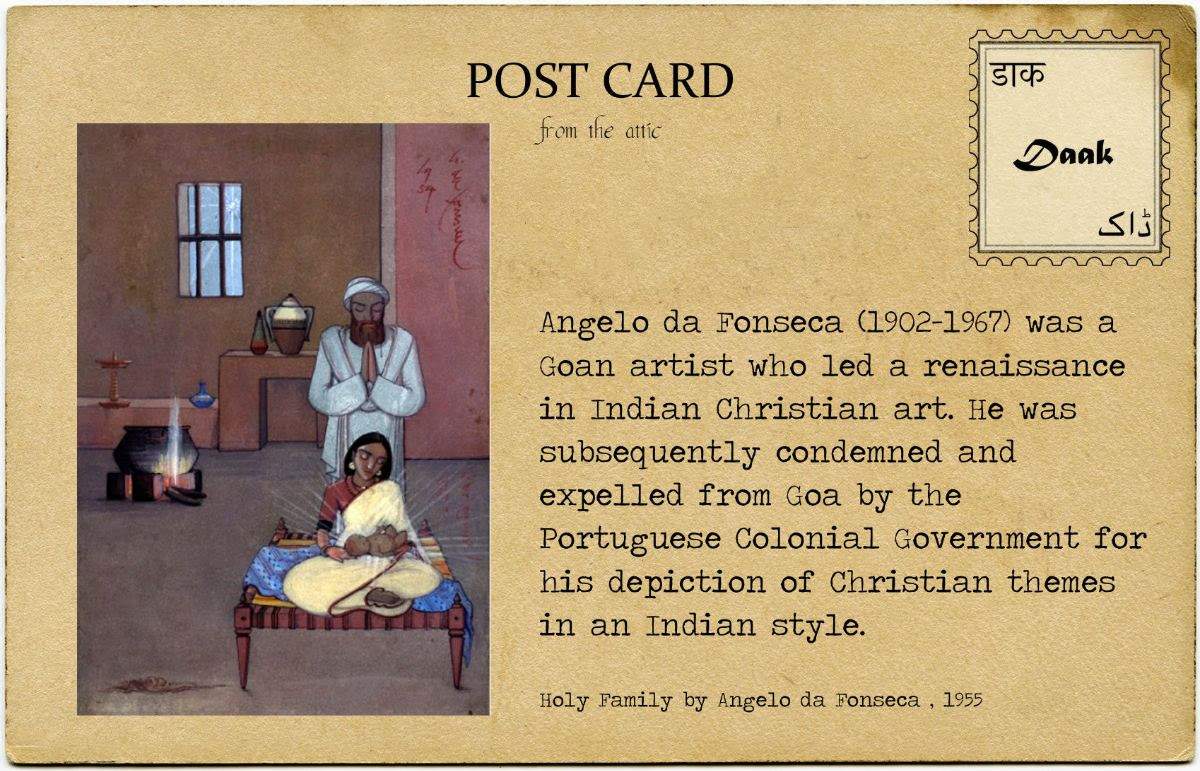 One of their posts | Courtesy: Daak Vaak

Thus, the duo began reading across languages and across genres. And for their ever-growing online audience, they started packaging all that they read into shorter snippets, keeping in mind the prevailing attention span. "The idea was that a whole book of Urdu poetry might seem intimidating and you might not end up engaging people at all. But if you start them off on a few couplets and shayaris, and gradually draw them in, it might be wiser," explains Prachi who pursued her BA in Literature and Psychology from Lewis & Clark College, USA. It all started with what they had already read and then, the recommendations started pouring in through DMs. And they slowly took it up and today, they post content from across South Asian literature.

Listen in on the conversation:

"We do try to keep it contemporary and link it to thematic elements like love, women poets, feminism and more. We recently did one around the partition. And everything is so timeless and that's the mark of great literature," shares Onaiza. Their partition posts featured a poem by Agyega called Hamara Rakt (Our Blood) which begins with the evocative lines translated into English, 'Shed here was my brother's blood'. And when the Beirut blast in August shook the entire city, a couplet written by iconic poet Faiz Ahmed Faiz which goes, 'Beirut, cynosure of the peoples of the world. Beirut, beating heart of paradise', was shared. "Posts related to current affairs makes it more timely, more relevant and a lot more memorable," points out Onaiza who pursued her Master's in Anthropology from the University of Oxford. 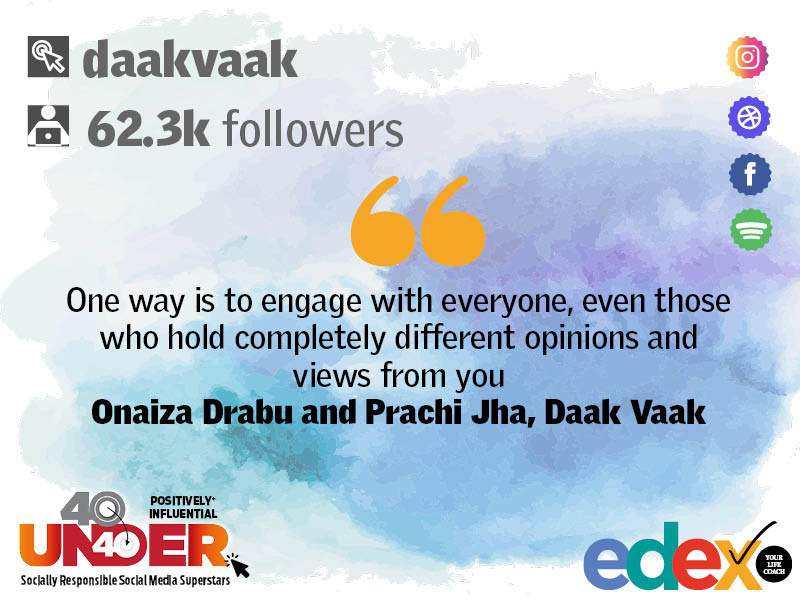 While they both are voracious readers, Prachi tells us that it is Onaiza who is responsible for the aesthetics and the designs of the posts. Their trademark is an old postcard which has turned golden-yellow with time with a couplet or a few lines written on it. But their newsletter, Prachi cautions, is not for the lazy reader. "It is not easy and it is not supposed to be, it is supposed to make you think, be uncomfortable and question everything, like all good art must do," explains Prachi. Currently, they are asking followers to share stories of the home they have been separated from.

"The idea of reading is ever-evolving. But among the overdose of content, there are times when we crave for more intimate forms of engagement. All we need to do is understand it," says Prachi. All they know is that they will be true to their first love, reading, and remind people of the joy of reading the works of our own writers.