Aarthi Parthasarathy is giving 'the others' a voice through crowdfunded art, comics and documentaries

Aarthi Parthasarathy has dedicated her career as a filmmaker and writer to understanding and representing 'the other'. We find out how she got the message through to a changing audience

aSince she was just a child with her head in the clouds, Aarthi Parthasarathy has always wanted to tell stories of the 'the other'. But since moving from Mumbai to Bengaluru to pursue Filmmaking from Srishti Institute of Art, Design and Technology, she has been telling these tales through documentaries, advertising films and stories of fiction. Aarthi's shift to the internet and the larger social media space began in 2014 when she set up Falana Films and Royal Existentials, UrbanLore the year after and the Kadak Collective in 2016.

She says, "I decided to set up Falana Films, which is basically filmmaking for social change. We've worked with a variety of clients — from non-profit organisations like Saahas, for whom we made a film about their approach to waste management, to organisations like Quest Alliance, which deals with education, to Pratham Books. The idea has been to touch issues like gender sensitivity, social justice and LGBTQIA rights. In this space, we've worked with different individuals and groups to help them document and create materials for certain projects or initiatives that we believe in and we create social media engagement for these themes." 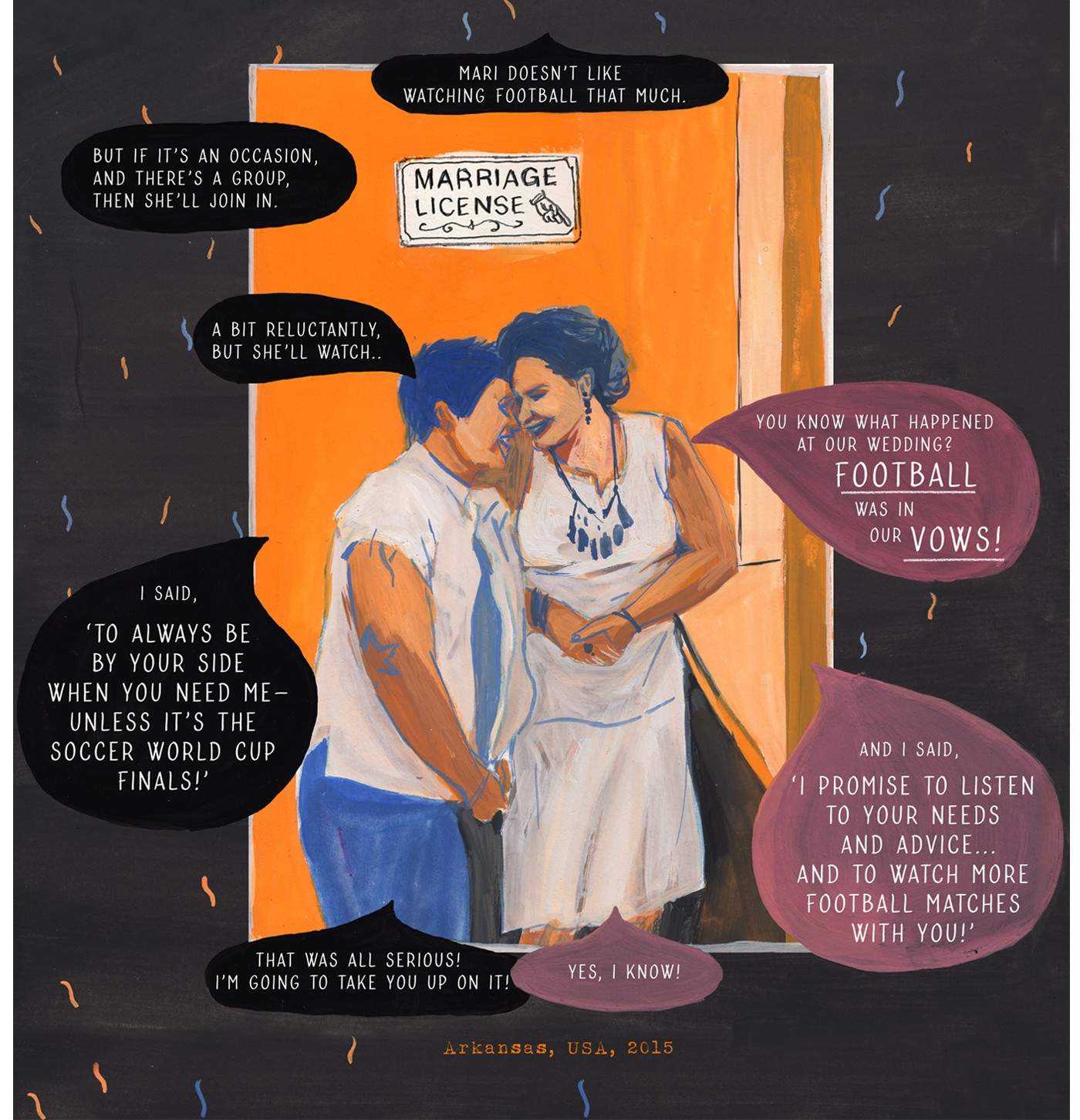 The Game of Two Halves by Aarthi Parthasarathy

With Kadak Collective, the engagement grew more personal for Aarthi. The online feminist art collective was set up by eight South Asian women (Aarthi included) on March 2016. The platform brings together the voices of women, as well as non-binary and queer individuals who work with sequential storytelling to change the representation of women and gender minorities in comics and pop culture in general. Their most recent project, The Bystander Anthology, brought together 50 artists from across the continent. The anthology brought together graphic narratives about geography, gender, identity and the self through the perspective of 'the other’– the bystander. In 2019, it was published online and offline through a crowdfunding campaign.

"I would say that both Falana and Kadak come from an interest in wanting to react to issues of gender. And my intention was always social change," says Aarthi. About creating an impact on social media, she says, "We wanted to create a different kind of voice within comics in India and South Asia. With Kadak Collective, there's been a much more concerted effort. A couple of things that we did through Kadak created quite an impact. We had created this umbrella project called Creatives Against CAA on Instagram. The whole focus was to use social media to talk about the amendment and much more." She continues, "It started with that but it grew to be about all the laws that were harming our discourse and adversely affecting minorities. Whether it was the UAPA (Unlawful Activities Prevention Act) or the Trans Bill, the idea was to create awareness or to kickstart a discussion. It started with us making a couple of posters around this. Later, many artists started creating posters and sharing them with us. Kadak puts it up, creates a dialogue and we share information and resources. So when you are dealing with a subject online, it takes on a life of itself."

Aarthi and the other artists put this learning to good use with The Bystander. It worked as a springboard of sorts for artists to tell stories. Over the past one year, stories have been collected and crowdfunded. The work is already available online. In addition to this, snippets of its offline version can be found across their social media. Thanks to the range of identities and contexts that the stories come from, Aarthi believes that each of their interpretations have been disseminated through social media under the name 'bystander'. 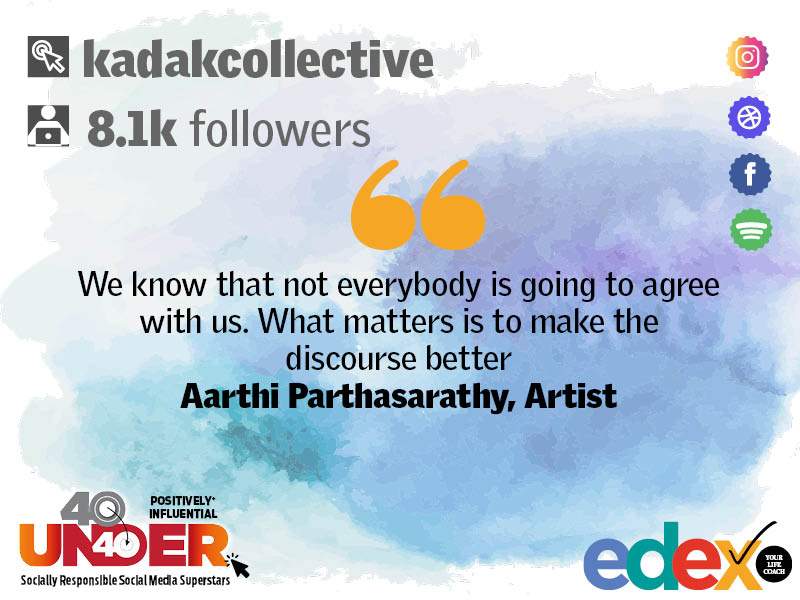