The social stigma surrounding mental health and seeking help as a result of it is something that is a long way from dying down. But what about the stigma that we impose on ourselves, preventing us from seeking professional help. Such was the situation that Muskaan Karanwal faced when she was suffering from anxiety disorder during the second year of her undergrads. “I initially didn’t understand that I was dealing with anxiety. I was lashing out at people believing that things were getting overwhelming without knowing what was causing it. Then, I began reading up on it and realised what I was going through,” she says. Muskaan couldn’t seek professional help immediately. “I didn’t want to talk to a stranger and pour my heart out. I realised that the stigma surrounding mental health doesn’t limit itself to those around us, but also extends to ourselves. I knew I needed help but didn’t want to seek it out,” says Muskaan. 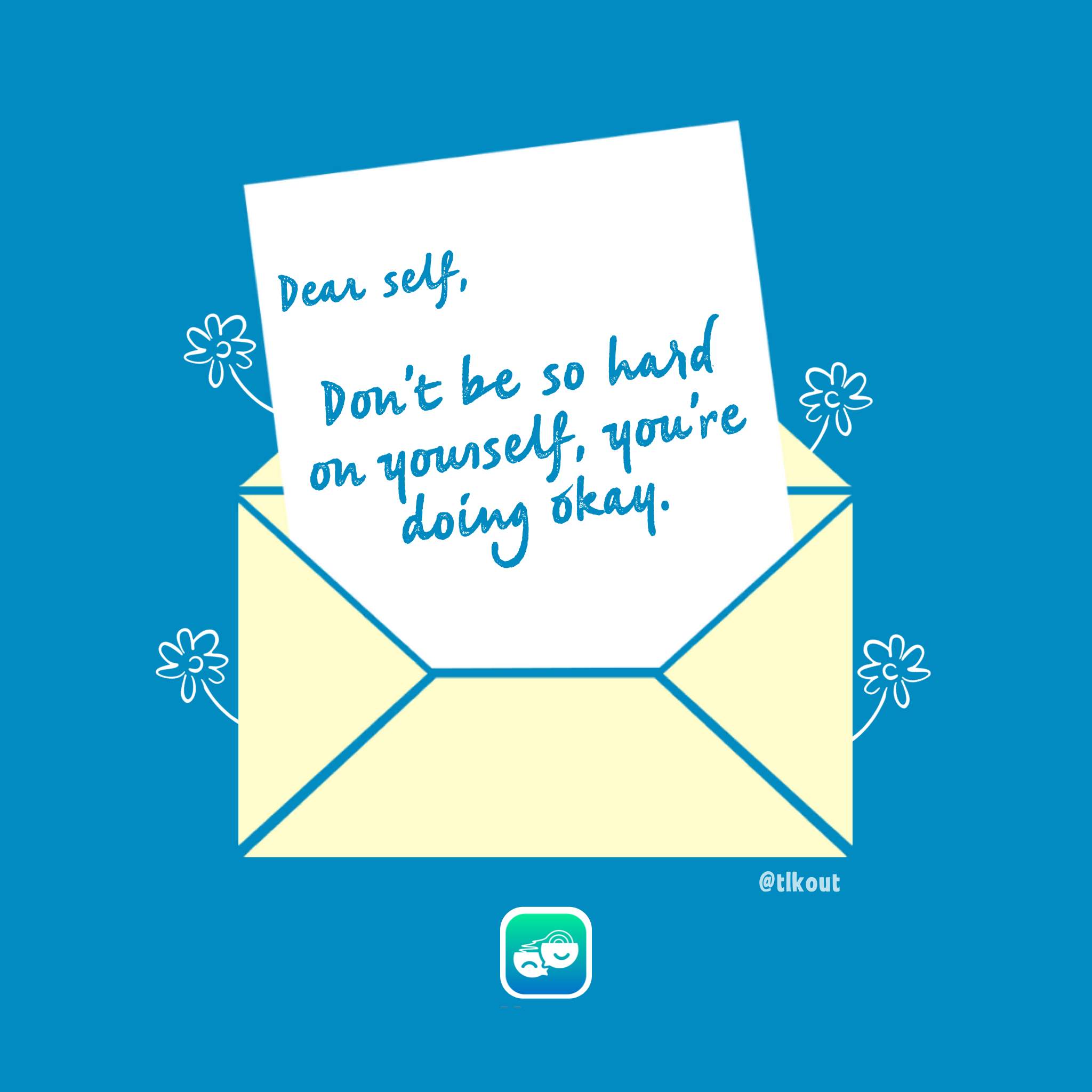 Since then, Muskaan has been a mental health advocate, but it was only five months ago that she decided to take the social media plunge. She started her page on Instagram called the TlkOut Initiative, which gives her followers information about various mental ailments, their symptoms and also provides them with some much-needed motivation. “I wanted to start conversations around mental health and enable people to find a comfortable space to discuss their issues. I was very lucky to have friends and family who understood and helped me. But not everyone has that privilege,” says Muskaan, adding, “People just expect that those with mental health issues to just get over it. TlkOut aims to tell such people that their issues are valid and there are others who are also going through these issues.”

TlkOut Initiative is also present on Facebook and was started when the pandemic did. It was aimed to help people who were in distress due to the lockdown and the pandemic in general, says Muskaan. “TlkOut’s DMs are always open. It isn’t counselling or therapy as I’m not a mental health professional. But it is a platform where people can come and talk about what they’re going through and they will be heard without judgment or prejudice. If someone reaches out to me with anxiety or depression, I try to get them to seek professional help,” says Muskaan. “A month ago, I also asked people to start reflecting their thoughts through journalling. This was very well received by the followers. It gives them a sense of belonging to the community,” she adds. Muskaan is currently solely operating from her Instagram page and has plans to launch the website for TlkOut by the end of September. She also plans to launch an app in October. “The app will be available on Android and iOS. The app will celebrate humans, their vulnerabilities. People can be themselves, learn from the community and grow with them. Followers can’t connect with each other through Instagram but they will be able to through the app if they want to,” says Muskaan.

From family issues to relationships, Muskaan says she has received messages of people facing distress over all. “There have been teenagers who have claimed to feel suffocated due to overprotective parents. Men and women have reached out when they are unable to get out of a relationship after being cheated on,” narrates Muskaan. “There have also been people who are unable to leave a job that’s going nowhere. I feel that most people reach out because they want the opinion of a stranger in the hopes of reinforcing something they already believe in,” she adds. 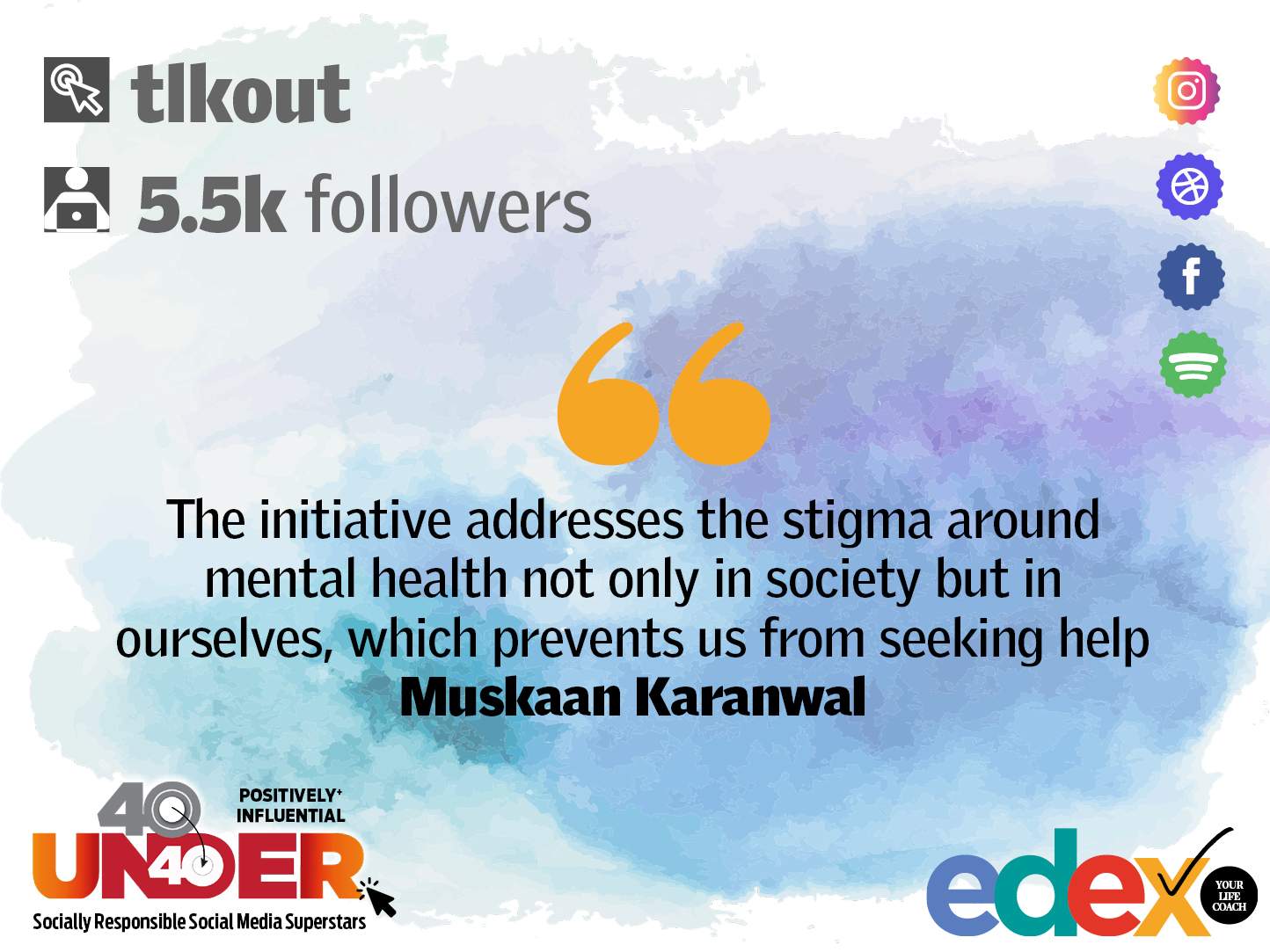