Jyotsna Siddharth talks about starting a platform that discovers, discusses and debates the role that caste plays in love and romance

In this series, we have profiled people who have created discourse on some sort of social issue through social media. But here is a person who is possibly working towards the solution that would solve any problem we have today — love. Jyotsna Siddharth is an actor, intersectional artist, activist and writer who identifies herself as a Dalit Queer women. Two years ago, she started Project Anti-Caste Love, a platform that creates narratives, discourse and consultation on love, relationships and intersectionality and is vibrant on Instagram.

“Project Anti-Caste Love stems from my MPhil work - a discussion on romantic relationships, love, romance and how caste and religion plays a role in it. Romance and intimacy are also caste experiences, so the platform helps people find answers to questions that may have risen in her own relationships,” Jyotsna says. She is also an academician who got her first Masters from the Tata Institute of Social Sciences (TISS) in Developmental Studies and then went on to pursue a second Masters at the School of Oriental and African Studies, the University of London for a degree in Social Anthropology and even became a Chevening Scholar! She also joined Delhi School of Developmental Studies for an MPhil. 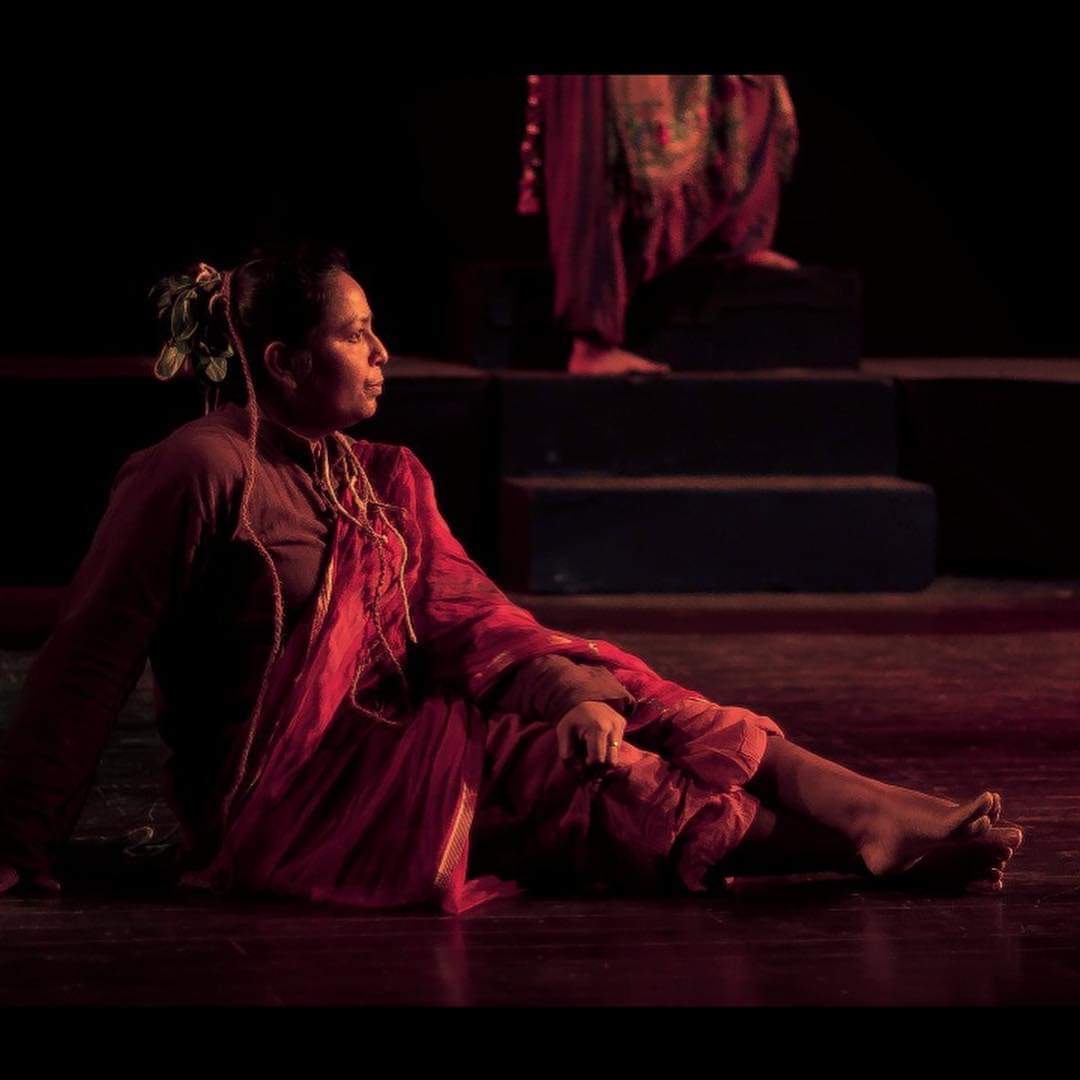 Jyotsna on stage during one of her performances | Courtesy: Jyotsna

“Through this page, I want to help people get a better understanding of how caste and religion play a role in our ability to love and work at relationships. This one time, we ran a love letter series on Instagram which was highly successful. During my MPhil, I wanted to read people’s love letters as a part of my thesis but obviously wasn’t able to access it as people thought it was very personal. But after I started the project, I asked people to send me their letters, anonymously, of course. And through these letters, we found how almost always caste and religion played a role in the way that people loved,” Jyotsna said.

The performer said that the page has allowed her to connect people from small towns as well which she might not have been able to do otherwise. “People have questions and don’t know where to look for answers. So I hope that this space helps them figure it out. I want to build a community where people can both share and find things that they are looking for. I also started a segment called ‘Spotlight’ where I invite people to talk about their idea of love and romance and caste and how class clashes happen in relationships,” she said. Besides the posts of this kind, Jyotsna uploads performances and body movement videos which are highly popular as well. 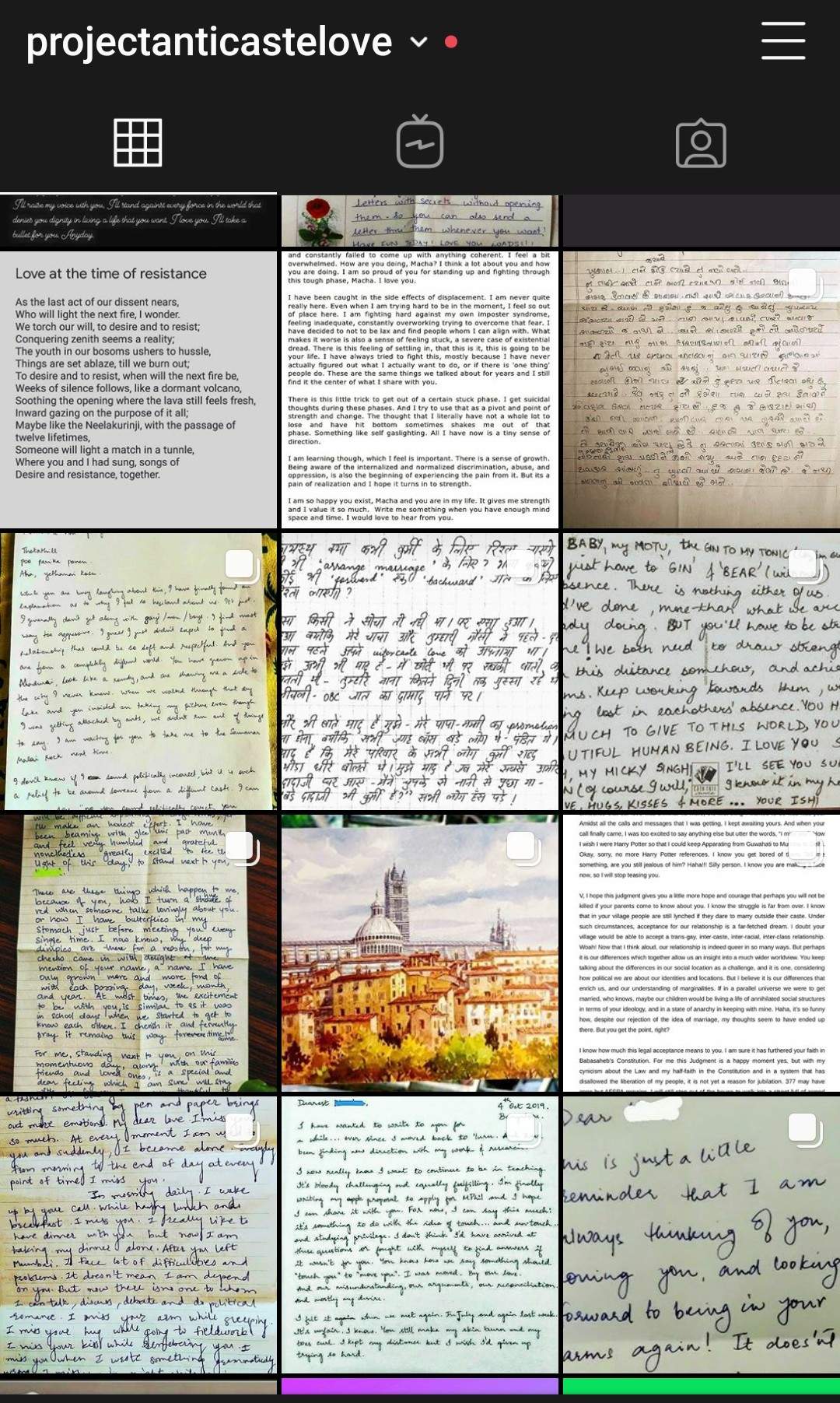 She also runs another page called the Dalit Feminism Archive in memory of her mother, a prominent Dalit feminist who passed away in 2018. “I want to archive Dalit feminist voices in India and South East Asia, not just women but also queer, trans people. It is a way to strengthen Dalit feminism. With this page, there is no pressure to constantly put out content since it is archival work but this is a way to document Dalit feminism and experiences of the queer voices, as well as build a discourse,” she explained. Jyotsna also says that the her next project — Purple Library — is in works, and it will be a space that will feature only books on caste and gender.

One common misconception is that the scope of the discussion is limited to a smaller subset of humanity. “As the Project grows, I gain more trust and I’ve been able to build more credibility. But these are not just experiences of the marginalised, it also includes conversations with upper-caste cis-het people because all romantic experiences are any way caste experiences. It is not that only people from marginalised communities have caste experiences,” she explained. 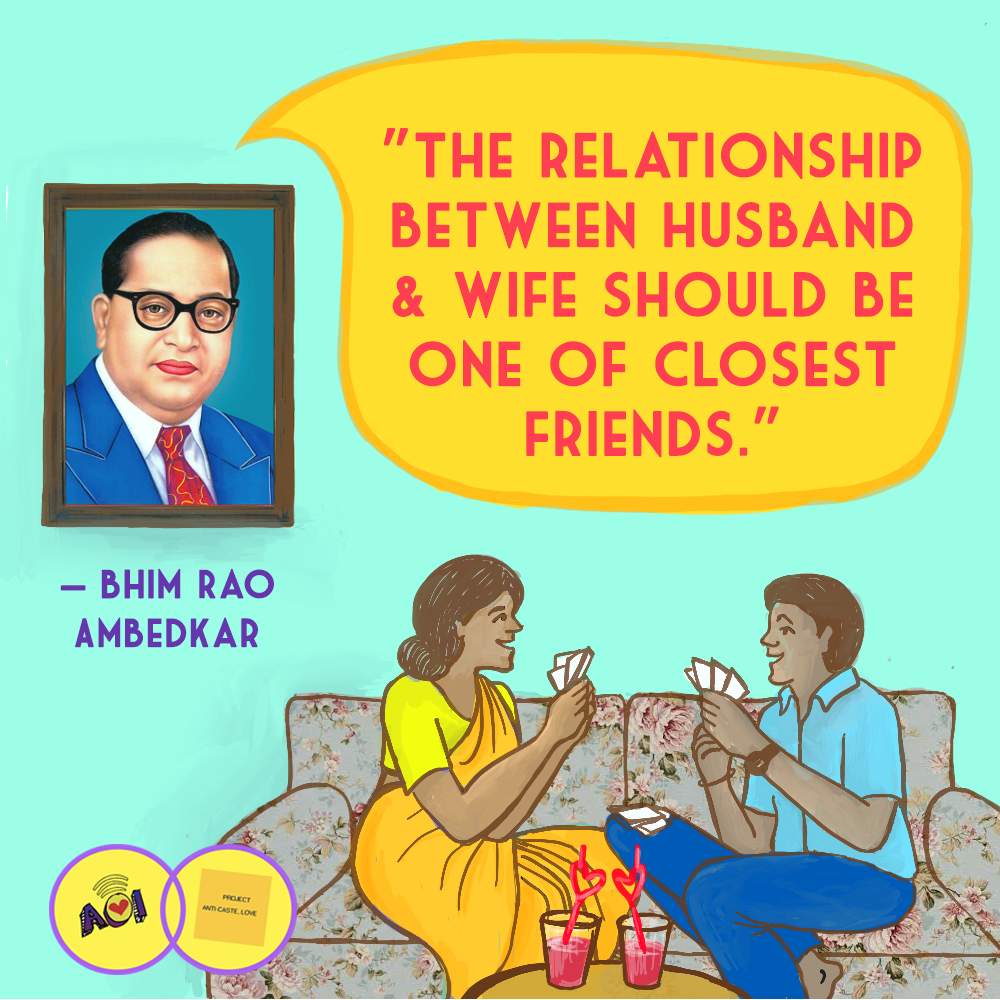 With a large number of followers, comes a lot of responsibility too. So how does Jyotsna ensure she is saying the right things on her platform? “It has taken me a long time to build this sort of engagement, so I know I shoulder a lot of responsibility. I put the onus on myself to keep constantly learning but I’m willing to be criticised. I don’t shy away from it. For me, its very core and basic to constantly reflect on myself.  I never want to position myself as someone who has answers to everything. If there are things that I don’t know, then I always ask people. I think learning is always mutual,” she tells us.

She also ensures, she knows everything about what she’s putting up, she always cites sources. “Whatever I put out there is credible but I invite dissent and discourse because it is important to take responsibility for what I put my name on,” she adds. 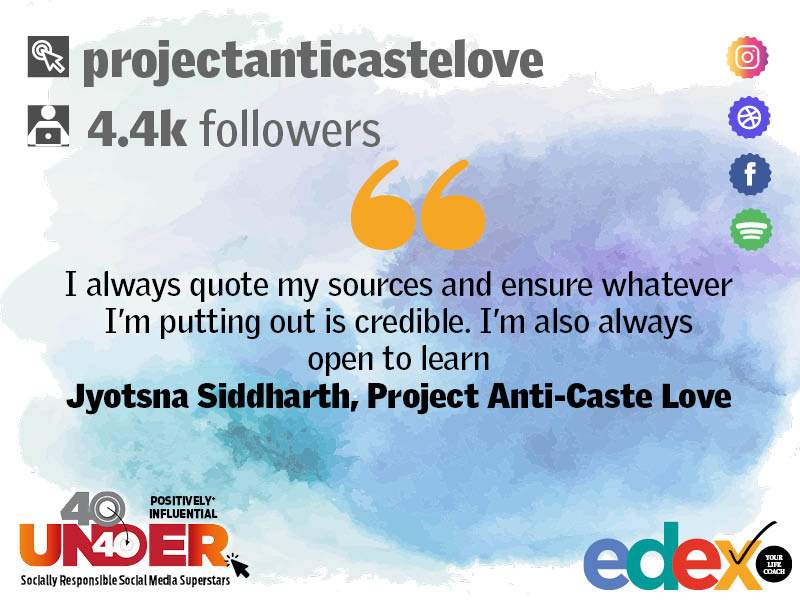 Caste and love and intimacy are both very dangerous topics in a country like ours - both are topics we shy away from and violence and hate is perpetuated in the name of both. Jyotsna has brought both of these together and is probably treading a very dangerous territory albeit it should be a more tread on path. But this would definitely invite the wrath of various members of the society we live in and coping with this can be no easy matter. “Most days I just don’t cope. But since I identify as a Dalit queer women, I sometimes have to fight on both ends. People keep telling me that I don’t fit their idea of a Dalit women. So when I don’t fit into these moulds, I face a lot of backlash both from the community and the society at large. When people are not able to place you or identify your caste location and you don’t fit their Dalit stereotypes, then it unhinges them. People have called me all sorts of casteist slurs,” she explains.

She points out that in many instances, there are people who are your own friends who say things like ‘I didn’t know you were Dalit’ ‘You don’t appear to be a Dalit.’ “But I don’t feel the need to perform my identity,” Jyotsna says. “But thanks to my mother, my identity is not private, Of course, the trolling has been massive but I take refuge in my work. In my writing and in theatre, it really grounds me. Some days are very hard but the Project has given me a lot of love and it is a continuous process and people feel threatened by discourse, by words. But we have to keep going,” she says, hopefully.