Iyan Karthikeyan, who runs YouTurn, a YouTube channel through which he dispels fake news talks about the challenges this initiative throws at him

Possibly the greatest tragedy of our times is the speed with which fake news travels. It hasn’t just gotten that random uncle or aunt riled up about non-existent problems, it has taken lives. It has set off mobs on innocent people, led to clashes, villainised and demonised communities, spread hatred and in some cases, caused irreparable damage to people’s lives and reputations.

In this world of ‘alternative truths’, Iyan Karthikeyan is one of the very few people in the country who has made it his life’s mission to dispel fake news. He runs a YouTube Channel called YouTurn, as part of a larger fact checking organisation operating on all kinds of socila media platforms, that takes on every misleading or false piece of news, traces its source, fact checks it and possibly helps prevent some very violent thoughts and actions in our society.

Iyan, a BTech graduate in Information Technology, went through the much treaded lanes of software technology before freelancing as a writer. Around that time, when a friend, Vignesh Kalidasan suggested making it a profession, he along with his friend decided to set up YouTurn, which currently has over one lakh subscribers. But how did he decide to take up something so unique and possibly dangerous as well, considering how volatile our society is when it comes to these things? 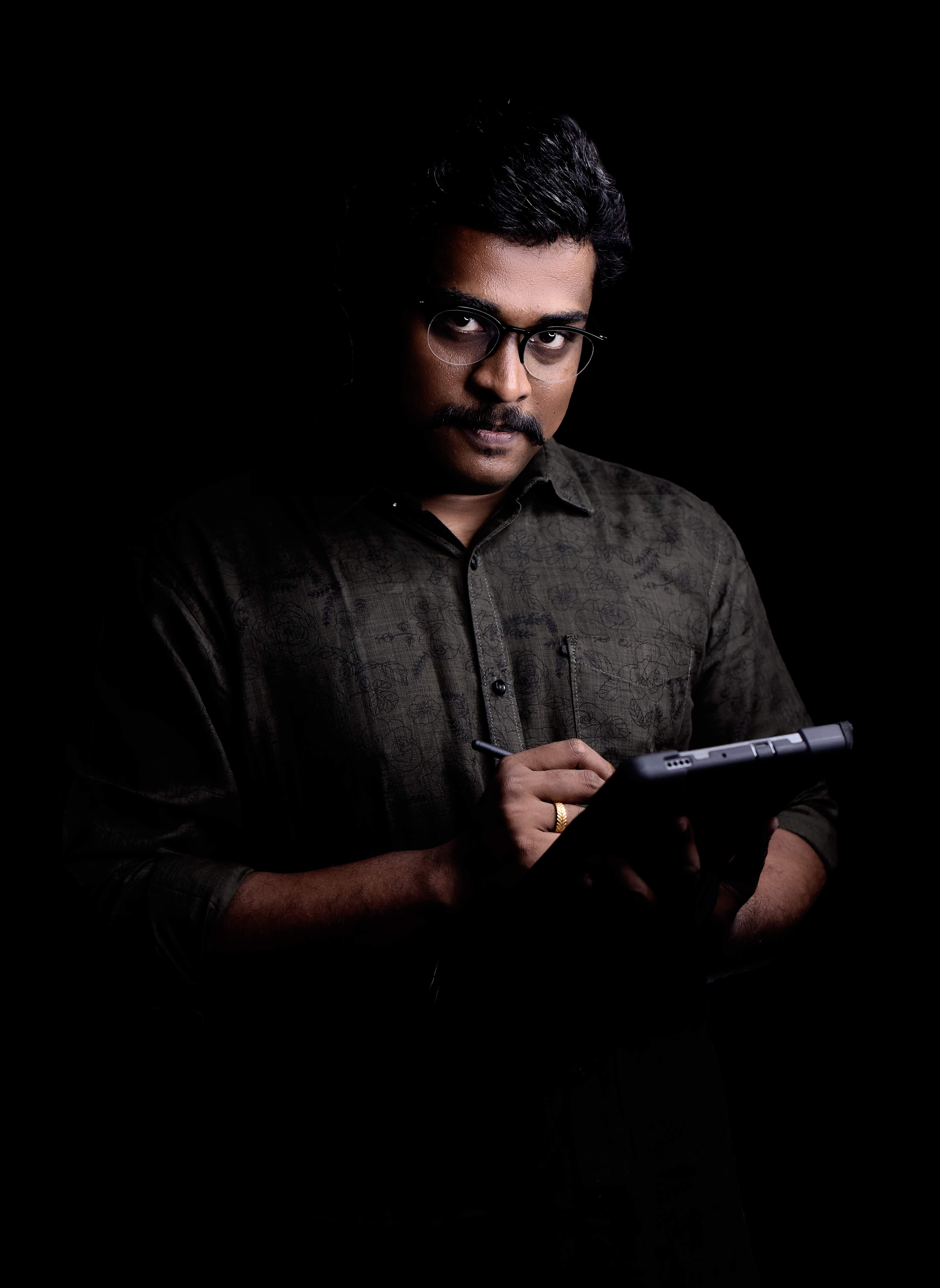 Fake news is one of the greatest dangers to the world today | Courtesy: Iyan

“It was when I saw how fake news can conquer even the most intelligent and qualified minds, I was truly terrified. I would see academicians, scholars, celebrities, political leaders share fake news with not even a second’s thought. When the floods came in Chennai, there was all this fake news about wild animals coming into the city, crocodiles and what not and people were just sharing this over and over again. It was the same with political news as well. There was one piece of news about how there had been a mistake in the number of MLAs in the assembly and I was wondering how something like that was even possible. But famous people were sharing this news and then I did my own research and found it was false.” It was after he wrote an article on this particular bit of fake news that his friend suggested that he should do this for a living.

Iyan first thought maybe it would be a good idea to create memes with fact-checked news since memes have been all the rage over the last few years but a huge chunk of them spread fake news. So Iyan’s team decided to start a page to debunk fake news and to start fact checking memes on other pages., “Soon people started tagging us in memes to ensure what the meme was saying was true. So these page admins also started to become careful about what they posted.” Soon after, Iyan established his YouTube channel, he says it was around the same time that Alt News was also set up. 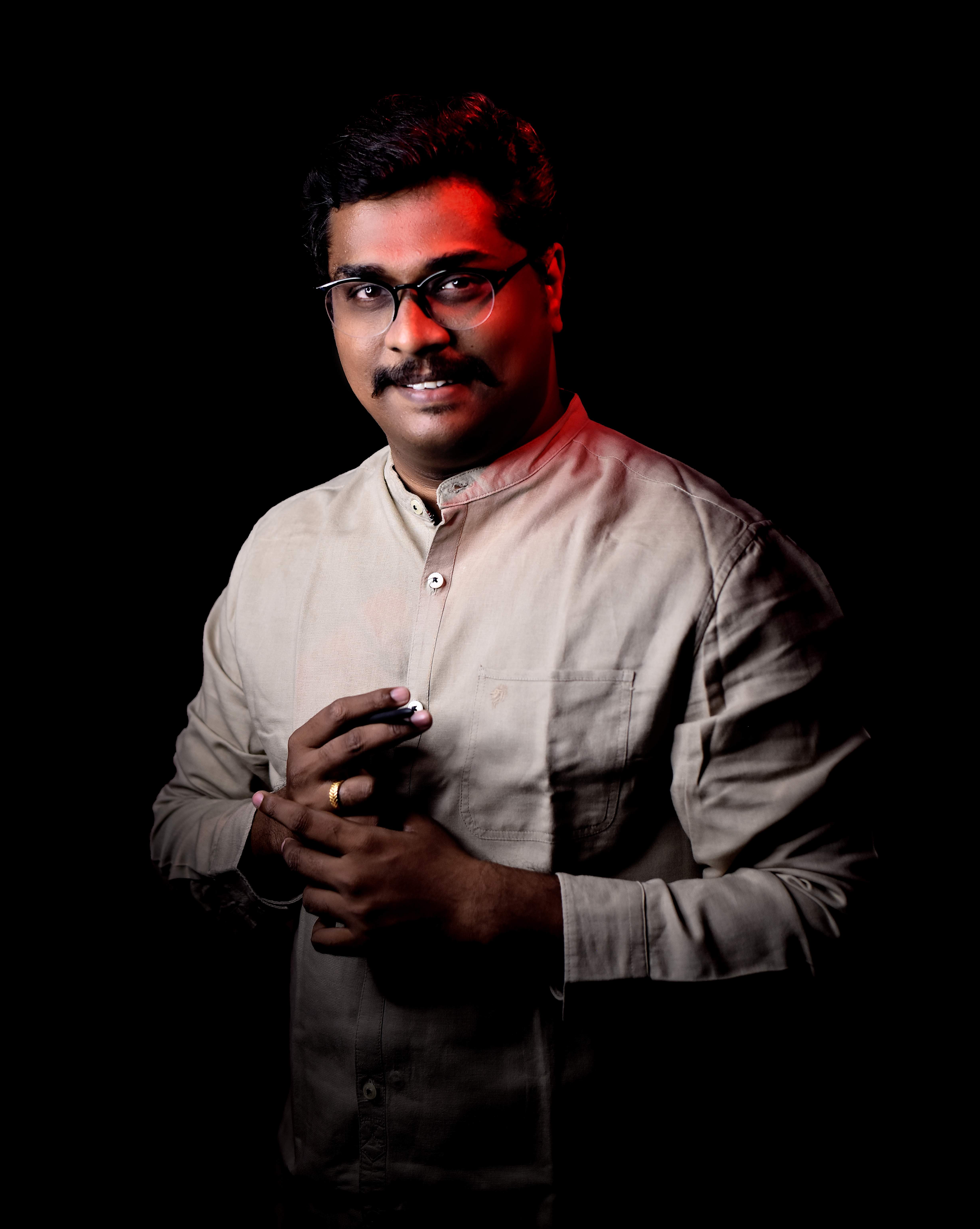 Iyan dispels all sorts of fake news from topics like politics to religion | Courtesy: Iyan

There are two kinds of news that Iyan picks and discusses - news that is going viral or if it is something he thinks will have a lot of impacts, “Election news is a big thing and is also a time when fake news gets shared with a lot of vigour. So we cover those stories, but the elections come every five years and go. On the other hand, news that has to do with religion or caste can have a lasting impact on us as a society. So I ensure I give those stories a priority in my videos. Because people can hold on to hate for years and eventually this results in violence. So we give maximum importance to such news,” he explained. “One such topic was with regard to Muslims being falsely accused of supporting Pakistan if they ever put up a flag that represents their religion. In one incident in Karnataka, the police detained a group because of this, not knowing that the flag is not a Pakistan flag. Soon this went viral and people began to accuse Muslims of supporting Pakistan and this is an issue that keeps on propping up every now and then. It was the same during Corona, lies began to get spread about the community. If we don't combat such false ideas now, it will have dangerous consequences. I think I’m most proud of the video we made on this issue,” the 32-year-old tells us.

Health-related news is also another prominent topic in Iyan’s videos and he regularly gets medical professionals to dispel these rumours. 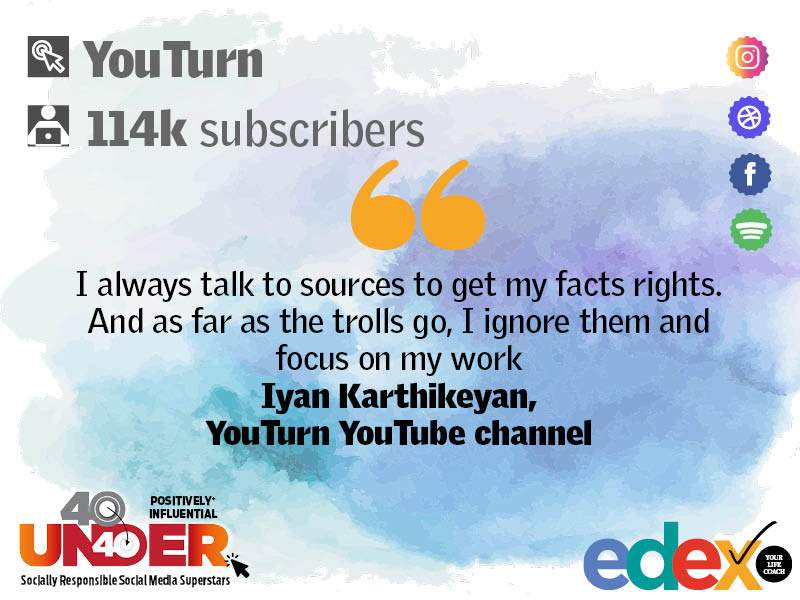 He says he carries a lot of responsibility on his shoulders especially because people are coming to him for the truth. “In some cases, where we dispel news that is being shared by pages that already have a set ideology then their followers attack me for having one-sided views. But it is my motto, that no matter what the news, if it is false, it is false and I will face the consequences of my actions,” he adds. But the trolling he receives is quite overwhelming. He says, though, that initially every little comment would hurt him but now he’s trained himself to cope, “We keep getting accused of bias but we will have videos on both the ruling party and the opposition. But we have to understand that it is the ruling party that we must question first because they are ones running the show right now and then comes the opposition.”

YouTurn gets about two lakh views every month and Iyan himself is also a Google Fact Checker Trainer and his channel is the only Tamil channel to be featured in the International Fact Checking Network’s list of top fact checking channels. YouTurn is one of only three channels to be recognised by the Network.  “It hurts to hear comments like I’m one-sided. But I know that not many would choose to do this and so whatever compliments I get for the work I’m doing really means a lot to me,” he said.