Struggling to feel proud and positive about the way you look but also sick and tired of hating your body? Photographer Anushka Kelkar believes there's a middle ground. Check it out

Sita wakes up every morning and looks at herself in the mirror, contorting her face in displeasure — yesterday it was because of the pimples on her face, today it’s the extra pinch of flab sitting flush on her waist. Even though she’s following all the right pages and has read everything motivational about body positivity, she still feels ashamed of the way she looks. Sita is you, me and even the uber-confident girl you’re envious of because you think that she's flawless.

Scouring Instagram on a rather disheartening day looking for pages promoting body positivity, I stumbled upon @browngirlgazin and the posts were a comforting hodgepodge of emboldening photos of women in their true skin and some thought-provoking content. I knew right then that I had to reach out to the founder of the page, Anushka Kelkar, to learn about her initiative Brown Girl Gazing that provides a safe space to unlearn shame and redefine beauty. She tells us how it all began in 2017, “At the time, I was living in a girls’ hostel in Delhi. Observing the women I was living with, I wondered what the world would look like if women were less ashamed of their bodies.” 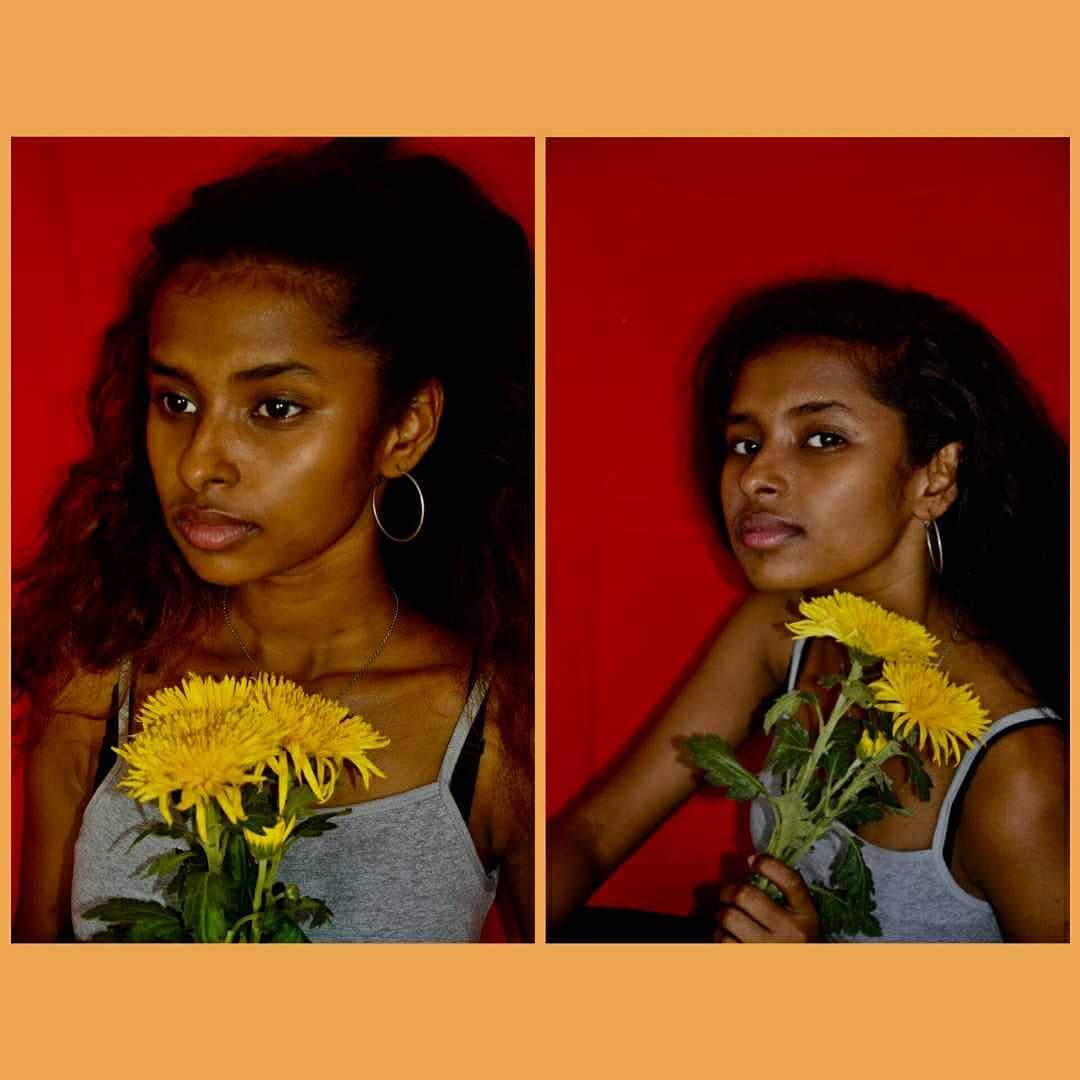 Started as a photo project by this 24-year-old photographer, as she continued her research into women and their relationships with their bodies, she felt that this had evolved into a community-building project, “A much larger movement about asking women to reclaim their bodies, almost. It’s not about loving their bodies, it is about talking about their bodies and their relationship with it — the good and the bad,” explains Anushka who understands that the subject is extremely intimate. Through this page, that seems more like a collective space, she amplifies other artists who are doing interesting work in this area but don't have the kind of audience they deserve.

Here's Anushka in conversation with us:

When I call what she’s advocating body positivity, she offers a different (and, I must add, refreshing) perspective. “While body positivity is part of a larger movement, with the Indian community, I don’t think positivity is necessarily achievable immediately. Women are constantly under pressure to be and look a certain way — be thinner, be less talkative, be more talkative, take up less space, take up more space. So, we are either pressured to conform to these norms or wholly accept our bodies as is,” begins Anushka, “But not being pressured into loving your body is as important as not hating your body. Somewhere, there is a middle ground. This is called the body neutrality movement.” Now that definitely sounds more doable. 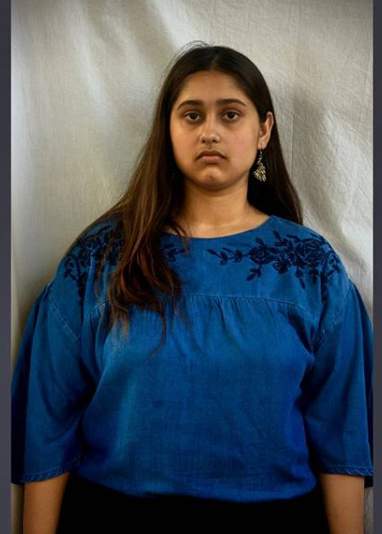 This was one of her posts that gained a lot of traction | Photo: Brown Girl Gazing

So, where do these pressures stem from? Could they have their basis in India’s patriarchal society? “How women feel about their bodies is steeped in patriarchy, which to be clear, is not necessarily men but a larger structure that assigns gender roles at a very early age and shames people for not fitting into those roles,” opines the Mumbaikar. Though Anushka does all she can to uplift the female community, she is not oblivious to the fact that men too have insecurities, “But what’s different with women is that there is a cultural emphasis placed on them and their bodies. With men, the pressures are entirely different but in this aspect, there is less cultural pressure placed on them to look perfect,” she adds, stating that it has unfortunately become culturally acceptable to tell women whatever one feels about their body.

Talking about how we can change the attitude and narrative early on, Anushka says, “Upbringing and childhood experience are critical in how our mindset is shaped. The way we talk to our children about their bodies matters. Being mindful of the language we use around them, both consciously and unconsciously, can go a long way in shaping more confident individuals who know their self-worth.” But given all of this, she says that it is heartening to see more conversations happening, both on social media and mainstream media too. “That being said, we have a long way to go. For one, the society that we are in is one that is deeply flawed and has been so for a very long time, so unlearning those ways will take time. The second reason is that we’re currently talking about body positivity, on a global scale, in terms of fashion or the content that we see, which is important, but it also has a psychological dimension to it that needs to be addressed on a personal level,” she avers. 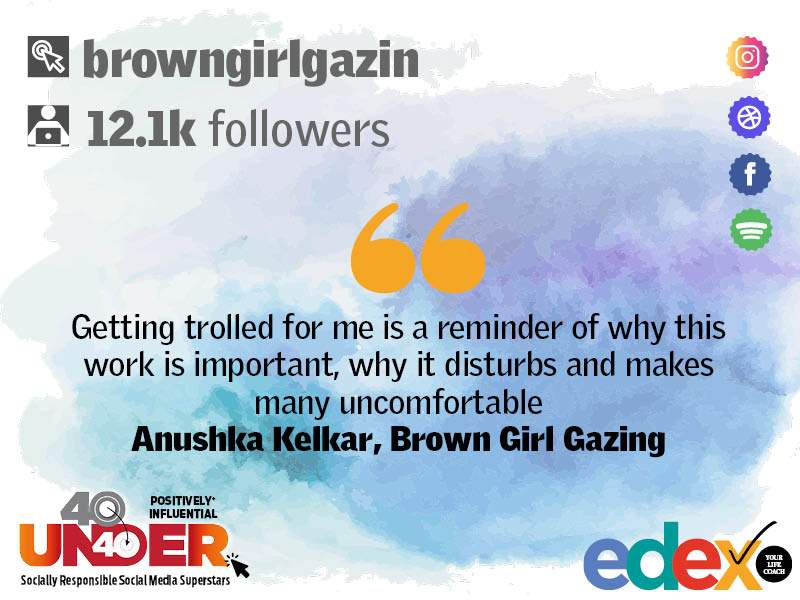 What’s her advice to all women who are hard on themselves? “Start by telling someone you trust your story, name your biggest personal fears. Begin there and trust the process,” she says and throws in some much needed advice for the teenagers out there, “You are going through an extraordinarily hard phase but it’s completely understandable that it feels difficult now. But you are so much more than your perception of your body. Remember, no one else is thinking of you as poorly as you are of yourself.” Ending our conversation with the best piece of advice yet, she says, “When you see someone, don't comment negatively on their appearance. Rest assured that if you are saying something about their appearance that you don't like, they have definitely observed it in and of themselves and they've been told about it before.”

So, slow down and forget body positivity for a moment. Get on board the body neutrality movement and let's get the conversation started.