Check Aastha Sahdev’s Insta feed for her take on what the nation really needs to know!

Through her Instagram page, Aastha Sahdev is creating awareness and starting conversations about women’s health, gender roles, racism and colourism in India

I've got books to read, matchmaking can wait

These are just some phrases that you will come across the Instagram page of Gurgaon-based artist and illustrator Aastha Sahdev. Named @aasthapastaa, Aastha's page on Instagram talks about all the issues relevant to us today. And how does she do it? Through her hard-hitting art, of course. Featuring women of all ages and types, Aastha's page is a tribute to womankind with all its trials, tribulations and societal judgements. Through her page, she aims to educate people about the issues plaguing women today in the hopes of shattering some gender stereotypes, patriarchy and blatant racism and colourism associated with women, especially in the marriage milieu. After dabbling in fine arts for a while - Aastha did a certificate course and has also worked with other artists - she discovered digital art and doodling. “I was really attracted to the vibrant colours and the endless possibilities it presented. Earlier, I had been struggling with finding my style but a couple of years ago, I did. While I had been illustrating since my childhood, I really considered digital illustrations and portraits about two years ago,” recalls Aastha. And then there was no stopping her.

Ever since she started working on digital illustrations, Aastha’s artworks found a new home - Instagram. “It was only after the pandemic reached India that I began illustrating about social causes. One of my first posts about the importance of masks was used as display pictures by several of my followers,” says Aastha. That’s when she understood the power of art and how it can influence. “Around the same time, I also began illustrating about women’s health, patriarchy and other social issues like colourism and racism in India. Being a literature student, these issues have been bothering me for long and I could finally bring them to the forefront with my art,” she adds. 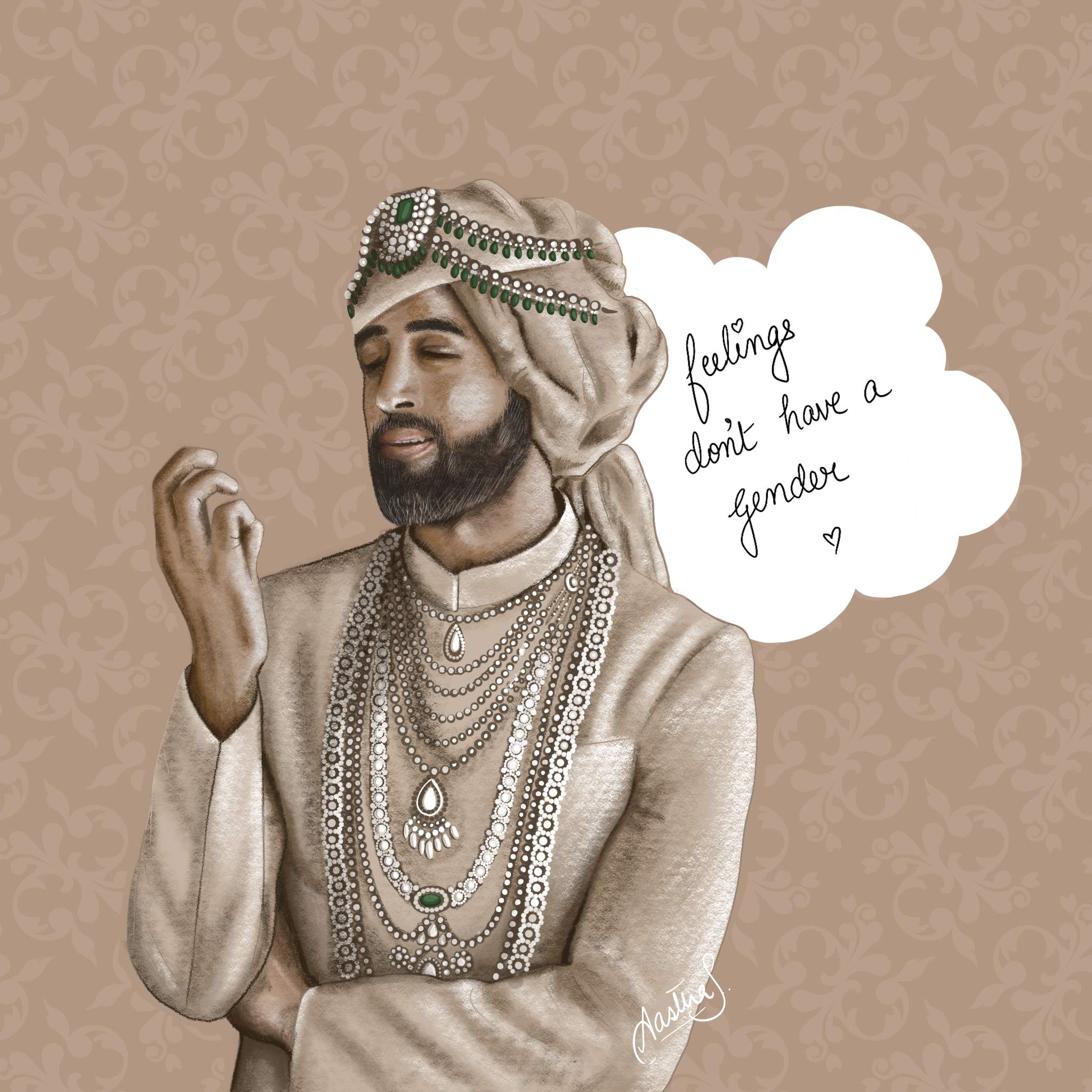 We all have feelings, you know | Courtesy: Aastha Sahdev

Since then, Aastha has been creating topical illustrations as well. She created illustrations about the Netflix show Indian Matchmaking and what it propagated, about marriage advertisements in newspapers, about viral issues on social media (from #BlackLivesMatter to #Binod), about menstrual health and about sexualisation of women. “But I have received a lot of flak for depicting semi-naked women and menstruation, not just from men but from women as well,” says Aastha. “I have received hate comments, threats but I seldom engage with trolls as it is seldom of any use. There have even been negative comments on my posts on the LGBTQIA+ community,” she adds.

One interesting thing to note about Aastha’s art is how it has changed over time. Earlier, she would illustrate doodles for her Instagram page. But around the time she started discussing social issues, she also changed her style. “I was struggling with digital illustrations initially and would mostly work on doodles. However, I was much more comfortable with painting portraits on canvas, where I would work on lifelike human figures. During the lockdown, I decided to merge the two and finally found my niche. Now, I am very comfortable with the style I have adapted,” says Aastha. And she began using her Instagram page to create awareness about subjects close to her heart. While Aastha doesn’t have a set pattern in which she illustrates, the entire process from inception of an idea to it finally being posted on Instagram takes anywhere between five and 15 hours. And which illustration is Aastha’s favourite? “I really loved the illustration which I had created as a response to Indian Matchmaking,” she says.