Sourav Roy, an artist from West Bengal, wants to share joy through his artwork. A lot of his artwork does have a political message or is based on a socially relevant issue, but it will make you laugh

For Sourav Roy, an artist hailing from West Bengal's Chandannagar, all that matters is the happiness and joy people feel after skimming through his artwork. "People are not well — physically or mentally — due to the sudden pandemic, lockdown and being stuck at home, so my aim is to make them happy through my artwork, that's my biggest motto. At the end of the day, when they come across my artwork on their Facebook feed or Instagram stories, I want them to feel content and happy with whatever the message or issue that is portrayed through it," the 29-year-old artist tells us. Sourav got his share of fame recently after one of his artworks about the recent accusation that Rhea Chakraborty practised black magic to woo her ex-boyfriend Sushant Singh Rajput went viral. His artwork showcases a Bengali woman with a black cat and a witch's hat performing kaala jadoo on a man with the text 'how love happens in Bengal'. 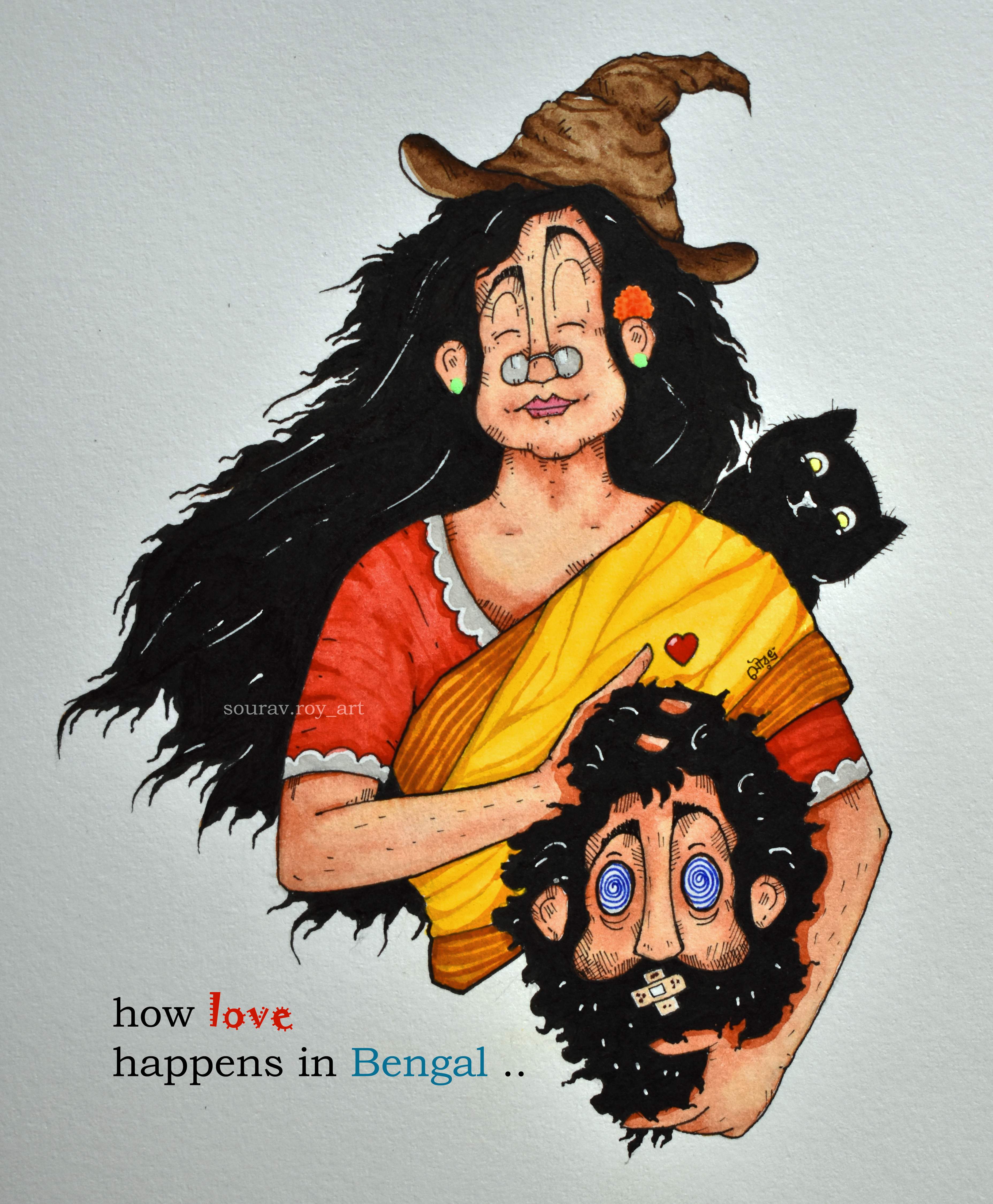 Who's on a witch hunt, really? | Illustration: Sourav Roy

What you probably may not have known is that this accusation has led to the skewed narrative of Bengali girls being witches from the past who can perform kaala jadoo and are clever enough to keep their men in control using their 'magical powers'. This featured in Sourav's artwork and was shared widely across social media. This artwork was created from certain personal experiences as well, says the artist. "I am a Bengali myself. Once, I had been to Delhi for a few days and came across people who asked me questions about Bengali girls performing black magic. Some even went on to say that we do. This kind of narrative has been going on for a long time now and is not new. So, drawing from my personal experiences, I wanted to do something light-hearted. But I would also like to point out that there are a lot of people who do not think or feel that way. I have made a lot of friends across the country and some have varied opinions, some have views that I wouldn't agree with but that doesn't give me the right to dismiss them," explains Sourav. 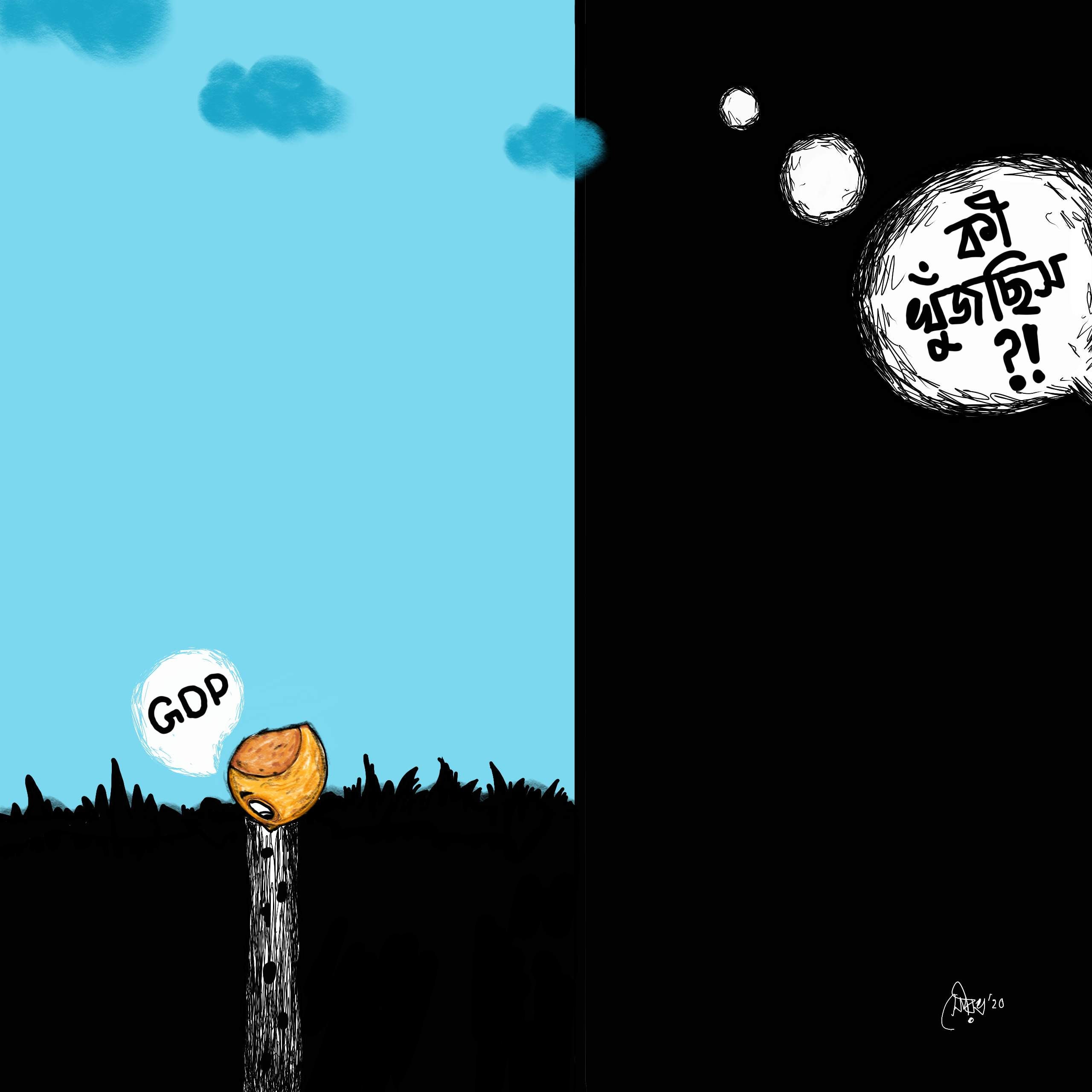 Sourav aims to tell stories through his artwork. When you pay close attention to his work, you will notice that the male characters featuring in all of them look similar. With unkempt hair, inquisitive eyes, an awfully long beard — to be precise, it resembles the quintessential Bengali bhodrolok (gentleman). "Yes, I do have a specific character that I illustrate for most of my art pieces. The character basically embodies me, my thoughts and that of a middle-class Bengali boy or gentleman. His emotions, his problems, his daily struggles, what he thinks and feels are also a few things that feature in my artwork. I have also introduced a bird, who is like the character's pet bird and her name is Kuhu. And Kuhu's everyday conversations with her master have become quite viral," adds the 29-year-old artist.

Recently, he began a series called She Matters, which showcases the whims and fancies of the relationships we have with our girlfriends or wives. "The sorrow, the happiness, the fights, the smaller achievements and everything else that goes into making a relationship work is what I am trying to put together with the recent series," he explains. 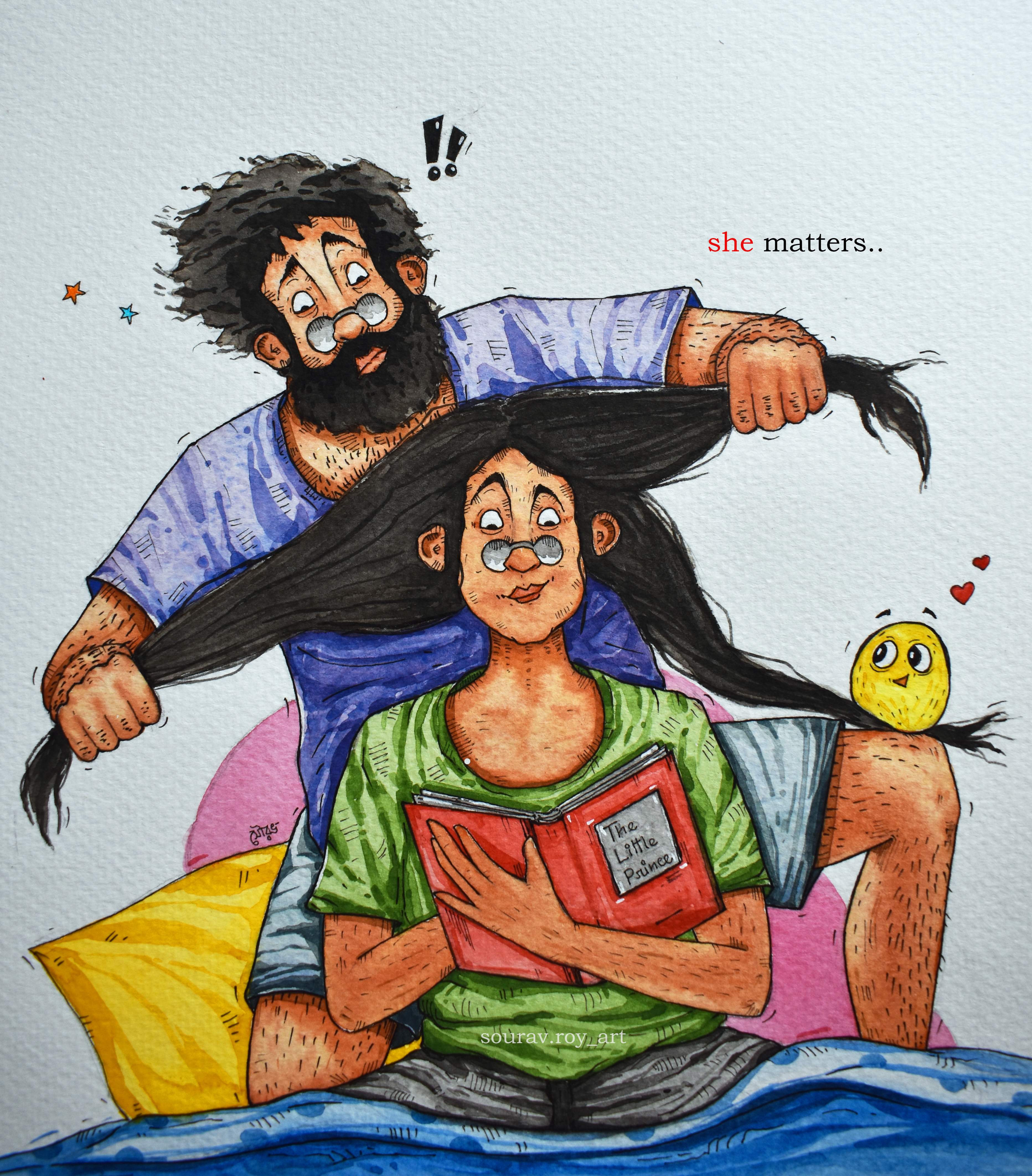 From the She Matters series | Illustration: Sourav Roy

A lot of his recent artwork has featured political issues and socially-relevant content such as the GDP being on a downward slide. In one of them, the bird Kuhu is looking through the grass for something and a thought bubble asks, 'What are you looking for?', to which she responds 'GDP'. Sourav's politics-related artworks are not hardcore, they are light-hearted, sometimes humorous, and something that will force you to think. He tells us that he has strong, personal political views but that seldom features in his artwork. "I typically tell a story through my artwork and thus, try to avoid hardcore political topics. I also prefer watercolour as a medium for this as it gives it an aesthetic feel. The freshness and the opacity of watercolours helps me make my creations more lively." 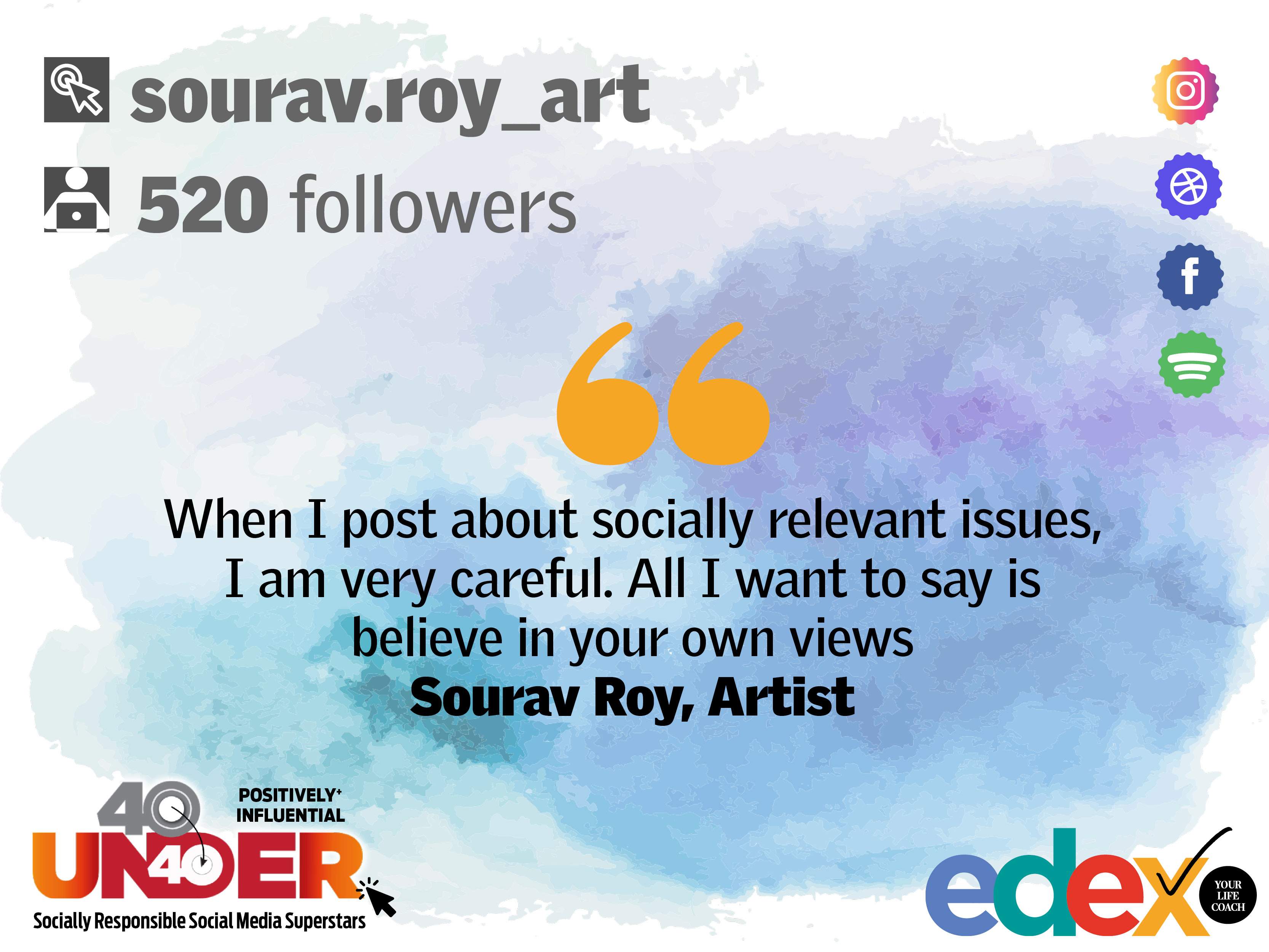 As a child, Sourav always wanted to become an artist, however, it was only in the past four to five months that he took it up seriously and has thought about taking it up full-time. His followers on Instagram and Facebook have given him a lot of confidence to take this forward, he says. He did his graduation in Bengali Literature from Presidency University, then worked in media for some time and is currently preparing for the UPSC exams. "But my dream is to become a good illustrator, I also have plans to start a new merchandise line with my artwork, but haven't specifically thought it through," signs off Sourav.