"We need to try to live in a circular economy where we try to recycle everything we use," says Dasari who has been working in this field for over five years now

Every few weeks, illegal sand mining in Vijayawada, Andhra Pradesh pops up in our news bulletins. There are images of giant cranes and barges on the banks of the Krishna River, extracting sand for commercial purposes and then there are images of farmers and various environment activists protesting the damage caused by mining.

According to Hari Chandana Dasari, Zonal Commissioner, GHMC, sand mining in Vijayawada is a double-edged sword. Situated near the lower delta of Krishna, excess sand on the riverbed can block the river and flood surrounding villages in the monsoon. “You have to mine it,” says Dasari, while stating that it is equally important to retain a base minimum level of sand to avoid soil erosion and ensure the river does not flow in a different direction.

Hyderabad is on a drive to collect about 50-60 tonnes of plastic waste, convert it and put it to different uses

In 2014, as the Sub-collector and Sub-divisional Magistrate of Vijayawada, Dasari took a few steps to regulate mining in the region, while preserving the river’s ecosystem. “We started using satellite imagery to track sand bed changes. Wherever the sand built up in a six months to one year period, we allowed that sand to be mined,” says the IAS officer. Apart from defining the area to be mined, a sand tax was also imposed. “Earlier, sand could be freely mined and sold by anyone. But we started auctioning it to the highest bidder. We also started keeping a baseline so as to protect the river from overflowing and soil erosion simultaneously. No one was allowed to cross that baseline,” she states.

Dasari's work with Vijayawada’s sand mining industry exemplifies her approach to preserving the environment in the armour of an IAS officer. “The government always proceeds with caution. We are spending public money and it is important to weigh the cost benefits of every move. However, we also have the best seat to create maximum impact with our reach,” she says of the way those in the civil services approach matters like the environment. Ever since then, there have been frequent run-ins between government officials and illegal miners on the banks of the Krishna. “It was risky to patrol the area at night to seize vehicles which were illegally mining the sand. It would not have been possible without the support of the police,” says Dasari, adding that risk is involved in every job and getting bogged down by fear will never get any work done. 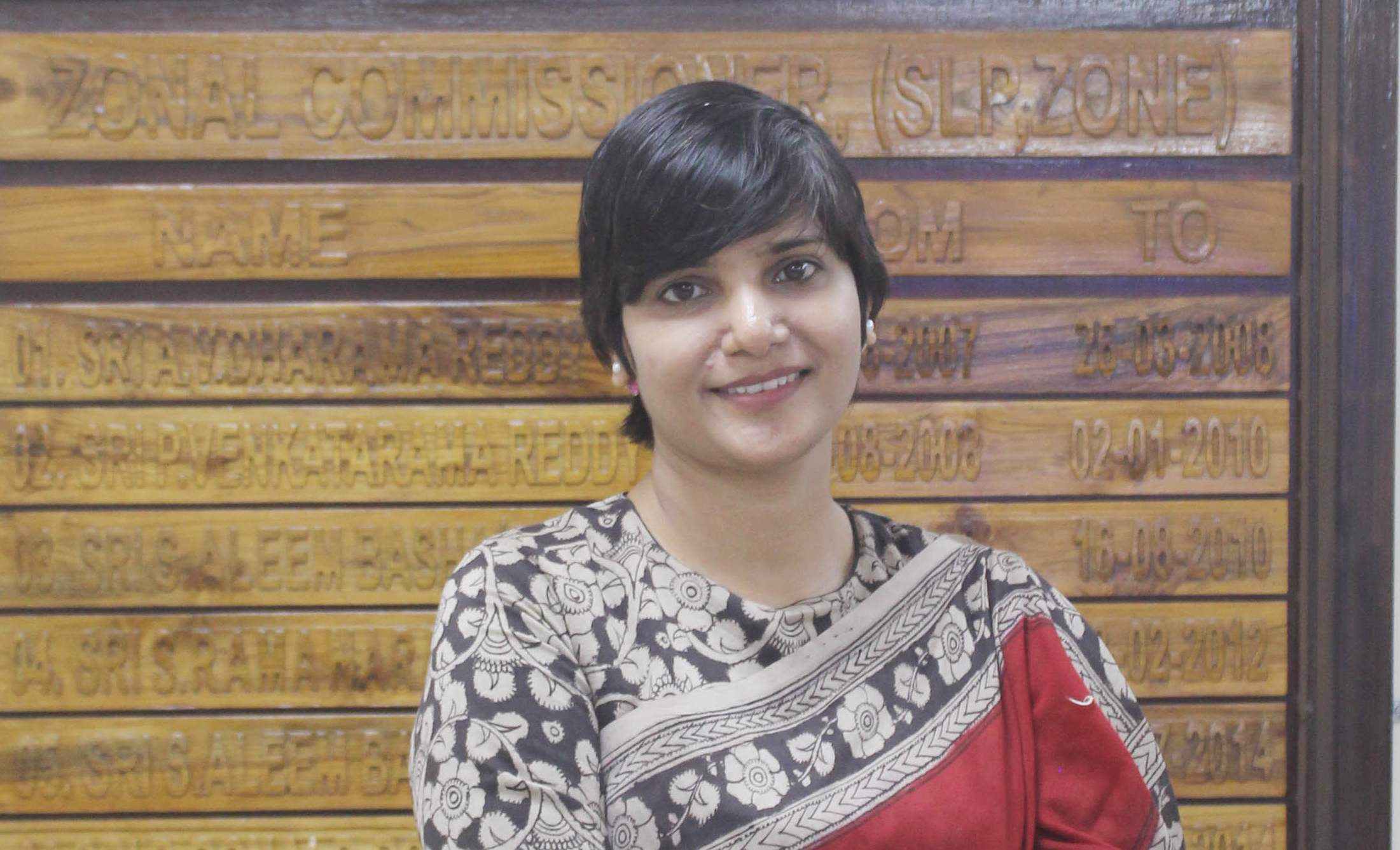 Once you have a family and kids, you’re concerned about the kind of world you would be leaving behind for them, the kind of future you’d be giving them. That’s when you realise that you need to think of the environment now

Currently serving as the Zonal Commissioner (West) of the Greater Hyderabad Municipal Corporation (GHMC), Dasari is leading a massive recycling movement in the city. What began as upcycling of old tires at the GHMC premises to furniture, soon turned into a city-wide revolution. “Nowadays, there are a lot of things that can be made out of recycled plastic like road medians, roofing sheets, furniture and interiors,” says Dasari. These products made from recycled material are being installed at public properties such as pavements, parks and government offices all over the city. Dasari believes that many more uses will keep emerging and she intends to keep using them in the public sector.

Procuring products manufactured from recycled plastic involved high transportation costs at first because they had to be imported from Delhi or Indore. “There weren’t enough manufacturers in Hyderabad when we started. However, as the project has grown over the years, players have turned up in the city and now, we get material from local manufacturers,” says Dasari, pointing out that such positive growth is ensured if the government takes up these initiatives. Influenced and inspired by the new tiles on the city’s pavements, citizens are now looking to implement such recycling in their own backyards and garages.

GHMC office in KBPH Colony, Kukatpally is made out of bamboo and recycled plastic. As much as 800 kilos of plastic waste, including 4.5 lakh polythene bags, was used to make it

Another one of Dasari’s flagship projects is the construction of urban parks in Hyderabad, which now boasts of India’s first ever dog park. Dasari strongly believes that being exposed to nature makes one conscious towards preserving it. Among the new parks that have sprung up around the city, some of the popular ones include the Secret Lake park at Durgam Cheruvu and the Panchatantra Park themed around the book of tales for children. “If you spend 30 minutes with nature, your stress levels come down by 40%. We want more families to come together and interact with each other and with nature instead of going to say, a mall, to relax,” says the IAS officer from the batch of 2010, adding that although there are people who still damage such public property, giving the public these resources will eventually help build collective sensitivity towards protecting them.

An environmentalist at heart, Dasari has worked towards setting up biomethanation plants in the city to utilise wet waste from commercial establishments like hotels to produce CNG and LPG gases. The first of such plants is set to open shortly in Deepthisri Nagar. Apart from these projects, Dasari, who grew up around the green forests of Adilabad, is working towards reaching out to the people right from school children to IT companies, senior citizens and gym owners to do their own bit in order to live sustainably. “I don’t use plastic. I compost intensively at home. No wet waste goes out from my house,” she says and urges people to take steps on their own. “Hyderabad fares better than most other cities in terms of a healthy environment because of early planning -- the city is one of the firsts in India to have a waste-to-energy plant and people here embrace these initiatives more actively. The city is unlikely to have a major water crisis in the next 40 years.”

Paver tiles made of plastic were deployed on around 4,000 square feet of pavements in the city

Dasari left her job with organisations such as the World Bank and BP Shell because she wanted to implement solutions, rather than just handing them out to others. She says that the ability to take initiative and drive changes is what sets the civil services apart from every other job. “Our planet is in a crisis. Global warming is real and urgent. People don’t react unless faced by a crisis, but as policymakers, we can pre-plan and take decisions that can avert dire situations,” she states in a message to aspiring IAS officers.

The three things we as citizens can do, according to Dasari, that can help her do her job better:

- Stop buying single-use plastic items such as plastic cutlery. Start adopting sustainable alternatives at home.
- Be conscious of the cost the environment has to bear in the production of some of the products you use like soaps and cosmetics. Purchase organic, environmental-friendly products.
-Carry a cloth bag whenever you go out. Don’t take plastic bags from shops and stores.