Through The Corridor Foundation, Satyesh Naik is trying to get locals of Sunabeda-Khariar to contribute towards the environment

Simlipal National Park can easily be described as one of the most pristine and untouched forest reserves of peninsular India. Though there is more bad news associated it with than good, it remains untarnished. Satyesh Naik too has been endlessly fascinated with this national park in Mayurbhanj district. Way back in 2011, he requested the Forest Officials for permission to explore it's core through the eyes of his camera lens and he was given the green signal. After his research, he submitted a detailed book, Birds of Similipal Biosphere Reserve, which really impressed the officials. Similarly, the Cuttack-born photographer explored other areas and came out with books like Birds of Satkosia Landscape and Birds of Sundergarh, both of which were published by the Government of Odisha. "Somewhere, I realised that I need to go beyond photography and publishing books, I am capable of more," says the 38-year-old. And once this epiphany took root in his heart, he set his eyes on Sunabeda-Khariar, a part of the proposed tiger reserve at Sunabeda in Nuapada district of Odisha.

Not only is this area on a plateau, but there is also the presence of Naxals. Locals don't have any medical or educational facility around, most children are malnourished. In an area where people are struggling to get by, is there really a point in having a discussion around conversation with them? Not really, which is why April last year, Naik, started The Corridor Foundation with a two-point agenda. First, constantly push the government to declare the area as a tiger reserve. Secondly, to build trust with the locals and work with them to conserve the environment and wildlife. For example, to extract the mahua flowers which would give them alcohol, the locals would burn the leaves around to clear the path and pluck the flowers, which is a great loss to the fauna. Naik, along with his volunteers, convinced the locals, slowly and steadily, through smaller meeting and awareness camps. "The problem is that that some of the influential tribals and the forest-dwellers take no ownership of the forest, they assume that it's the government's and it is their job to take care of it," reveals Naik. So how does one bring about a change? "Well, it's long drawn progress and painfully slow. But one needs to make them understand how, if they don't take care of the environment, it will not yield and will abandon them one day. And moreover, we try to remind them about their children and what will they do to survive if the environment is left to ruin," he explains. 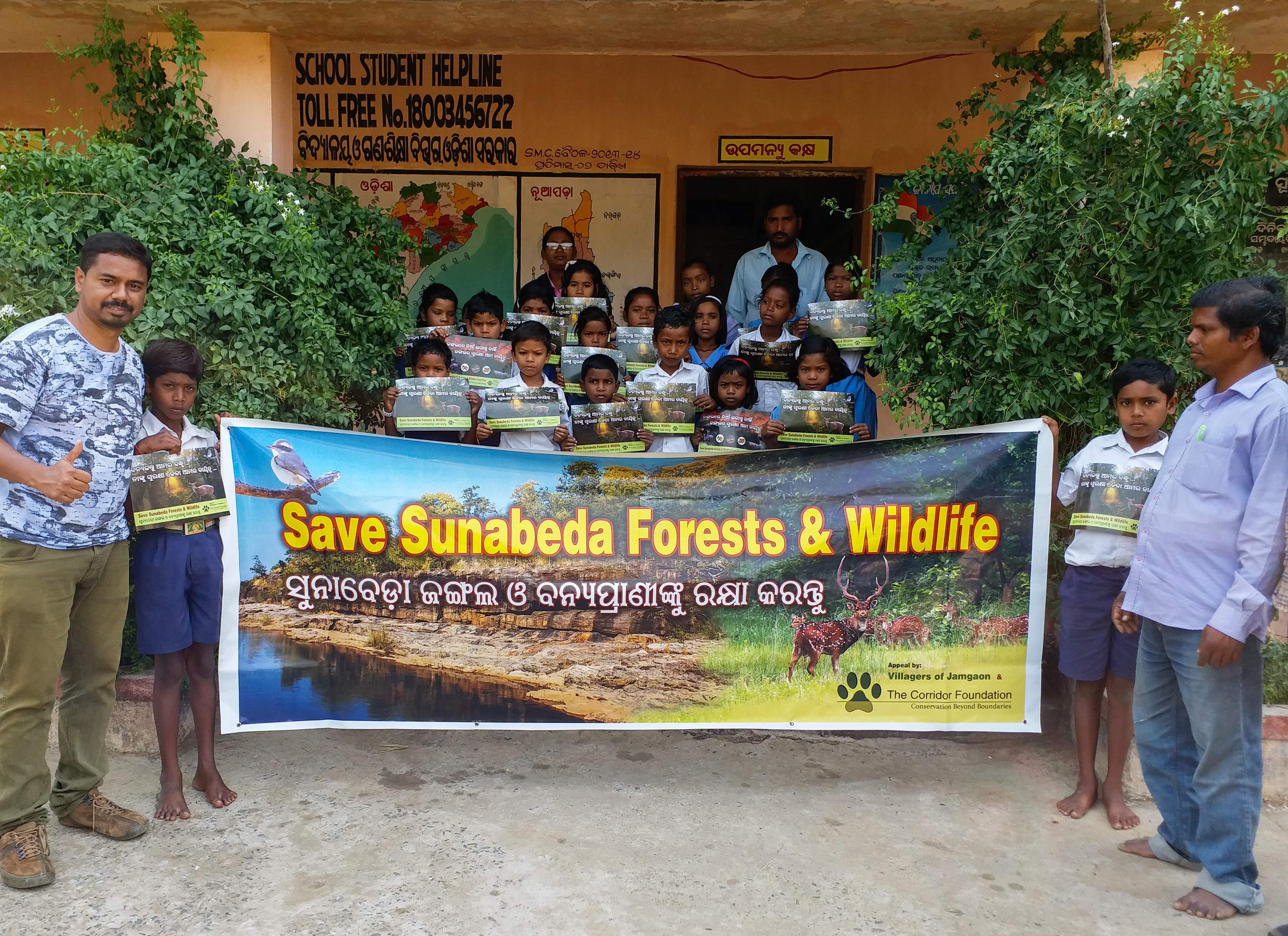 In and around: Naik during one of the awareness programmes near Sunabeda Khariar forests | (Pic: Satyesh Naik)

The Corridor Foundation attempts to build trust in the villagers through awareness camps across multiple villages. They even conduct these camps in schools because Naik believes that it is important to start talking to kids about conservation early on. As the bond between the locals and volunteers strengthens, the villagers even start informing them about illegal activities that take place in the area. "The information that Raipur is the hub for illegal smuggling of hunted products was passed on to us by the locals and now, we are trying to appraise the Forest Department of the same," says Naik  Even the locals depend on them now and think, if and when they are relocated, the foundation will help them get the right compensation, he informs. "If you give relocation compensation to a honey collector, most likely he will sell the land and buy alcohol with some of the money he gets. Therefore, we need to make sure that even after relocation, they are engaged in one way or the other," he says. The journey is long, but Naik and Co are in it for the long haul.

Naik has been working for over 10 years in this field

Did we mention that Naik, who was raised in Rourkela and studied in Bhubaneswar and Pune, currently, is based out of Ahmedabad? He also has a full-time job at General Electric and still does an awesome job as an environmentalist. So how does the photographer-turned-author-turned-conservationist do it? "I had another epiphany, thanks to my boss, who told me that instead of quitting my job and struggling with finances, I should earn and invest back into the environment and it made a lot of sense to me," he shares. Hence, all that Naik does, he does for the environment.

- Talk about forests and reserves
- Every landscape has some importance and give it that respect, even a desert contributes to the environment
- Work with children and the local community to spread awareness