In the dry grasslands of AP's Anantapur, conservation biologist Siddharth Rao is on a mission to revive forgotten ecosystems

Trying to restore ecosystems without respecting its uniqueness is the greatest threat to the environment right now, believes Rao

In peninsular India, savannah grasslands are classified as wastelands because the foresters of the erstwhile British empire only viewed the ecosystem as a timber resource. This colonial-era misclassification was never truly set right, causing a gradual degeneration of the land over decades that has put at risk the area’s flora and fauna, has contributed to growing man-animal conflict, while affecting the lives and the livelihood of the indigenous people. Conservation Biologist Siddharth Rao calls these the ‘forgotten ecosystems.’

Six years ago, Siddharth teamed up with The Timbaktu Collective, which harnesses the local community’s knowledge and understanding of the natural ecosystem to regenerate the once barren land around the arid region of Anantapur district of Andhra Pradesh and resuscitate the biodiversity of the area. The mission began over two decades ago when the collective’s founders restored over 32 acres of Timbaktu with the help of the locals. Following that, the Kalpavalli Project in villages around Urudala Konda and Thumma Konda in the Anantapur district was set up. “It was initially an experiment with 100 acres in one village,” says Siddharth, who holds a Master’s in Ecology from Pondicherry University. “The founders spent a year in the village getting to know people. They protected that area for one season and the result was that the once barren area had grass for animals and some water. Then, shepherds from the neighbouring village stole a little bit of that grass and this led to a fight. But the positive outcome of the clash was that the people from the said village joined the mission, and took it up as a challenge. They said, ‘Okay you guys did 100 acres, we’ll do 200 acres, and we’ll do a better job.’ That’s how it gradually spread,” says the 37-year-old.

Rao has been working for over 18 years in this field

Better together
Fast forward to 2019 and The Timbaktu Collective has restored and protected 9,000 acres of land from 10 villages in the Kalpavalli Community Conservation Area (KCCA). Siddharth, who was born and raised in Bengaluru, says, “The Kalpavalli Project is holistic in terms of biodiversity and wildlife conservation. There’s a wolf sanctuary for the endangered Indian Grey Wolves. We have an education component, along with elements like organic farming and co-operative watersheds for irrigation.”
When asked about the sustainability of the project, Siddharth is confident, “It is sustainable because there is complete community buy-in. Committees from 10 villages are federated into a permanent co-operative. If one village messes up, there is pressure from other villages. It has taken time and effort to get everyone involved, but it will certainly help sustain the entire project.” He also opines that if these locals receive an incentive to preserve their ecosystem, they would be more willing to come forward and take up the responsibility.

In 2011, a power centre set up wind energy mills around KCCA. The din from the windmills’ turbines and from the maintenance crew allegedly drove wild boars from the surrounding forests into the farmers’ fields, damaging their crop. They drove away rain clouds and reduced groundwater levels. “Many green projects don’t need environmental clearances because they’re supposedly ‘green’,” quips Siddharth, who is currently based out of Anantapur. He adds, “These large-scale commercial projects alienate local communities. Their intention isn’t always to set up clean energy — it’s also profit. So they use the easiest method to get there. Ironically, they don’t consider the local environment either. This lack of planning is putting at risk large areas of wildlife.” 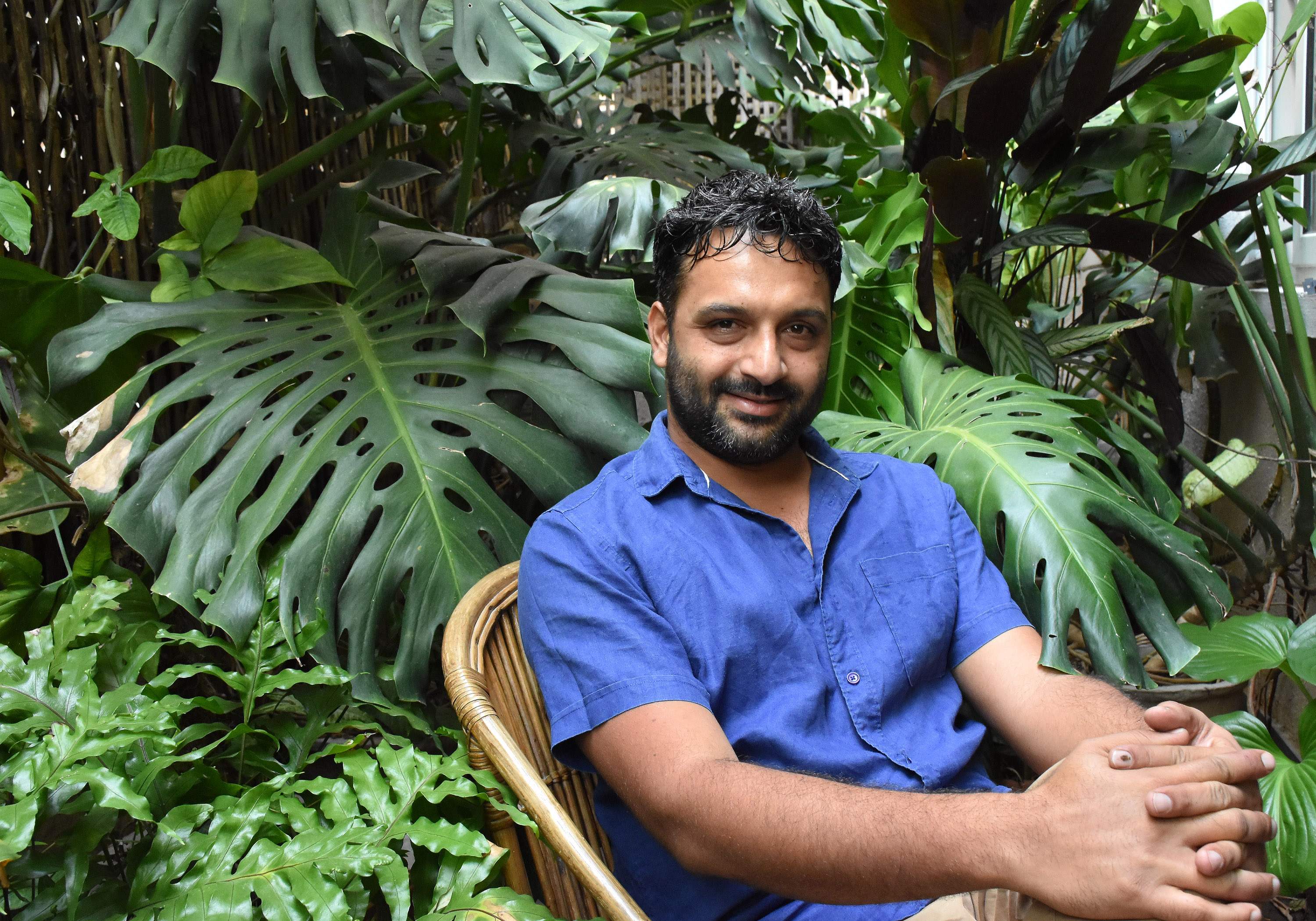 Green on his mind: Siddharth informs that 80% of our wildlife is outside of government-protected areas | (Pic: Udayshankar S)

Their USP
So, what makes The Timbaktu Collective and Siddharth’s own view of wildlife preservation stand out? As the KCCA’s resident ecologist, Siddharth says, “We understand what the rural community needs and utilise their traditional knowledge about their ecology. We’re not throwing all of that out. There is an interconnection between the communities and the nature around them. The government is often well-intentioned, but it does these large-scale reforestation programmes of monocultures of non-native species which is a big danger.”

His own
Siddharth is also the co-founder of the Adavi Trust which works on nature conservation and sustainability. On his work of working with snake catchers in Agumbe, he says, “There’s a particular reverence among the rural people for the King Cobra. Earlier, if a snake wandered into their house, they would let it be and wait until it went away. These days, the snake catchers create ruckus in the process of trying to catch the cobra. We’ve tried to reverse that, calm the situation and find solutions and options. Rural folk actually save wildlife; they’re not the enemies,” he shares.

"Haphazard development has changed ecosystems, but the good thing is that there are more and more people getting involved," says Rao

How open is the public to this field, we wonder. He says, "It is difficult because, for some reason, people are not able to make the interconnection. Although people in the city are running out of water, they’re not talking about river restoration. Bengaluru is a good example. They’re buying their water because they’re running out of it. They’re talking about building dams and borewells, but they’re not talking about river ecology. If they try to fix their rivers or their lakes, they will have water. The rural people are facing the real brunt of it."

After 18 years of working in this field with passion, Siddharth’s motivation to keep going is simple, “There is a dangerous trend of things to have a monetary value for it to be of any use to us. That can be leveraged to protect wildlife sometimes. However, there is an intrinsic value to everything in nature. Even the process of rock formation has its own beauty. It has taken millions of years to evolve and it should be respected.”

- Get involved. You can’t sit on the sidelines and be an armchair conservationist. You have to talk to the local forest departments or help NGOs.
- Get your kids to connect to nature in a respectful way. Most of my colleagues work in this field because they’ve had a strong link with nature growing up. I used to climb trees and swim in lakes as a child which is where I get the passion to protect it. Otherwise, I wouldn’t be working here.
- Ask questions when the government says, “This is development. This is the only way to do this.” Put in a thought for wildlife and nature and factor that into decision-making.