TA Pugalarasan from Periya Neelankarai, a hamlet on the outskirts of Chennai, has been fishing since he was old enough to hold a net. He never thought of the ocean as anything more than a means to fish. But things changed in 2002. Now, 17 years later, he is rescuing and rehabilitating sea turtles with such frequency that it has become his primary job. He seldom goes out fishing.

The Force is with him

Pugalarasan walks down memory lane to that one morning in 2002 when he was at the beach and someone from his village came to him with a job. "I am known to be a good swimmer so this person asked me to take a stranded turtle and leave it in the deep sea. That was the first time I rescued a turtle, completely clueless of what I was doing," says Pugalarasan. Saving 'em All: Once Pugalarasan comes across injured or stranded turtles he carries them back to the foundation and takes care of it (Pic: Shreesha Ghosh)

"I came to know about the Tree Foundation and its founder Dr Supraja Dharini and she helped me learn about the ocean and it's biodiversity. I realised that I had only taken from the ocean and never given anything back. I realised it's time for me to help the ocean and the life that thrives in it," says the 38-year-old fisherman who is now a member of the Sea Turtle Protection Force (STPF) along with more than 160 other fishermen.

Once Pugalarasan comes across injured or stranded turtles he carries them back to the foundation and takes care of it. Depending on the wound, a vet is called or the turtle is taken to the hospital. "The turtles are deep-sea animals and their food is only found on the ocean bed. They have to dive down to eat but they also need to surface every 45 minutes to breathe. That's when they get stuck in fishing nets that are put up. Their flippers get stuck and the more they try to struggle out of it the deeper it cuts," explains Pugalarasan. He is currently tending to six injured turtles — one of whom will probably have to stay out of the sea forever as two of his front flippers are missing. 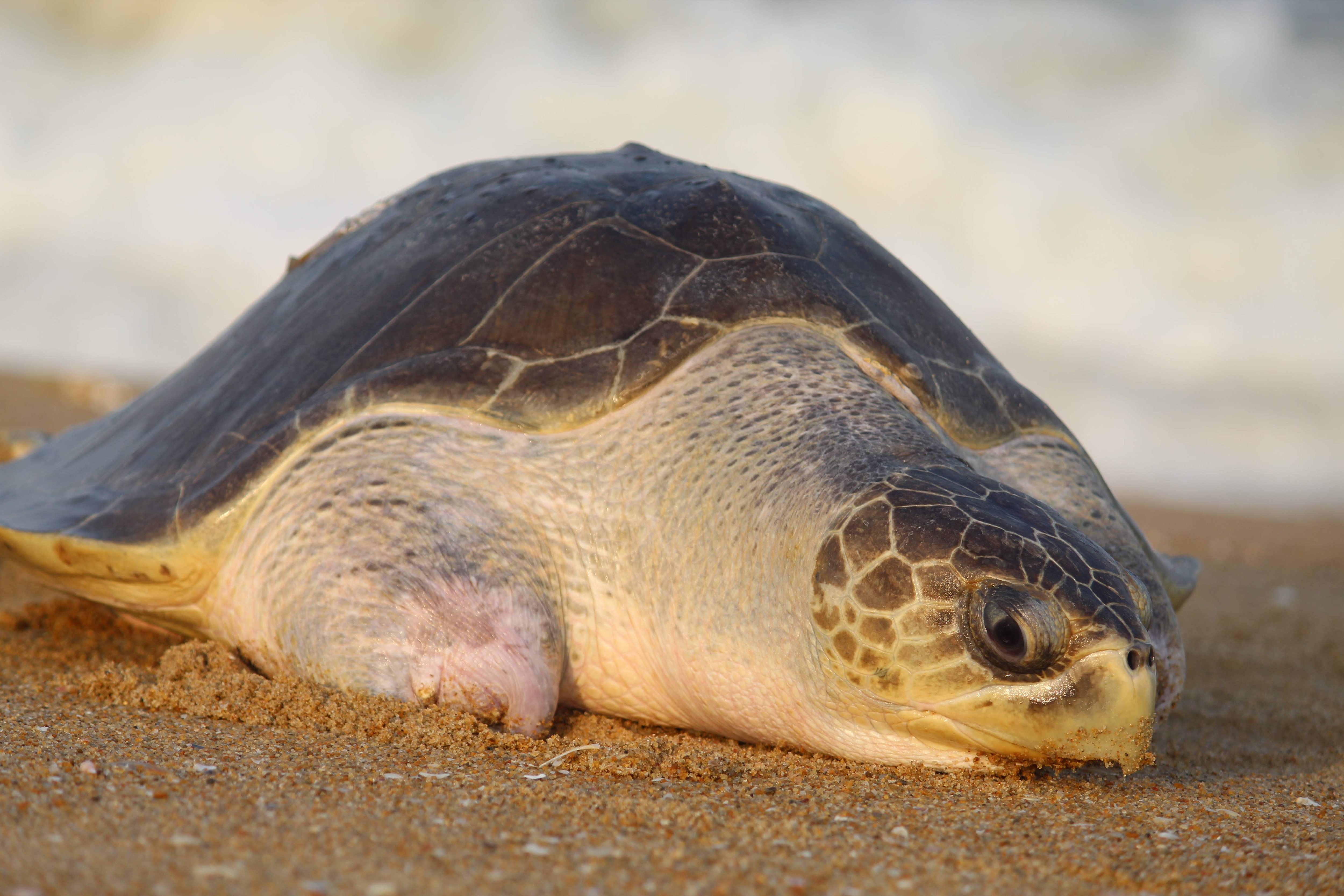 Back Home: Pugalarasan treats the turtles and leaves them back at the deep-sea where they Belong (Pic: Prajanma Das)

"The big fishing trawlers are a menace to the sea. The nets attached to these go down to the sea floor and drag through it, taking all marine life with it. The turtles get stuck in the net and cannot come up to breathe. Some trawlers takes three to four hours to come to shore. The animals are already dead by then," laments Pugalarasan.

Awareness, he believes, is the key to preventing over-exploitation of marine resources. Pugalarasan has been to more than 500 coastal villages in Tamil Nadu and Andhra Pradesh to tell people about turtle conservation. "The only place I had a hard time connecting to the people was in Thoothukudi. All the villagers in that region eat turtle. They don't leave anything but the shell," says Pugalarasan.

We now have a network of people working for us who help us save turtles. We work with the Marine Police, Fisheries Department and the Forest Department as well

Pugalarasan won the Ocean Award from Boat International in 2017 for his work in promoting sustainable fishing, protecting sea turtles and spreading awareness about endangered marine species. "I want people to understand that polluting the ocean is the worst thing that they can do to the environment. The sea is not something to be used for its resources. The beach is not their picnic spot. We need to conserve and make sure that for everything we take from the ocean we give something back," he adds.