This Odisha lad has rescued over 6,000 snakes and 1,500 birds. This is his inspiring story

Whenever there is an animal that needs rescuing in Jeypore and thereabouts, Krishna Keshaba Sadangi receives a call and he jumps into action

A seven-inch cobra had entered a school in Jeypore, in Odisha's Koraput district. The veteran snake-catcher was summoned, but his appearance was delayed. Deciding to take matters into his own hands, Krishna Keshaba Sadangi, who was in class IV at the time, trapped the snake in a bag and released it into a dry well. When he was in class IX, another opportunity presented itself in the form of a four-feet long cobra, which Krishna safely caught and released into a nearby lake.

Not quite ancient Hiss-story
"If I have succeeded twice, I should be able to do it again and again," reasoned Krishna, who was brought up on a healthy diet of National Geographic and Discovery. But Krishna was certain that learning from YouTube alone will not suffice, so in an attempt to gain more knowledge, he contacted Gerry Martin, herpetologist, conservationist and founder of The Gerry Martin Project which works towards education and conservation of wildlife in Karnataka. And before he knew it, he received a kit, complete with two rescue hooks, kit bags and more, along with a guide to Indian snakes written by Ashok Captain and Romulus Whitaker. 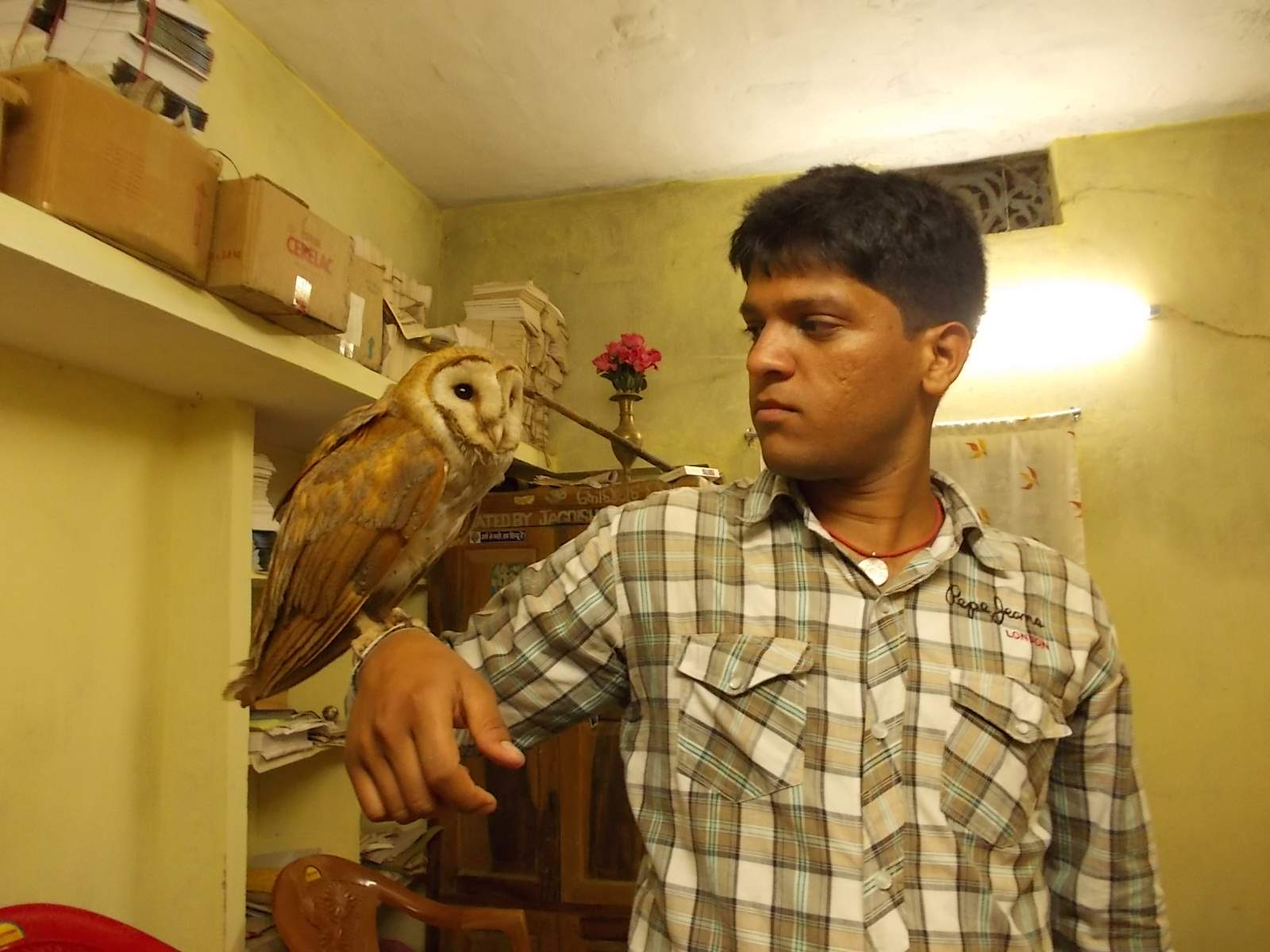 This was in 2011 and amidst the growing popularity of Krishna as an animal rescuer, in 2014 he started Wild Animal Rescue Team on Environmental Awareness and Management (WAR TEAM) along with a few of his friends. "I thought we should do this in a more organised way," shares Krishna who did his English (Hons) from Vikram Dev Autonomous College, Jeypore. And by then, he had graduated to rescuing bears, spotted deer, owls, wild boars, porcupines and every other animal that is in need of saving.

World at war
With WAR TEAM, Krishna had a whole strategy in place. Leveraging the fact that whenever they were out on a rescue mission, people would gather around, curious to see what's going on, he started mini awareness sessions on the spot. The team would bust myths associated with snakes — myths like the one where if you kill a snake, it's mate will find you and kill you. This way, their network expanded and support and rescue operations grew in number. This support has even helped them sway tribes who would irrationally hunt anything they see. "When we would approach the tribes to educate them, villagers would stand by us and urge the tribes to listen to us," Krishna explains.

Human interference is the biggest threat. He urges everybody to use their conscience

He describes a recent incident which occurred on April 17, wherein the tribals were celebrating a mass hunting festival and in the process, had killed a barking deer and injured another one's leg. "I had to take the deer to Bhubaneswar to get it operated. Currently, he is recovering at home," shares Krishna, on whom a documentary was made by BnR Films.

Rescue on his radar
Many people are also in the habit of illegally rearing spotted deer or peacocks, so the team would recover such animals and release them into their original habitats. Krishna also narrates how, with the help of the Forest Department, he conducts raids which help them bust rackets which sell parakeets, bush quail and other such birds illegally. "It's a sorry state of affairs because despite rescuing bush quails, a few of them don't survive because the first thing the poachers do is break their wings. We try to help every bird, but when they pass away, we bury them with dignity," he explains in a sombre tone. 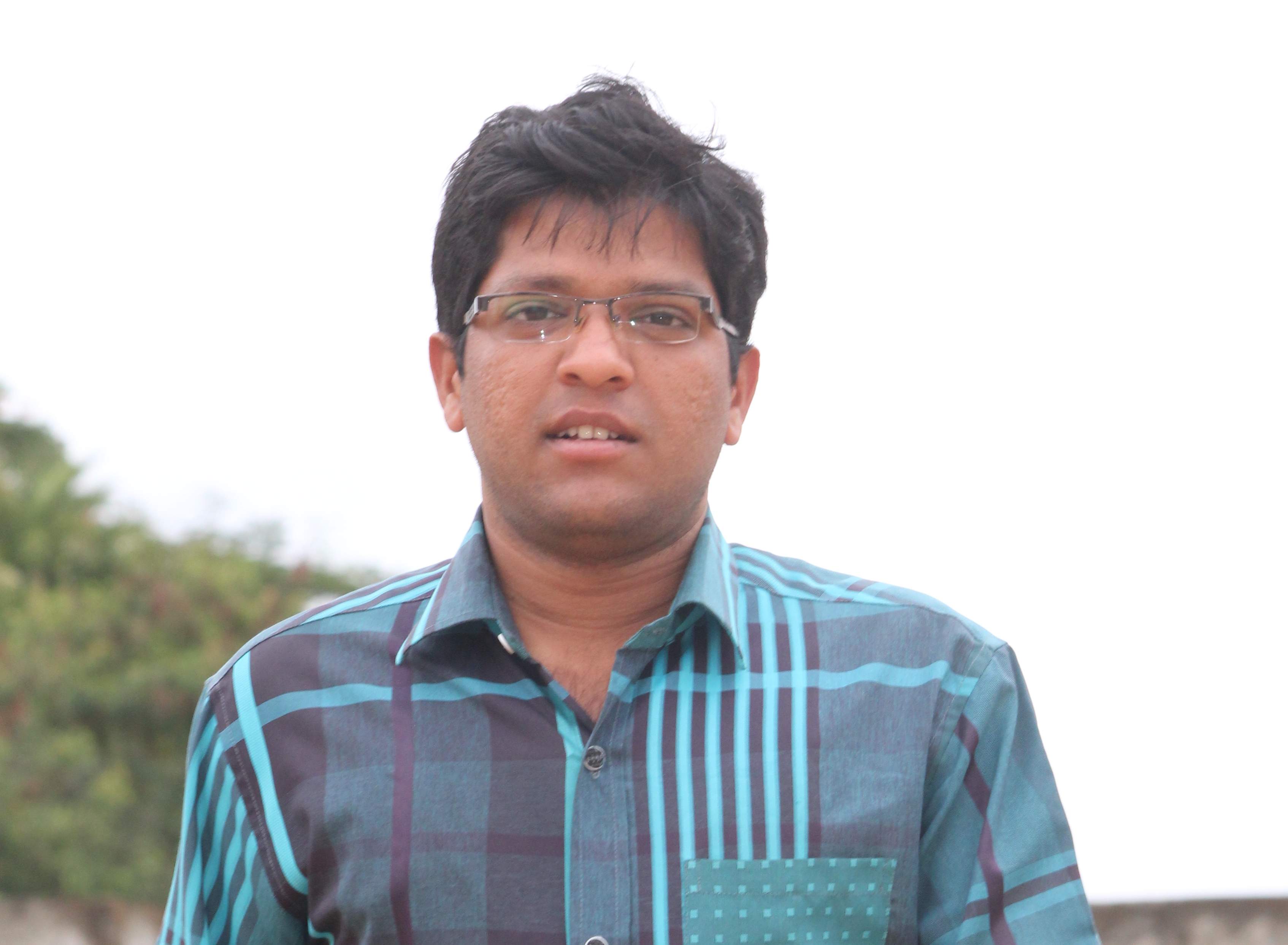 In full form: Krishna is on the lookout all the time when it comes to animal rescue | (Pic: Krishna Keshaba Sadangi)

In case you are wondering, yes, he maintains a detailed record of all his rescues. Through such raids, he has rescued more than 1,658 birds, among which barn owls alone are 47, 700 bush quails, 400 parakeets, 17 peafowl, 14 kingfishers and many others. Apart from this, he has rescued 6,000 snakes, 132 mammals of 12 types and so many more. Where does he get the funds to rescue them when the Forest Department bails out, we think out loud. He explains there are some generous friends who pitch in. And for the medicines, the local stores are familiar with him and his work so they often offer huge discounts, if not give him medicines for free.

Krishna's dream is to see Royal Bengal Tigers and vultures dwell in the district of Koraput, just like they used to half a decade back. "I want people to be so motivated that they stop cutting trees, which will increase the wildlife. The prey density then will go up and it is only then that the predators will come," explains Krishna.

What we can do to help Krishna out:

- They want help with logistics. If they get a jeep and a projector, they can tour areas and educate people through it
- They are also in need of volunteers who, in turn, don't expect money from them
- They need the support of everyone involved in the ecosystem