Meet Vinu Daniel, a Kochi architect whose designs are literally cool at the height of summer

Architect Vinu Daniel builds structures in a completely eco-friendly way. He tells us how modern architecture is a threat to the planet and why we need to change in a hurry

The story begins somewhere around 2012. Biju Mathew, a school teacher in Kochi was adamant about not building a house unless he found an eco-friendly alternative to concrete and cement. He had an empty plot in the city, where he had let a neighbour, who’d built a house recently, dump the construction debris. Soon, Mathew’s plot turned into to be a dumping yard for construction waste, which had piled up to form a tiny hillock.

Mathew was disheartened to see the state of the land, where he had pictured his dream home. One day, he met architect Vinu Daniel, who was exploring eco-friendly alternatives to construct structures. Mathew informed him about how trusting his neighbour was a mistake and wondered what to do with the trash. But Vinu had other ideas. “The disposal of the waste would have been a bigger problem. We didn’t want to give the same trouble to another person. So, I thought of mixing the debris with red soil, cement and M-Sand (manufactured sand) and use it to construct the house,” he says. The wall is both cost-effective and durable. Also, it is almost impossible to think of a better way to manage waste. Vinu has, until now, worked on five structures with debris wall. The fifth one is a resort, which is yet to open. 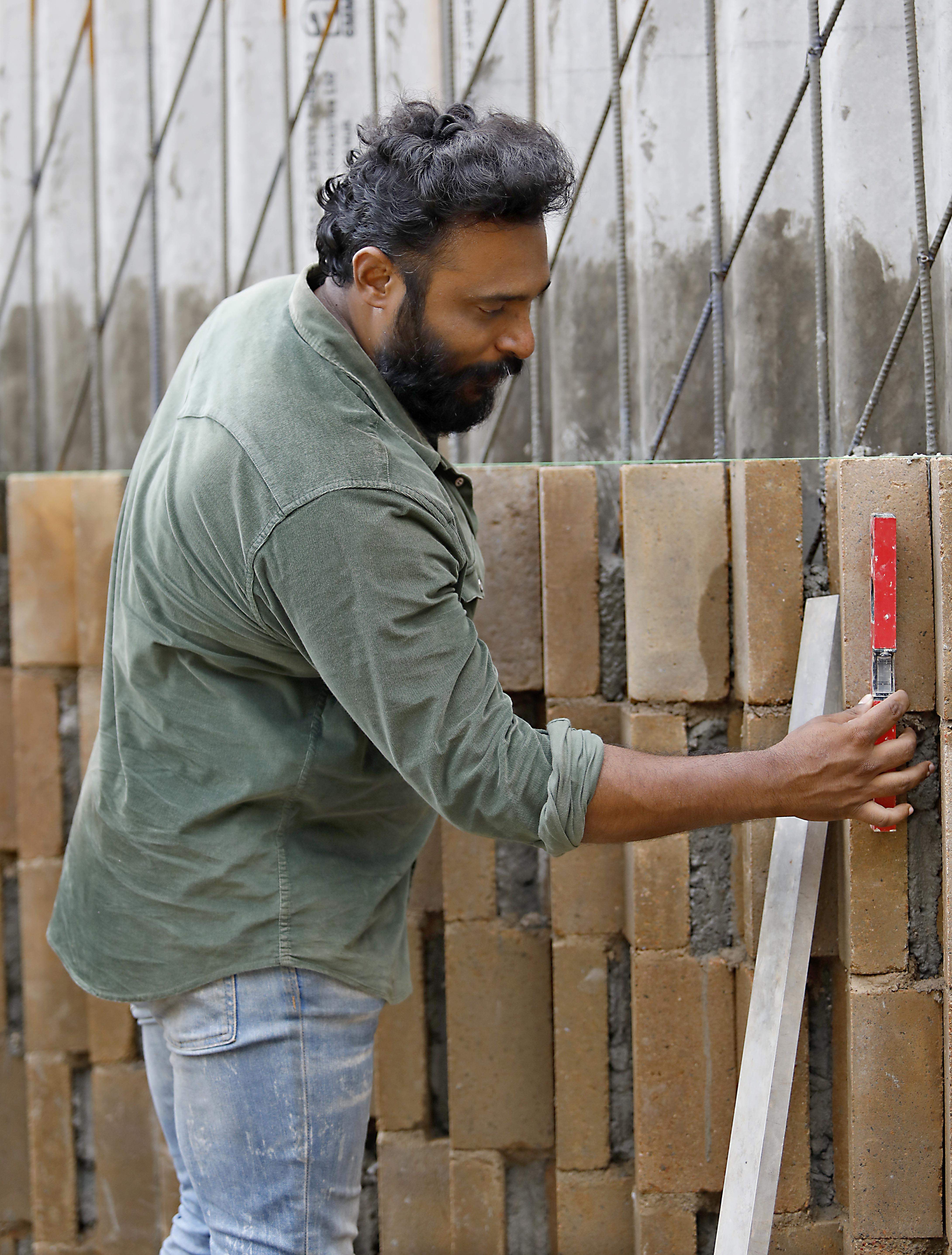 Now let us talk about the architect who holds two patents in his name for Debris Wall and Shuttered Debris Wall. As someone who is constantly on the move looking for ways to make construction more sustainable, Vinu tells us that going green is no longer an option, it’s a compulsion for 21st-century humans. “We cannot ‘consider’ the ‘option’ of eco-friendly construction while building structures. For our generation, it is a necessity. We aren’t left with any other options. Architecture is no longer a profession, but it has, in fact, become a hazard,” he says. “Do you know that construction accounts for 35 per cent of environmental pollution?” he asked us, while we stood stunned.

What led Vinu to green architecture, we wondered. “That is every architect’s dream,” he says. The only difference was that he was a bit too adamant in following that dream. “I am keen on questioning things. Also, I wanted to make sure that I’m doing something beneficial for the future generations through my work,” he says. So, after graduating from College of Engineering, Trivandrum, he headed straight to Auroville Earth Institute, where he was exposed to more ways of eco-friendly construction. “There, I learned to build structures with Compressed Stabilised Earth Blocks. After returning to Kerala, I continued these practices. But these green methods are still in their infant stage. It will take time for the labourers to get used to it,” he says. Vinu has also administered the construction of houses with thinner brick panels which successfully withstand heat.

Cutting down trees was always an easy option for most us because we didn't plant them. They were planted by our forefathers. Also, contrary to popular beliefs, trees haven't toppled down any structure. They aren't supervillains

Apart from finding greener building materials, Vinu aims to construct structures in a way that they stay cool, even without using an air conditioner. “All the structures are built to withstand heat and stay naturally cool. Living in an air-conditioned atmosphere is neither good for us, nor for the future generations,” says Vinu. “Keralites have accustomed themselves to the heat by cutting down the vegetation and using methods that make our houses hotter. In fact, every part of modern-day buildings, starting from pavement to the roof, generates and traps heat. I’d say that every house in Kerala these days is an example of how a house shouldn’t be built,” he says. So, what should one do to make sure that their houses are cool naturally? Vinu has a solution for us. “It is simple. Do not pave, plaster or paint. Also, create more options for ventilation. More importantly, do not cut down the trees. Let them grow,” he says, adding, “Cutting down trees has always been an easy option for most of us because we didn’t plant them. They were planted by our forefathers. Also, contrary to popular beliefs, trees haven’t toppled down any structure. They aren’t supervillains.”