The rescuer of animals: How Zabi Khan is building a sanctuary for injured animals in Hyderabad

Zabi Khan has been working in the field of animal rescue for nine years now. He has been recognised and has won many awards for it as well

Did you know that 89% of women who have pets while being in an abusive relationship reported that their pets were threatened and abused too? Animal abuse was found in 88% of the homes in which child abuse was being investigated. Also, 43% of those who committed school massacres are child abusers too. Zabi Khan is a staunch advocate of this strong link between animal abusers and those who commit grievous crimes. "It's high time that people understand hurting an animal hurts us all," says the 21-year-old. For now, this Hyderabadi is committed to making others like the government and the police see and understand this link.

Zabi's journey of animal rescuing started early on, at the age of 13, when he picked up a sick puppy who eventually passed away. Even then, he couldn't understand why the puppy deserved a death like that and why couldn't its previous owners have cured the disease instead of just abandoning it. Eventually, as a student of KG Reddy College of Engineering and Technology, Zabi famously convinced his college authorities to start an animal shelter in the college premises apart from starting an NGO called A Place to Bark to rescue and rehabilitate animals who were hurt, lost and abandoned. And now, he has initiated an animal rescue sanctuary in Hyderabad's Toli Chowki, on a one-acre land due to be inaugurated among esteemed guests and celebrities. This sanctuary will strictly have no cage policy, unless an animal has a medical condition which warrants him to be in one, will have open enclosures for at least 30 dogs with huge partitions. They also plan to have a cat tree, a 500 square feet play area and eventually, a swimming pool as well. Zabi and other volunteers will rescue animals and rehabilitate them in this sanctuary. 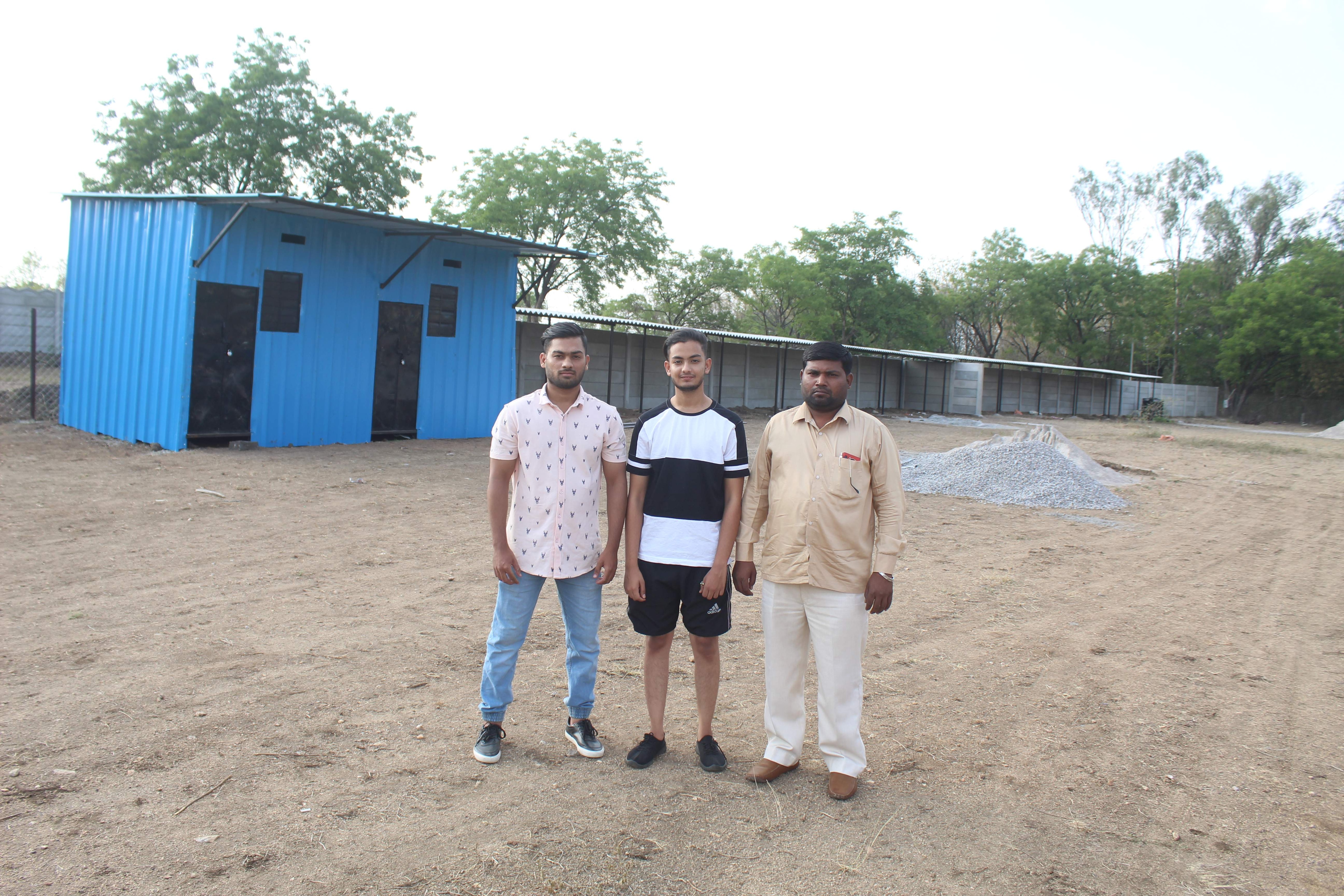 All in this together: (L-R) Syed Basith, Vice-President of A Place to Bark, Zabi Khan and Mohd Younus who is supervising the construction (Pic: Sathya Keerthi)

"Most animal shelters look dismal and dark, the cages give out such a vibe, but this sanctuary will be a luxury and truly, a first of a kind in Hyderabad," says Zabi, who plans to inaugurate the sanctuary by the month of June. This space will also serve as an awareness and educational centre where the ones interested will be taught about the importance of social entrepreneurship and animal rights. This grand plan may sound appealing now, but materialising of it has been hard work, behind which, Syed Basith, Vice-President of A Place to Bark and Mohd Younus who is supervising the construction of this sanctuary have a huge role to play. They have collaborated with Nestaway, the home rental network and intend to join hands with other organisations and educational institutions too.

For all this, Zabi credits the people on his team. His advice for them, and anyone who wants to be a change maker is, "We need to have four skills. Empathy, scheme of things, creative problem-solving skills and the aim to be a catalyst, not a leader," he says. We believe that it is these qualities that enabled him to bag honours like National Youth Icon for Humanity 2018, Pride of Telangana 2018, World's Youngest Animal Rights Activist and more. "Youngsters need to feel like their existence is making a difference in the world and that their life has a meaning. Finding a cause and being good at it always makes people confident as one feels like they are a part of something bigger," says the youngster. The point is to make people understand that they are capable and responsible for the cause. And once you spark the spirit of activism in someone, it's a chain reaction, he believes. "It is the society today that believes that youngsters are lazy and not committed, but there are young changemakers who are doing their bit. People judge me by my age too, but I know I am committed to this cause with all my heart," he admits. The journey ahead is long, but not impossible. Zabi intends to open more shelters across the country. He wants to also focus on system-level changes to fight the existing laws which allow animal killers to get away with a mere fine. Zabi has rescued more than 3,000 animals till date and stopped keeping count once he crossed this mark. Because now, the numbers don't matter to him anymore. It's all about inspiring others and doing what he can to help any animal who needs help.

On another note, now it's time for Zabi to graduate from KG Reddy College of Engineering and Technology. He wants to ensure that the shelter he started runs seamlessly even in his absence. So in a heartwarming gesture, the college is offering an Animal Rights Activist scholarship of `4 lakh. We wonder, if one youngster with his grit can bring about a change like this, one can only imagine where we will be if all youngsters find their purpose and determination too. 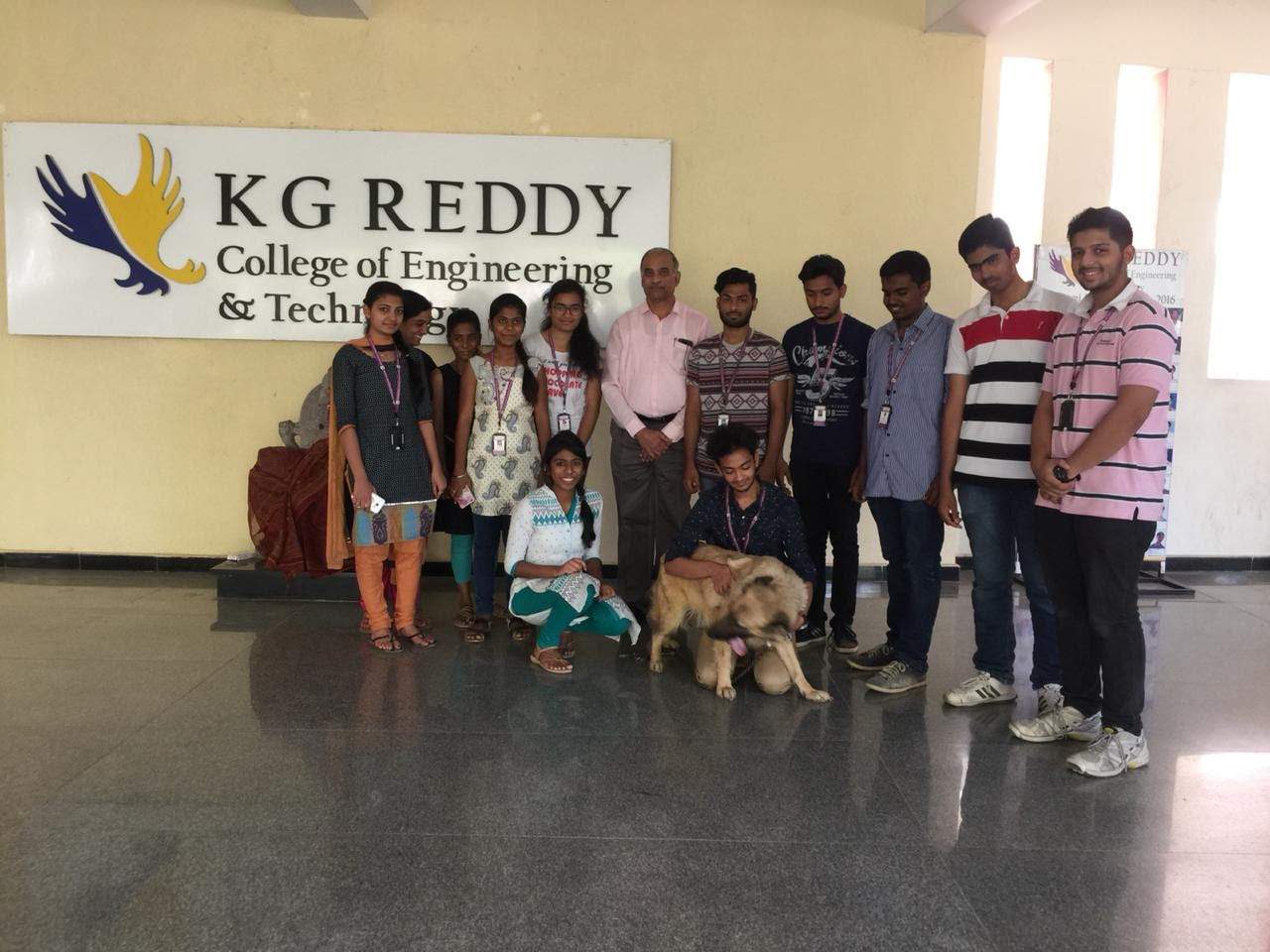 In one frame: Zabi and his college mates on campus | (Pic: Zabi Khan)

The three things that we can do, to help Khan with his work: