Why AI can get your MOJO on: Rajamanohar Somasundaram and the farm connection

Most environmentalists would argue that technology has affected nature in more ways than one. But 38-year-old Rajamanohar Somasundaram is actually using his technical genius to help reduce the carbon footprint. In 2018, he founded Aquaconnect, a platform aimed at providing scalable eco-friendly and farmer-friendly innovations in aqua farming. Working mainly in the shrimp cultivation sector, Aquaconnect helps farmers maintain the water quality to ensure better yield, while also preventing nearby water bodies from getting polluted.

Rajamanohar, an IIT Kanpur graduate first started working in the internet banking sector, back in 2004. "It was the beginning of the digital transformation of many sectors," he says and adds, "That is when I got bitten by the entrepreneurial bug. We were making mobile applications. I was working at Hexolabs, one of the few companies at that time to make mobile applications. At one point, I began having an interest in the African market. Africa was more developed at that time with regard to the mobile sector." 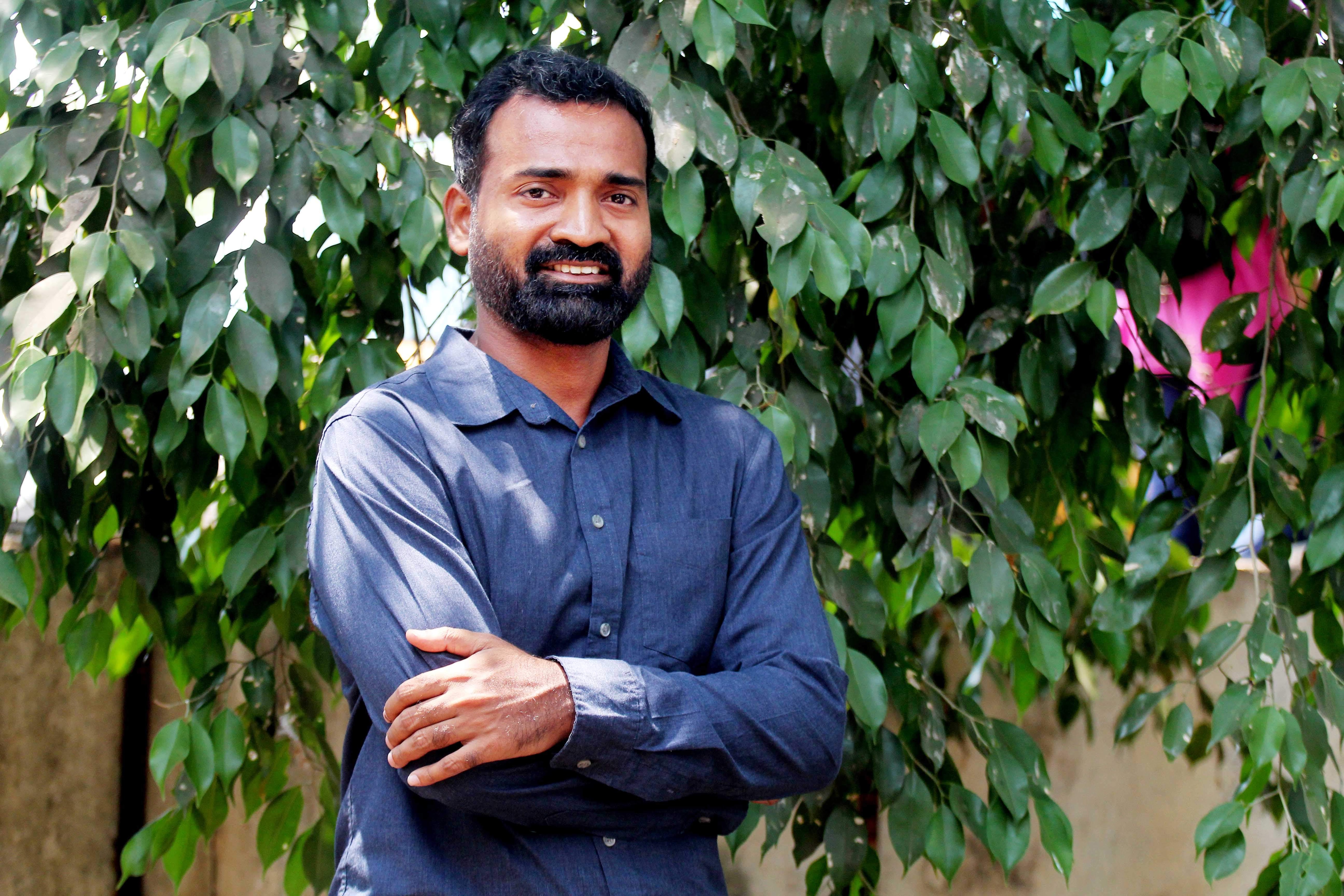 Back in time: Rajamanohar, an IIT Kanpur graduate first started working in the internet banking sector in 2004

One of the most challenging tasks he had at that time was handling SMS Wiki, which was nothing but a google search service for basic phones. It was basically aimed at bringing the power of internet search to mobile phones. That way, Rajamanohar always had a connect with ground reality.

But Aquaconnect was an accidental journey for him. Three years ago, when he was on a train to Chidambaram, his hometown, he was sitting next to a man who claimed to be a farmer. Rajamanohar assumed he meant regular agriculture, but on further discussion, he said he was actually cultivating shrimps. "I was surprised," says Rajamanohar,  "because I always thought shrimps just grew in the ocean. But he told me that 95 per cent of shrimps that are consumed in India are cultivated in farms. It was a revelation for me. I went back to my office and did some research only to realise that this is a seven billion dollar industry." 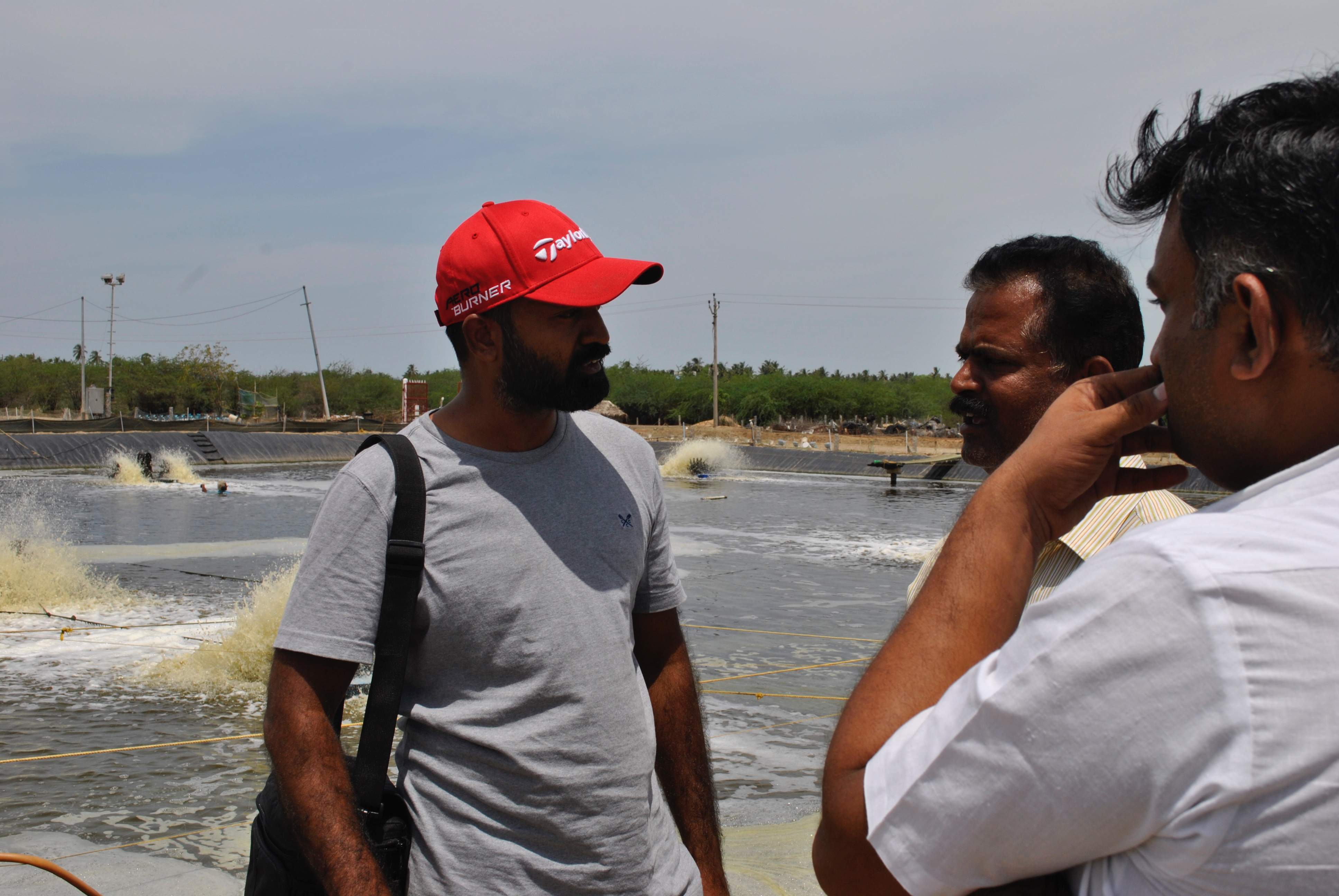 Ground reality: Rajamanohar in conversation with shrimp farmers about the challenges they face

Rajamanohar then went to his farm several times. He understood that though it is a huge livelihood activity in the coastal region, it makes a big environmental impact when farmers are not adhering to certain water quality monitoring standards. So he decided that he could do something to reduce the environmental impact due to poor water quality management as well as improve the livelihood of farmers.

"There are two main problems the farmers face," says Rajamanohar. "One, most of them migrate from agri to aquaculture. In coastal areas, lands have become saline, so they're not fit for agri practices. People are pumping water day in and day out, so the water table has receded. This water is being replenished by sea water. So lands become saline in nature, making it unfit for agriculture. So they have moved to aquaculture, mainly shrimp farming. They get the bay shrimps from hatcheries, then they create shallow man-made ponds, filled with saline water where the shrimps are grown for about 150 days. During that time, they are fed with minerals and probiotics to aid the growth. When they're fully grown, they're taken to the middlemen and then exported."

These are traditional farmers who have no knowledge of technology. It gives them the money and good export potential, but at the end of the day, they don't have the productivity because of lack of technical assistance and secondly, since they are not maintaining the water resources well, it affects nearby water bodies and pollutes the ocean gradually, which in turn also affects the aquatic life.

To solve this, Rajamanohar and his team have come up with an AI-based advisor called FarmMojo. If you key in some of the values like salinity or ammonia levels in your pond, it'll give suggestions on whether it is high or low for the sea life to survive. It captures what is going on in the farm and advises the farmers. Because of this, they don't need middlemen and can get at least 5 per cent more in revenue. "Most farmers cannot afford a water treatment plant, as per the regulations for shrimp cultivation. If water quality is maintained, it is good for the animals and they grow organically. You need not add too many minerals or antibiotics. This is where we come into play, we help them manage water quality. The farmers need to have better productivity and the environmental goal is to avoid pollution. We provide the technology to make it a win-win situation for all," he adds.

The team was recently in Indonesia on the invitation of the government to implement FarmMojo in Indonesian farms. This year, they are planning to deploy FarmMojo in Malaysia. By next year, they will be planning to deploy it in Vietnam, Thailand and Indonesia. In India, they are currently working in three states - Tamil Nadu, Andhra Pradesh and Gujarat. 'We are helping about 3,000 farms and 600 farms so far," says Rajamanohar.